10 things you should do in Bilbao

Bilbao is widely known for its thriving art scene but you will soon discover that there is so much more to this exciting city.

The biggest city in the Basque Country is surrounded by imposing mountains and has a skyscraper-filled city centre. It’s an industrial city that has transformed itself in recent years. Largely due to the opening of the Guggenheim Museum.

Bilbao offers you opportunities to appreciate art, taste delicious food and take in other fascinating attractions. There really is so much for you to see, so we’ve made this list of 10 things you should do in Bilbao. 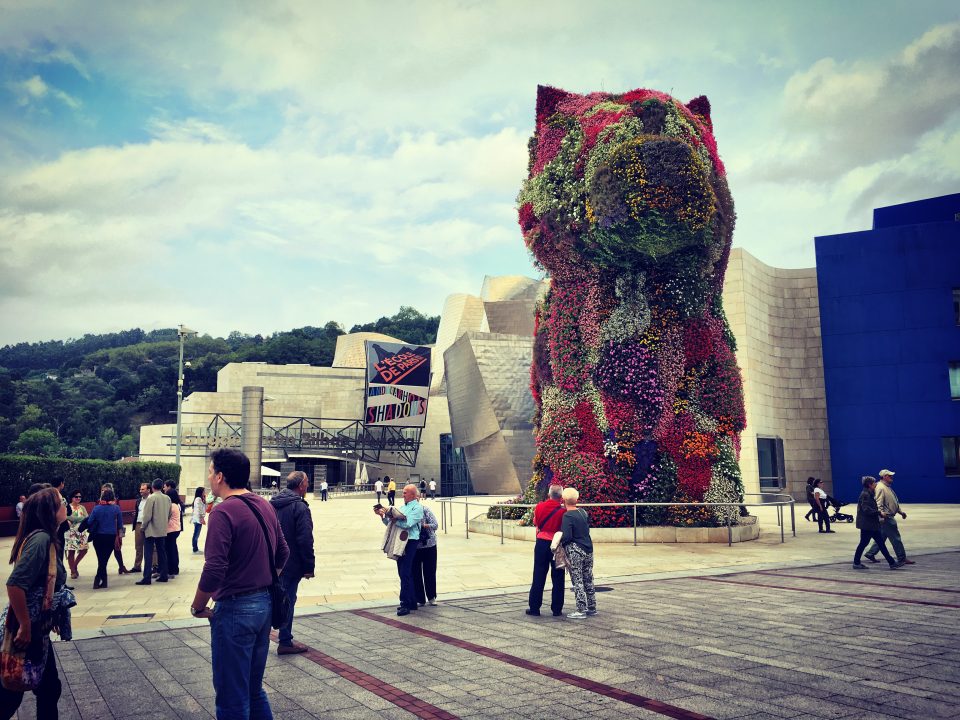 This magnificently designed museum is located right next to the Nervion River. While appreciating the building you’ll notice outdoor displays such as the ‘Bilbao Puppy’ and ‘Mamam’, a giant sculpture of a spider.

Inside the museum displays include works by contemporary artists over three floors. The permanent displays can be found on the ground floor while temporary exhibitions can be seen on the upper floors. Whatever your views on contemporary art, a visit to the Guggenheim is recommended for your trip in Bilbao. 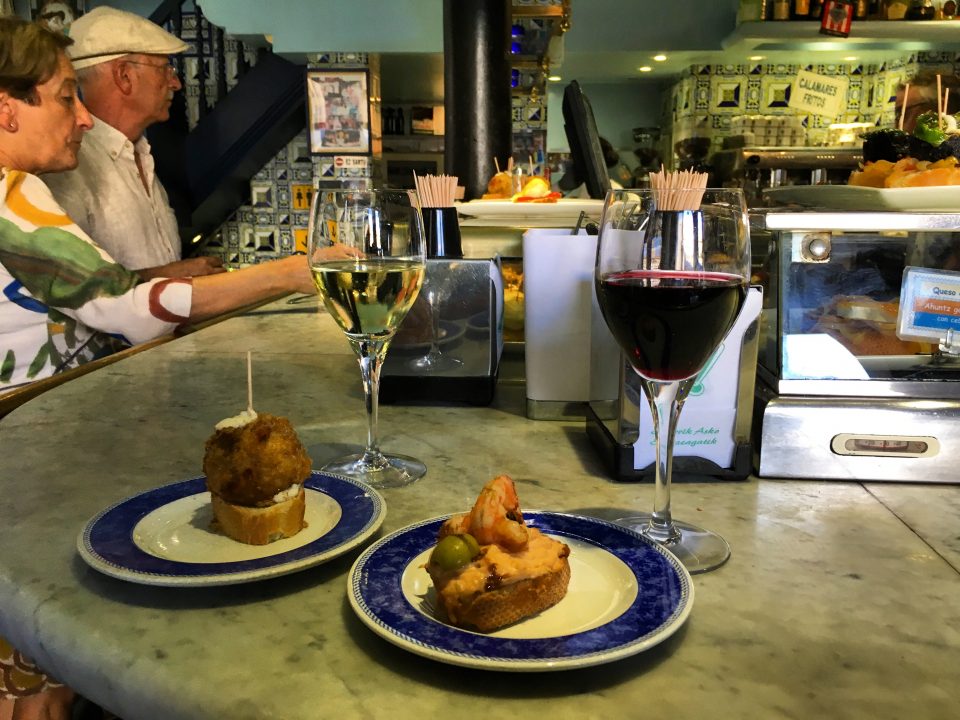 When you enter Bilbao’s bars and cafes you will be tempted by pintxos. Pintxos are the Basque country’s appetising version of tapas. They generally feature a slice of bread accompanied by meat, seafood, cheese, vegetables or fruit.

Each bar has it’s own take on these tasty nibbles. You can easily put together a bar crawl and try some with a few drinks. 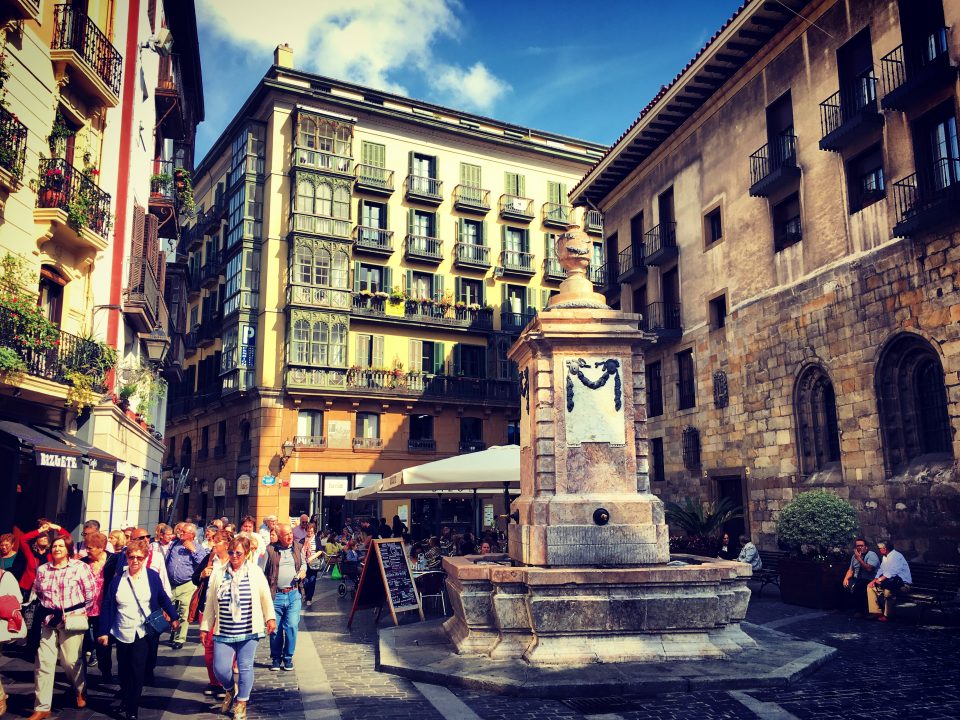 Casco Viejo is the old town of Bilbao and has many quirky shops, bars and cafes. It’s a great place to roam around for a few hours. Notable landmarks include St. James’ Cathedral, Arriaga Theatre, Euskal Musuem and two other gems that we will get to on this list. 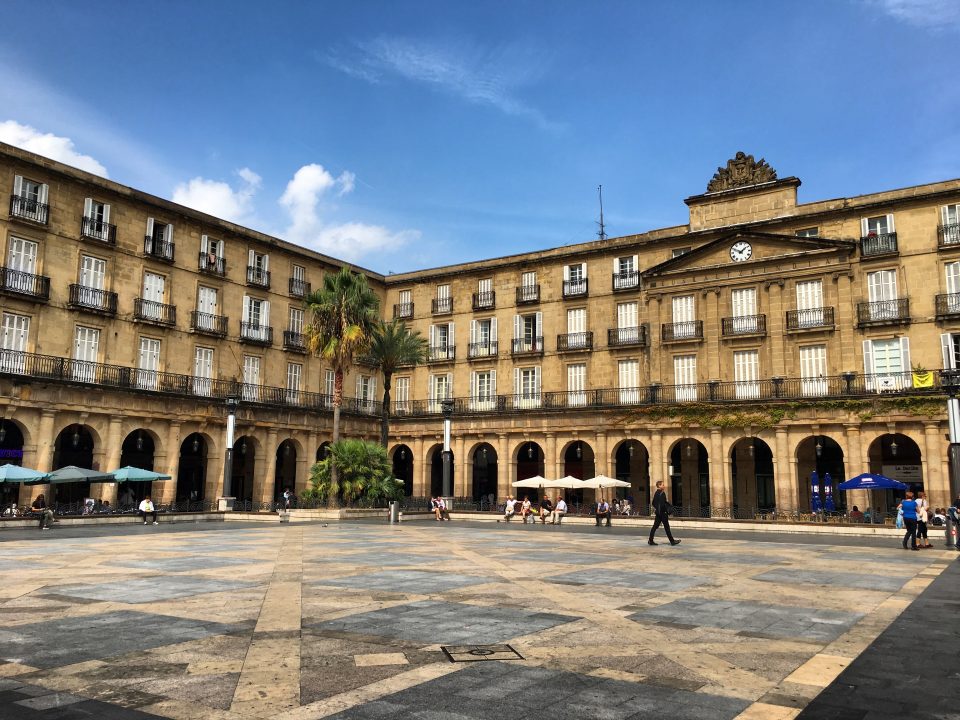 Plaza Nueva is at the heart of Casco Viejo. The square is of neoclassical design and amongst its arches you’ll find a wide choice of bars and cafes. It’s a great place to sip a cold beverage and some tasty food. 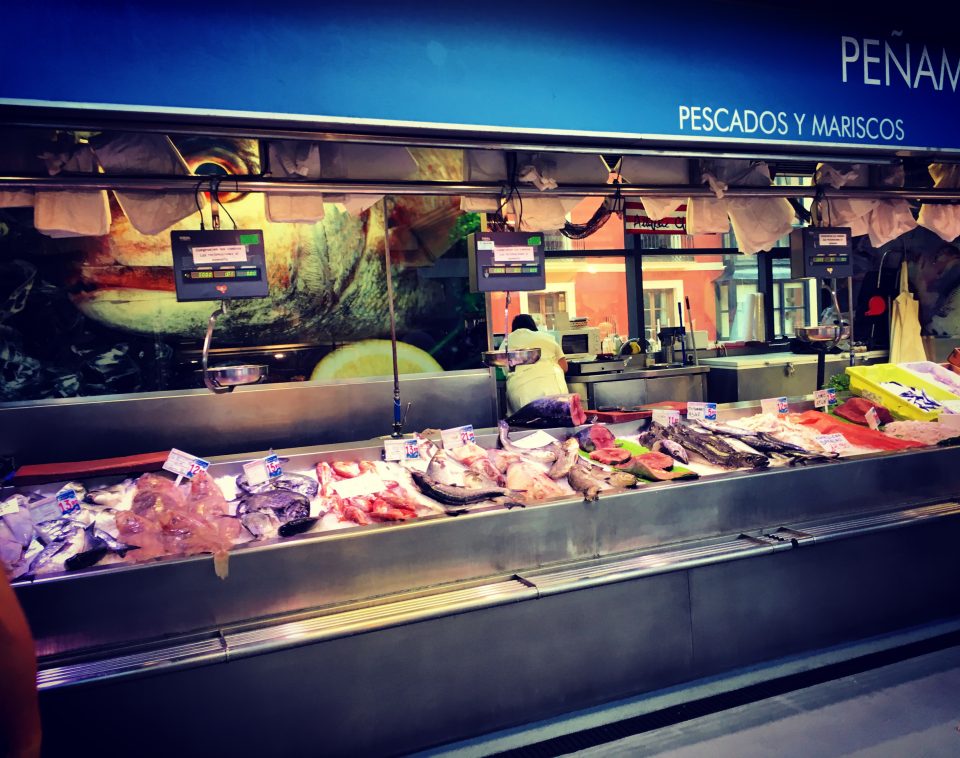 A place for foodies! Mercado de la Ribera has two floors full of taste temptation. The first floor is a food hall with a variety of bars serving pintxos, it reminded me of San Miguel Market in Madrid. The second floor is a food market selling fresh produce such as meat fish, fruit and vegetables. 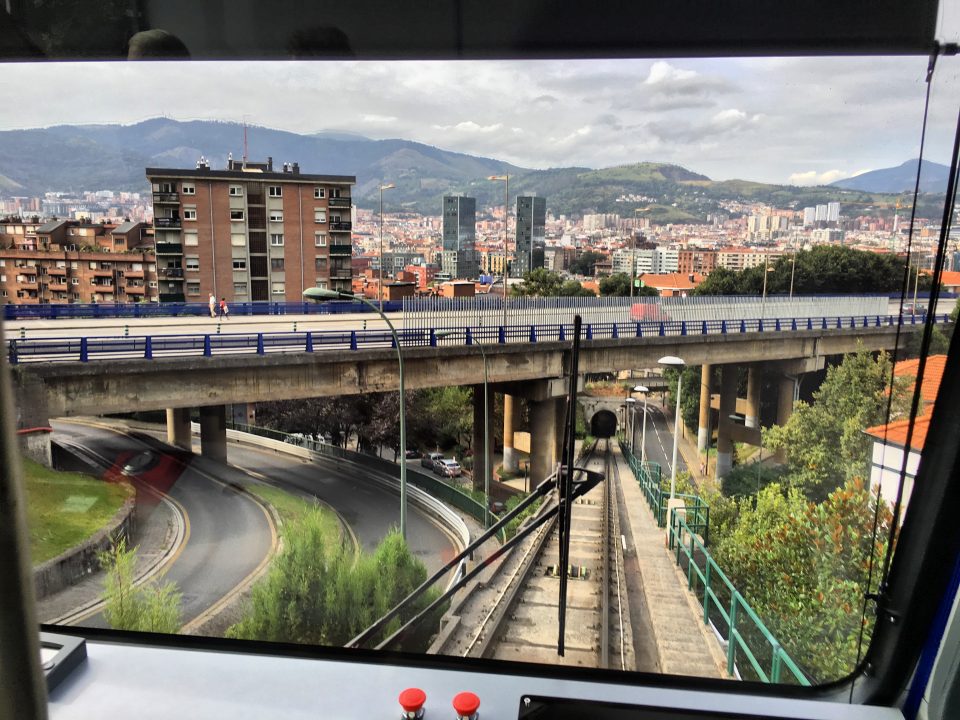 The Artxanda Funicular whisks you up to a viewing platform on Artxanda Mountain. From the platform enjoy panoramic views of Bilbao. Try and spot all the landmarks you have visited from here. 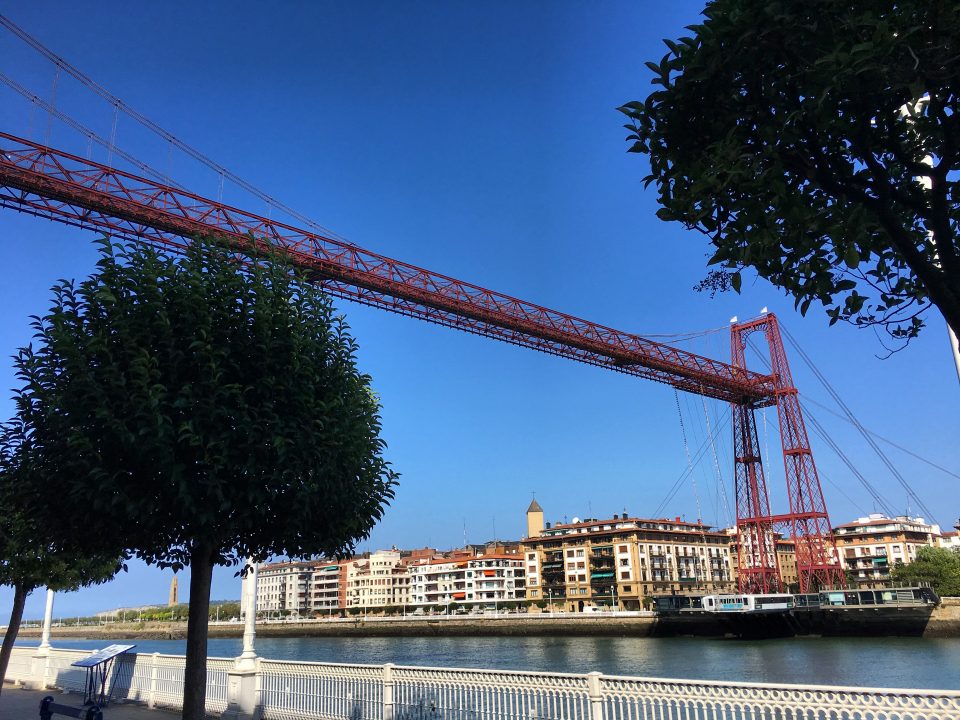 Get the metro from Bilbao to Portugalete and walk down to the riverfront to see the Vizcaya Bridge, a Unesco world heritage site. The bridge connects Portugalete to Getxo. You can either cross the bridge via the gondola or by the viewing platform at the top. 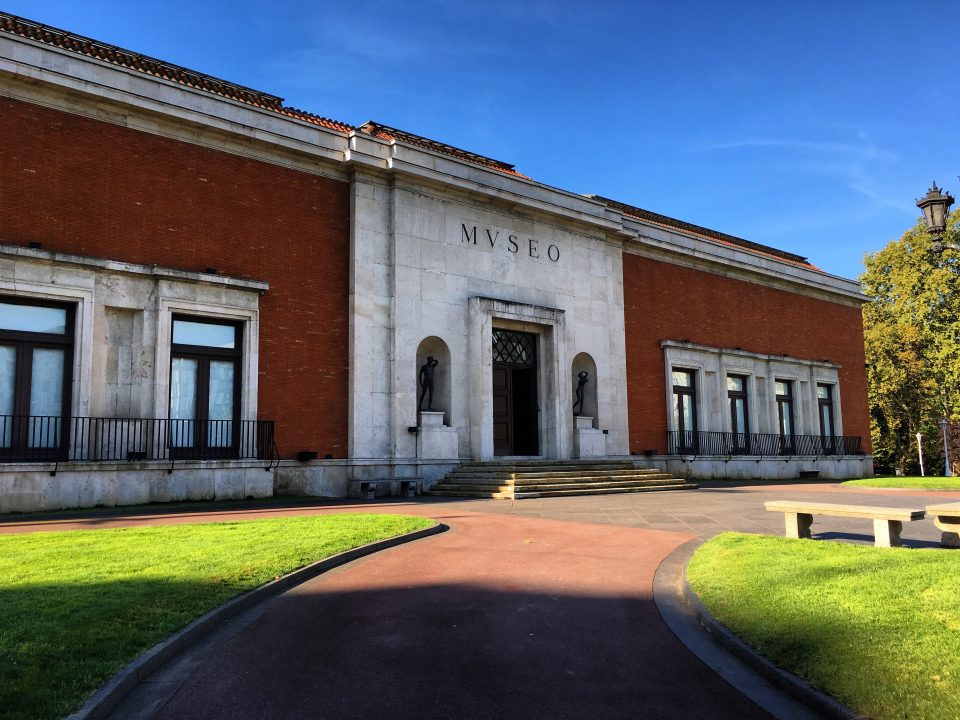 After the Guggenheim Museum, Bilbao Fine Arts Museum is the second most visited museum in Bilbao. In its collection are works by Basque, Spanish and European masters such as El Greco, Goya, Peter Blake and Francis Bacon. 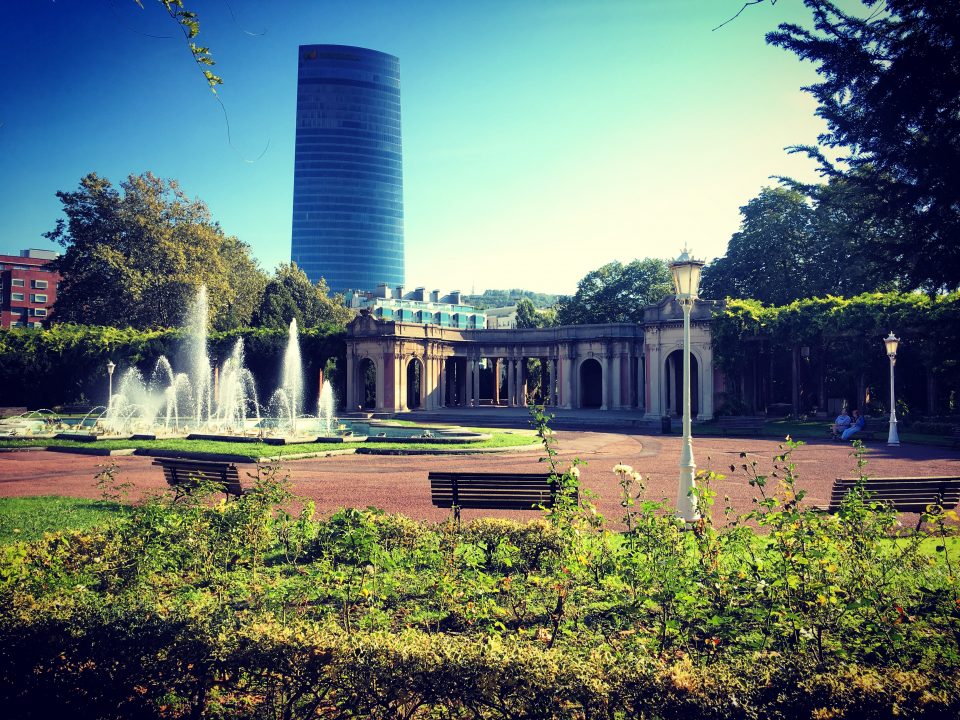 If you want a rest from the city head to Dona Casilda Park. This is a nice green space to enjoy a walk in and has a pond, a central square and plenty of outdoor seating. You may even forget that you’re in a major city! 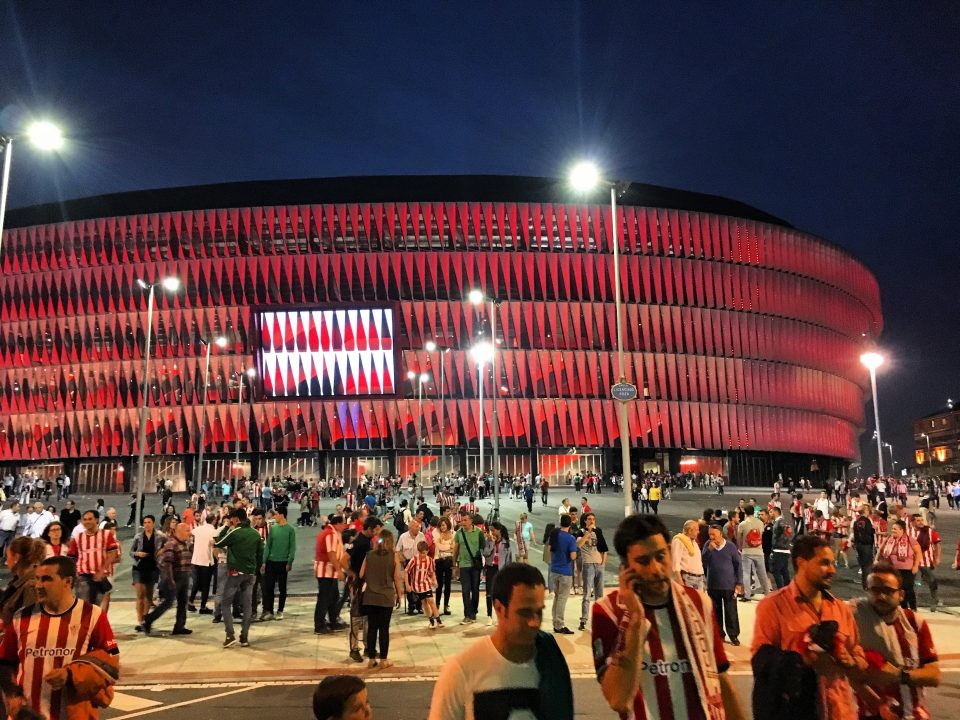 If you are a fan of football try and catch an Athletic Club Bilbao match. Not only is San Mamés an incredibly designed modern stadium but the atmosphere generated by the crowd is electric. Football games in Bilbao are a major event and it feels like the entire population are out for the occasion.

2017-06-24
Previous Post: Four day Paris itinerary which includes the Eiffel Tower, Arc de Triomphe, Notre Dame and the Louvre Museum
Next Post: Going to Bratislava on a day trip? Here’s some cool stuff you can see