10 things you should do in Vienna

There are so many things to see in Vienna. It’s regularly voted as one of the most liveable cities in the world. Even though I’ve only enjoyed the city as a visitor, I can see why it makes that distinguished list.

So if you’re thinking about visiting the Austrian capital, I’ve came up with 10 things you should do while you’re there.

Scale the steps of Stephansdom 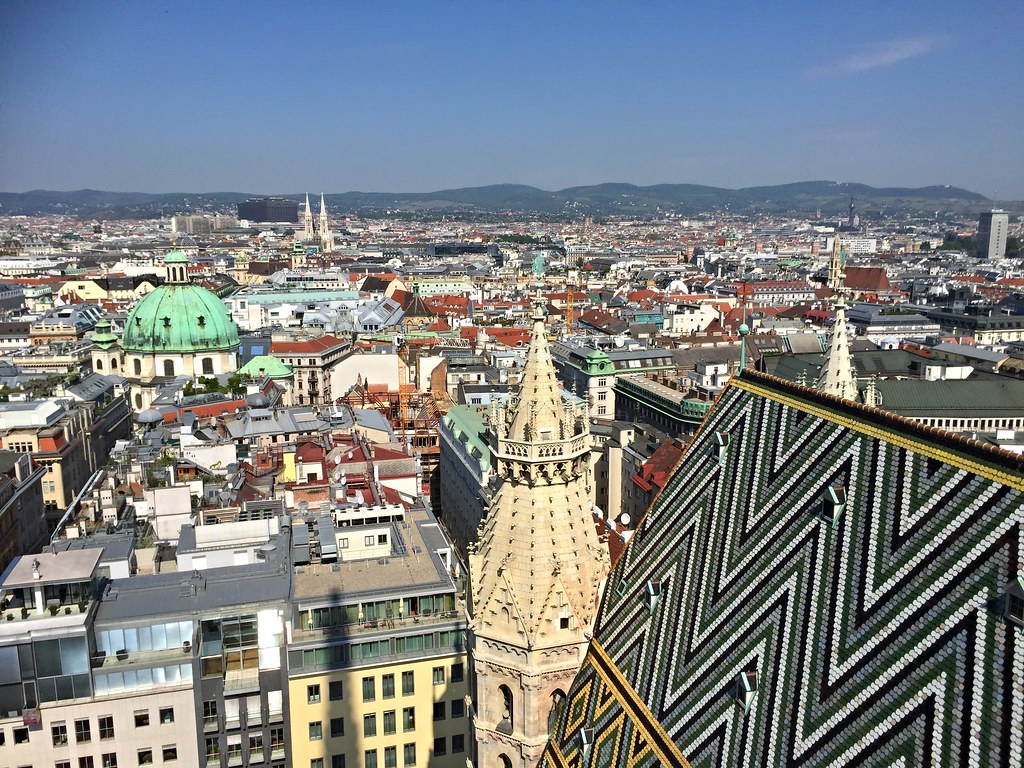 Stephansdom is a great place to start your visit to Vienna. First of all go inside the cathedral and appreciate some (or all) of its 18 altars.

Next scale the stairs to the top of the cathedral’s tower. Hold on tight though as the spiral staircase is narrow and there isn’t a one way system. Amazing views of Vienna await you at the top. 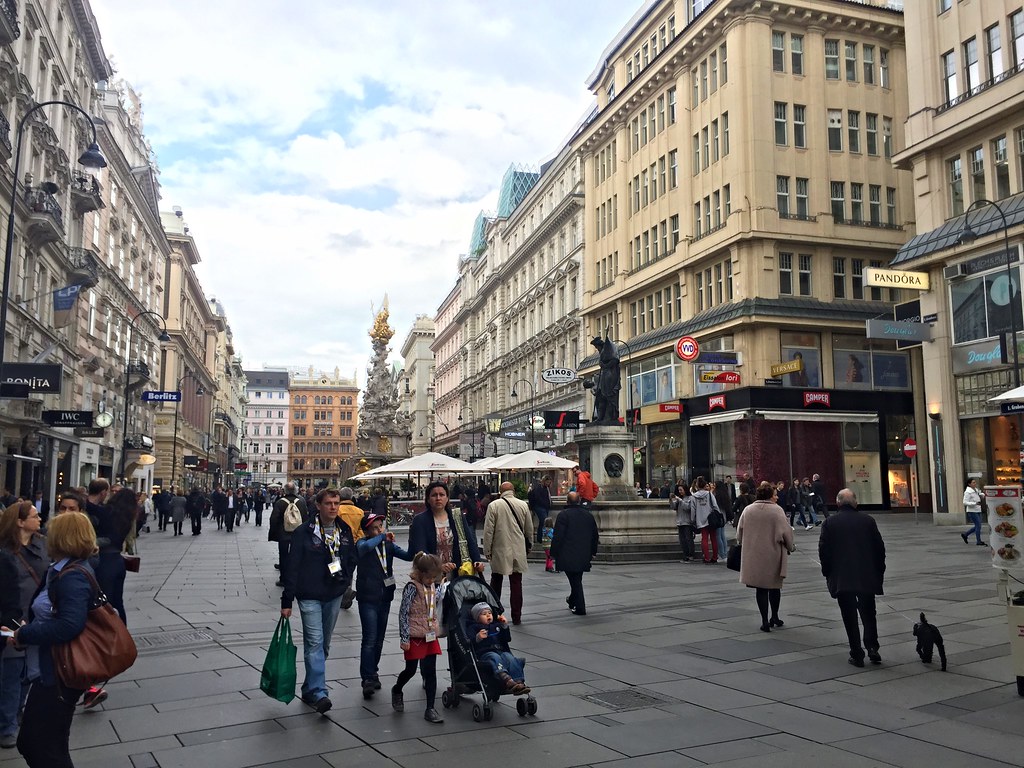 Graben is Vienna’s most famous street. It has quite a variety of establishments for you to spend your hard-earned euros in.

Halfway along Graben is the Pestsäule monument. It’s dedicated to people who lost their lives due to the outbreak of the Black Death.

At the end of the street is Julius Meinl am Graben. The food on offer in this store and restaurant will no doubt look so appealing to you. Yum Yum! 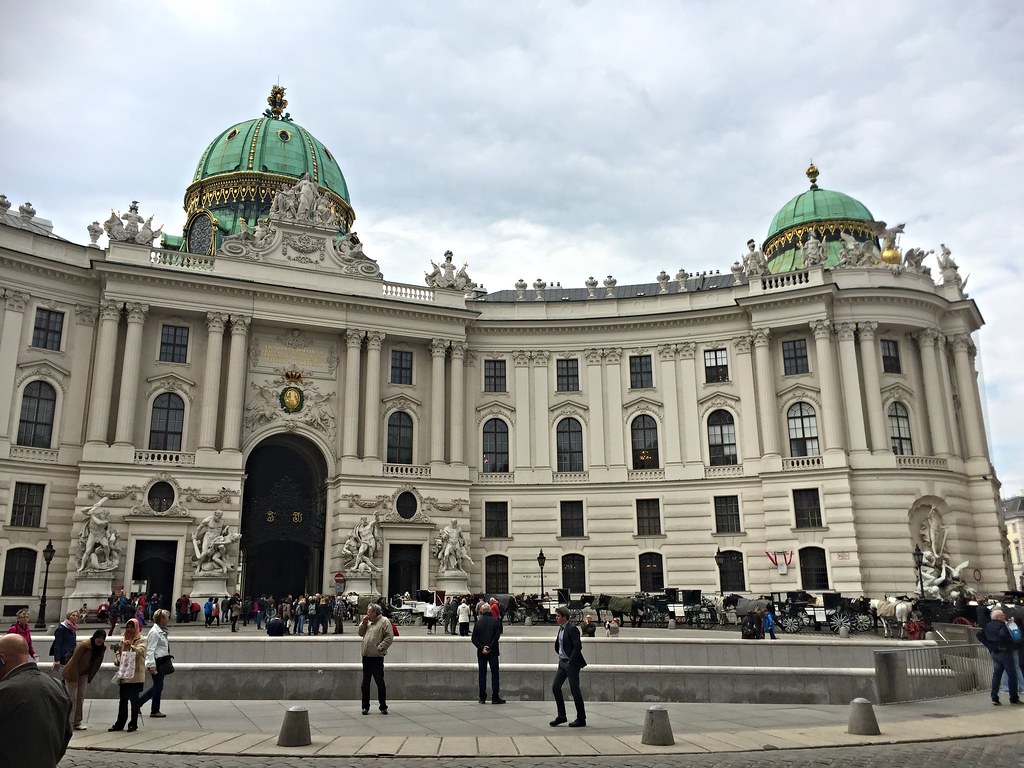 Once home to the Habsburg dynasty, you’ll be taken aback by how big the Hofburg Palace complex is. As well as the palace features include the Imperial Apartments, Sisi Museum and Spanish Riding School.

You should also find a bench and relax in the green square of Heldenplatz. The imposing Neue Burg palace overlooks the square. 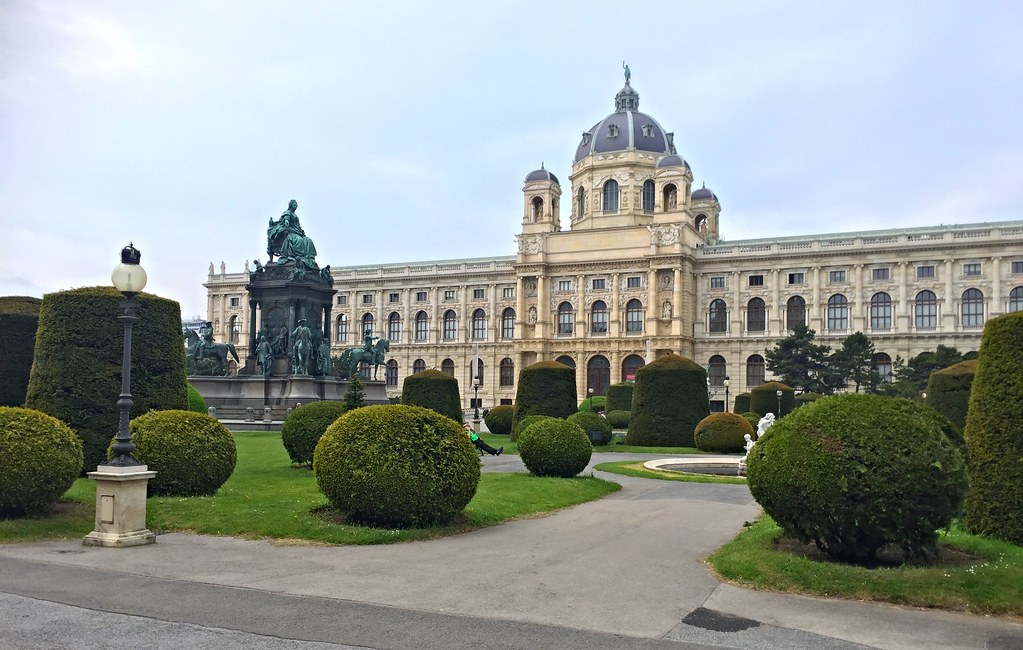 Maria-Theresien-Platz is as the name suggests, dedicated to former Empress Maria Theresa. There’s a large statue of her in the centre of the square.

On both sides of the square are identical buildings. Namely the Natural History Museum and the Art History Museum. The only difference between the two are the statues on their exteriors. 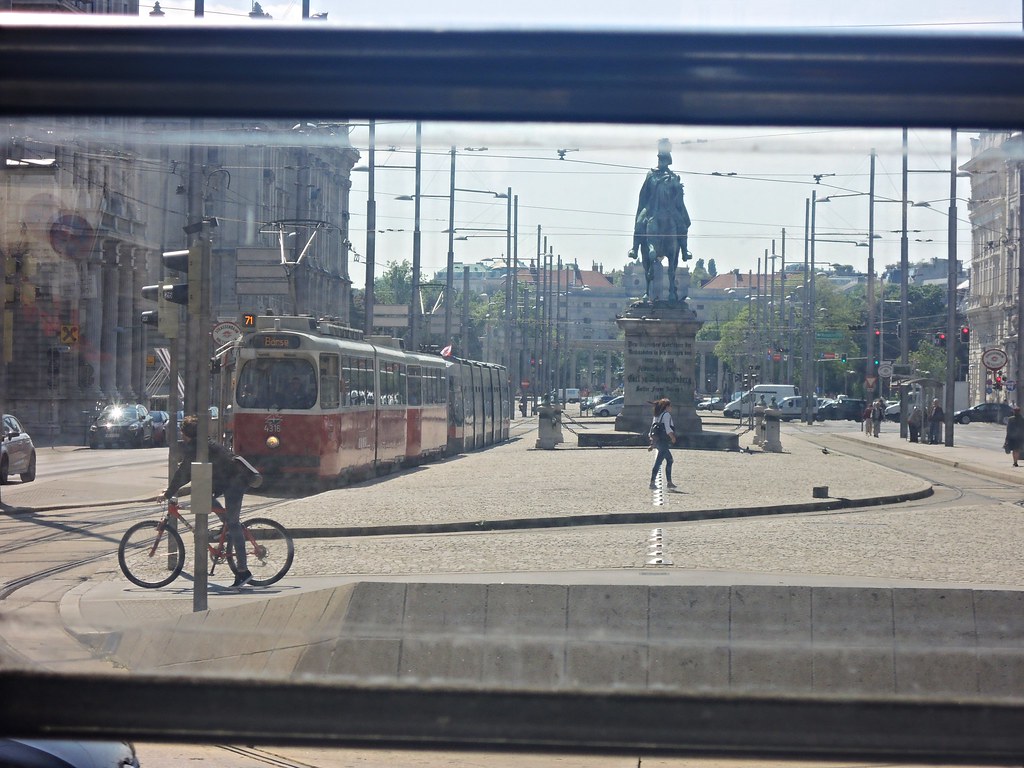 Riding this tram is a great way to see some of the incredible buildings that are located on Ringstrasse. It starts and stops at Schwedenplatz with audio guides available on-board too.

See the Belvedere Palaces and their gardens 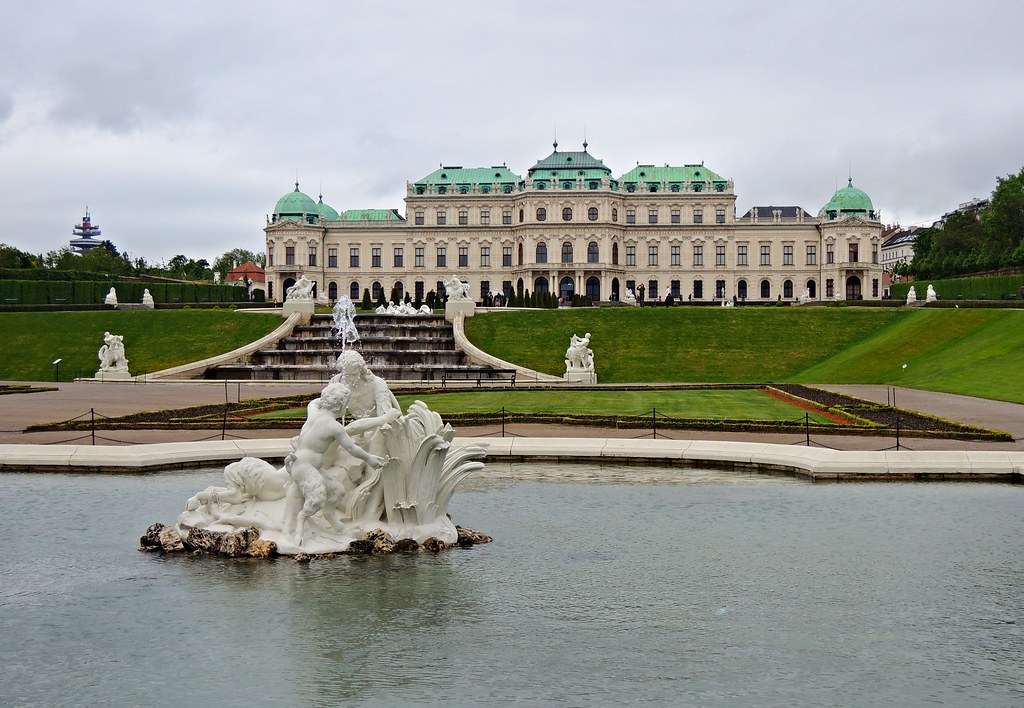 Belvedere has two grand palaces for you to see, Upper Belvedere and Lower Belvedere. Picturesque gardens separate the two with a variety of fountains and sculptures. 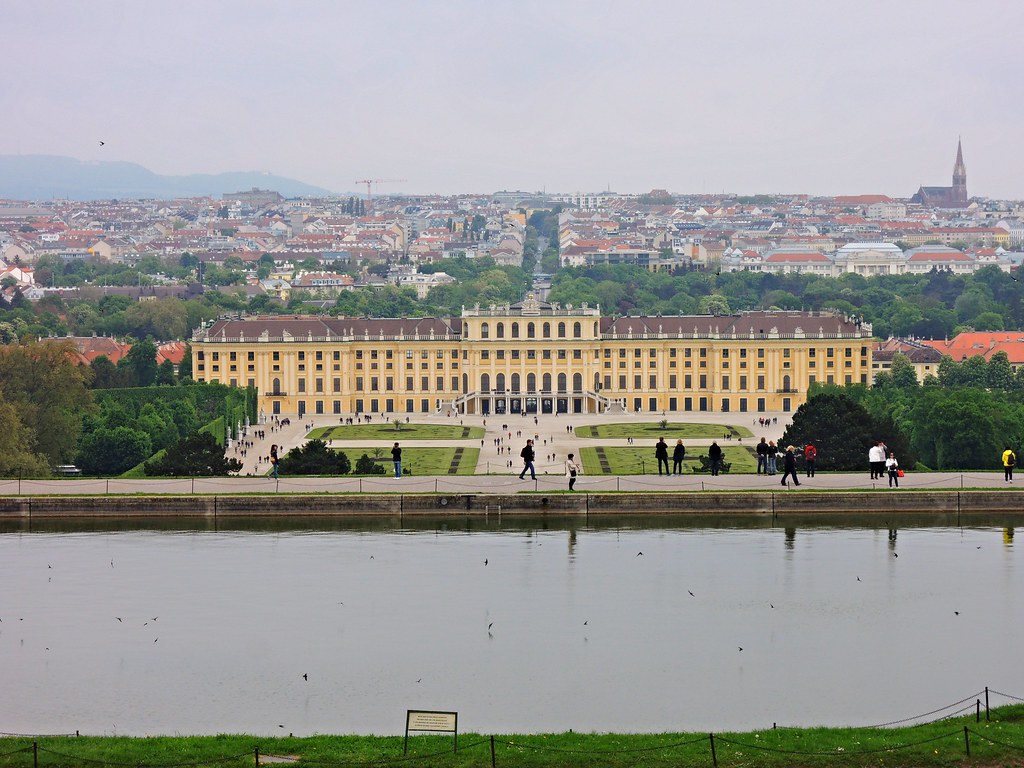 The baroque Schönbrunn Palace is one of Vienna’s must-see attractions. The palace has over 1,441 rooms but you can only see a small number of these on a guided tour.

Take some time to walk up to to the Gloriette for outstanding views of the palace.

Look at the animals in Tiergarten Schönbrunn 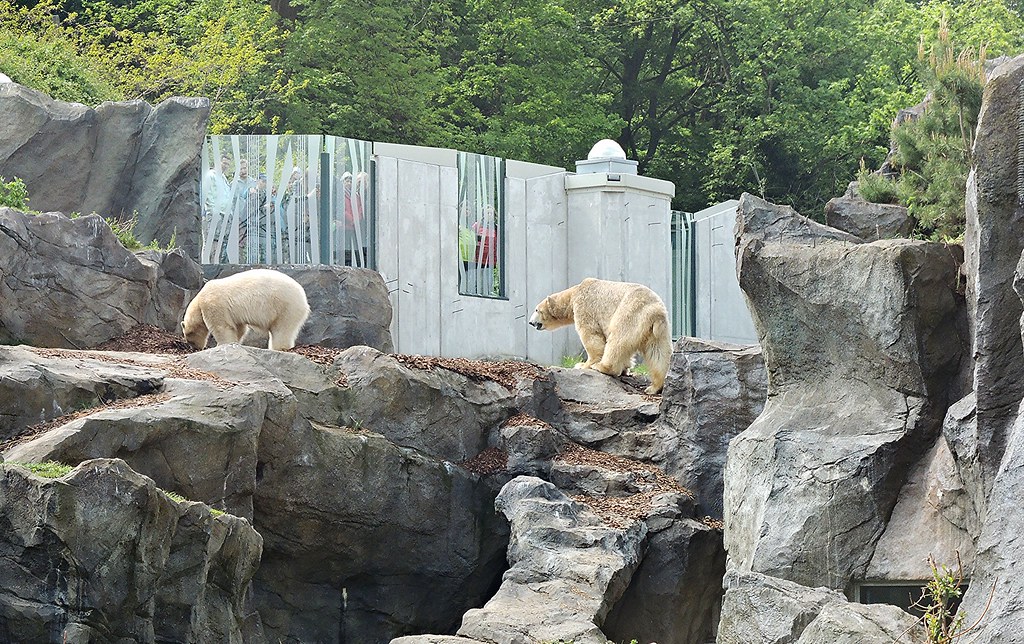 Tiergarten Schönbrunn is said to be the oldest zoo in the world having opened in 1752. There are over 500 species of animals living here including tigers, rhinos and polar bears. 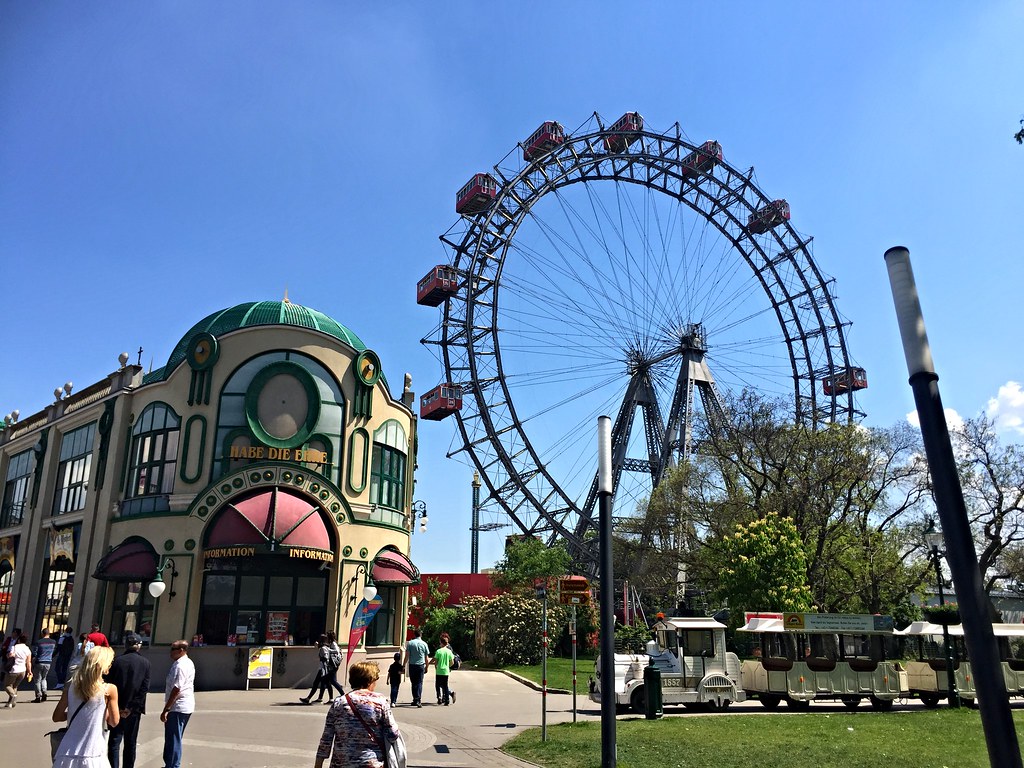 You can buy a combo ticket which includes entry to Vienna Zoo.

Tickle your taste-buds at Naschmarkt 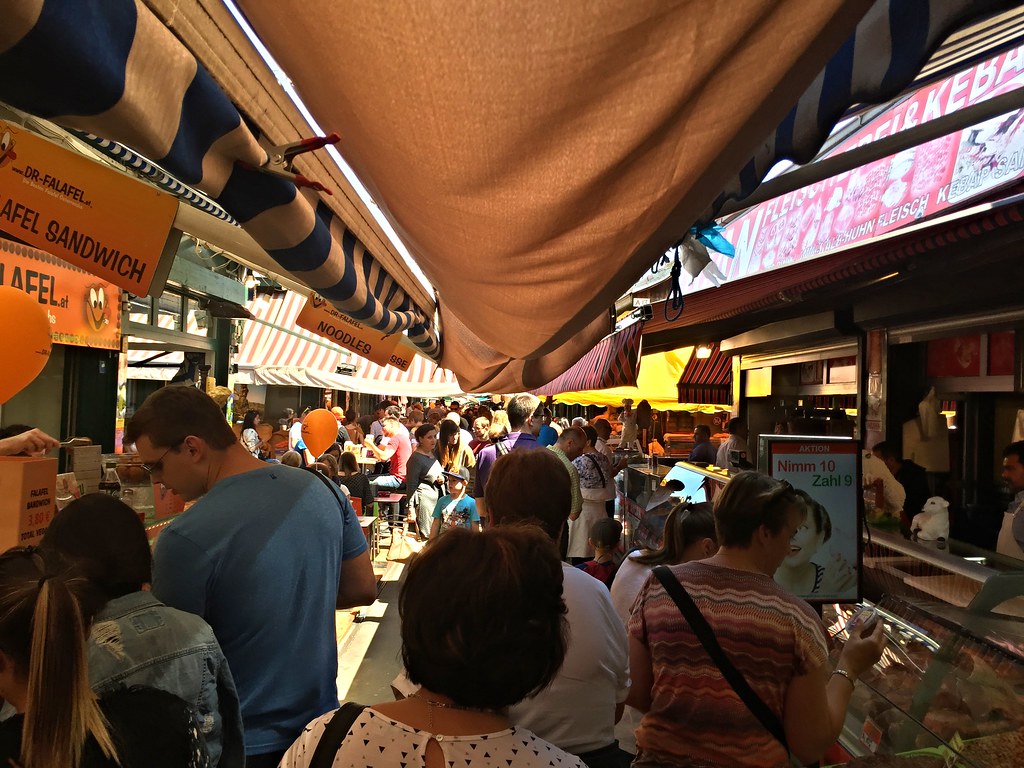 Naschmarkt is the best market in all of Vienna. There’s a variety of stalls selling fresh fruit, vegetables and street food. Don’t miss a number of delicious restaurants including one that specialises in cheese and wines.