By: ynysforgan_jack
In: Croatia, Dubrovnik, Travel
With: 0 Comments

Dubrovnik had been on our list of places to visit for a number of years. So when we recently got married it was the destination that we decided on for our honeymoon.

We flew out to the city known as the ‘Pearl of the Adriatic’ with EasyJet from Gatwick airport. It was only a 2 hour 30 minute flight to Dubrovnik, Croatia’s famous UNESCO World Heritage Site.

Here are some of the things we enjoyed in the historic city. 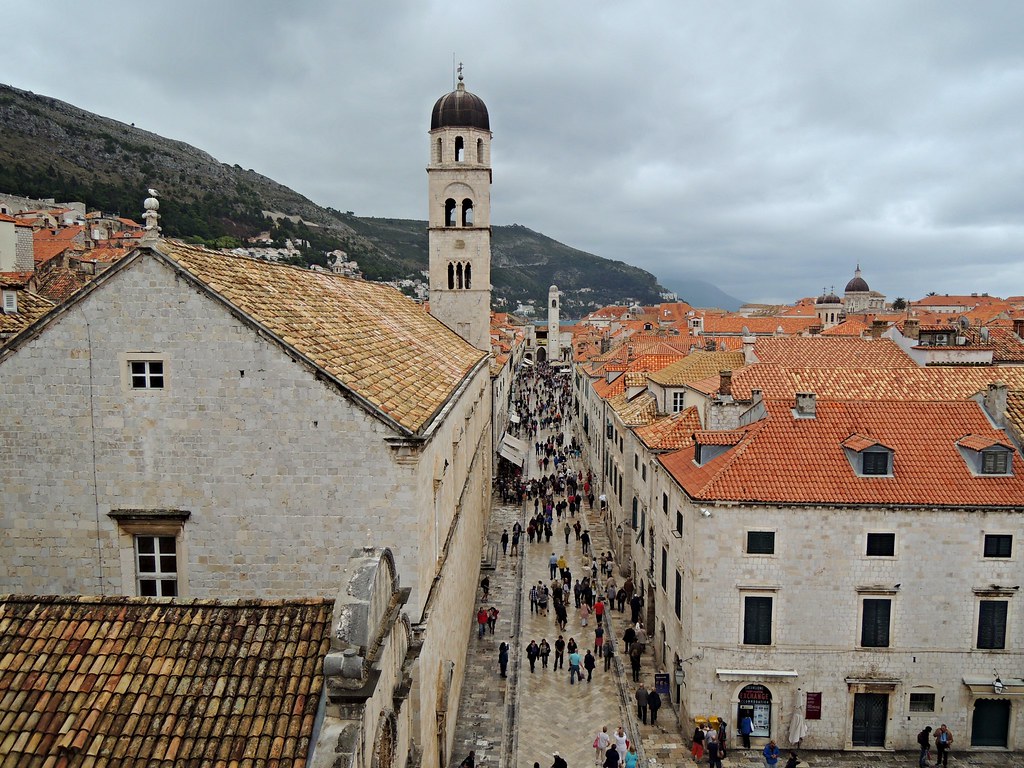 Stradun is the main thoroughfare of Dubrovnik. We were immediately impressed with this grand street and its vast array of restaurants, bars and souvenir shops.

The Onofrio fountain was perhaps the main thing we wanted to see here. It was damaged in a 17th century earthquake and only a few of its faces remain. But it still remained a fascinating thing to see.

Opposite the fountain is the Franciscan Monastery with its awesome courtyard. Inside was a pharmacy which turned out to be the third oldest in Europe. 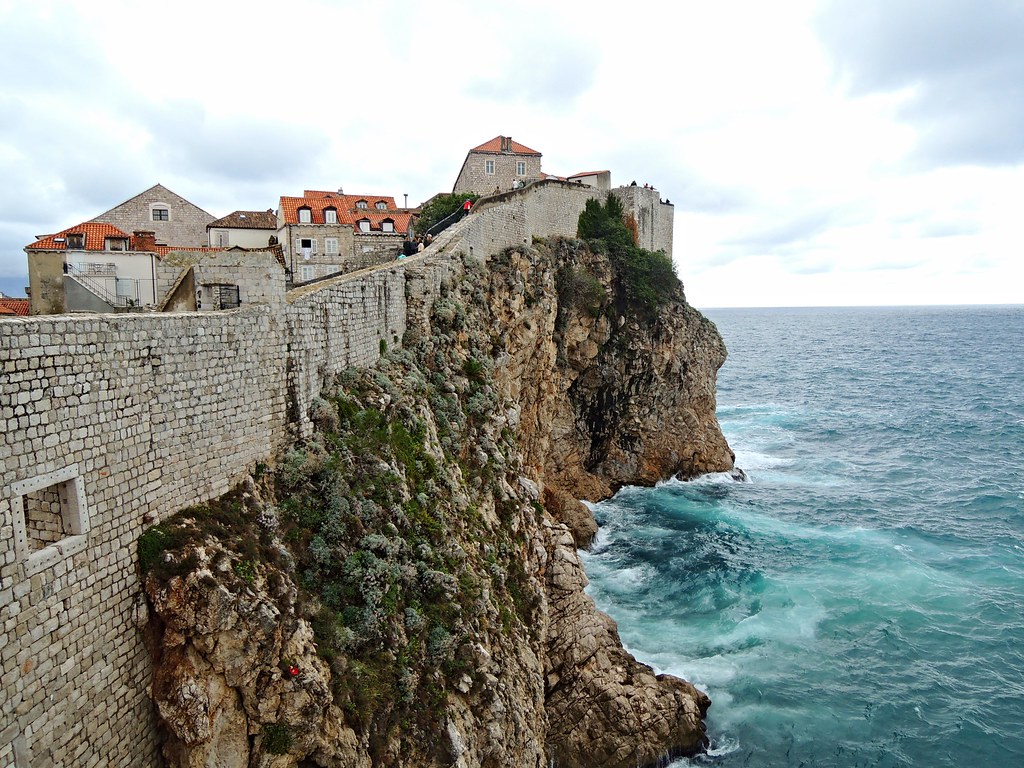 Walking the city walls was probably our highlight of Dubrovnik. There were amazing views of the city’s red rooftops and the raging Adriatic Sea. We also explored a number of towers on the walk around.

Of the city gates the Pile Gate was the most notable for us. Mostly because we could imagine what it must have been like hundreds of years ago when crossing the drawbridge. 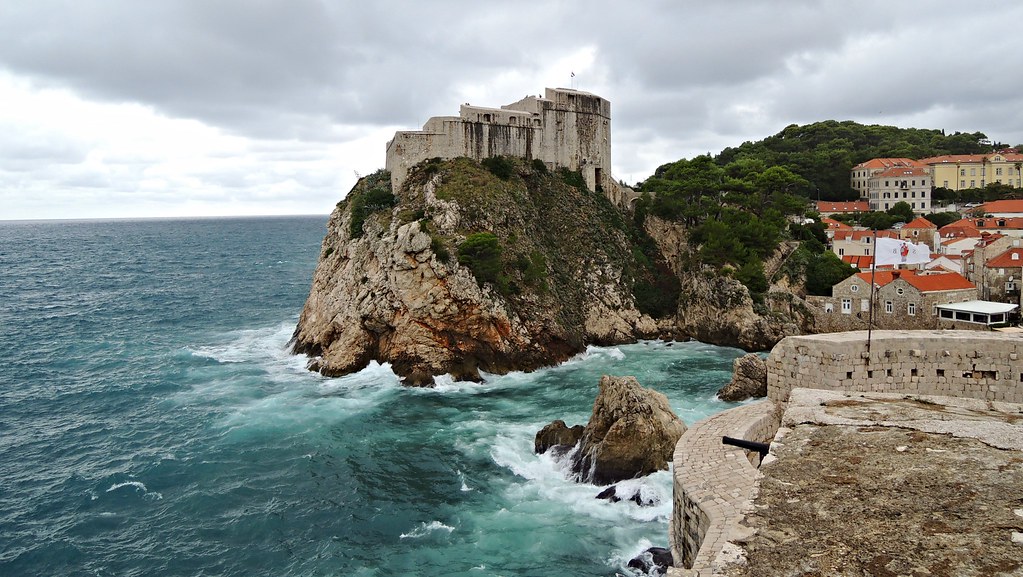 Fort Lovrijenac sits on a huge rock face. It looked so imposing to us that we could see why it gets compared to a mini Rock of Gibraltar.

To get to it we had to leave the walled city via the Pile Gate. After negotiating some waves hitting the path, it was a 5 minute walk to the top of the rock it sits on. It’s worth noting that if you buy a ticket for the city walls it includes admission to the fort. We didn’t know this until it was too late! 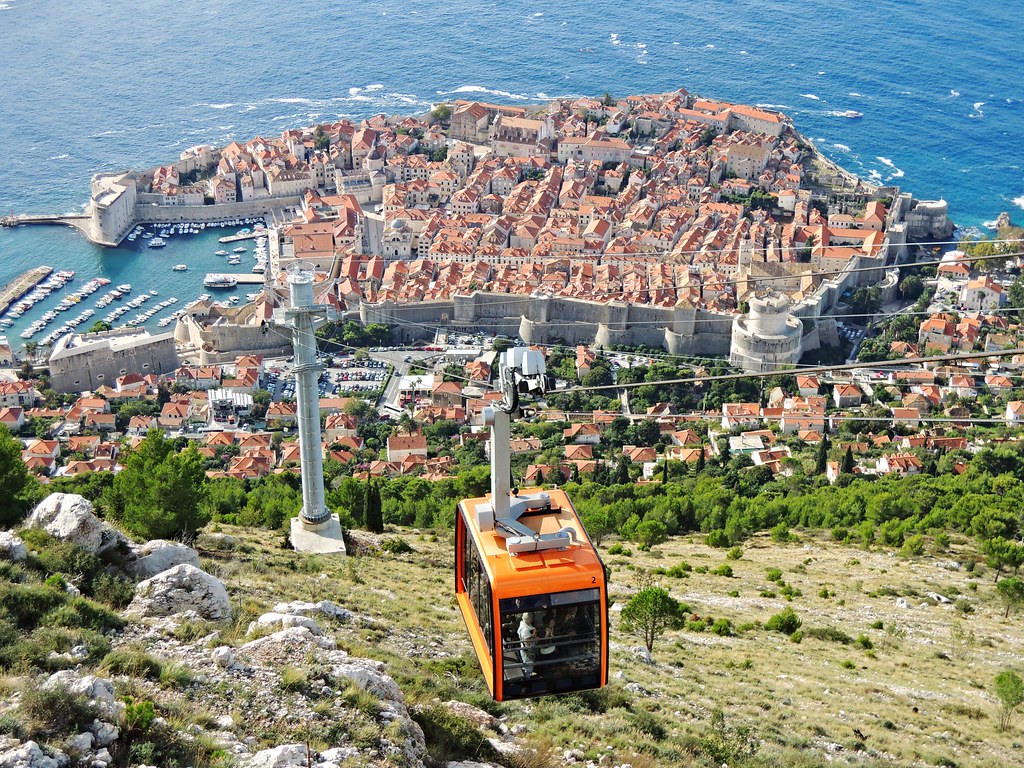 This was a must-do for us in Dubrovnik. We walked outside the city walls in order to get the cable car to the top of Mt Srd. The views of Dubrovnik and surrounding area will stick in my memory for some time!

Also at the top of Srd we visited a museum in an old fort. It chronicled the siege of Dubrovnik during the Croatian War of Independence. 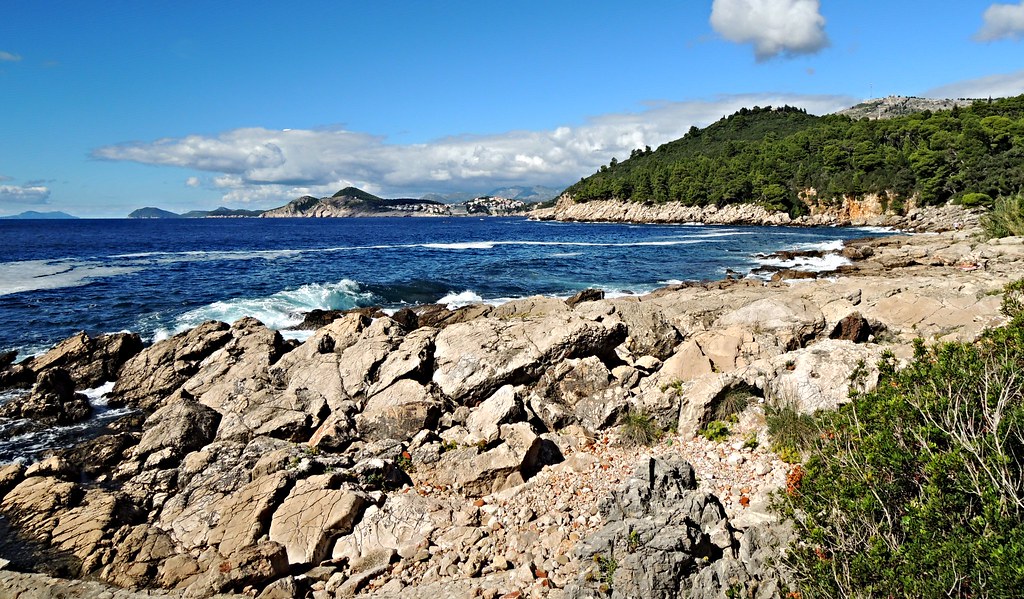 We decided to take a day trip to the Island of Lokrum. We took the boat from Dubrovnik’s old harbour to get there.

The island is heavily forested with a rocky trail leading around it. Among the things we enjoyed on the island was the Benedictine Monastery, botanical gardens and Fort Royal Castle. Oh, and a number of rabbits running around everywhere. 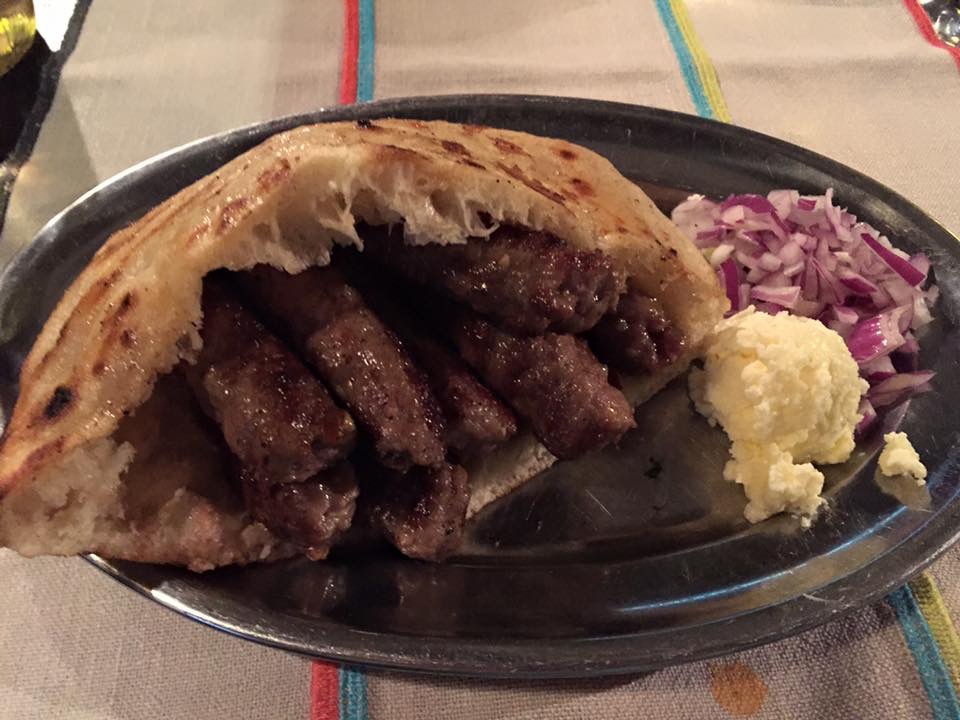 We were so pleased to discover that eating and drinking in Dubrovnik was as good as its historical attractions. Our favourite was probably Taj Mahal, a small Bosnian restaurant in the old town. We also had delicious food in Restaurant Horizont, Gradska Kavana Arsenal and Pizzeria Tabasco. 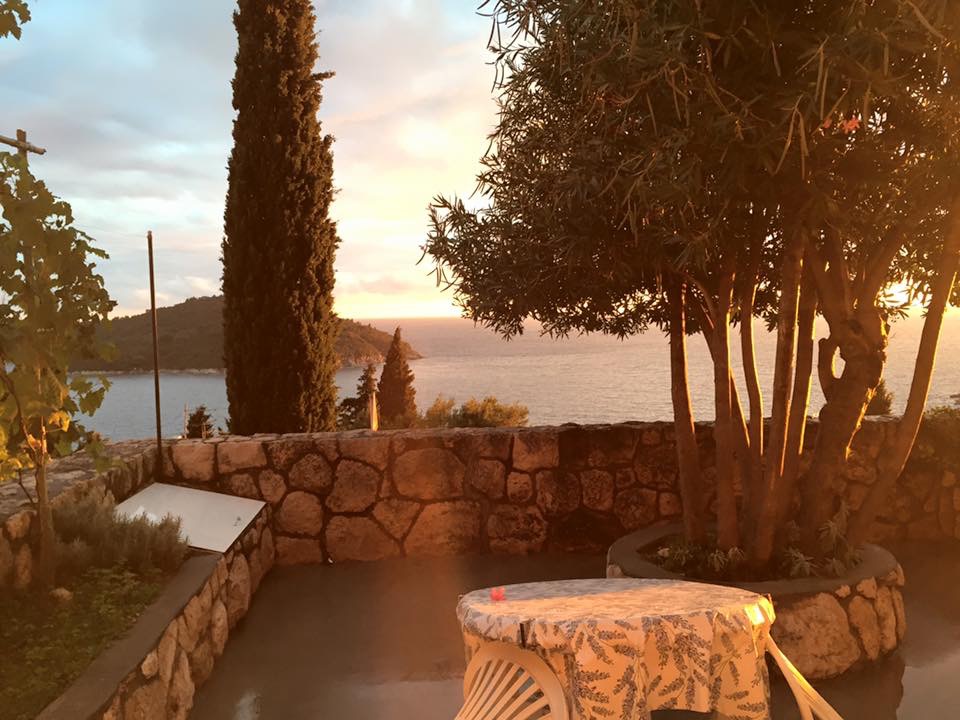 We booked our accommodation before our arrival through Holiday Lettings. Residence Eterne was the apartment that we chose.

It had one bedroom, a kitchen, small dining area and shower/bathroom. There was a outdoor seating area which overlooked the Adriatic Sea.

To make things even more convenient there was a supermarket right next door. 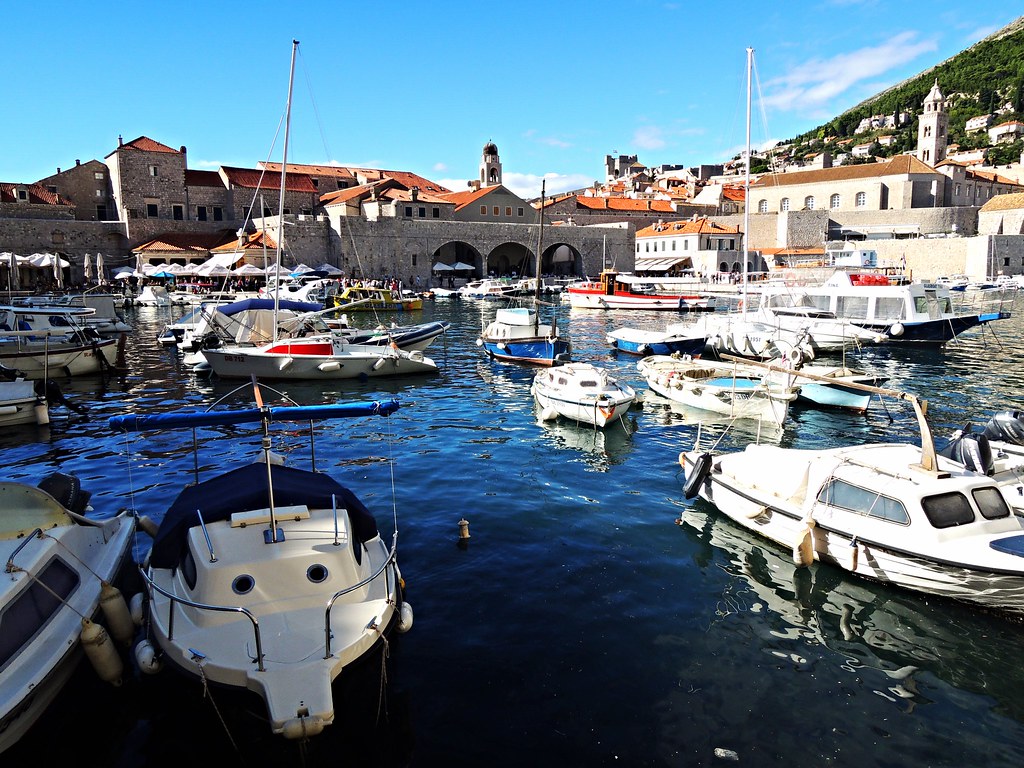 There’s so much more to see in Dubrovnik than we’ve already spoken about. We’d love to write about them all but you’d be reading this blog for around 300 years. So here’s a quick list:

It was hard not to notice that Game of Thrones was filmed in the city. We saw that a number of shops were capitalising on this by selling the merchandise.

2017-05-02
Previous Post: 10 things you should do in Vienna
Next Post: Finally visiting Bristol Harbour, M Shed, SS Great Britain and the Cathedral