A day in Coimbra to see the miniature village, monastery and Jardim da Manga

By: ynysforgan_jack
In: Portugal, Travel
With: 2 Comments

After a great day in Coimbra yesterday it was time to see what else this old university city had to offer.

We had a disturbed night sleep as a university concert started opposite our room at around 12:30am. It continued until 4am with a firework display.

As we’d had a busy few days of walking we decided to have a slightly quieter day before getting a train to Porto. 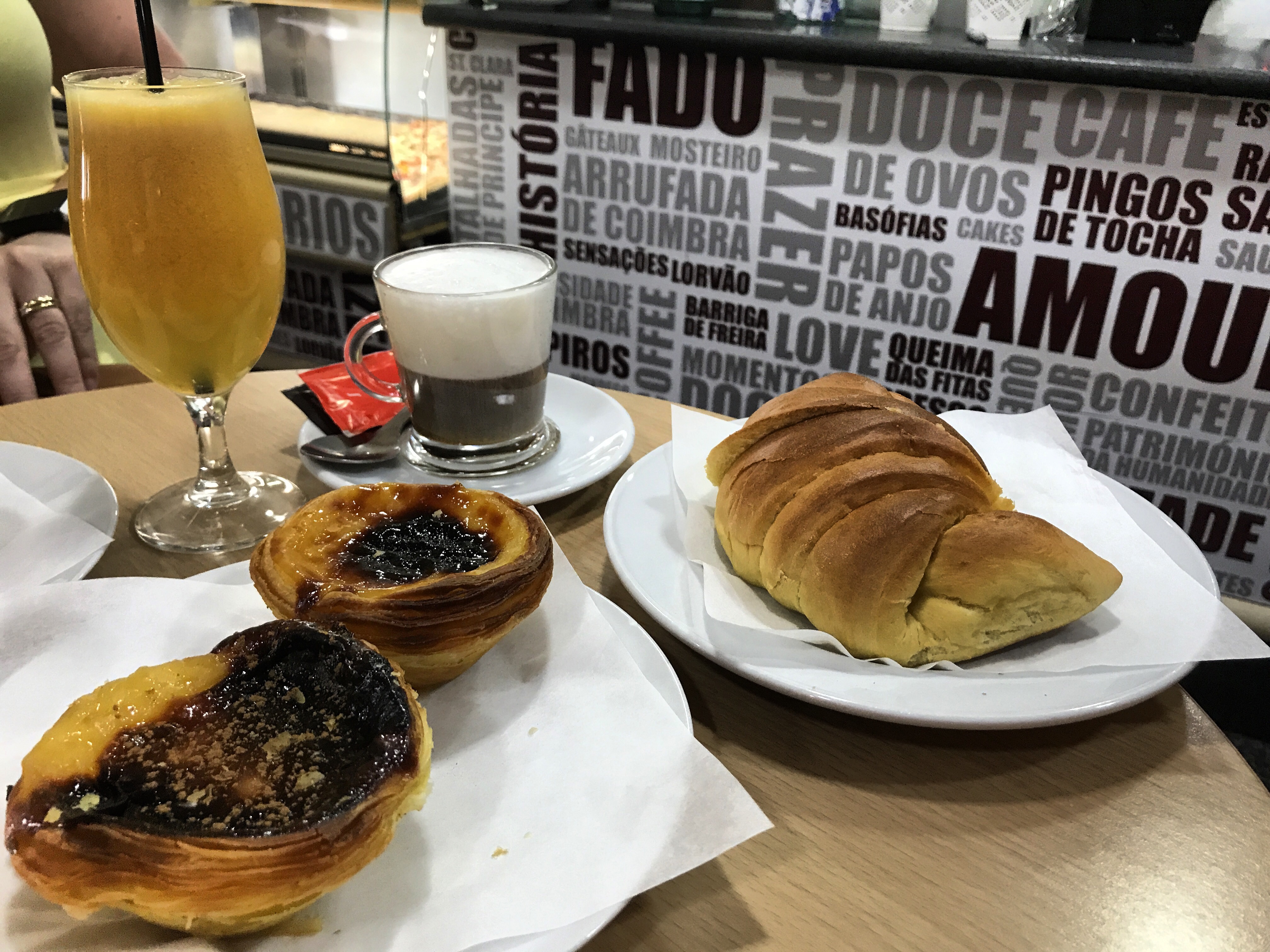 We just had to go back to Briosa Pastelaria for breakfast. Although we had no intention to consume giant meringues this time. We just had a delicious Portuguese custard tart, cappuccino and an orange juice. 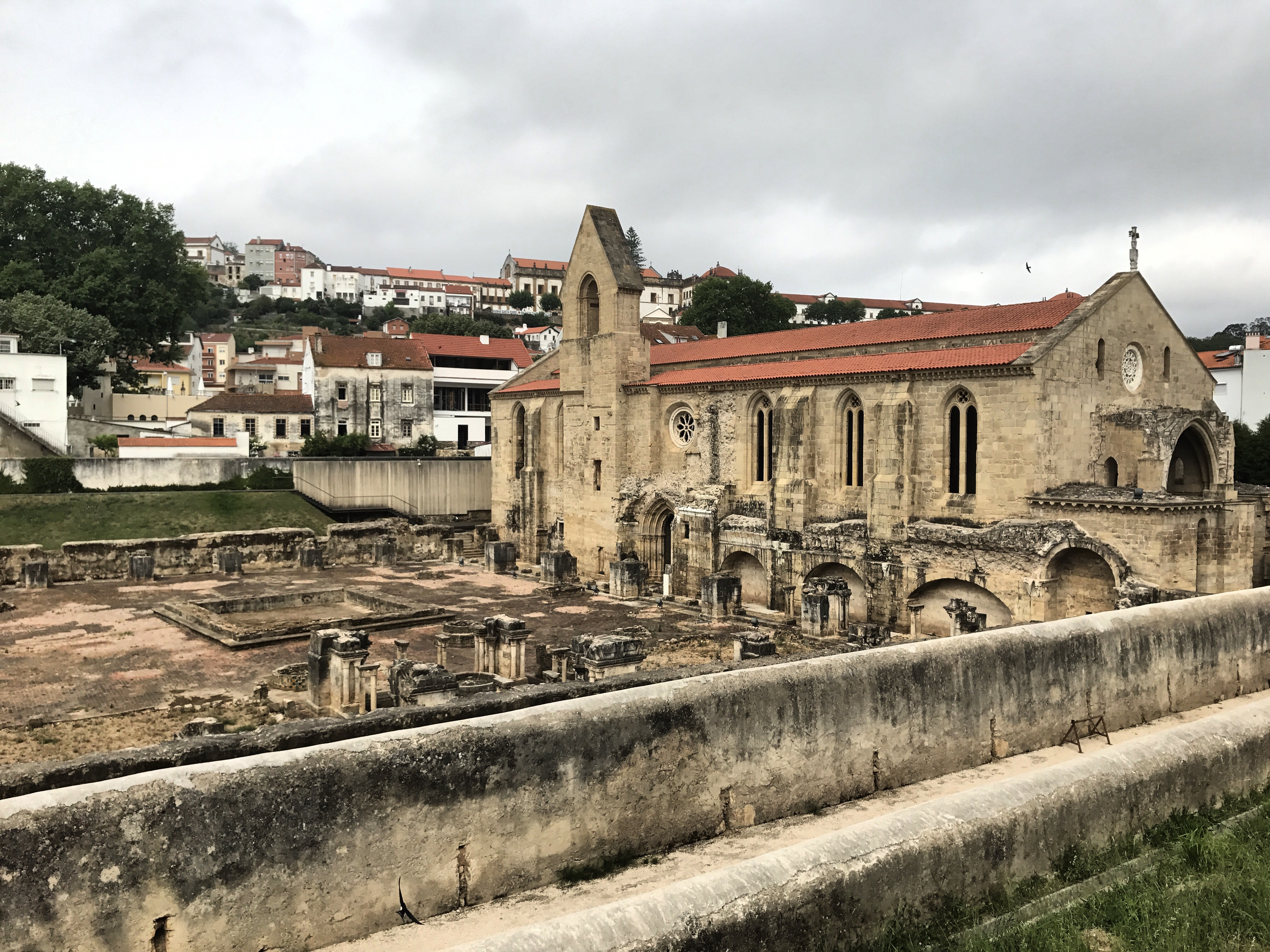 Once we’d crossed the bridge across the Mondego river we are arrived at the Monastery of Santa Clara. It was constructed in the 14th century but was later abandoned due to persistent flooding. We noticed that the ruins of this gothic monastery were really well-preserved.

It also happened to be right next to the venue of the previous night’s concert which kept us awake. Perhaps I should’ve asked management why anyone would organise a concert at that horrific hour? 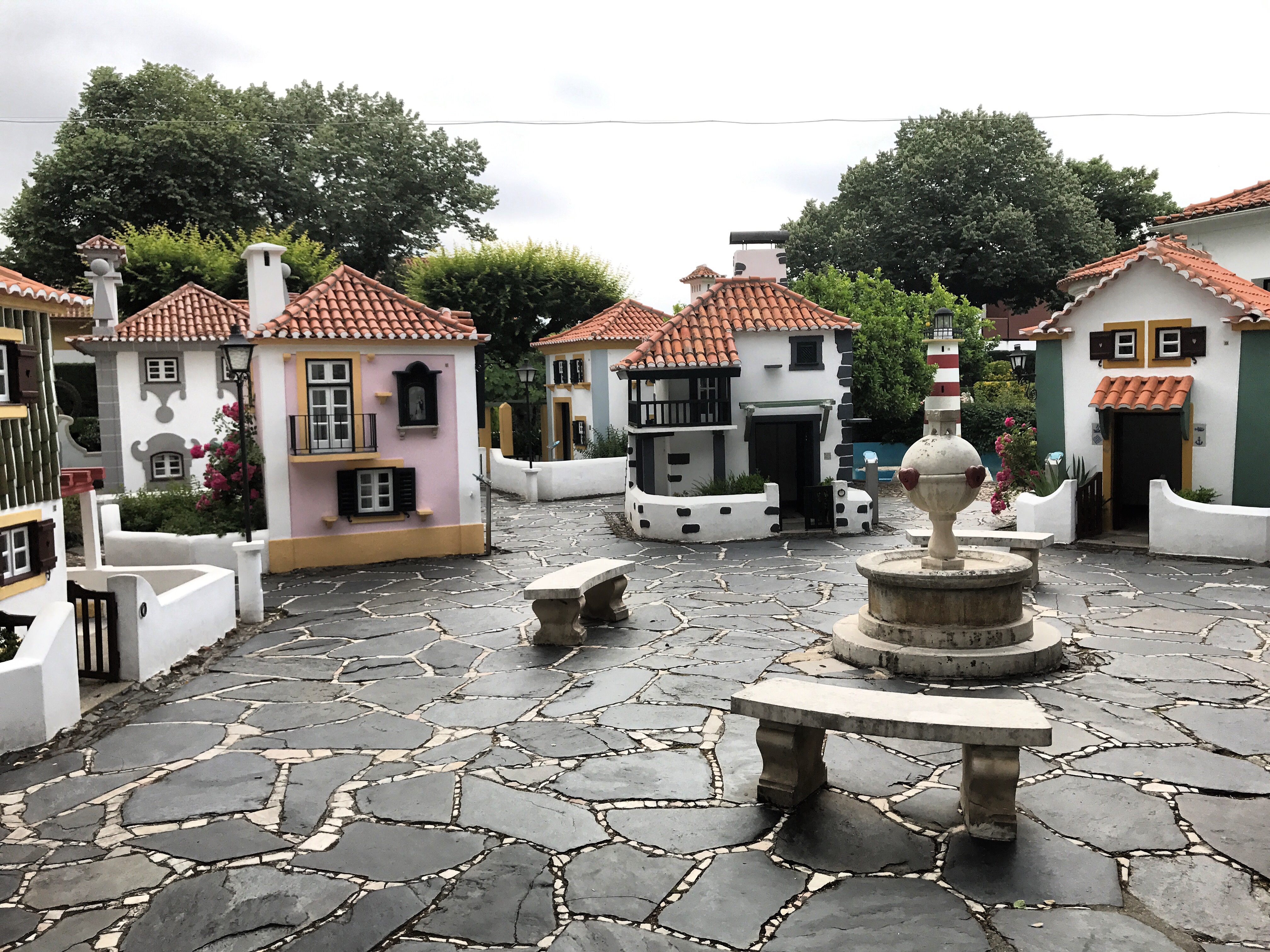 Portugal dos Pequenitos or Little Portugal was the next attraction for us to visit. It’s a park consisting of miniature versions of Portugal’s key buildings and monuments. There were also some buildings from former Portuguese colonies.

It was €9.95 each for entry and it was an interesting place to spend an hour. Some of the buildings housed small museums to tell the story of their links to Portugal.

On a childish note, I think the wife enjoyed stamping around these mini structures, probably imagining she was a giant.

Nearby is Convento de Santa Clara-a-Nova but it was closed when we tried to visit. Either that or they didn’t like the look of us and quickly locked the doors on our approach.

Praça do Comercio in Coimbra 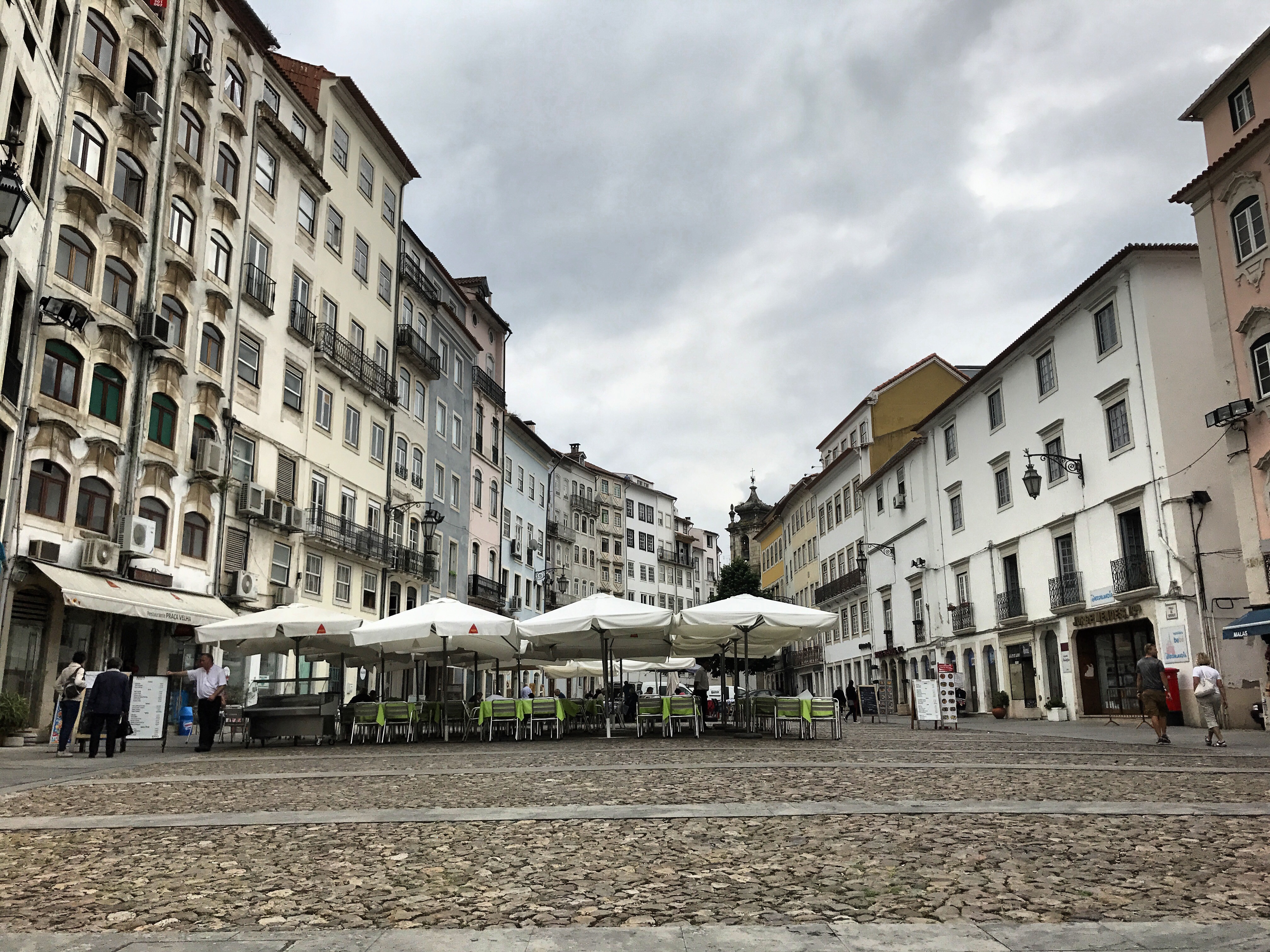 It was then back across the river to see Coimbra’s Praça Do Comercio. This square is home to a number of outdoor cafes and the Church of São Tiago.

We opted to get a light lunch here in an establishment called Cafe Luca. The sardines on toast with roasted peppers were excellent. 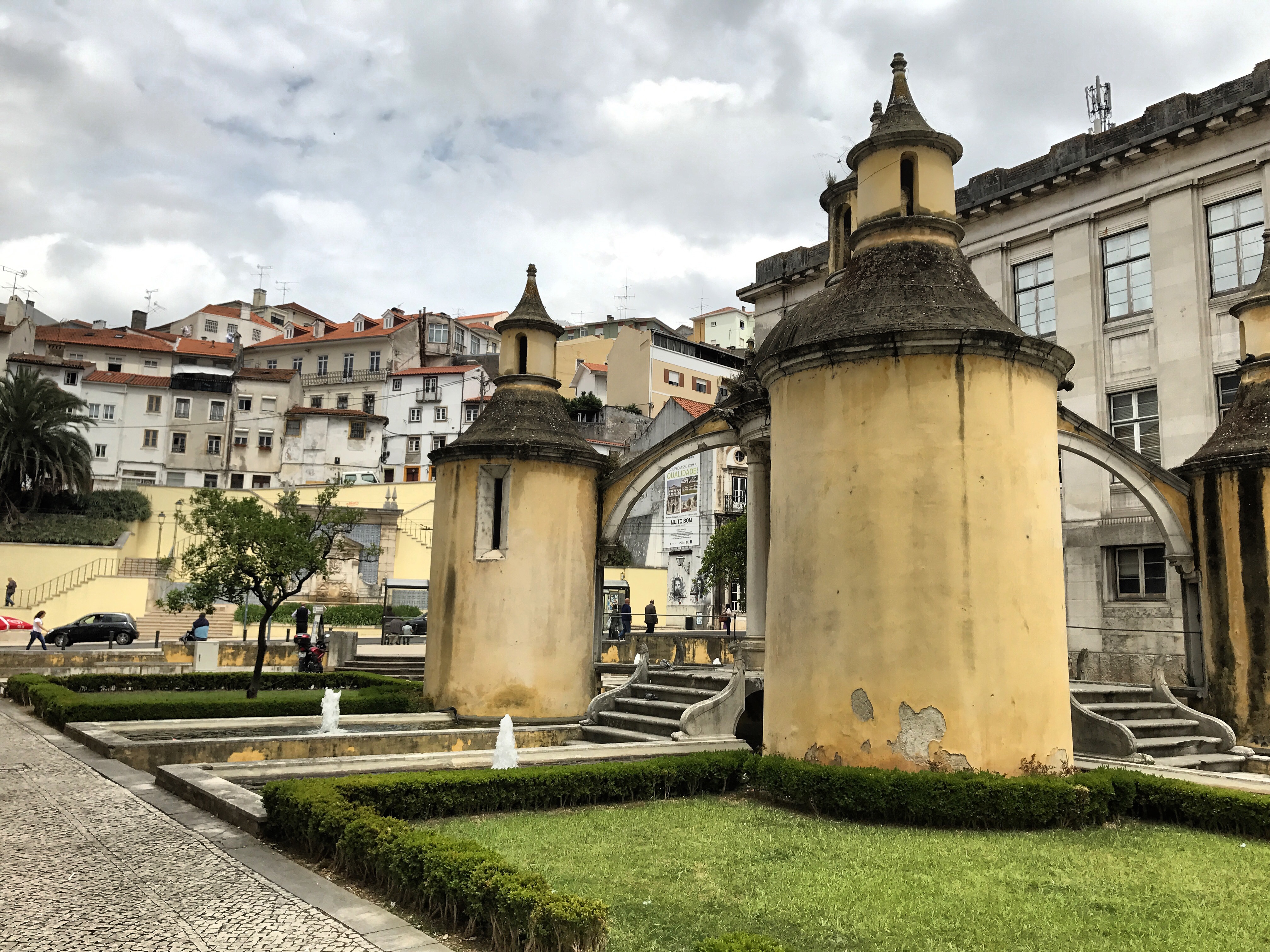 Jardim da Manga was our next destination. This small garden has an unusual yellow renaissance structure at the centre which links to four towers. A series of fountains complete its look. Although the towers look like they’ve seen better days to be honest.

There’s a little cafe in the square which we had a quick beer in to fully appreciate the gardens. 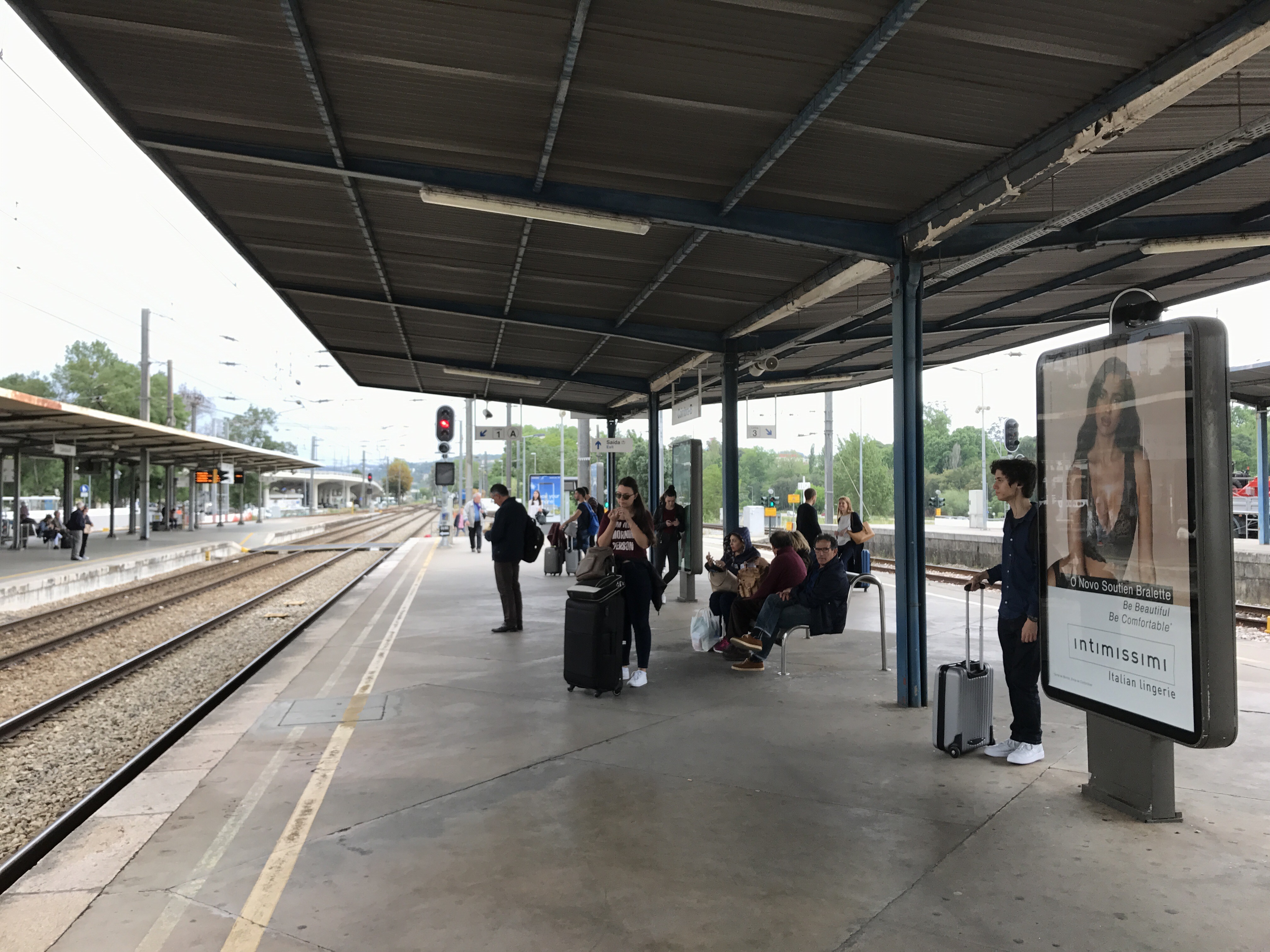 Saying goodbye to Coimbra we boarded our train to Porto. The only entertaining thing about being on board were the noises from a cat that we couldn’t locate. And no, we weren’t imagining the sounds either.

When we arrived in Porto we had an evening meal in Capa Negra II. It was back to the hotel to await the arrival of the parents who were flying out to join us.