Berlin TV Tower, Topographie des Terrors and a trip on a Spree riverboat

Based on a weather forecast saying Berlin would remain dry and clear, we changed our plans for the day.

Originally a number of websites dedicated to predicting the weather believed it would rain. 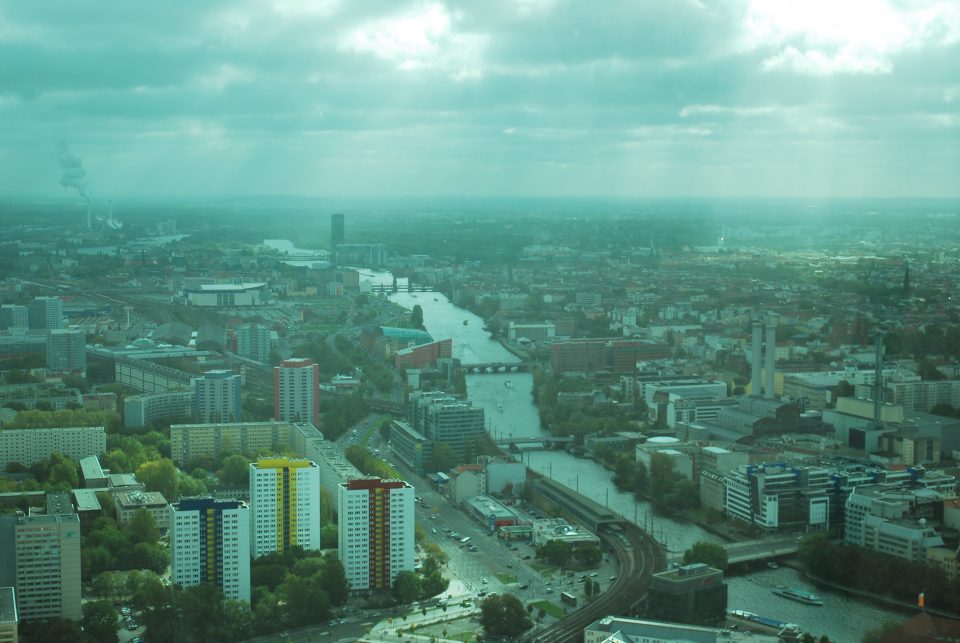 After eventually getting some breakfast it was straight on the S-Bahn to Alexanderplatz. The first stop of the day being the 368 metre Fernsehturm or in English, the TV Tower.

After getting our tickets there was a waiting time of 30 minutes. We used the time to go outside and get some photos of the tallest structure in Germany.

When our tickets were eventually called the tower’s lift transported us up 203 metres to the observation deck in just 40.2 seconds.

The visibility from the platform was good and it was nice to see the German capital and its landmarks from a new perspective.

After queuing for three centuries to get back down to ground level, I needed a hot drink. Whilst sipping my hot chocolate I noticed some beggars, apparently quite common occurrence in Berlin. They walk around asking members of the public if they speak English or German before showing a card with a story asking for money.

One approached our table and asked if I spoke English or German, to which I shook my hand. She then rattled off a few more languages with me still saying no.

Eventually she asked me what language I spoke, I replied with “Cymraeg”. This managed to confuse her and she walked off to hassle other people sitting on an adjacent table. Eventually she left when an elderly lady started shouting at her. 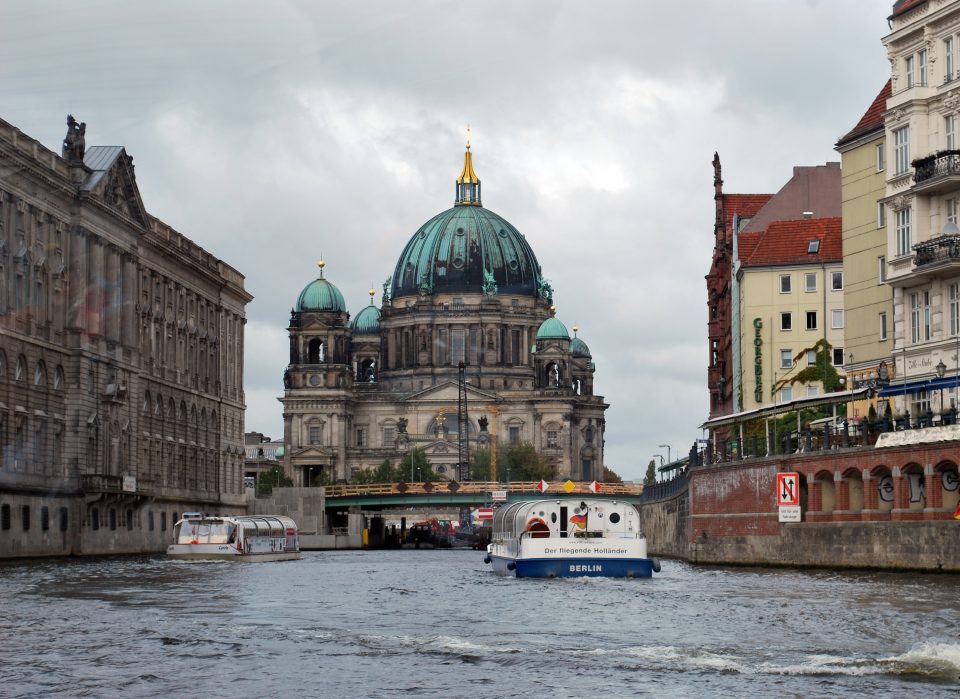 A Spree River trip was next on the agenda. With a beer ordered we sat back and had a drink. All while sites such as Berliner Dom, Museum Island and the Reichstag passed by on the banks.

After we disembarked my girlfriend decided she wanted another currywurst, I opted for a bratwurst on this occasion. This long spicy sausage was quite tasty.

On walking to our next port of call, we discovered a chocolatiers called Fassbender & Rausch. Inside were chocolate constructions of the Brandenburg Gate, Reichstag and Titanic. I managed to restrain myself from consuming them and opted to buy a smaller chocolate instead.

We then called into a small Stasi exhibition. This is an exhibit of records kept by the Stasi or former East German secret police. 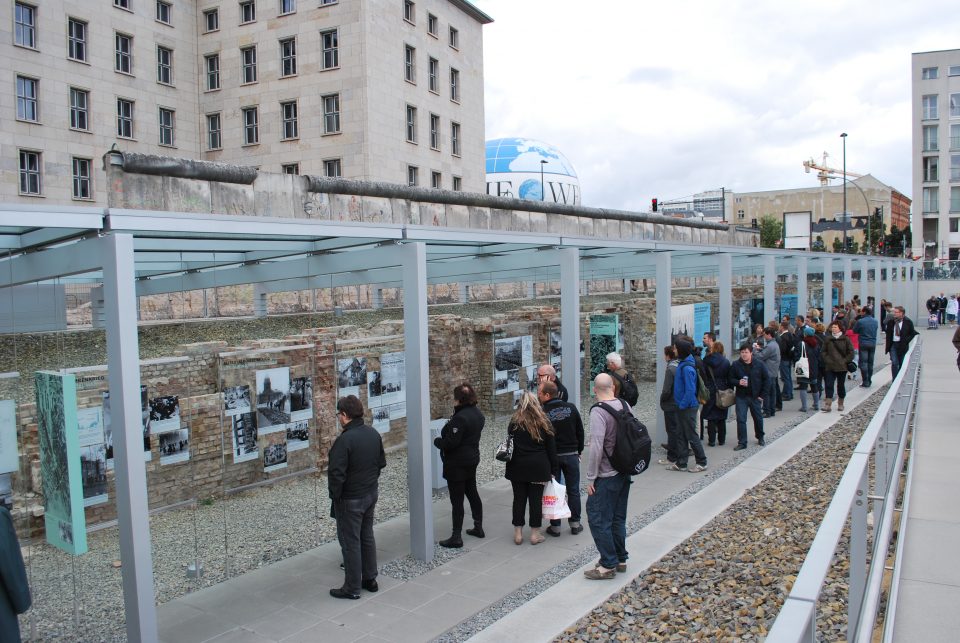 A two minute walk from here, next to the stretch of the Berlin Wall we saw on Thursday, is an exhibition called Topographie des Terrors. This museum tells of the horrific crimes undertaken by the Gestapo and the consequences of their actions. It was quite chilling to read the terrible details.

On a lighter note, while walking back to the train station, the giant pig and chicken costume that we saw in Potsdam yesterday had followed us to Berlin.

Our adventures continue tomorrow with a day trip to Saxony to visit the city of Dresden.

2011-10-08
Previous Post: Visiting Potsdam on a day trip from Berlin
Next Post: A visit to the historic city of Dresden in Saxony