Visiting Potsdam on a day trip from Berlin

By: ynysforgan_jack
In: Berlin, City-break, Germany, Travel
With: 1 Comment

Based on our experience with yesterday’s rain we left the decision on what to do today to the last earth minute.

With the Berlin equivalent of Derek Brockway informing us that it would be dry, we got on the train and headed out of the city to Potsdam. 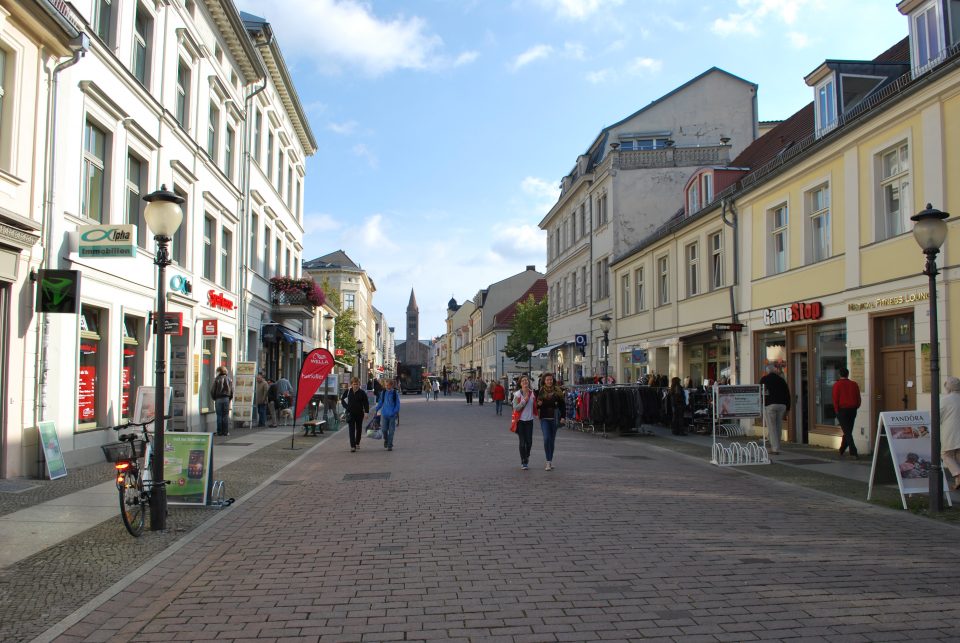 Upon getting out of Potsdam train station my sense of direction had obviously decided to stay in the hotel and we walked for 10 minutes in the wrong direction, ending up on a road in some woods.

After getting back on the right track we eventually got to Potsdam town centre.

Potsdam is located on the river Havel and is the capital of the state of Brandenburg. 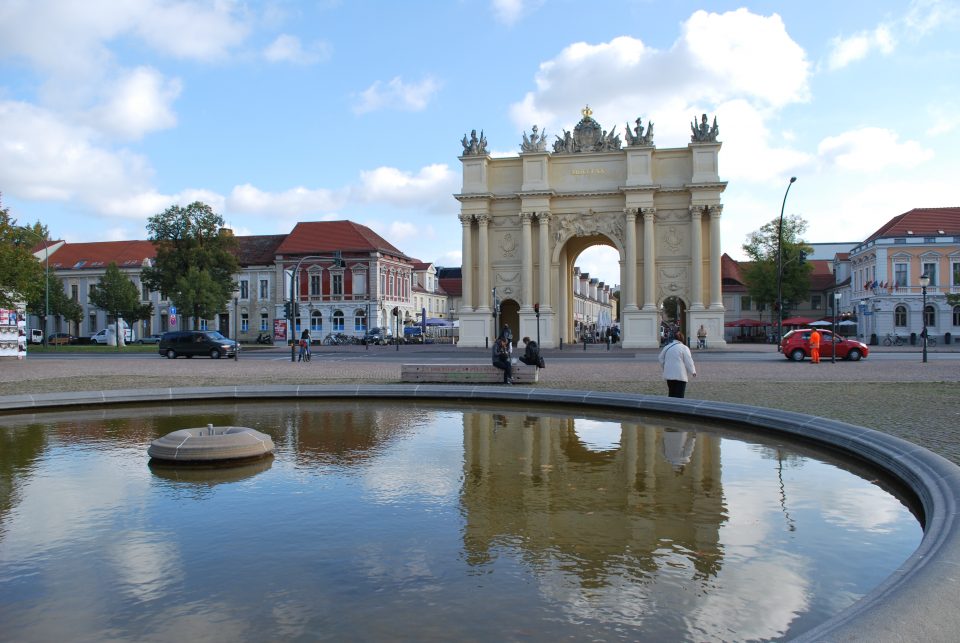 At the end of the main street is the Potsdam version of the Brandenberg Gate. Although smaller than its Berlin relation it is actually older and still quite impressive.

Also like yesterday at the gate in Berlin, where costumed characters such as Yogi bear and Darth Vader strolled around, a girl was dressed as a chicken handing out leaflets with a giant pig behind her. 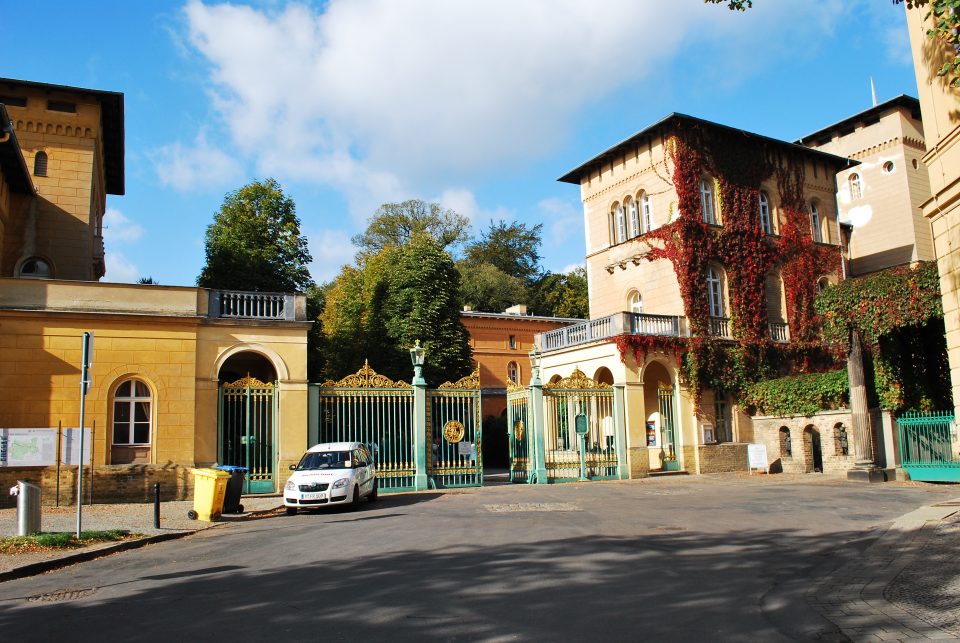 It was then onto Park Sanssouci for a walk to see some of the attractions Lonely Planet states are essential viewing.

The park is the oldest in Potsdam and is home to landscaped gardens, woodlands and Unesco World Heritage palaces. 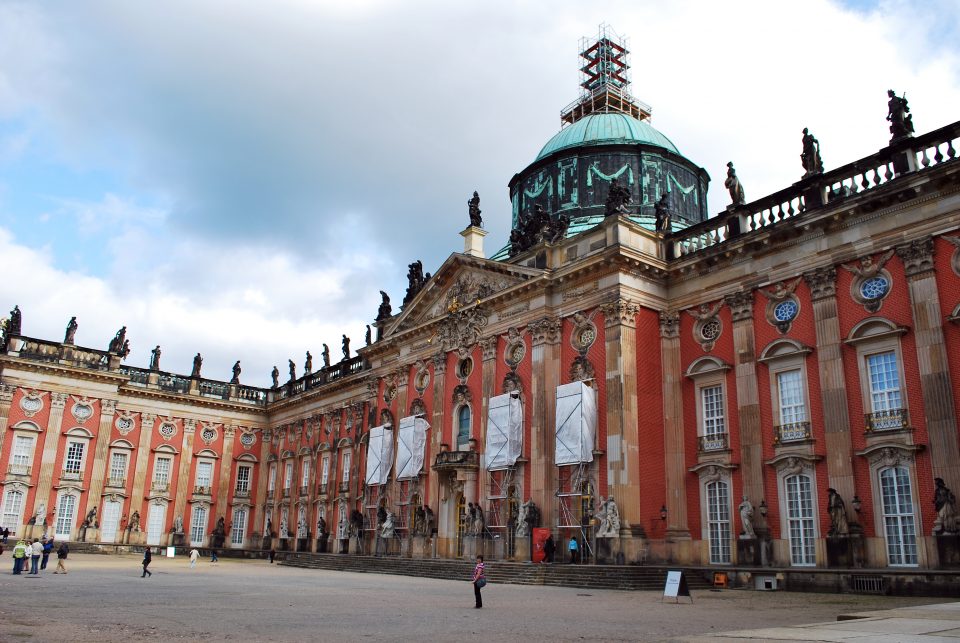 We decided visit the building furthest away first which was Neues Palais. Like Berlin the construction and renovation bug has spread down to Potsdam, so a large part of the palace was under scaffolding.

Nonetheless the palace, which was constructed by Frederick the Great and later inhabited by the last German Kaisar, Willhelm II is still very impressive. 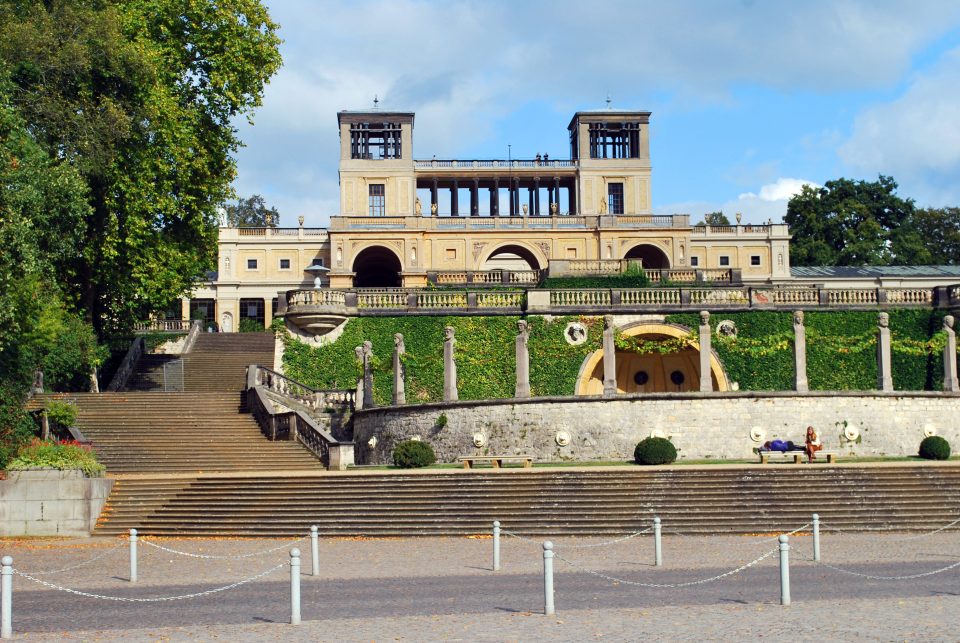 After making our way further into the park, which seriously lacks directional signage, we came to Orangerieschloss.

Orangerieschloss is a 300m long palace built by Friedrich Wilhelm IV as a base for royal visitors. After avoiding tens of thousands of tourist buses I managed to get a few photos. 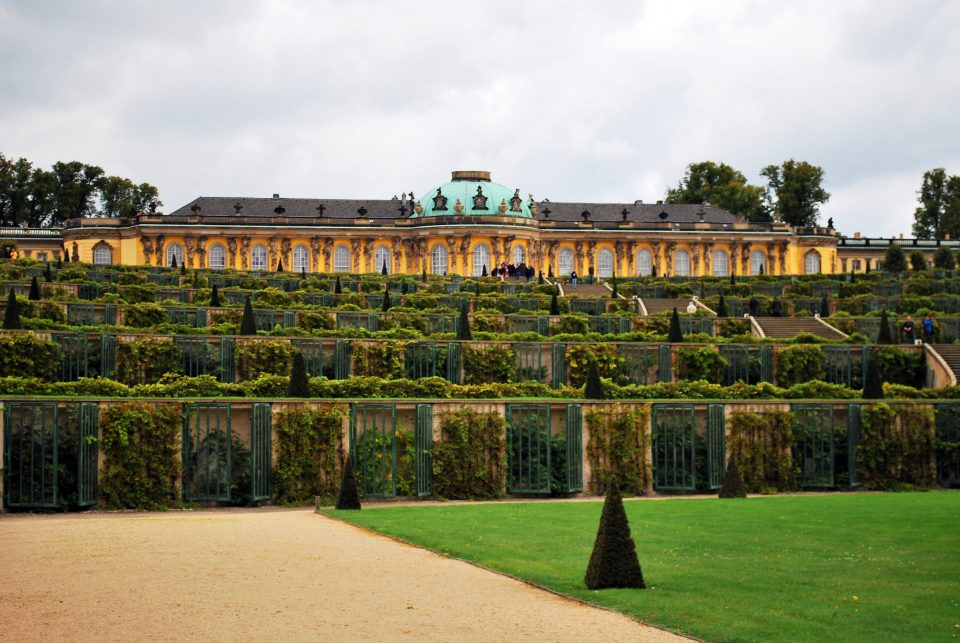 Following another signage-less path we came to the main attraction of the day – Schloss Sanssouci. This palace was built by Georg Wenzeslaus van Knobelsdorff in the 18th century.

The 132 stairs leading up to the palace are tiered with each section having hedgerows and grassy space. This was quite nice as (i) it made for some good photos and (ii) allowed for some amusing moaning from my girlfriend. But to be fair we had probably walked about 7miles at this point.

At the rear of the castle some ruins in the distance caught my eye. This turned out to be Ruinenberg, a folly built by Frederick the Great.

With our legs aching it was back to Potsdam to procure a pint of beer. I opted for a Radeberger Pilsner. The chicken at the gate was still going strong. 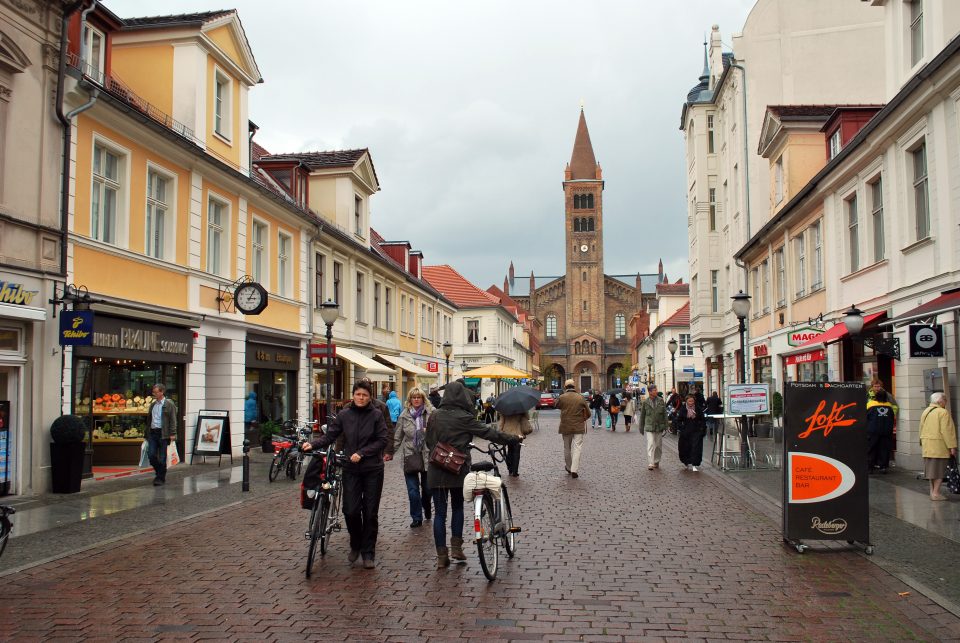 Walking back through central Potsdam, the German Derek Brockway’s advice failed us and the heavens opened. My other half who was eating a currywurst headed for a nearby tree.

With the rain we decided to make our way back to the subway station to get the S7 back to Zoo Station.

In our rush, and with my sense of direction still firmly packed away in the hotel, we ended up on the wrong train.

Luckily the subway followed the same route for a while, and by the time we realised we were on the wrong train, we only had to go back two stops.

Fortunately there were no more slip ups and we got back to the hotel.

It’s back into Berlin tomorrow to take in some of the museums.