A visit to the historic city of Dresden in Saxony

By: ynysforgan_jack
In: City-break, Germany, Travel
With: 0 Comments

When the cockerel awoke this morning to emit its early cry, we were probably already awake.

This was to allow for an early breakfast and for my girlfriend to take several hours to do her hair and make-up before we took a trip to Dresden in Saxony.

With breakfast consumed and the hairdryer finally turned off, we made the short walk to Zoo Station to get our bus.

The journey to Dresden 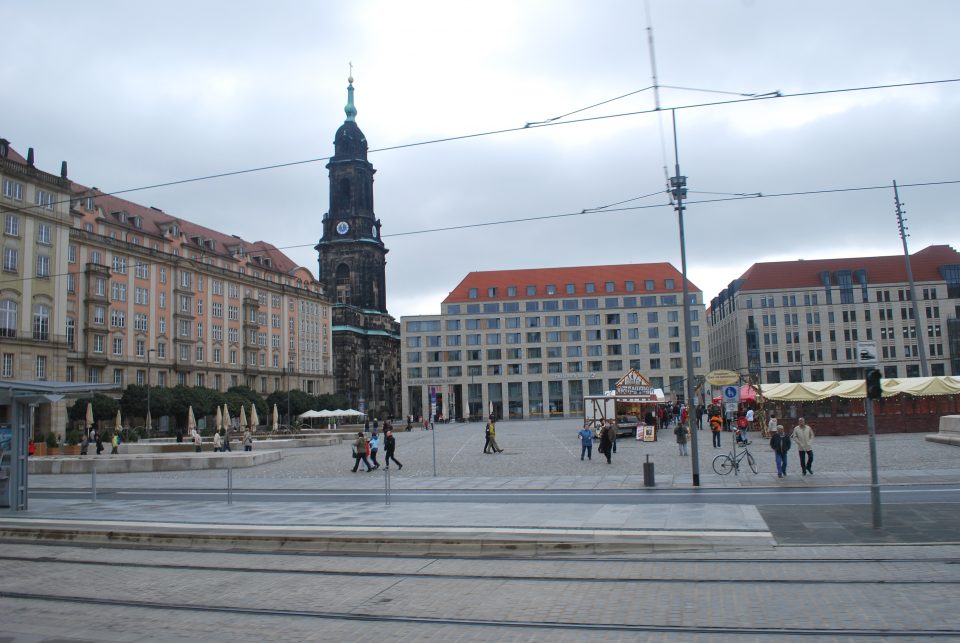 It was a two hour bus trip to Dresden which is the second largest city in Saxony.

The journey had a few items of interest which were:

The bus pulled up at Altmarkt in Dresden and we were ready to explore! 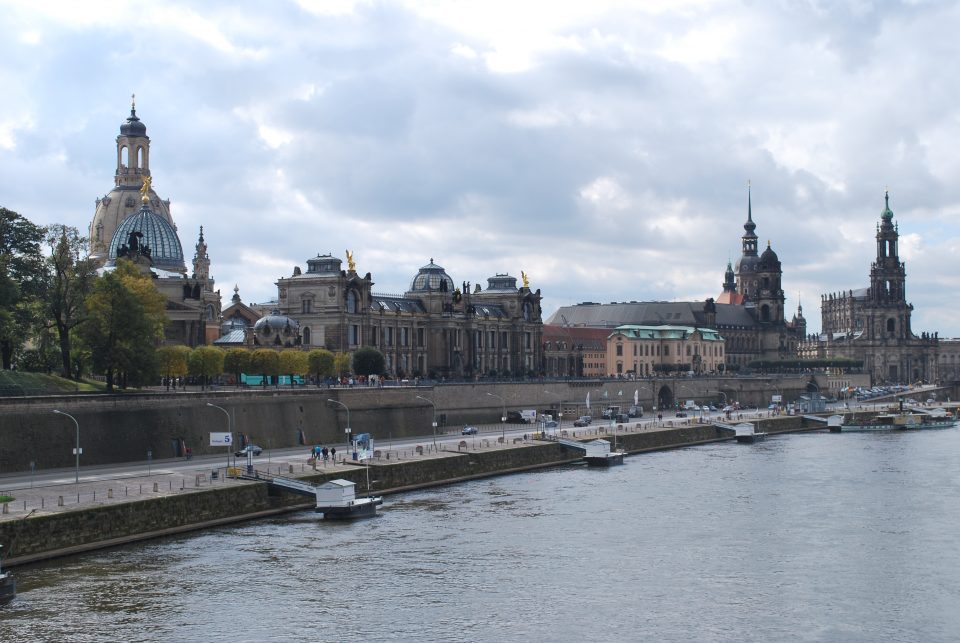 Once we arrived at our destination we were given a talk on the history of the city.

Dresden is a city famous for a number of reasons.

Firstly for August the Strong, who oversaw the construction of many of Dresden’s buildings. This was after he took power from his brother who died of syphilis.

Secondly for its china. The legend tells that August the Strong wished to find quick ways to make some money. So he tasked his alchemist to make him gold.

The alchemist was given a deadline to find a method or lose his head. Unfortunately he failed to find a way to make gold. Instead he found the formula for china so Dresden’s reputation for China was born.

Thirdly, Dresden is known for the World War II bombing from allied forces which destroyed the city by reducing it to rubble and killing tens of thousands. 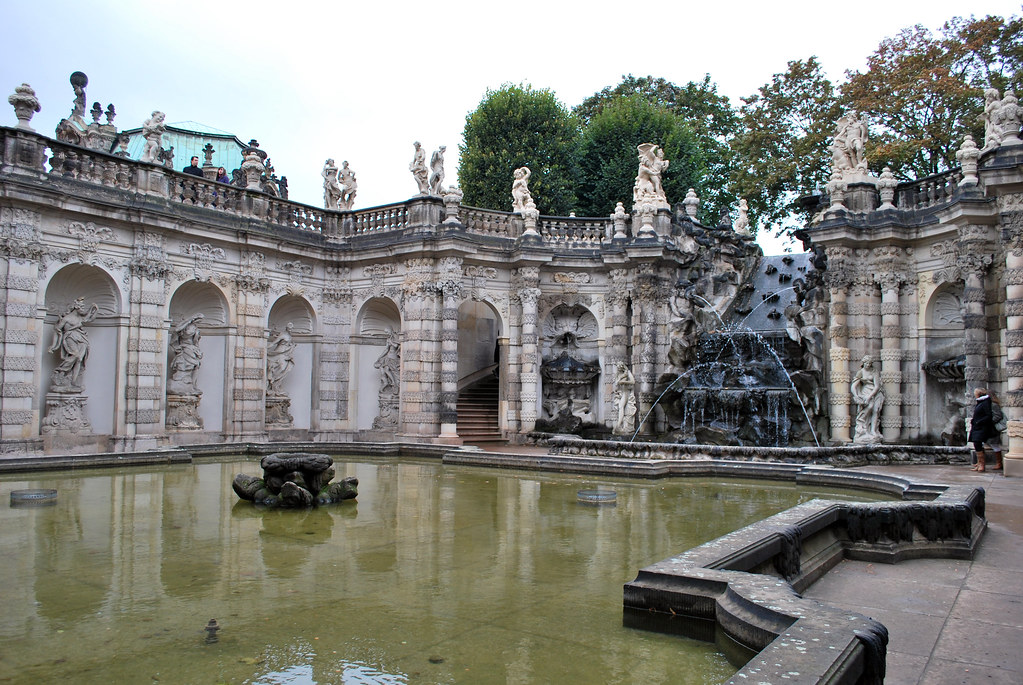 The first attraction visited was Zwinger. This is one of the most impressive baroque buildings in Germany and used to serve as a meeting place for royals.

Just opposite Zwinger is Residenzschllos where August the Strong’s female acquaintances would stay. Residenzschllos is connected with Hofkirche by an elevated passageway so August could confess his sins quickly!

We then traversed some of Dresden’ s narrow streets before getting to the main square or Neumarkt, which is overlooked by Frauenkirche church. 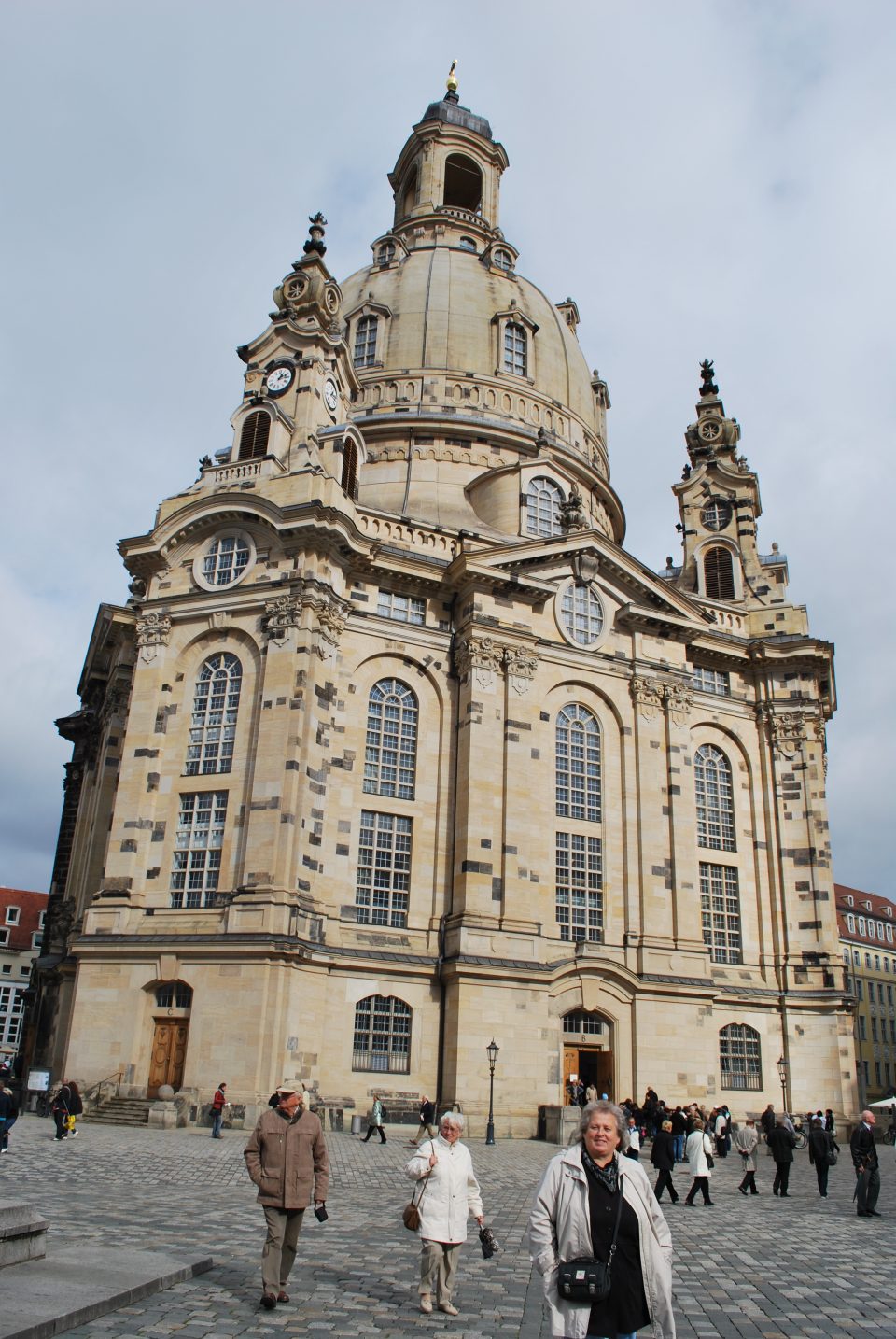 Frauenkirche is one of the main attractions of Dresden. The original building collapsed two days after the allied bombing in 1945. It’s reconstruction was completed in 2005.

If you’re wondering why it took so long to rebuild, the GDR left the rubble there to serve as a war memorial.

Thankfully there were no Yogi Bears, Darth Vaders, Chickens or giant pigs to ruin any photos in the main square. 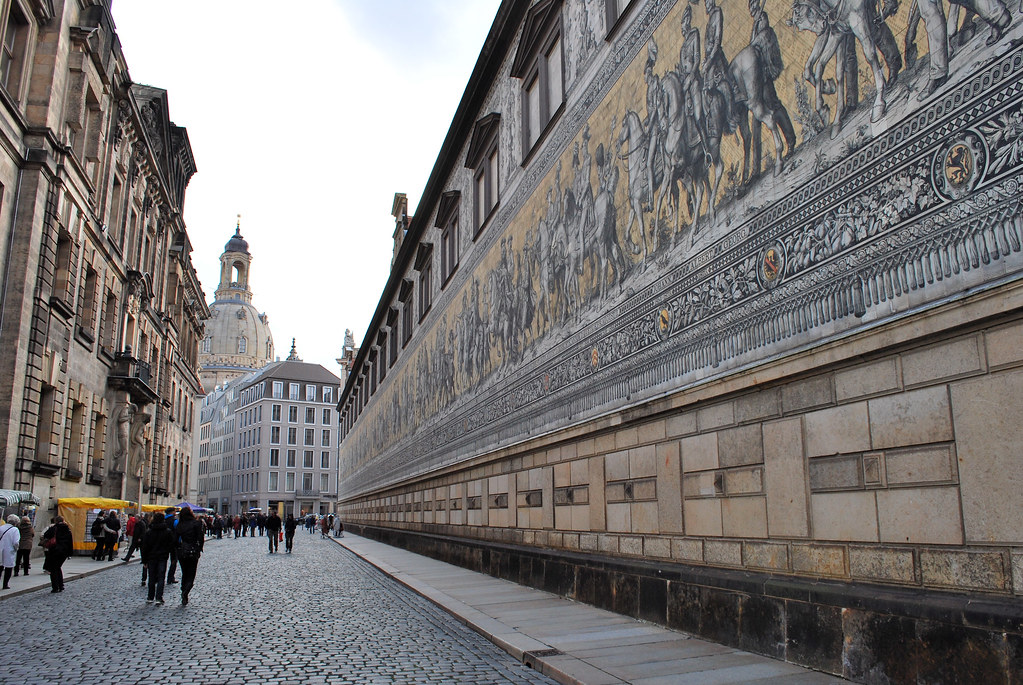 Just off Neumarkt is one of Dresden’s China shops. If anyone is thinking of visiting the city to pick up some china then I suggest you arrange a substantial bank loan or a mortgage first.

The street behind Neumarkt is called Augustusstrasse and is home of the Furstenzug or the Procession of Princes. It’s a 102 metre mural constructed from 24,000 porcelain tiles depicting royalty on horses.

It was then off for a walk along the river to get some better views of the cityscape. 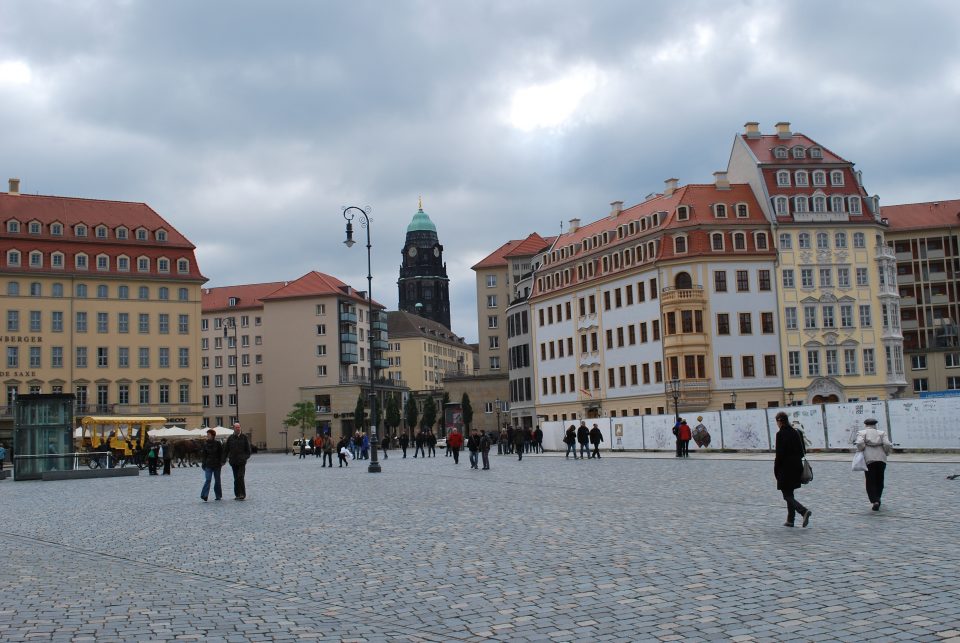 All this exploring had generated a substantial thirst so we headed back to Neumarkt to have a pint.

After locating a suitable bar with outdoor seating, I ordered a pint of Krusovice Schwarzbier, it promptly arrived 23 minutes later.

We then had a bit of time to try the local delicacy, a cake called Baumkuchen or ‘tree cake’. This gets it’s name from how it’s prepared and the lines on the interior look like those on a felled tree. I was assured by shop assistant that bark was not an ingredient.

I really enjoyed Dresden, it’s a great city with fantastic architecture and character. It’s a shame we only had a few hours to see it.

2011-10-09
Previous Post: Berlin TV Tower, Topographie des Terrors and a trip on a Spree riverboat
Next Post: Life in East Berlin and Pergamonmuseum