It was to be one of my favourite days so far in Canada as we travelled from Jasper to Banff along the Icefields Parkway in Alberta.

With the car loaded up it was time to say goodbye to our hotel for the last two days. The local elk must have been sad to see us leave Jasper, once again they were at the front of the hotel to see us off. 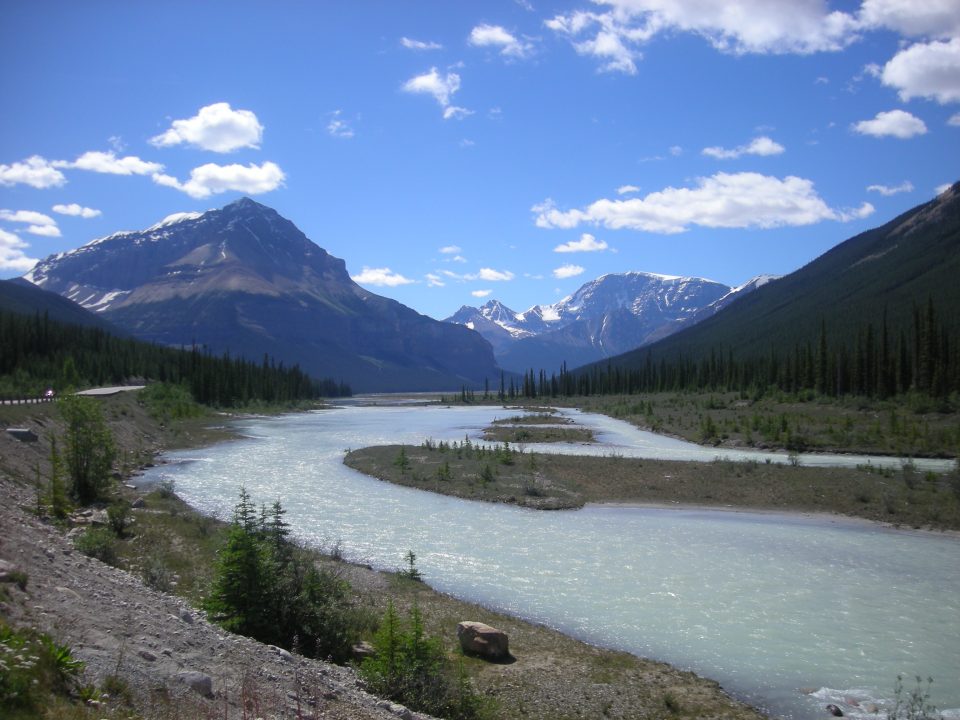 We then started along Highway 93, or as it’s more commonly known, the Icefields Parkway. This gorgeous stretch of road connects Jasper and Banff National Park. We had to continuously pull over in the car as the landscape was absolutely stunning in every direction.

Whether it was rivers, mountains, lakes and wildlife along the way, this is easily the most scenic drive that I’ve ever had the pleasure of making. There were loads of things to see on the way.

Our first stop of the day on the Icefields Parkway was Sunwapta Falls. We parked by some totem poles and made the short walk to the falls.

I had seen Sunwapta Falls previously in 2002, but I was still mesmerised by them. There were two falls to see, the upper and lower falls. The upper falls seemed to be much busier though. Probably because it was a bit of a walk to the lower ones.

It was definitely worth the walk down though as the views across some of the bridges were amazing. 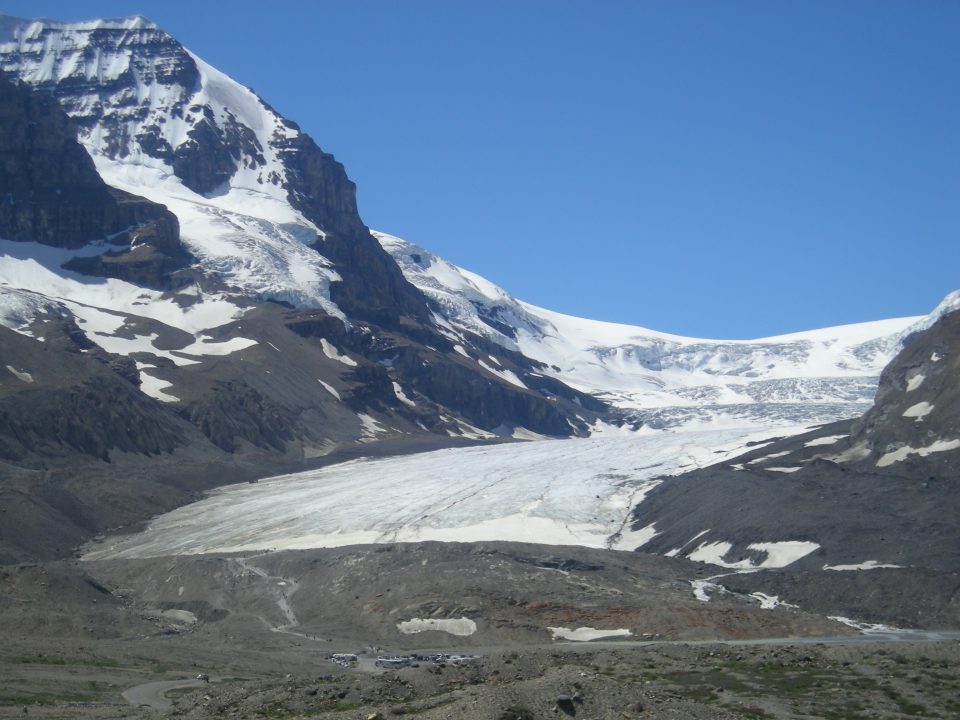 After about an hour of driving through incredible scenery we arrived at Athabasca Falls. Last time we were here in 2002 we took a snow coach onto the Athabasca Glacier which was a unique experience. We even tried some fresh water flowing from the glacier itself.

This time though we just admired the Athabasca Glacier from a distance and watched the snow coaches make their way onto it. I was a little disappointed that we were not making a return trip onto it but it was nice to be back nonetheless. 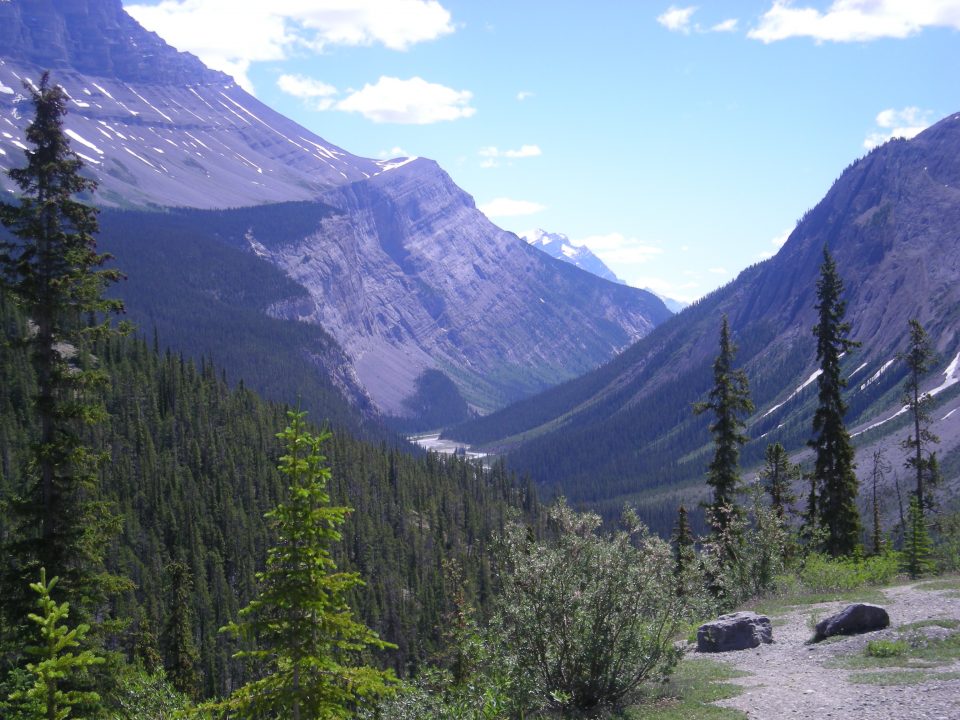 On the mountain on our left hand side we got a picture of Bridal Veil Falls which has a drop of around 1,200ft. 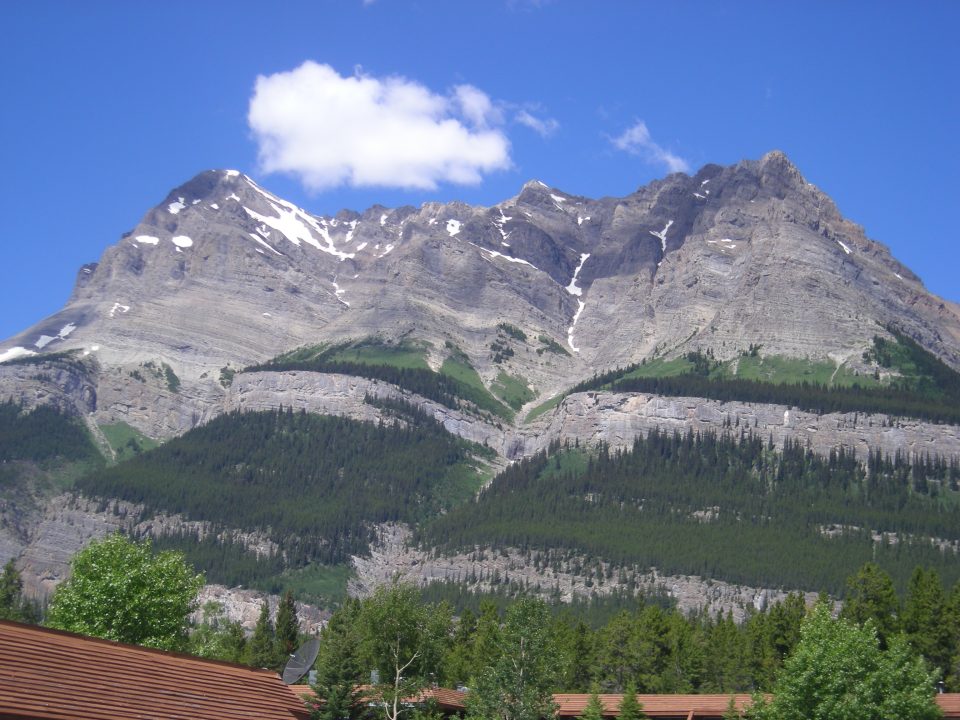 We then stopped for a rest at Saskatchewan River Crossing where we also enjoyed a light lunch and a look around a souvenir shop.

It is said that Saskatchewan was once a meeting point for fur traders in the 19th century. Now it seems to be more of a service stop with accommodation and a petrol station. 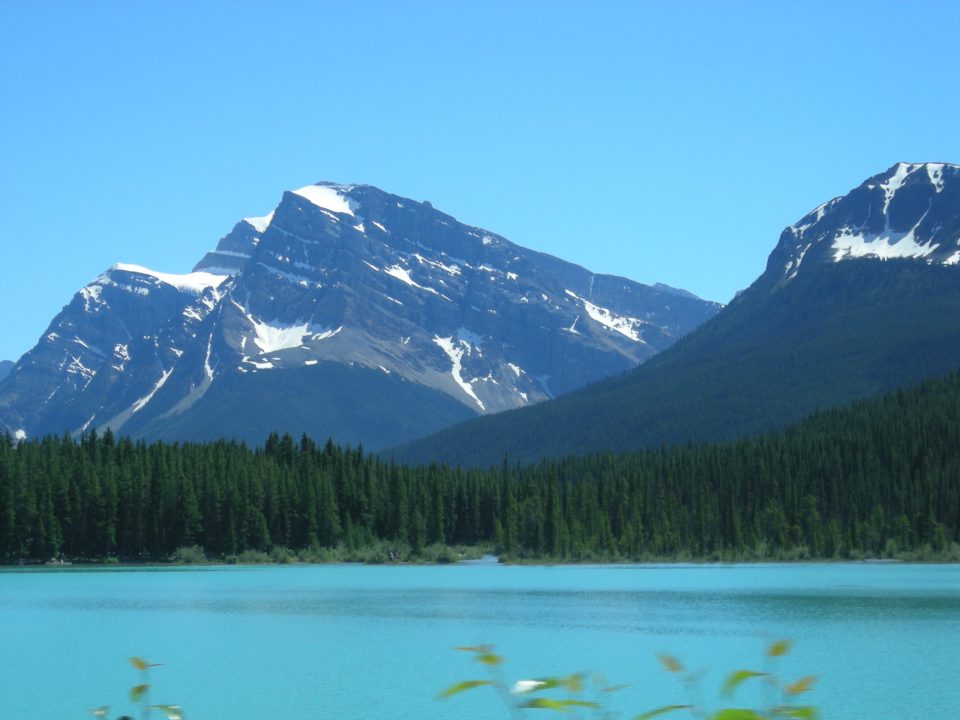 I joked in the car that the Icefields Parkway was the gift that kept on giving. This was definitely proved true as we arrived at Bow Lake.

Bow Lake’s waters were bright turquoise in colour which really complimented the snow-capped mountains behind it. In the grand scheme of things Bow Lake is smaller compared to others we had seen on the trip, but this took nothing away from how striking it was.

We also noticed that a few other visitors took the opportunity to have a swim in the lake’s blue waters. Must have been cold! 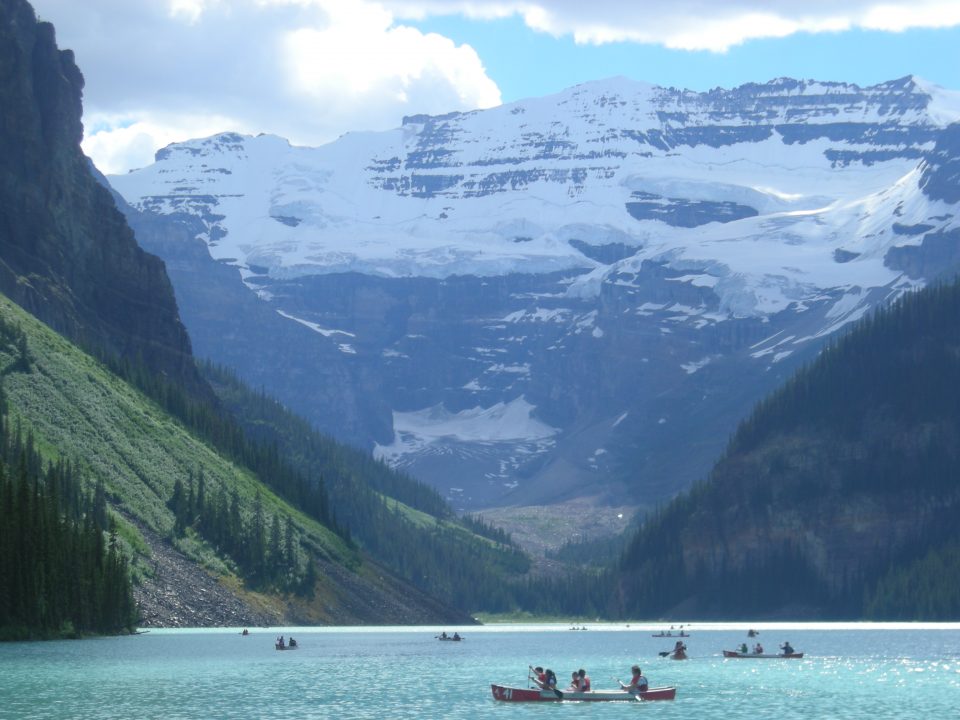 With the day drawing to a close and with us getting closer to our destination we made our way to yet another lake. This time it was to be the famous Lake Louise.

This was one of the most extraordinary sights that we had seen all day. The emerald water of Lake Louise was glistening as canoeists paddled on it. The mountains and glacier seemed to close around the lake giving it a compact feeling.

Unfortunately a stay at Chateau Lake Louise was out of our budget but it added to the feel of this beautiful place. 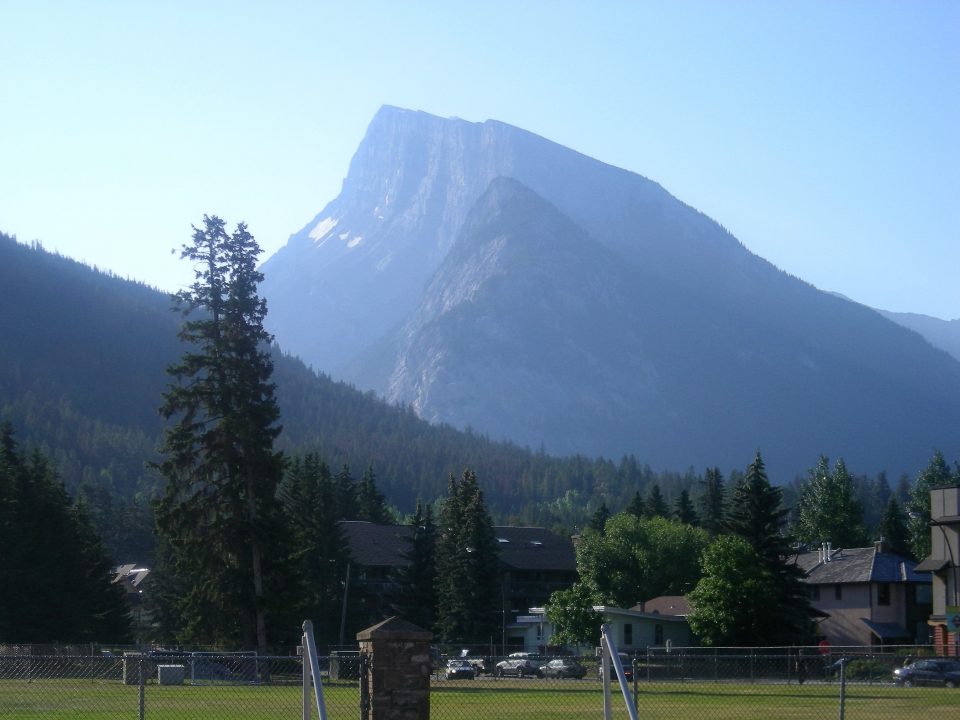 Leaving Lake Louise behind us we then made the final leg of our journey to the town of Banff. We will be having a look around this resort town tomorrow but the surrounding mountains dominated the skyline.

Once we checked into our hotel we were very tired after the long trip from Jasper and decided on a Chinese takeaway and an early night.

It gave us time to reflect on what an amazing time we had travelling along the Icefields Parkway. There was amazing scenery around every corner which really made it a special day.