A day trip to Braga to see the cathedral, city centre and Roman ruins

By: ynysforgan_jack
In: Braga, Portugal, Travel
With: 2 Comments

Braga is the third largest city in Portugal and it was our destination of choice for a day trip from Porto.

It was an interesting taxi ride to Porto Campanhã train station in rush-hour traffic. It seems the only rules of the road are to give way to no one and beep everyone. Beeeeeeeeep!

Train to Braga from Porto 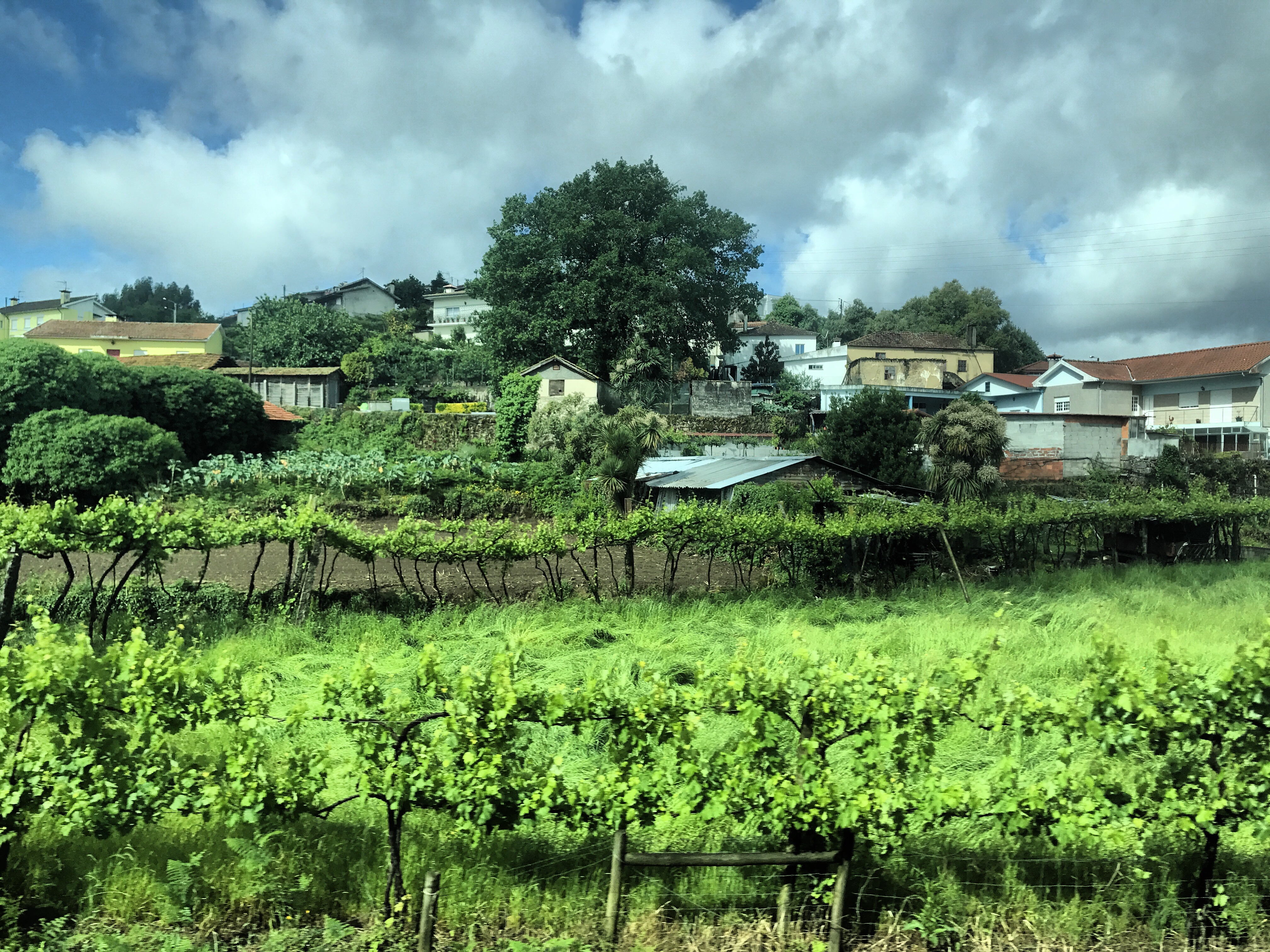 There was a minor delay on our 9:46am train to Braga. Bearing no expense we splashed out an extra €5 to go first class on our journey.

We had a free espresso in the first class carriage. With more caffeine in my system I was ready to see what Braga had to offer. Even if heavy rain showers were forecast throughout the day. 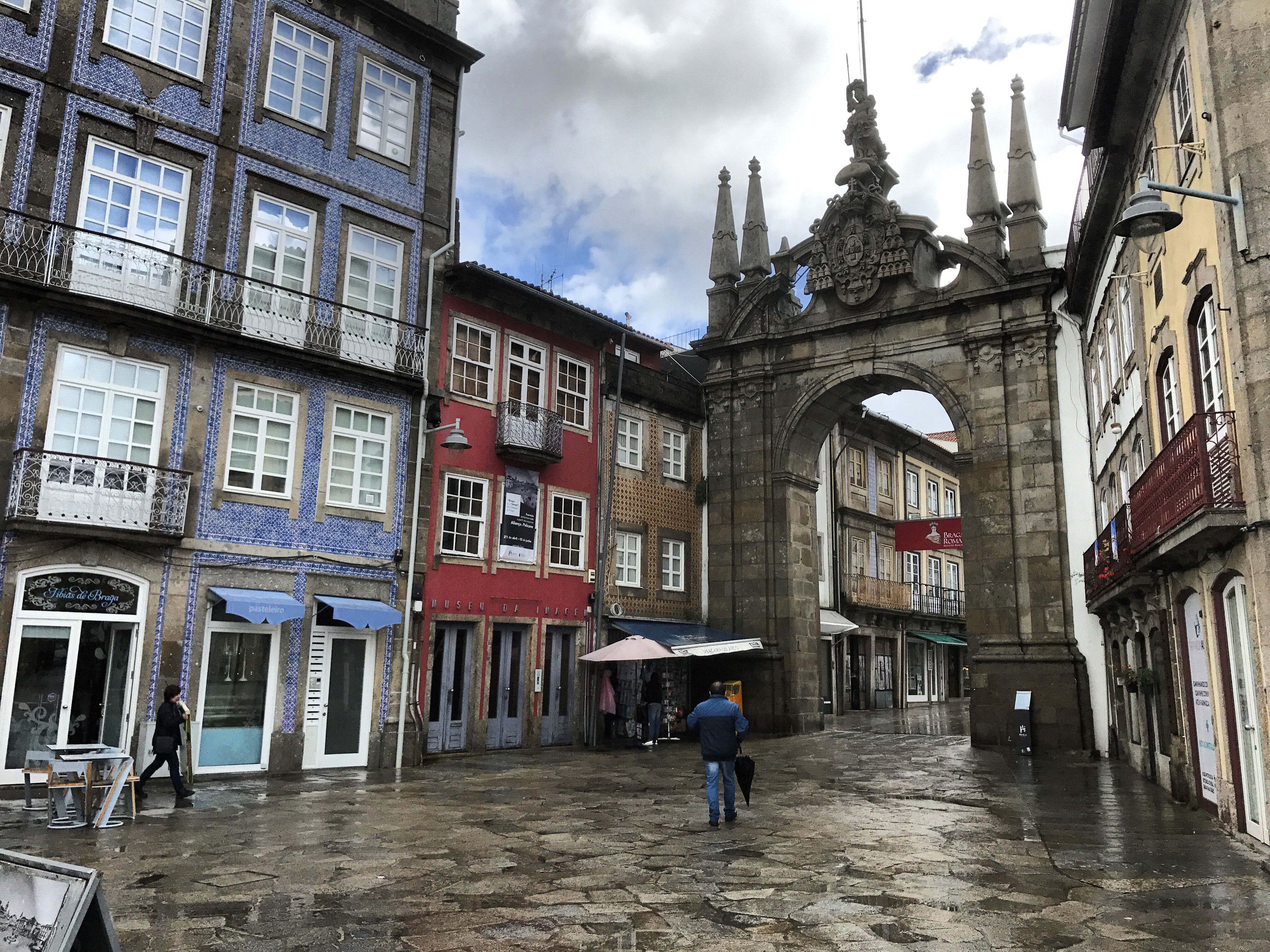 The first thing to greet us after a short walk from the train station was Arco da Porta Nova. This gate is of baroque design and was built by architect André Soares in the late 18th century.

This portal leads to the narrow streets of Braga’s city centre. These were full of little shops and cafes. One of which we had to take refuge in to avoid the first rain shower of the day.

Whilst sipping on a beer and watching the world go by, I noticed a little dog guarding an entrance to a shop opposite. Every time someone tried to enter he’d stop them with his barking. I wonder how much business this shop gets with its canine security guard? 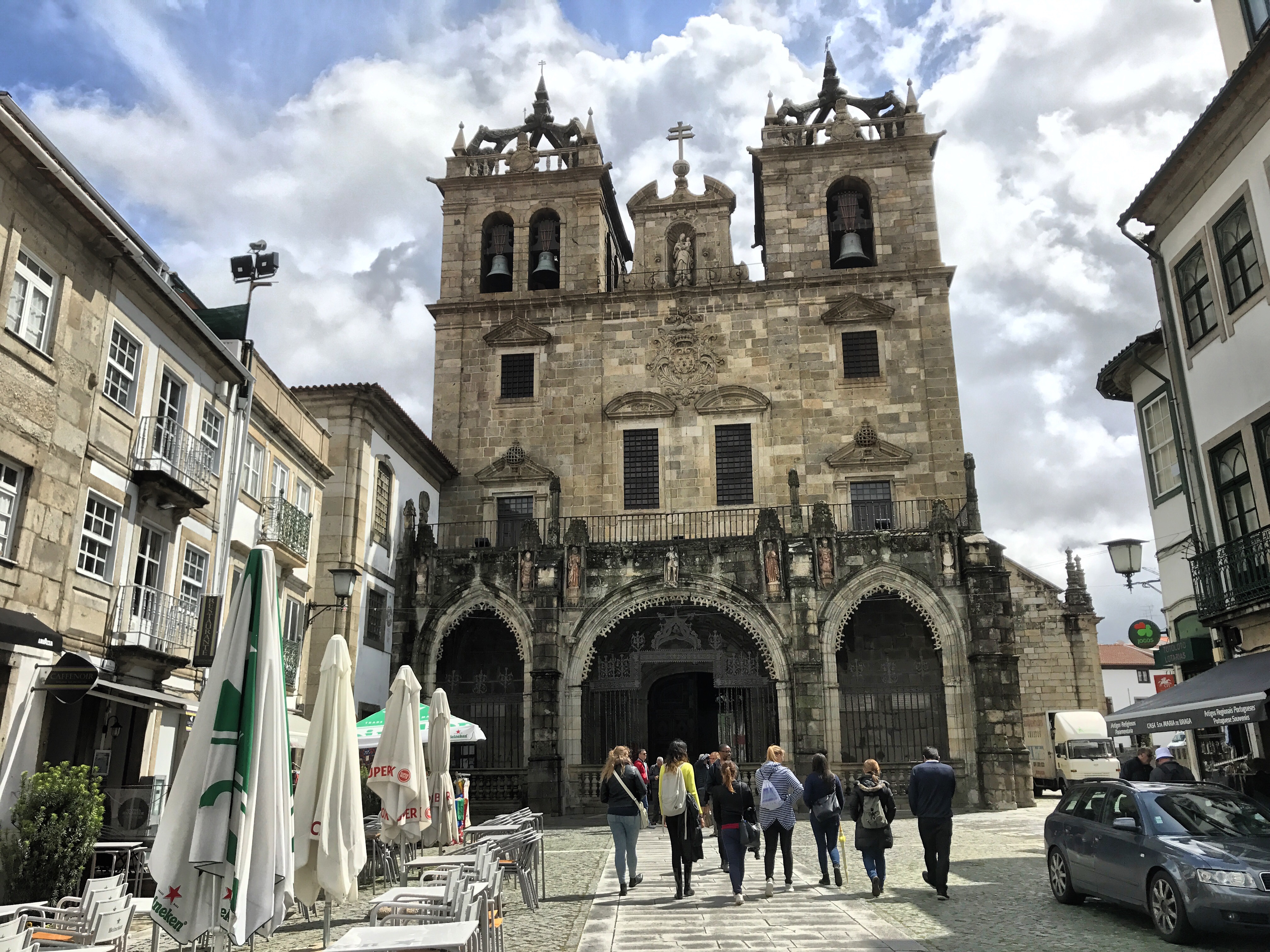 This cathedral is the oldest and most important in Portugal. It really is magnificent on the inside and outside. It was only €2 for entry too.

What makes this cathedral really unique is that it’s made up of several different architectural styles. Two of which were romanesque and baroque. 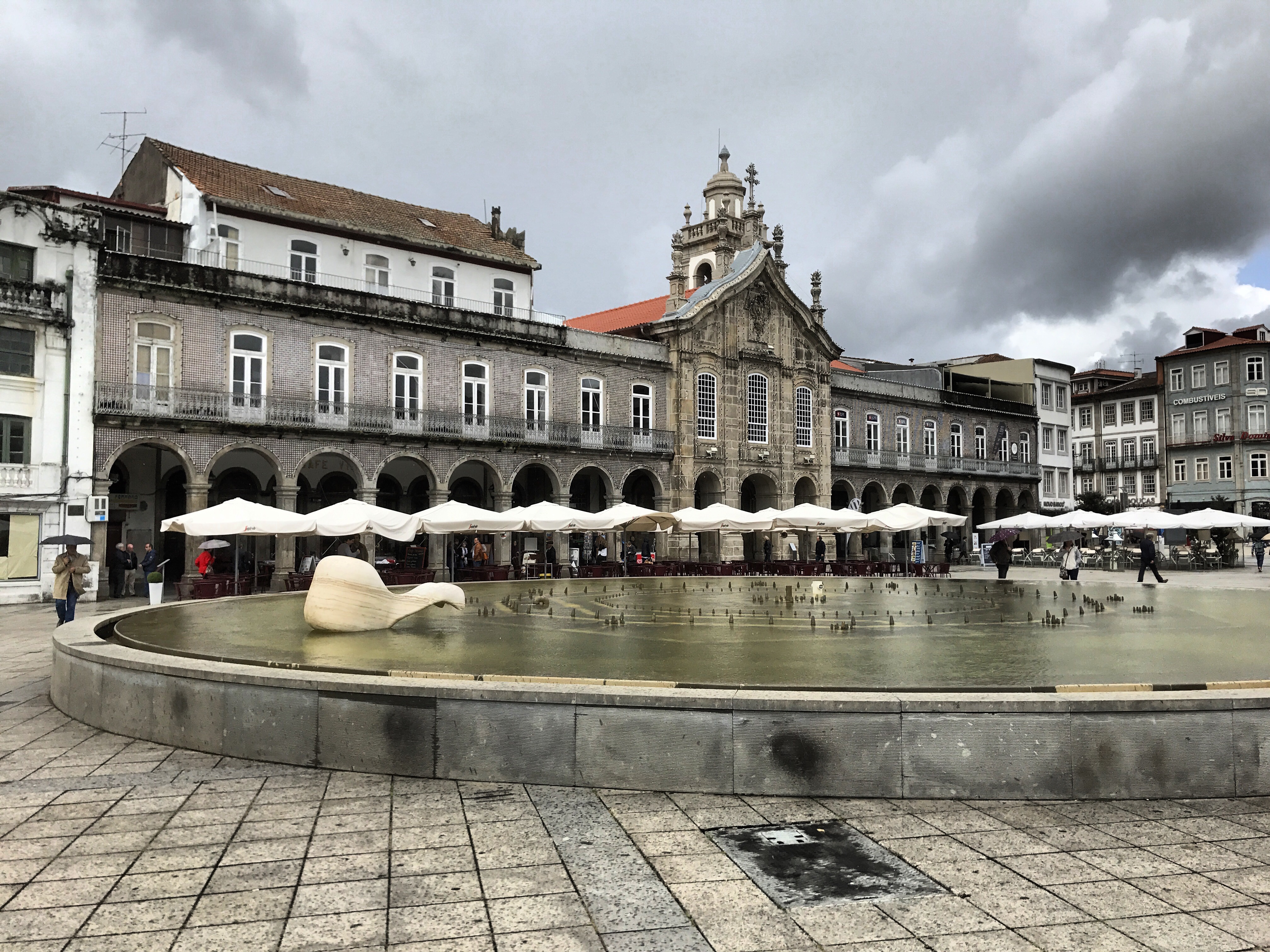 We then made our way up to Praça da Republica. This long plaza has a number of outdoor cafes and bars. With the second heavy rain shower of the day commencing we had to enter one of these for a snack.

At the top end of the plaza is the pretty Igreja da Lapa. And right behind this are the remains of the Castle of Braga. 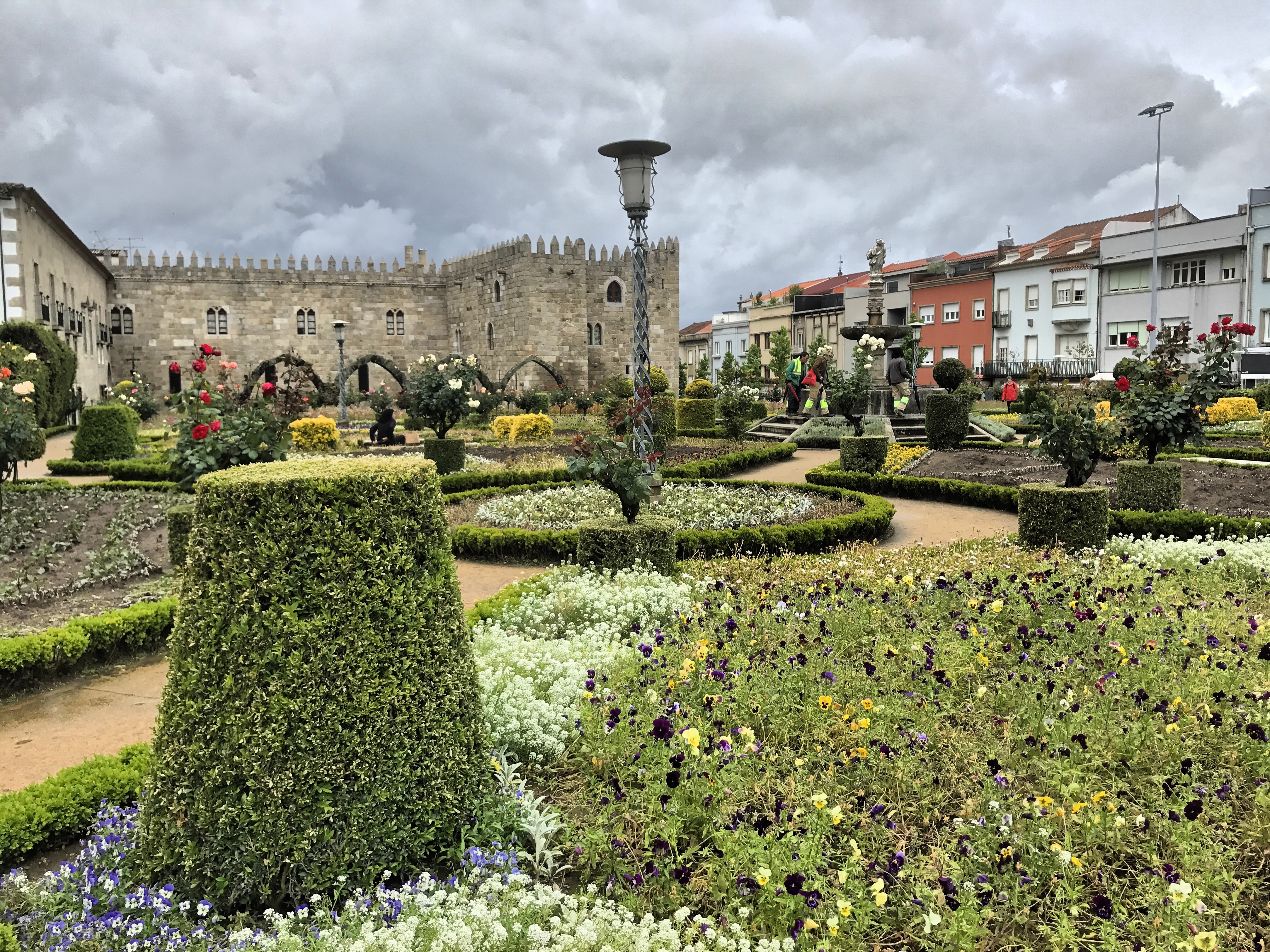 In amongst the narrow streets of Braga is Jardim da Santa Barbara. These 17th century botanical gardens have narrow paths leading through different species of flowers to a central fountain.

The garden is bordered by the Episcopal Palace which adds to the garden’s charm. The scent was so strong from the flowers and plants that I thought it would set my hay fever off. Ah-choo! 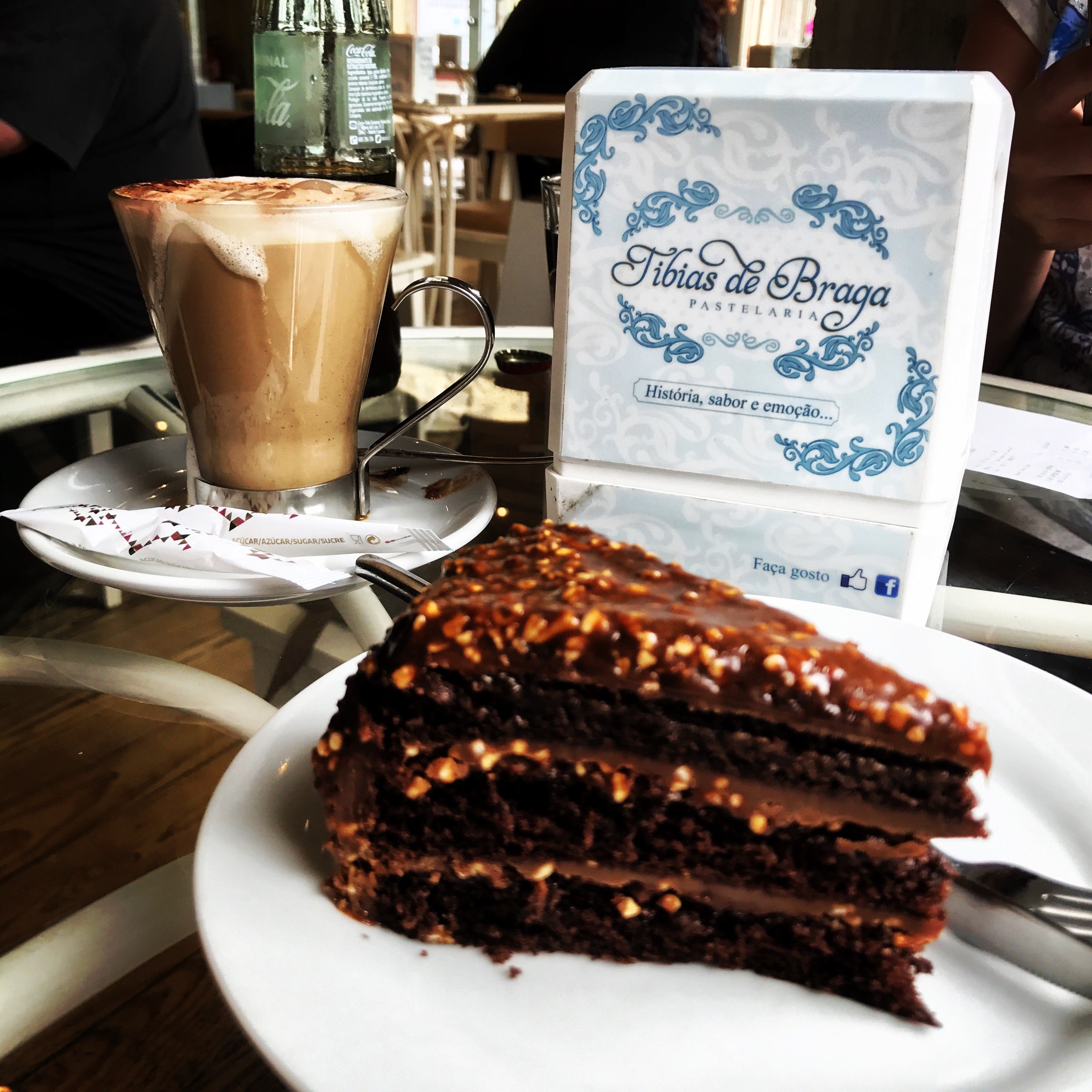 We then stopped in Tibias de Braga. This blue tiled pastelaria sold some of the finest looking cakes and pastries we’d seen since being in the city. Obviously we just had to indulge.

It wasn’t disappointing earlier, the ferrero cake I had was immense. Even if the waitress was quite miserable. 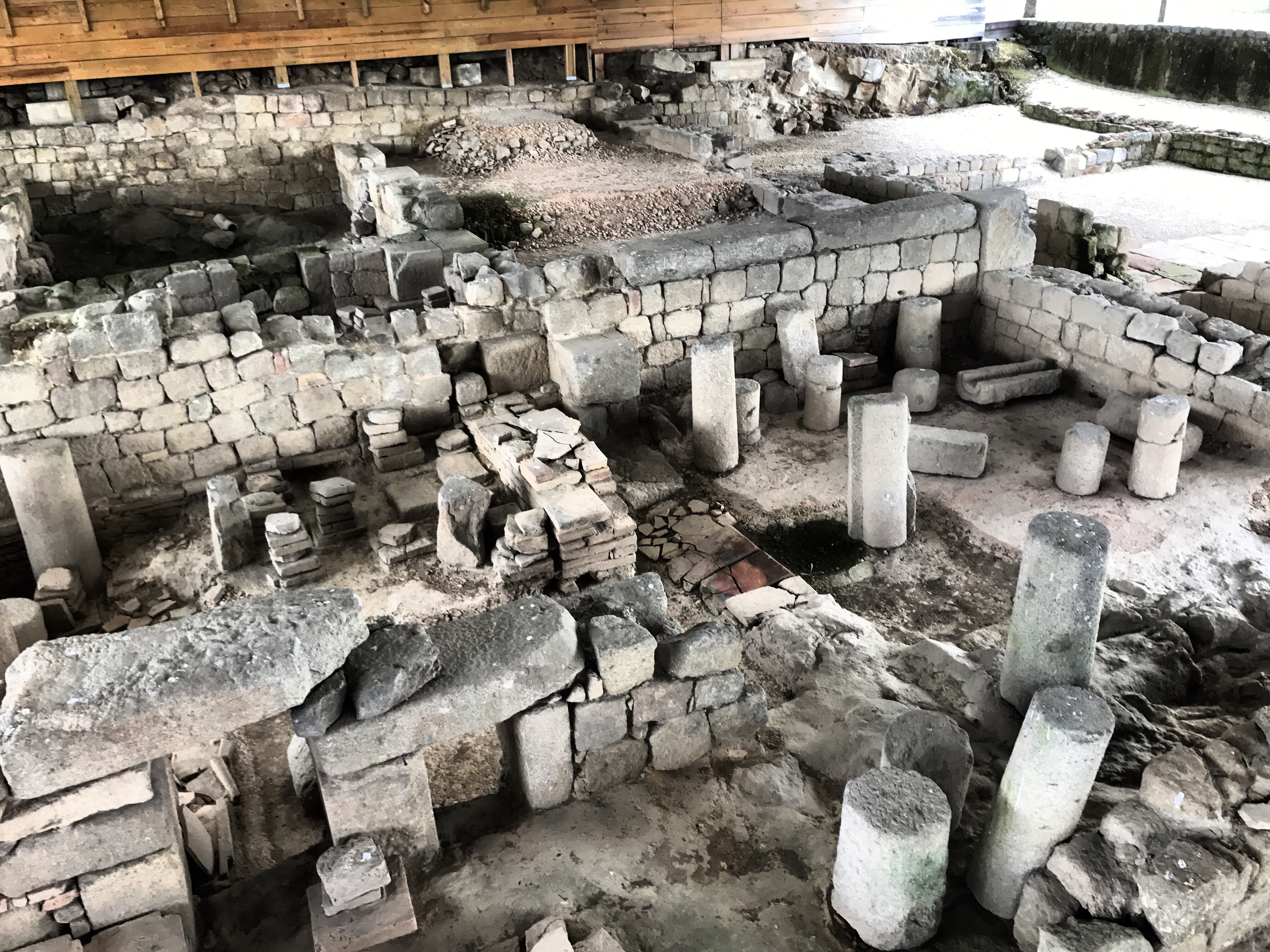 Our final stop was to visit Roman Thermae of Maximinus. These ruins were discovered in 1977 and have now been declared a national monument.

We struggled to find the ruins as there’s no directions to it and there’s little signage on the site. This probably explains why it wasn’t very busy on our visit. They even struggled to find change for our entry fee.

Once we finished watching a video reconstruction of the excavation we explored the ruins. It was set over a small covered area with some interpretation to explain the layout.

It was then back to the station to get our train back to Porto.

We really enjoyed our visit to Braga despite the poor weather. We would definitely recommend it if you are looking for a day trip from Porto.

My first ever Teppanyaki. An amazing experience an

The scenic Lobster Beach. Only accessible by boat.