By: ynysforgan_jack
In: Porto, Portugal, Travel
With: 0 Comments

More rain was forecast for Porto today. But we wouldn’t let a little bad weather ruin our day. 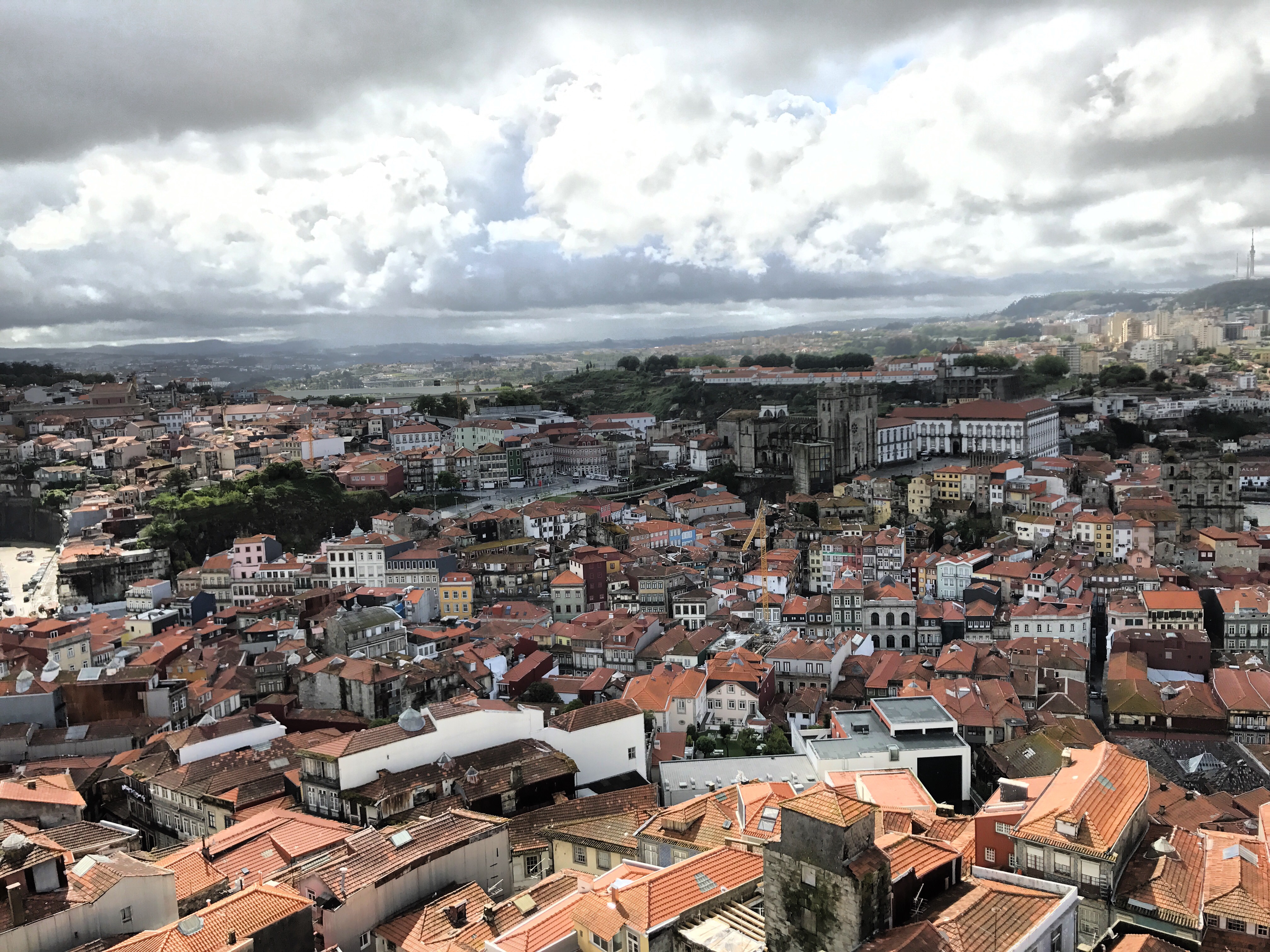 Our first port of call of the day was Torre dos Clérigos. This is a 76m high tower built in the 18th century.

After parting with the €4 entry fee we scaled the 225 steps to the top. It looked like there should’ve been a one way system in place, but everyone was ignoring it. This made it awkward at times to pass people.

The views of Porto at the top were amazing in all directions. Especially of the Ribeira district and river.

Once we avoided falling down the steps we paid a visit to the adjoining church. It had an oval shape nave where some violinists were practising their tunes. 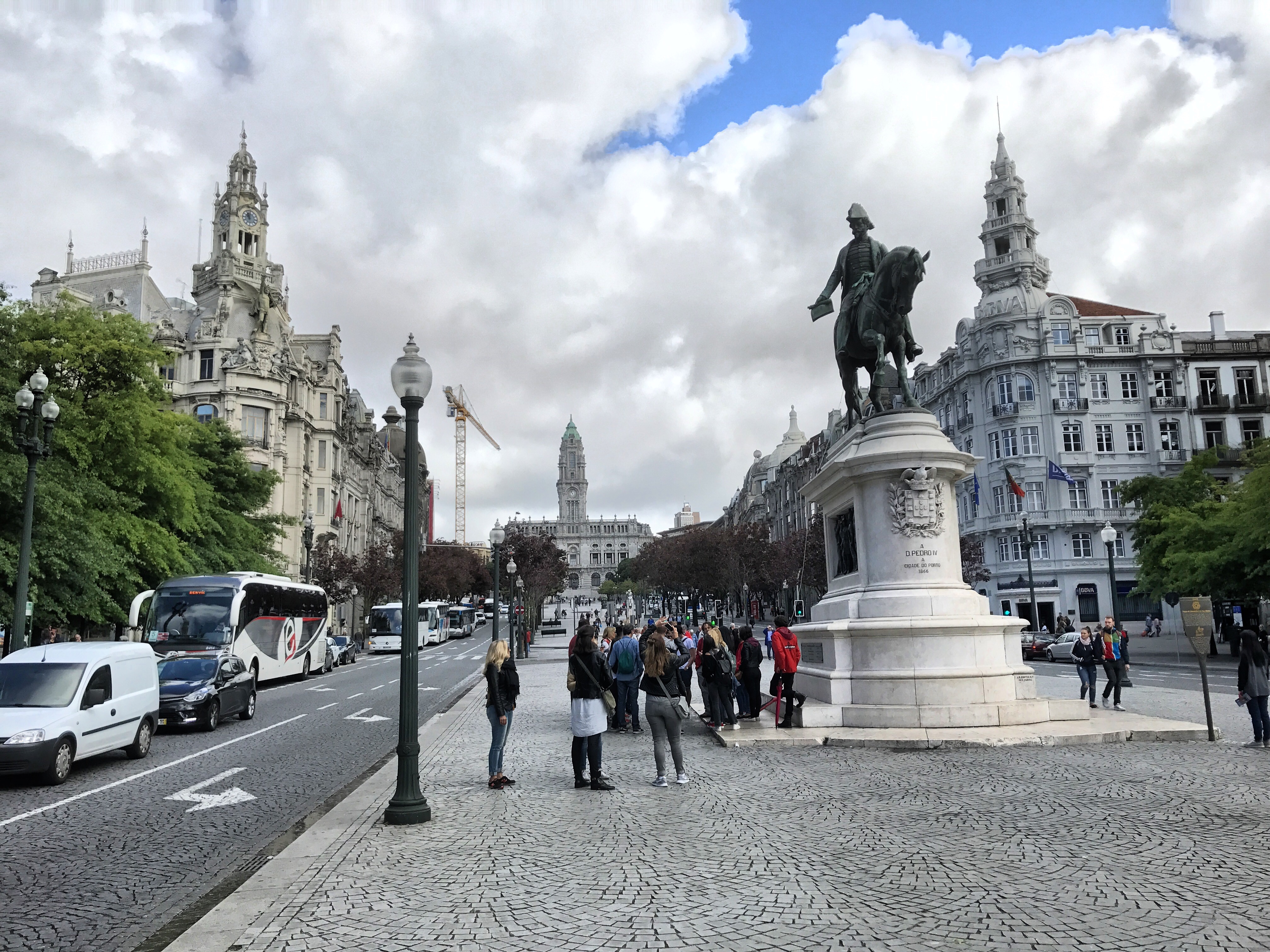 We then made the walk downhill to Praça da Liberdade. This long avenue is flanked by imposing buildings and the town hall.

In the centre is a statue to Pedro IV, the first ruler of the Brazilian Empire.

This avenue reminded me a little bit of Wenceslas Square in Prague, but much grander. 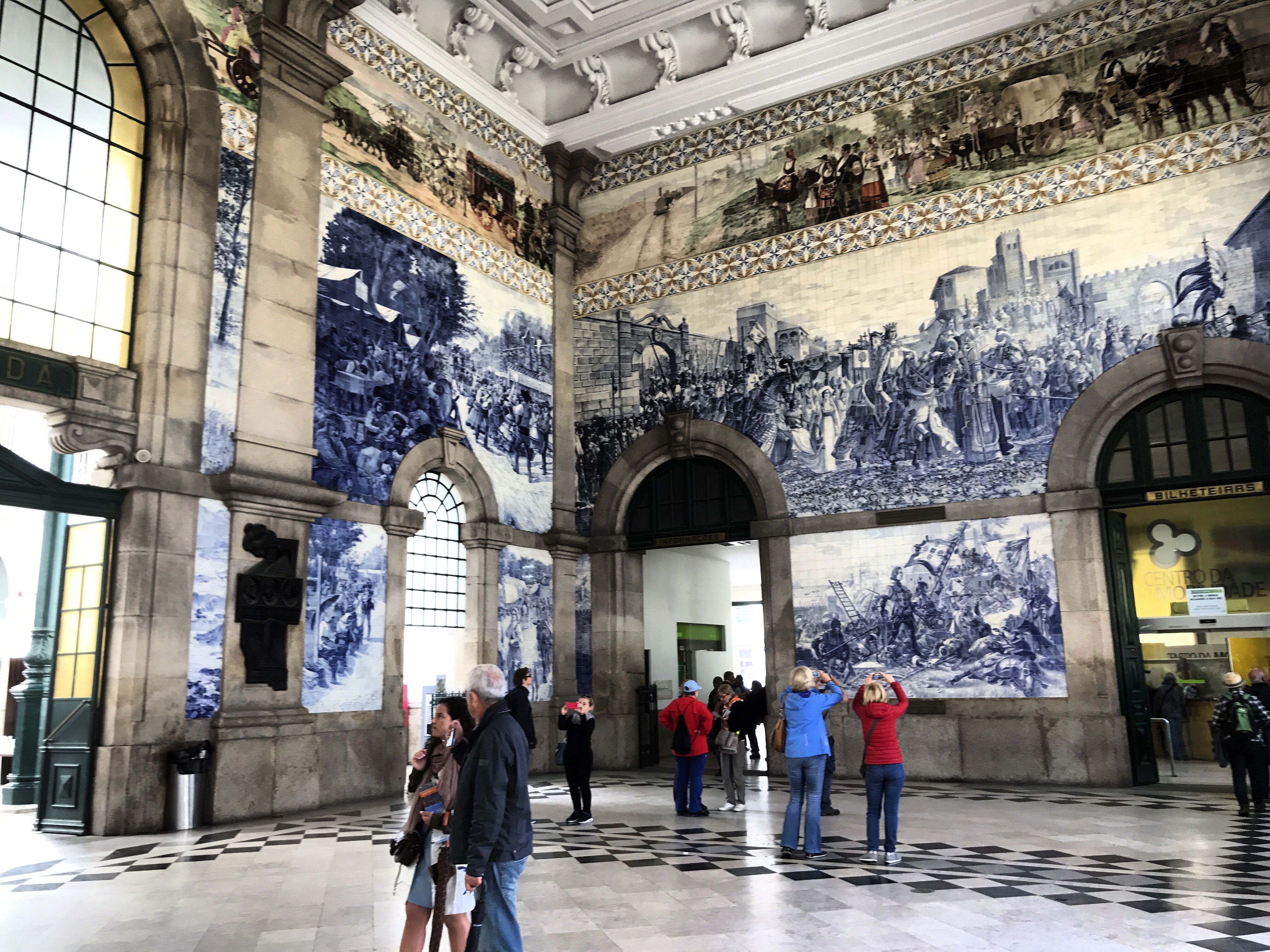 São Bento is probably the most impressive train station I’ve ever seen. In the main hall is a series of tiles depicting some of Portugal’s major historical events.

We noticed that the train station was attracting mainly tourists for this very reason. Very little passengers were heading for the trains. 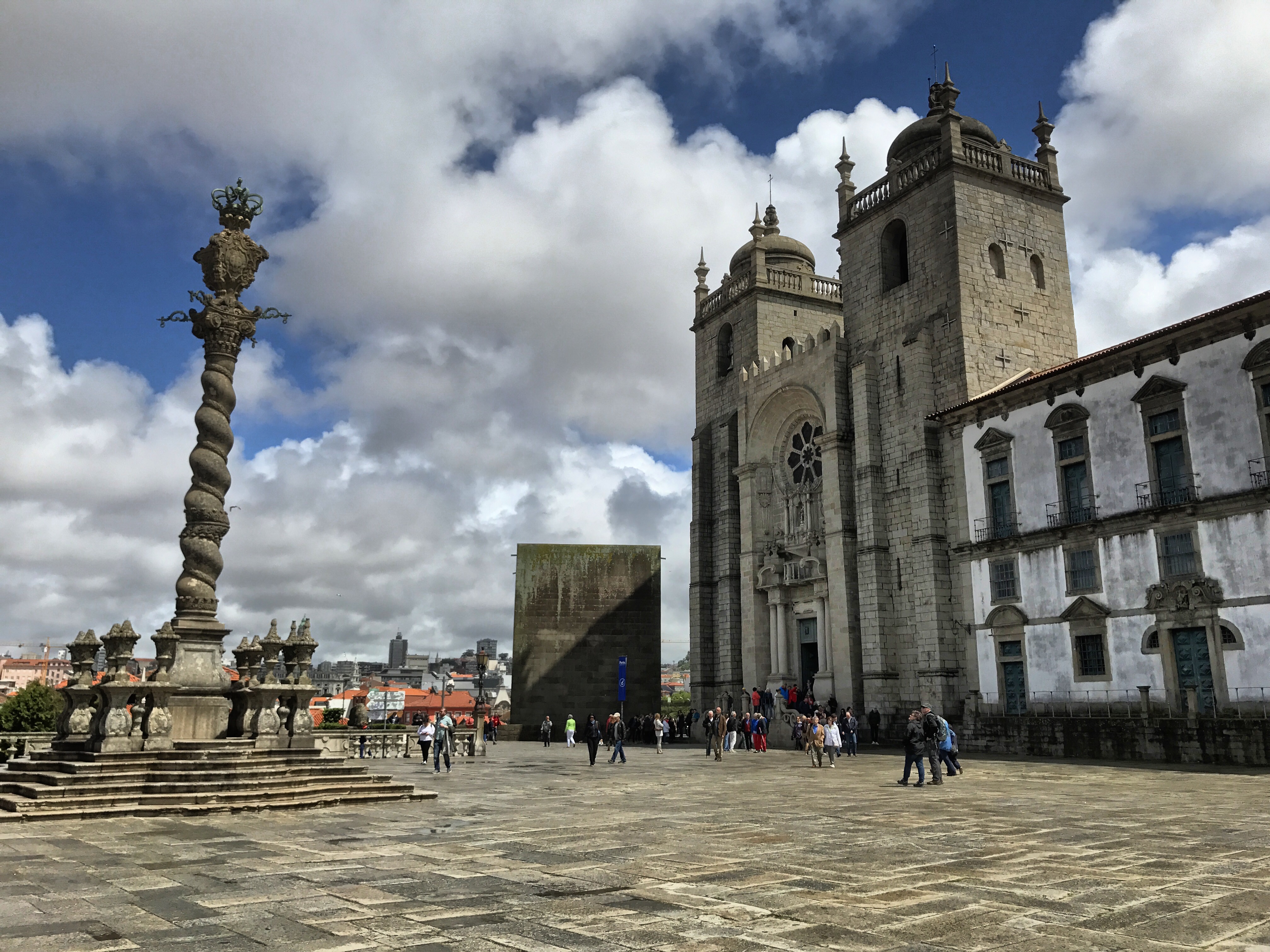 Porto Cathedral can be seen from all over the city. It was constructed on one of Porto’s hillsides and Sé terrace also gives also great views over the city. Although to be fair it seems that most places in Porto enjoy a fine view.

From here we could see the Torre dos Clérigos that we climbed earlier in the day. 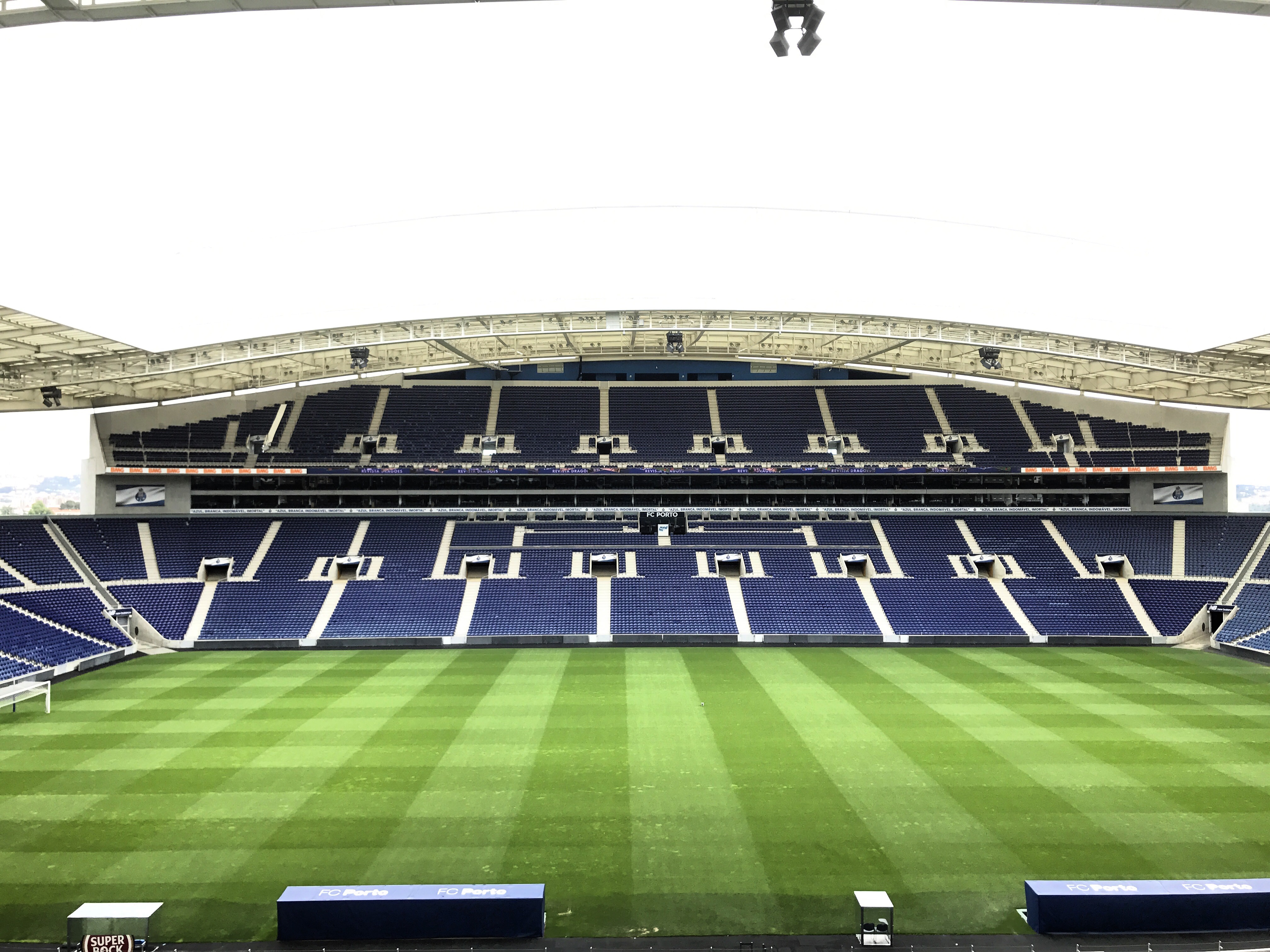 It was then onto the metro to go and see Estádio do Dragão, home of FC Porto.

We arrived just in time for the 1pm tour and we first saw the interior of this 50,434 capacity stadium. It was then onto the presidential box, media room, changing rooms and dugouts.

The home changing room is only open to players, coaching staff and the president. All other club employees and the public are not permitted to enter. This has been the case since the 1970s due to a club superstition.

Our tour lasted just over an hour and led to the club’s museum. 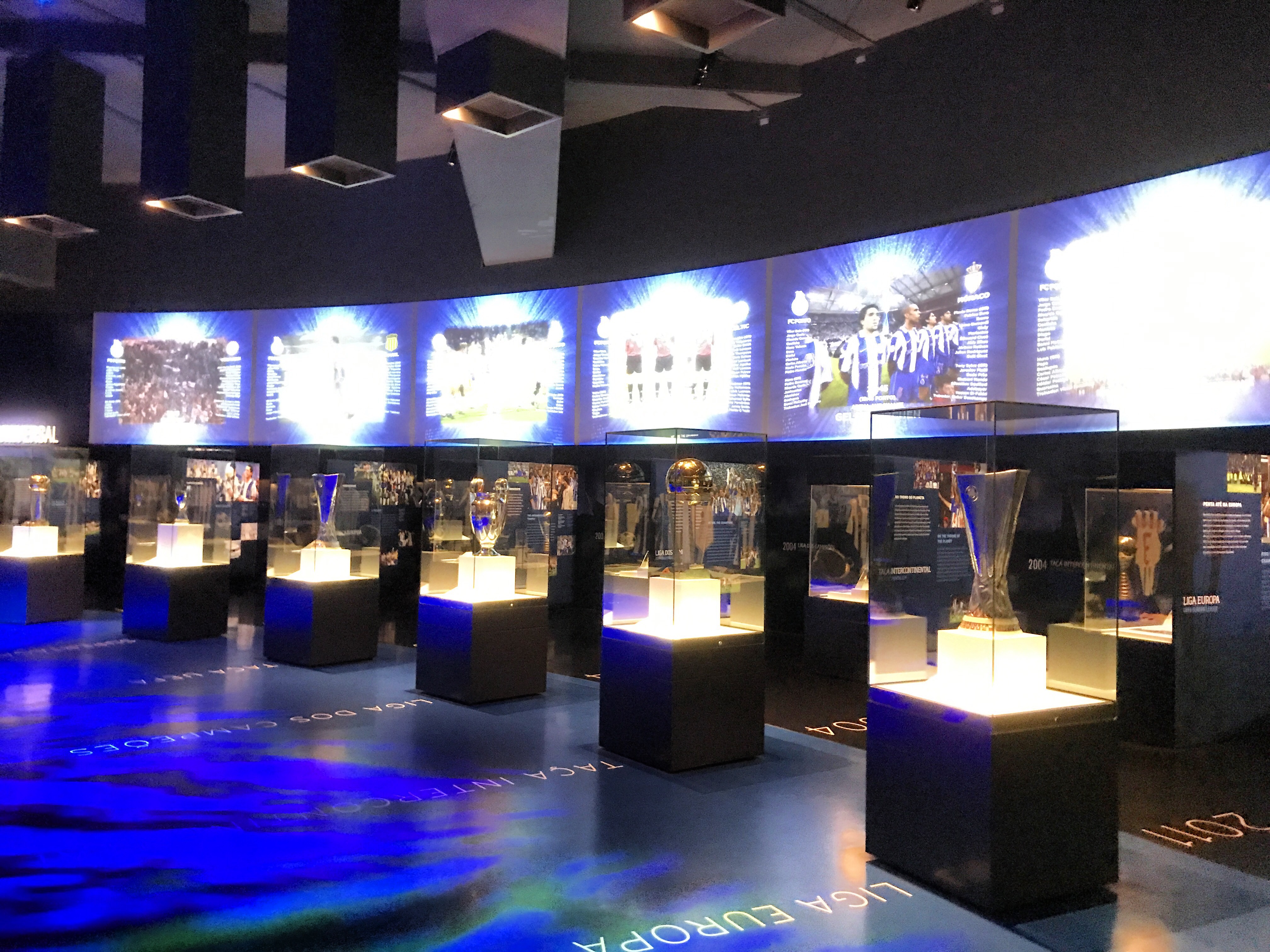 FC Porto’s museum was the best football museum we’ve seen. And we’ve seen a lot of them including museums at both Real Madrid and FC Barcelona.

Most of the displays are interactive and tell the stories of FC Porto’s triumphs and its links to the city. The club’s trophy cabinet is obviously full of domestic and continental silverware. The 2003/04 Champions League trophy takes pride of place. 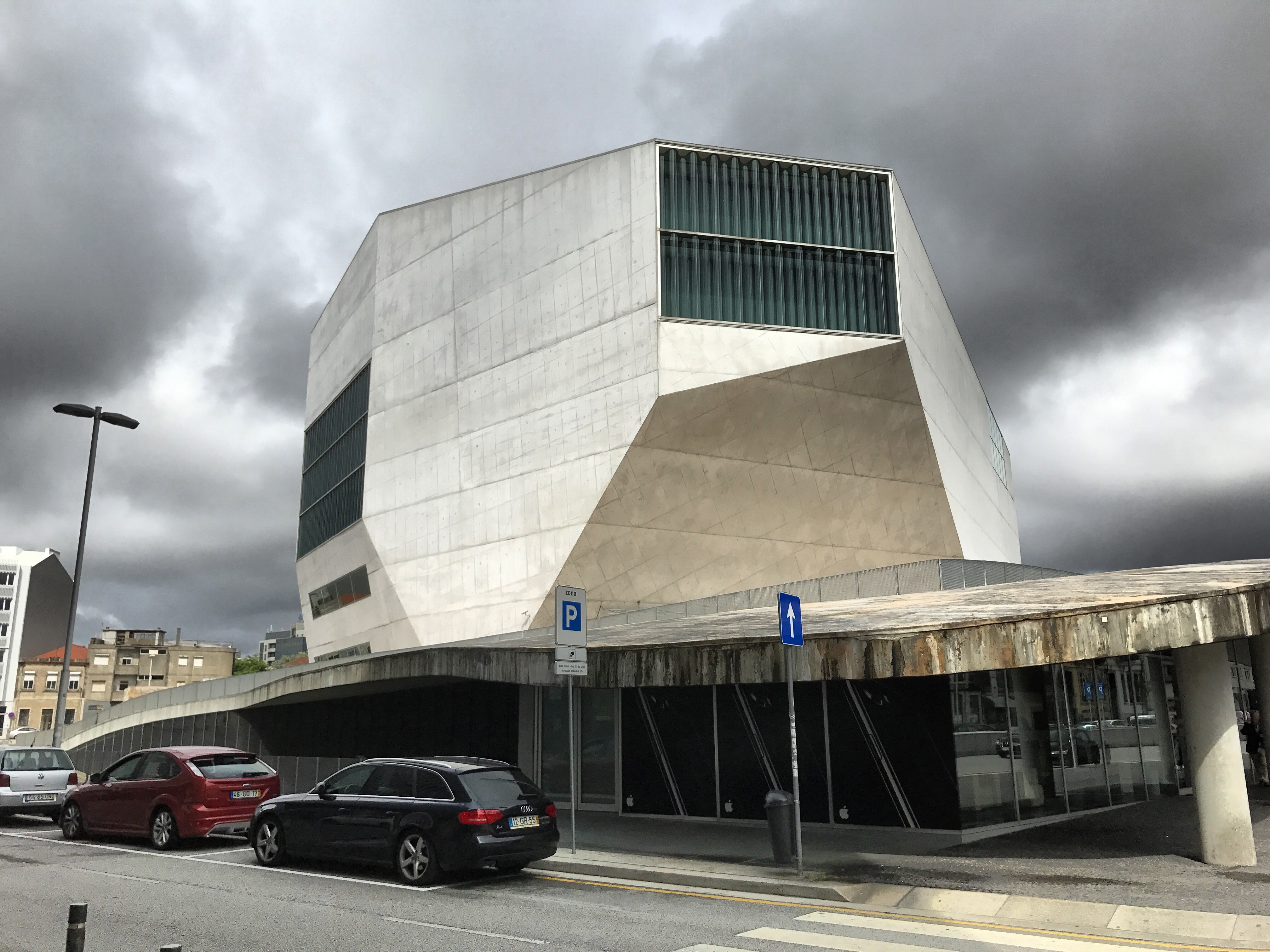 There were a few things for us to see in our hotel’s neighbourhood of Boavista too. First of all Rotunda da Boavista, a monument that honours Joaquim Augusto Mouzinho de Albuquerque. He was a Portuguese soldier that fought in Africa during the 19th century.

On this roundabout is Casa da Musica, the home of Porto’s National Orchestra. This building is of a very unique design and is renowned for its acoustics.

Boavista avenue leads from here down to the sea. It’s full of cafes, restaurants and shops. 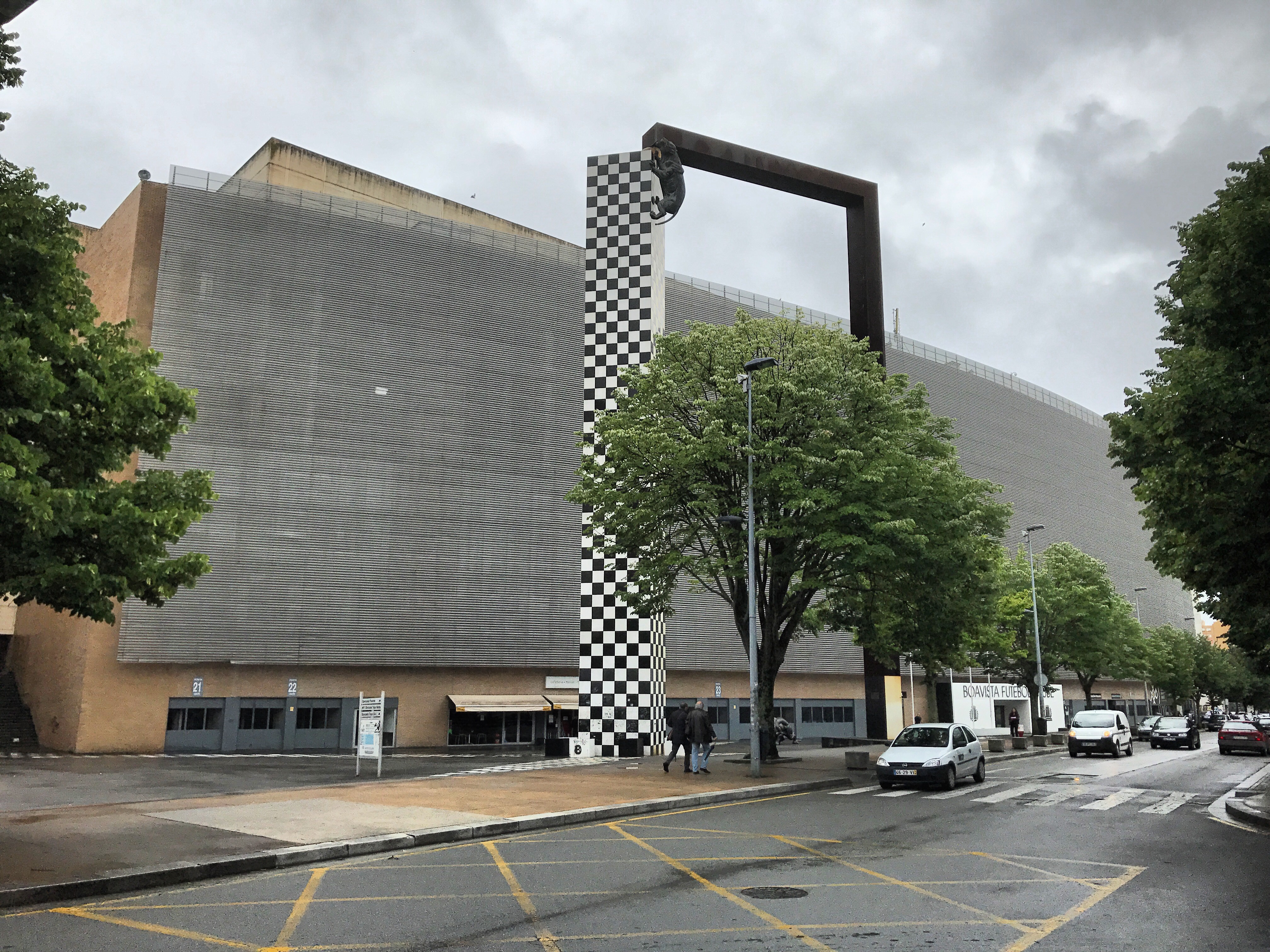 It’s only fair that we saw the other football club in Porto right? Just off Boavista’s avenue is Estádio do Bessa. This is the home stadium of Boavista FC.

Boavista FC are one of the oldest clubs in Portugal and they also play in the Primeira Liga. They are one of only two clubs apart from Portugal’s ‘big three’ to win the Portuguese title. The ‘big three’ clubs obviously refer to Benfica, FC Porto and Sporting CP. 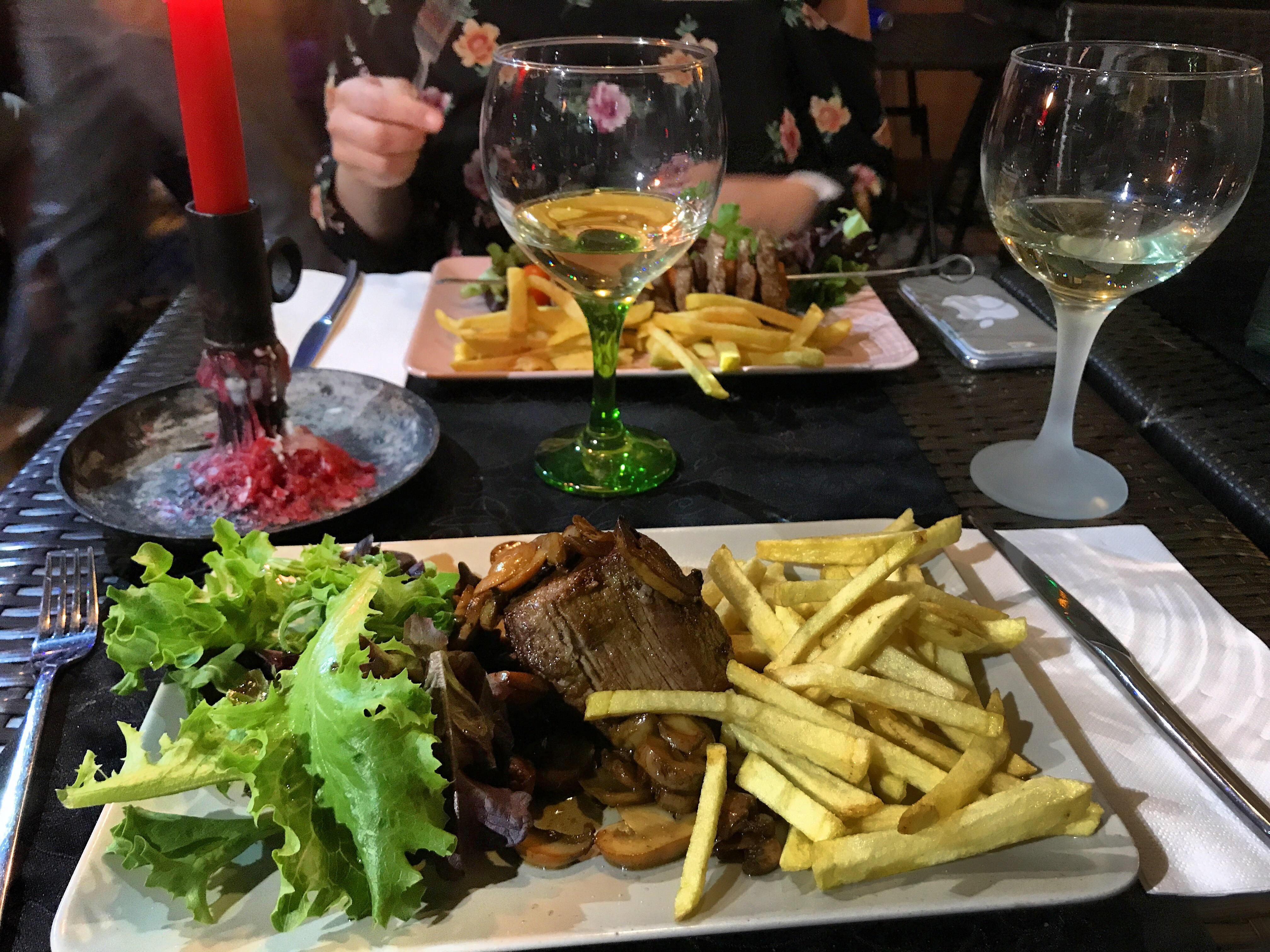 We chose Franganito Steak House in Boavista for our evening meal. It was a delicious choice. My steak with mushrooms and the wife’s filet mignon were both delicious.

Even with a bottle of wine and starters our bill came to €50. It ended our day in Porto nicely.

2017-05-12
Previous Post: A day trip to Braga to see the cathedral, city centre and Roman ruins
Next Post: Jardins do Palácio de Cristal, Douro River cruise and a walk around Porto