Taking a day trip to Mostar from Dubrovnik

By: ynysforgan_jack
In: Bosnia and Herzegovina, Travel
With: 0 Comments

When you spend time in Dubrovnik you will notice many companies offering a variety of day-trips. One of the most popular on offer is to the city of Mostar in Bosnia and Herzegovina.

We wanted to take a day trip while we were in Dubrovnik, so we decided to go to Mostar.

It had long been ambition of mine to visit Mostar. Mainly because as a Swansea City fan, I used to enjoy talking to former Swansea City player Džemal Hadžiabdić after Swans games. He hailed from the city of Mostar.

Džemal Hadžiabdić had already retired by the time I used to speak to him at the Vetch Field. He was and no doubt still is, a fascinating character. At one point he even organised a benefit match in Swansea to help Mostar during the Croat-Bosniak war.

After this I always wondered what the city of Mostar was like. I’ve seen the city on travel programs many times over the years and added it to my bucket list.

With a trip to Mostar decided upon we asked the owners of the apartment we were staying in to recommend a tour company. They recommended a firm called Adriatic Explore who we duly booked with.

The journey from Dubrovnik 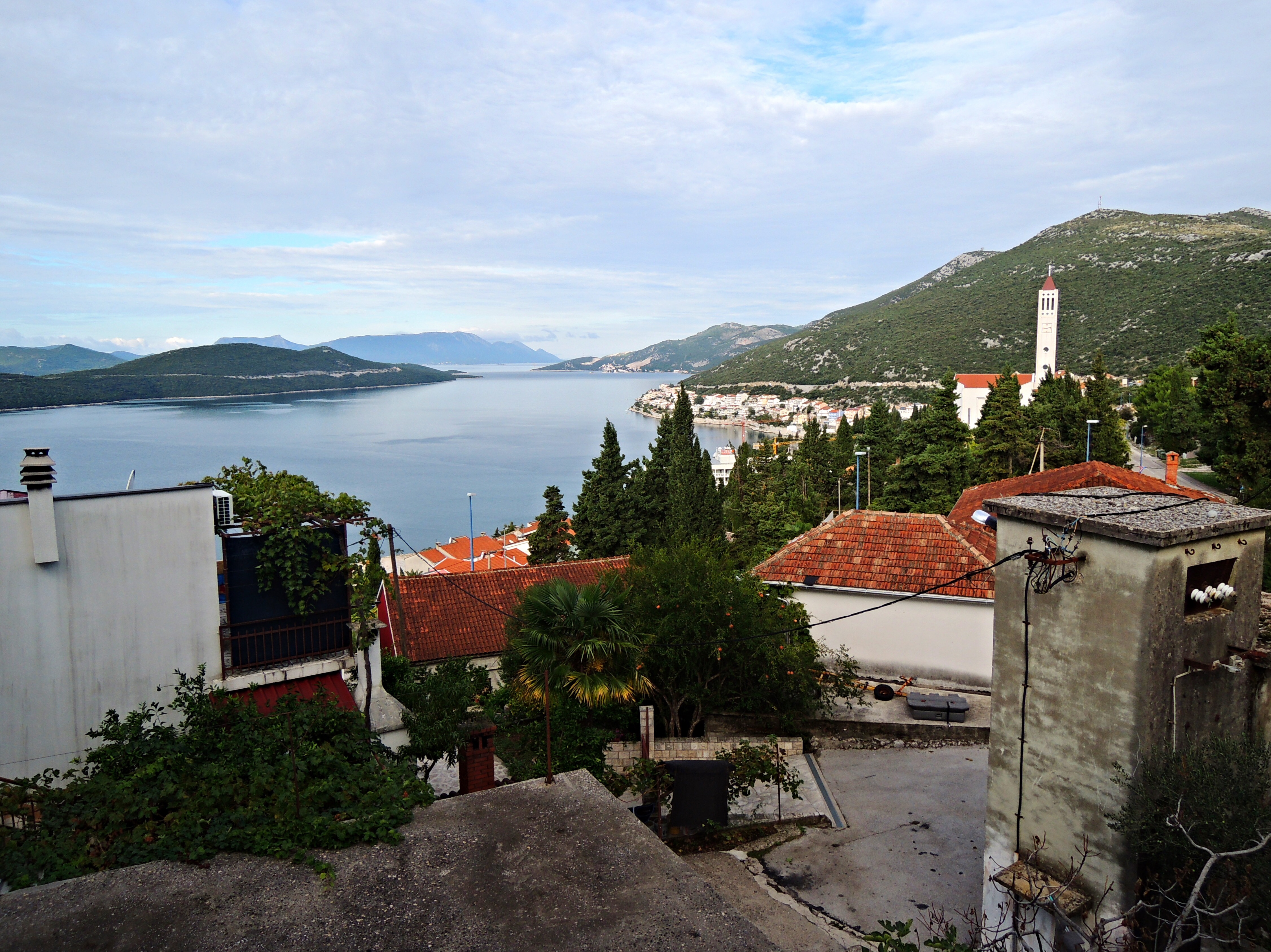 A car picked us up from our apartment early in the morning and took us to a central point in Dubrovnik. From there we boarded a comfortable bus to make the journey north.

The tour guide spoke perfect English and told us all about the scenery and landmarks en-route. The most interesting was a landmark known as the Walls of Ston. These are a series of stone walls more than 7k in length. They are nicknamed the Great Wall of Croatia.

It was then time for our first border crossing of the day. This was in order to get through a small part of Bosnia and Herzegovina territory located on the coast. There is a small town here called Neum.

Neum was the scene of what was described as a ‘comfort stop’. Judging by the amount of buses and cars here it looked like the primary stop for all trips north of Dubrovnik.

After a quick coffee we admired a pretty decent view of the coastline from outside the cafe.

Leaving Neum we continued on our journey and another border crossing back into Croatia. We were informed by the tour guide that the Croatian Government are working on a bridge to save people from making two border crossings on this road that links the city of Split to Dubrovnik.

After another short journey through Croatian territory we made yet another crossing into Bosnia and Herzegovina. This crossing took a bit longer than the first at Neum. But after all our documents were checked we once again set off on our merry way. 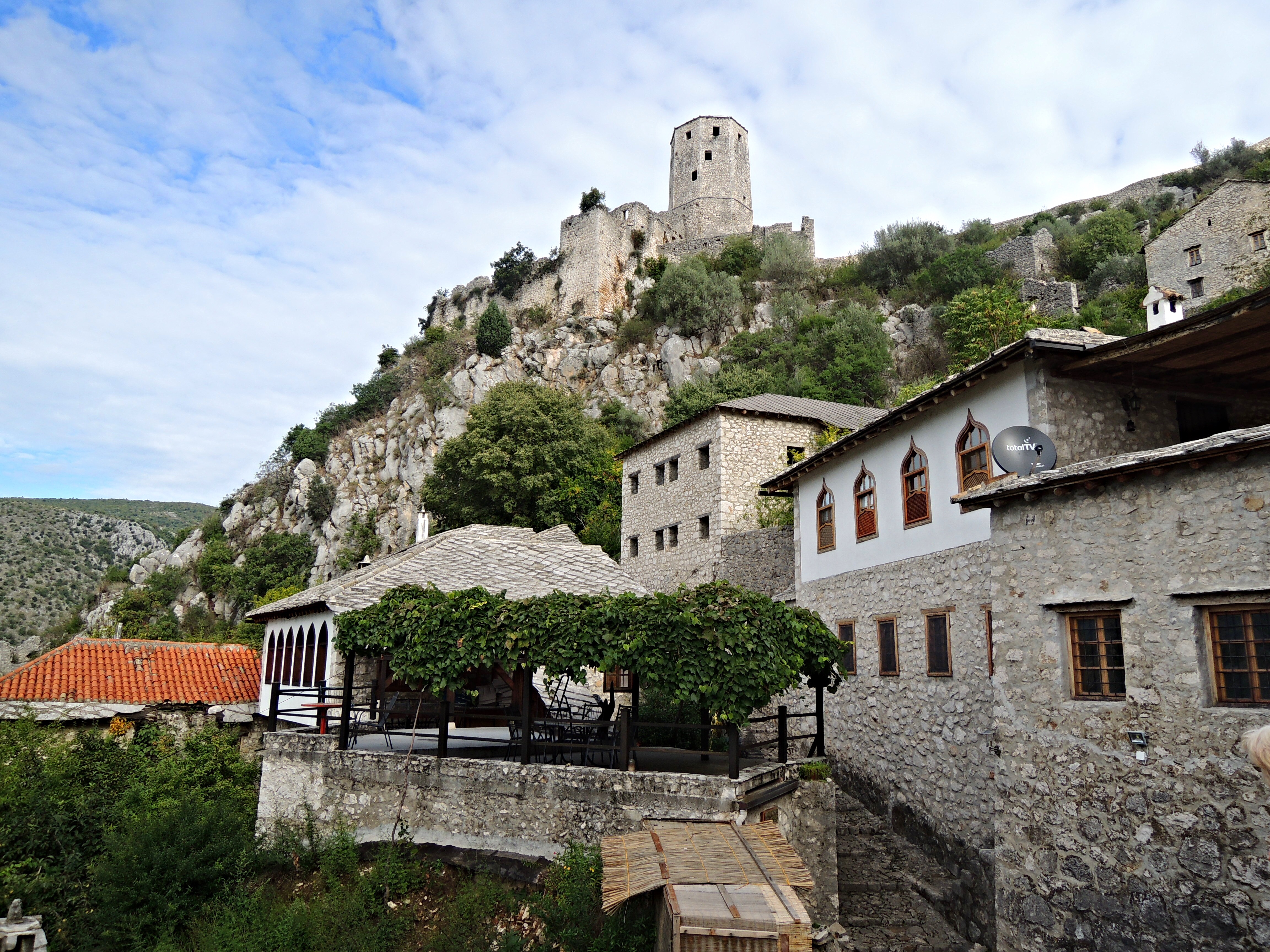 Our next stop of the trip was the village of Pocitelj. We had about 30 minutes to explore this village. There were quite a few things to see on its cobbled, narrow streets.

We managed to see the mosque and even walked to higher ground to get a better view of the village. It also gave us the chance to browse some of the wares on offer from street traders.

After getting some photos of the imposing Citadel Počitelj which overlooks the village, we set off for Mostar.

A tour of Mostar

With the bus parked we were taken on a small guided tour of Mostar. Our first stop was Mostar’s Old Town with its small shops, cafes and narrow streets. We then walked across Stari Most to the other side of the river.

Stari Most is a UNESCO World Heritage Site and was built in the 16th Century. In one of the infamous moments of the Croat-Bosniak war, it was destroyed in 1993. It was rebuilt in 2004 and it is now Mostar’s most iconic tourist attraction.

There’s more to see on the other side of the bridge including some more shops, museums and the Koskin-Mehmed Pasha’s Mosque.

After visiting the mosque we were given some free time to explore Mostar. So after consuming a local delicacy of Cevapi and a beer in a local cafe we walked down to the riverbank to get better views of the Stari Most.

While on the riverbank we had the opportunity to witness some local divers daring to jump off the 29 metre bridge and into the water below.

Time was now ticking on so we had one last look around Mostar to see what else the city had to offer. We found Kriva Cuprija, a smaller version of the Stari Most. This bridge was previously destroyed by floods but was also rebuilt.

Journey back to Dubrovnik 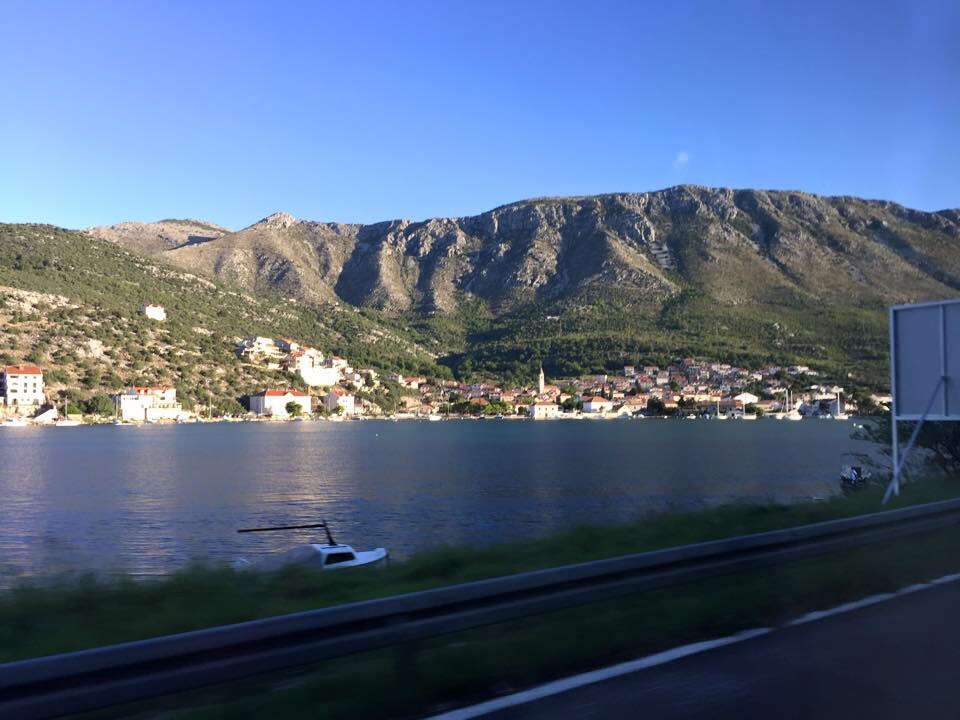 The journey back to Dubrovnik, similar to the morning’s trip, involved amazing scenery, multiple border crossings and another stop in Neum.

Although in Neum I picked up a few Bosnia and Herzegovina beers for later consumption. Purely for research purposes of course!

We thoroughly enjoyed our day trip to Mostar from Dubrovnik. The tour guide was informative, the bus comfy and it satisfied the long term ambition of mine to visit Mostar.

If I see Džemal Hadžiabdić again at any point in Swansea, I can tell him about my trip to his hometown. Although I doubt he’d recognise me these days, since I’ve grown about 2ft and aged another 25 years.

2017-08-05
Previous Post: Getting the most out of a 4 day city break in Barcelona
Next Post: 12 things to see in Krakow during the build-up to Christmas