A day trip to Segovia from Madrid

The fifth day of our trip to Madrid would see us set off for Segovia, a city located in the region of Castilla de Leon.

We must have timed the journey to Charmartin Station at the same as every Madrid citizen. The metro was heaving as the populace crammed into the carriages like baked beans in a Heinz can.

Our Renfe train departed from Madrid and the travel time to Segovia took only 28 minutes.

Segovia Guiomar Station looks like it’s situated in the middle of nowhere so we took the number 11 bus into the centre of town. The bus ride took about 10 minutes. 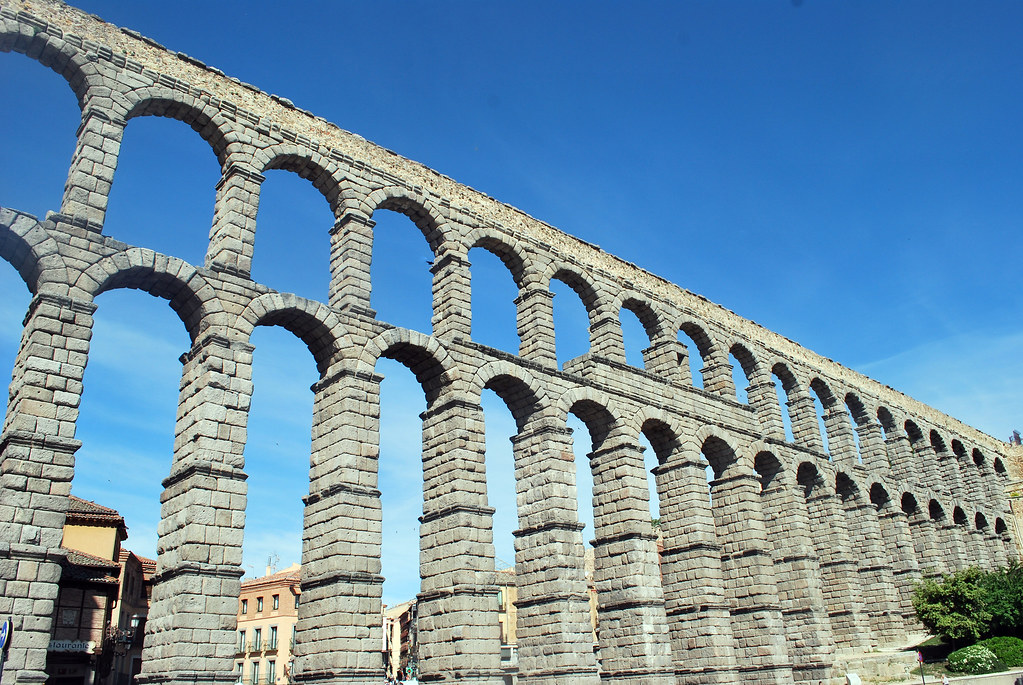 The first site of consequence was Segovia’s aqueduct or El Aqueducto.

This aqueduct is nearly 900 metres long and was assembled by the Romans in the 1st century.

A fascinating legend proclaims that a girl offered to sell her soul to the devil in exchange for the building of the aqueduct by dawn, so she didn’t have to collect water any more.

But the devil failed to complete his task on time as the sun rose early, so the soul of the girl remained her property.

We then followed the steep Calle de Cerventes until we reached Iglesia de San Martin. 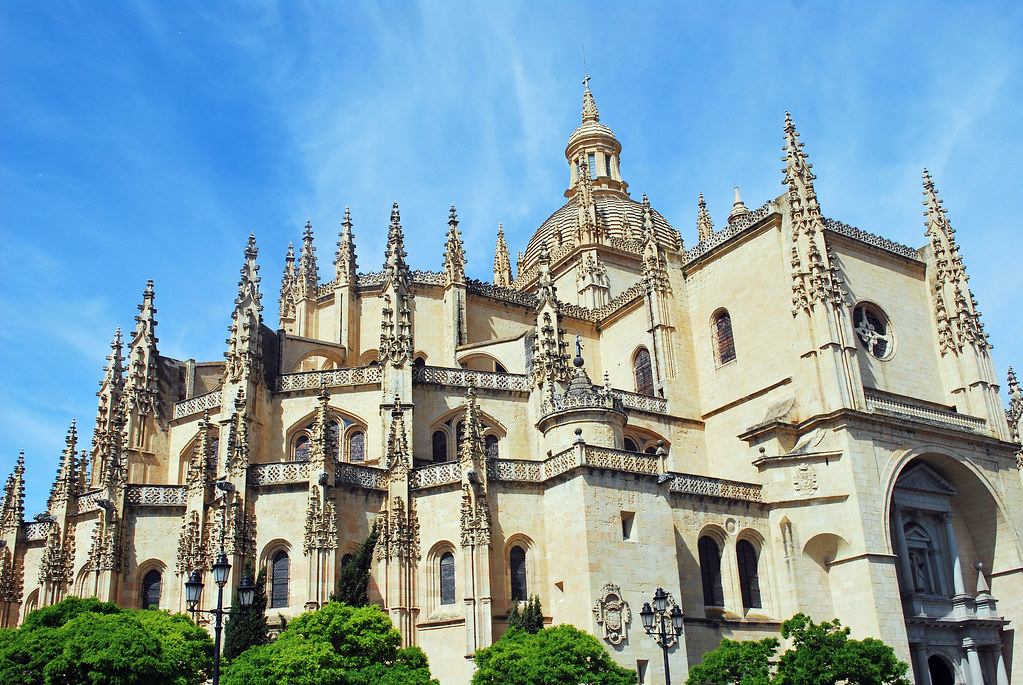 Segovia’s main square is called Plaza Mayor and is home to a number of restaurants, a theatre, pavilion and Segovia Cathedral.

We paid €3 each to enter the cathedral. It was constructed in the 16th century after the original was burnt to the ground during a war. There are a multitude of small chapels inside the cathedral each with an unique alter.

Just off the central atrium of the Cathedral are more rooms which display religious artworks upon their walls. 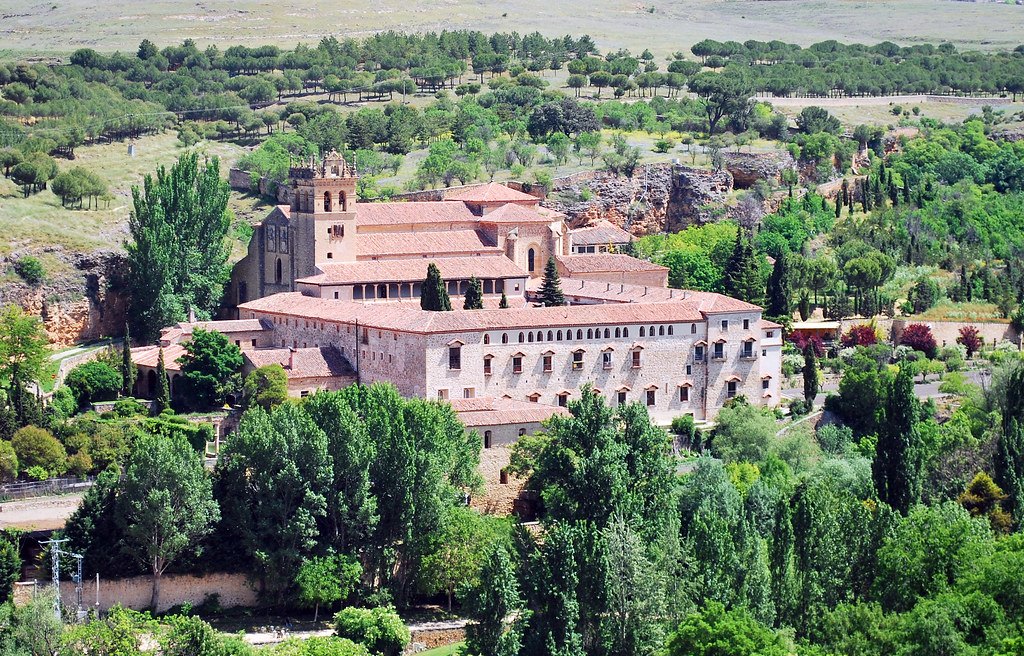 From the Cathedral we strolled past San Andres Church until arriving in Plaza De la Reina. This square has great views of the surrounding area including Santa Maria del Parral Monastery, the mint and several churches. 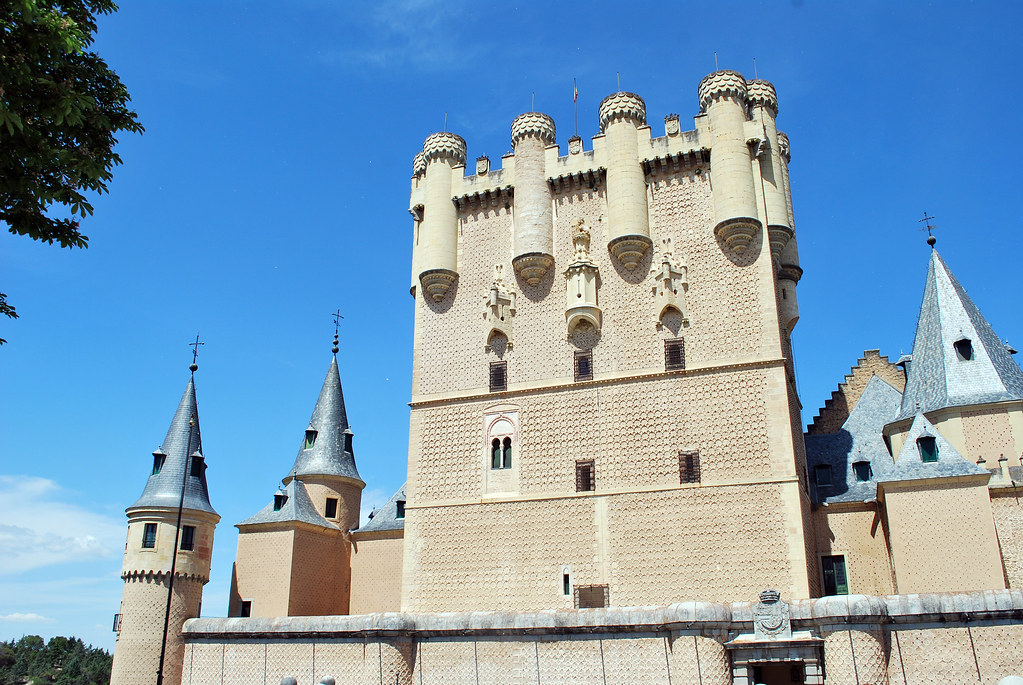 The plaza also sits directly in front of Segovia’s Alcazar. The repunzel towers, high walls and it’s hilltop location make it look like something out of a fairy tale. This is evident as the Alcazar is the inspiration behind Walt Disney’s Sleeping Beauty castle.

The original alcazar burnt down in the 19th century but was rebuilt in its old image.

The views of the surrounding landscape from the alcazar walls are incredible and are well worth the €4.50 entry fee. 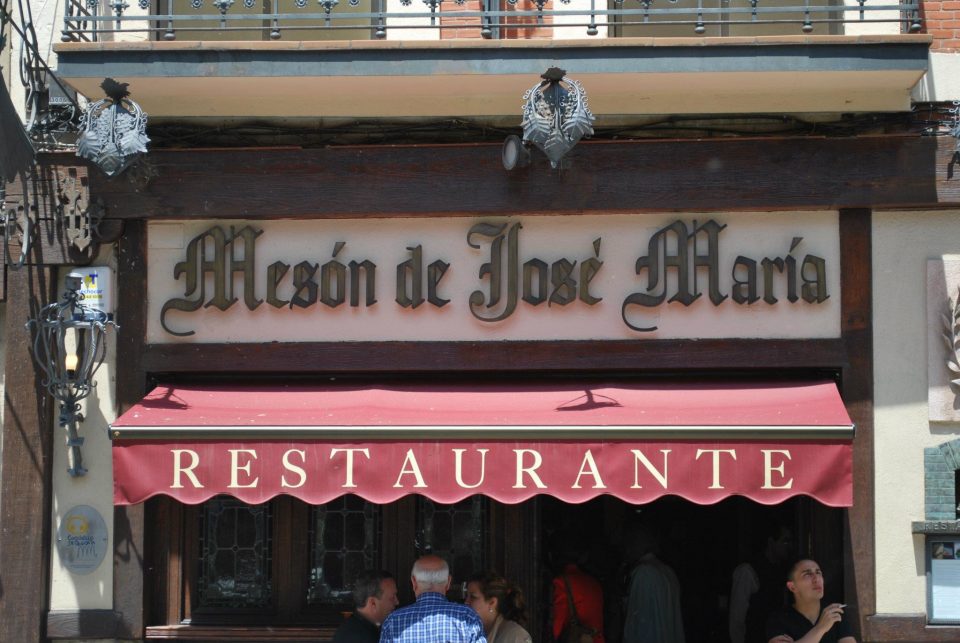 Walking away from the alcazar we walked through some of Segovia’s picturesque back streets. This led us to Plaza de San Esteban with a church complete with a sandstone tower overlooking it.

At this point we needed to refuel our stomachs so we headed to a restaurant called Meson Jose Maria. Here we had a chance to sample one of the foods that Segovia is famous for – suckling pig, or as it’s known locally ‘cochinillo’.

The pig was served on its own plate with a side dish of tuna salad. It was the first time I’ve tried pork in this form and I have to say it was delicious.

At one point during our meal a chef brought out a whole suckling pig before dividing it into four portions using a plate before serving it to other diners.

Exploring the rest of Segovia 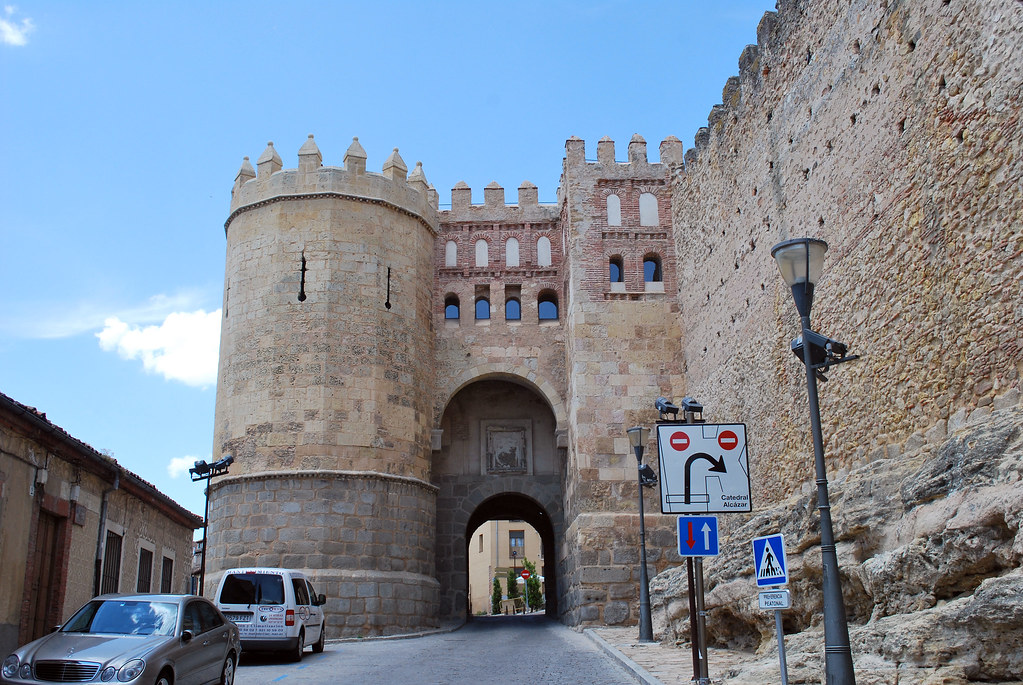 After the pig entered our digestive systems we took a walk around Segovia’s Jewish quarter.

This led us to the city walls, but despite some significant hunting we couldn’t seem to discover how we could climb them. The only access point we found was locked.

On one part of the city walls is the San Andres Gate. The gate was very impressive but I was surprised that cars are allowed to travel through it.

The pig being digested in my gut combined with walking around in the heat had caused a major thirst to develop, so we headed back to Plaza Mayor to buy a beer.

Despite the beer costing €4 for only a bottle it did quench my thirst. To be fair we were given a small complimentary portion of Spanish omelette to accompany it.

With the day drawing to a close we strode back down the hill and made a quick stop outside Casa de Los Picos. This is a house with hundreds of small pyramids decorating its front walls.

There seemed to be a lot of people entering here, so I joined the queue to get inside. As I stepped through the threshold, a guy on the door tapped me on the shoulder and pointed at a sign I couldn’t understand, and then pointed to the exit.

One last view of Segovia 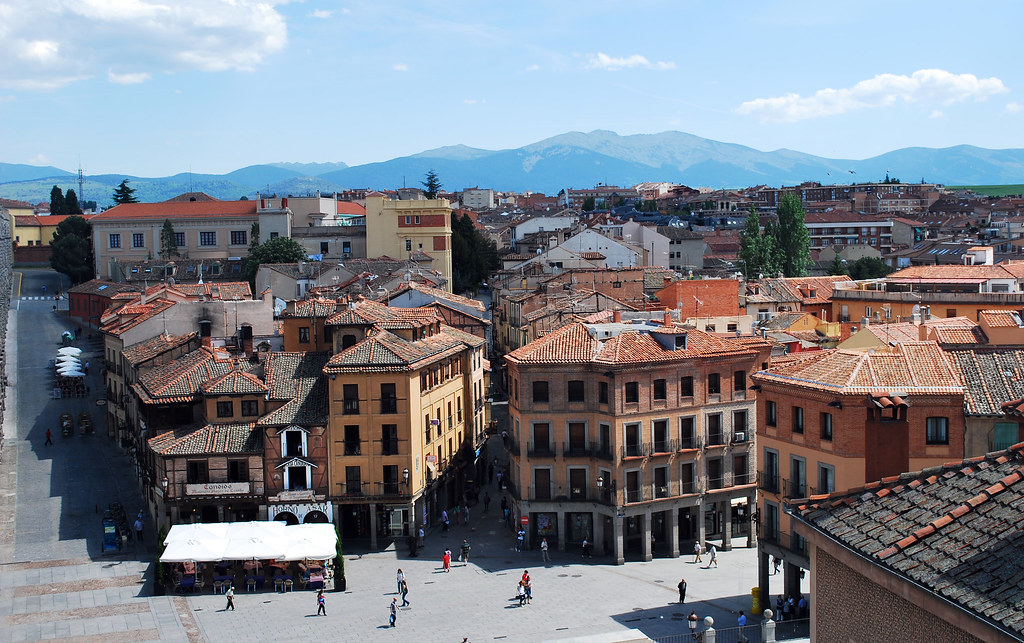 We had some time before we had to head back to the station so we climbed the steps between the aqueduct and the tourist office for a great view point.

We had previously read on the Trip Advisor travel forums that the bus back to Segovia Guiomar station would only leave the city when it was full, so we allowed some extra time for the return journey.

Lucky we did this as the bus waited 25 minutes until it was full and then left for the station.

We had some time for a quick Estrella beer at the station before boarding the train back to Madrid.

Segovia was a pleasant historical city with lots of captivating attractions. Like Toledo it has Unesco World heritage status but it is not as touristy.

The aqueduct is its main feature but with other points of interest like the cathedral and alcazar it should be on anyone’s itinerary when they visit Madrid.