After a nice lie-in, we decided to have a bit more of a relaxed day in Madrid after a few frantic days.

Once we consumed our breakfast at the hotel we set off to the north of Madrid. 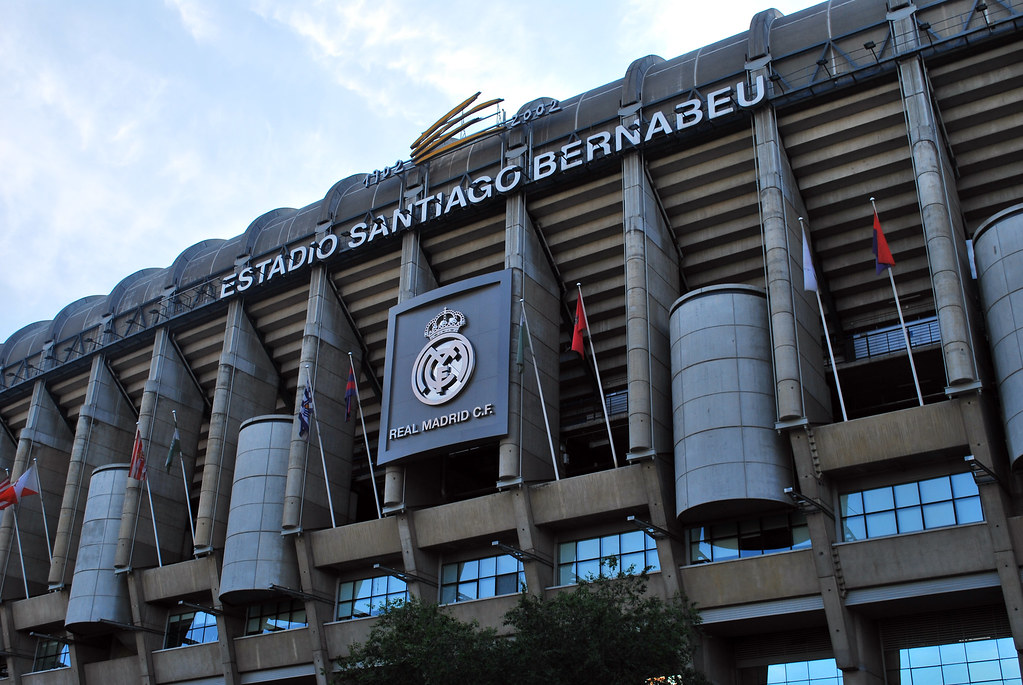 The purpose of our trip was to visit one of the world’s most famous football stadiums. The Estadio Santiago Bernabeu, home of Real Madrid.

The Bernabeu looks massive from the outside, but this isn’t surprising since it seats around 80,000 fans.

After walking around the stadium we headed to one of the many ticket offices to purchase a ticket for our self-guided tour.

The queue was huge and we wasted 30 minutes before finally obtaining a ticket.

We then climbed the stairs of Tower C to the top tier of the ground. This had a good view of the pitch and stands. 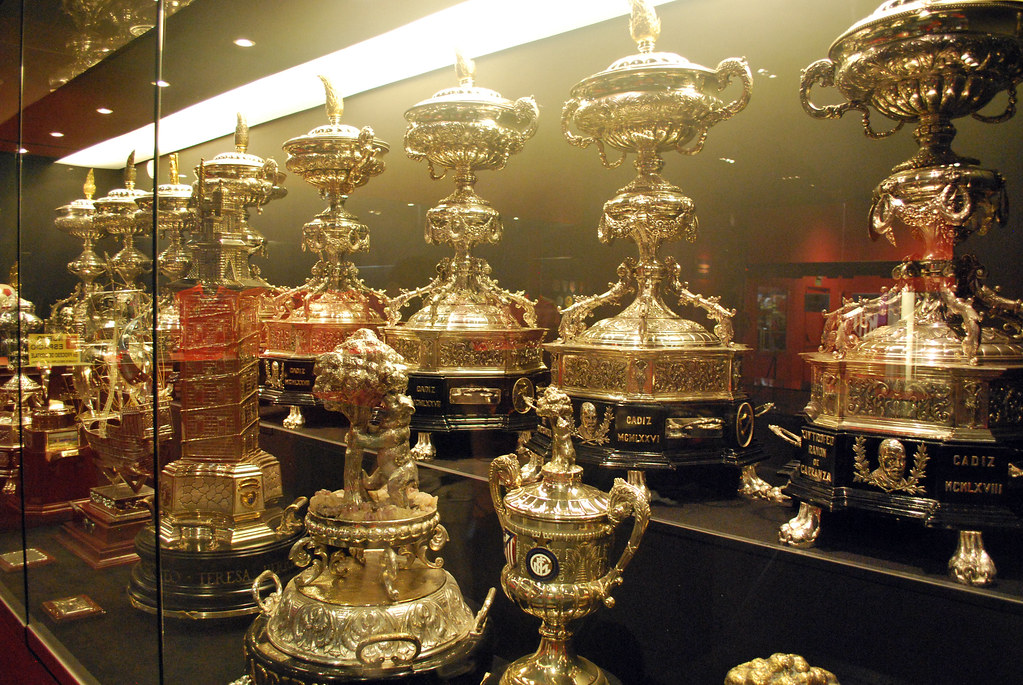 After taking a few photos it was off to the trophy room to see the vast collection of trophies that Real Madrid have accumulated during their existence.

This was combined with their museum. Complete with a hall of fame featuring some of Real Madrid’s greatest players. This selection must have been flawed however. Among the superstars was Swansea City flop Jordi Lopez. 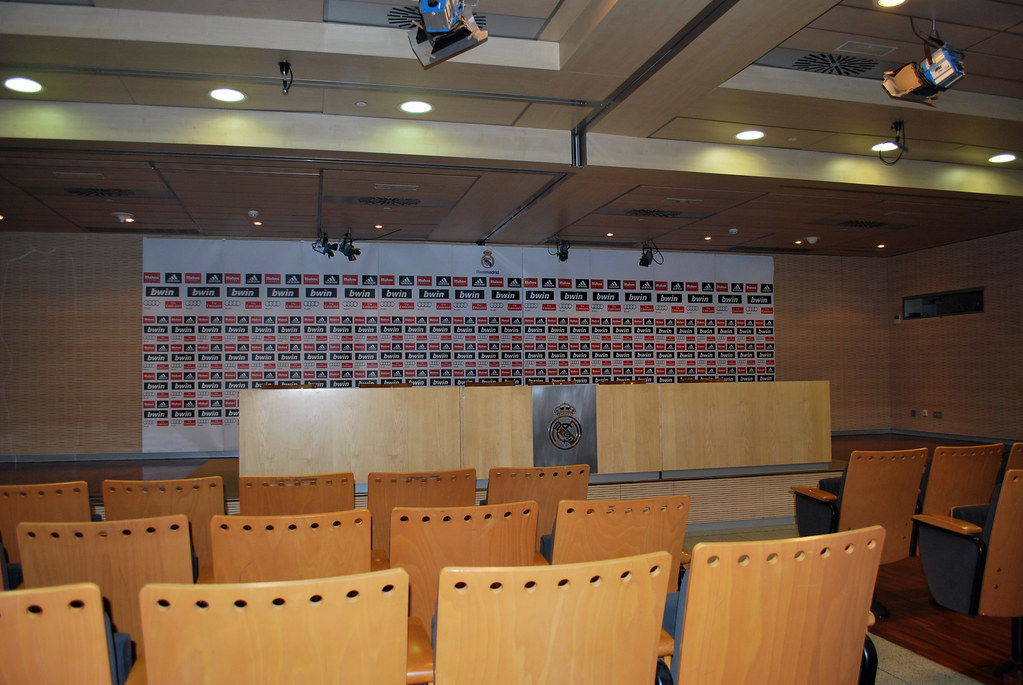 From here we headed down to the dugouts to take in the view that the management team and the substitutes see on match days.

The tunnel then led us down to the away dressing rooms. It was quite humbling to think about the quality of football players who would have entered here.

The press room was surprisingly close to the changing rooms. This resembled more a lecture theatre in a university due to its size.

After refusing to buy anything in the club shop we headed to the Real Cafe for a €5 pint with its pitch side views.

I did enjoy the tour around the ground, but the only annoying aspect was that it was seemingly compulsory for you to pose for some green screen photos along the way. 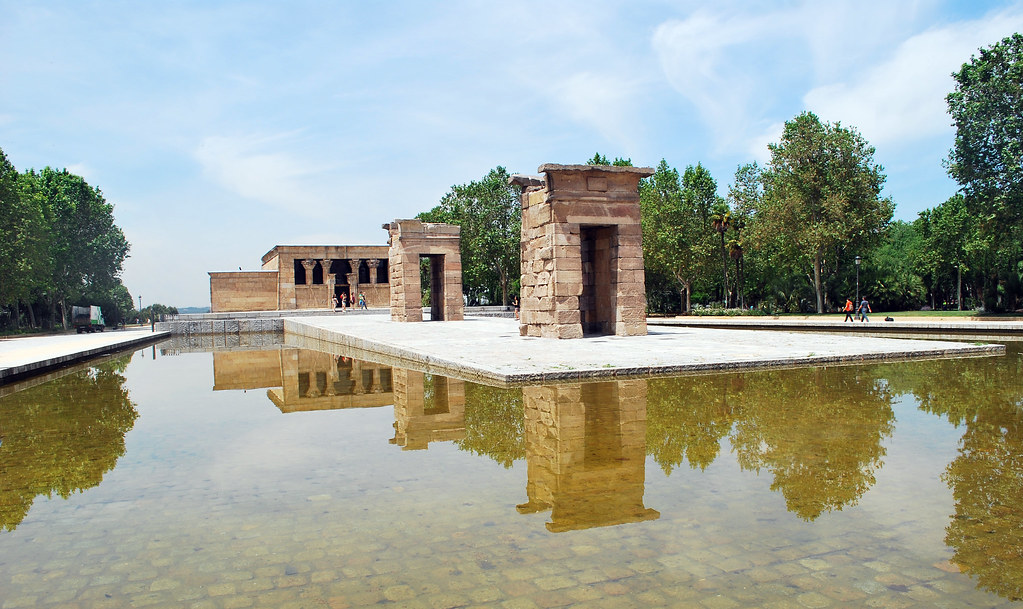 It was then back to the Metro for our next destination Templo de Debod.

This 4th century Egyptian temple was saved from the rising waters of Lake Nasser after a dam was built.

It was then transported block by block to Madrid in 1968.

On entry the security guard was very strict about how many people were allowed to enter at one time. The movement up and down the stairs was also organised with military style precision. 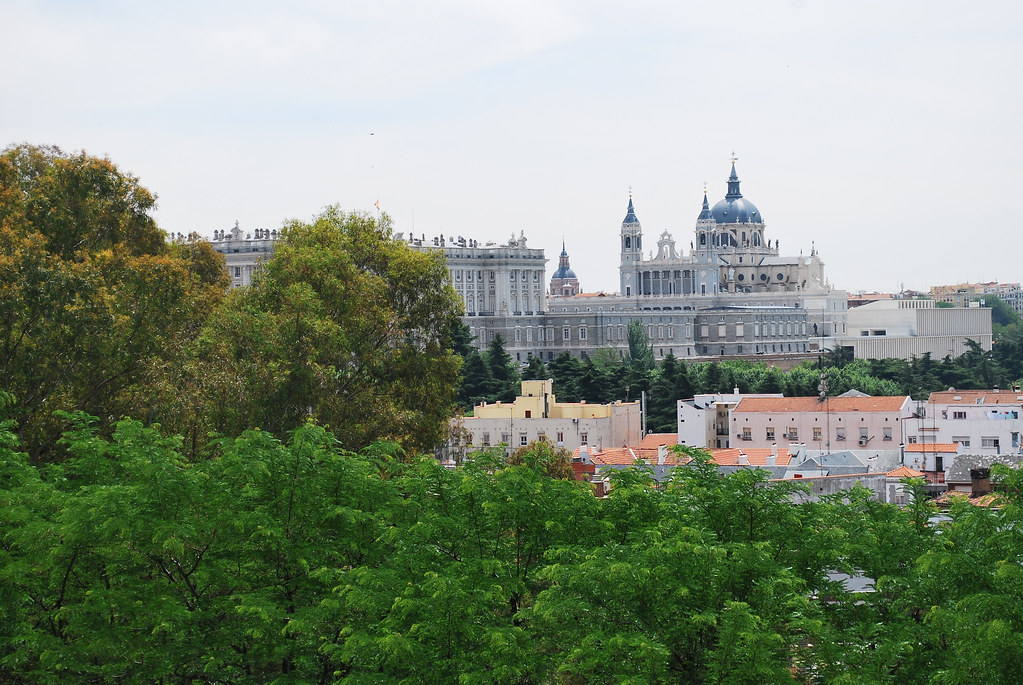 The park surrounding the temple called Parque de la Montana is quite pleasant. It has great views of Palacio Real and the Cathedral.

We then got back onto the Metro at Plaza de Espana towards La Latina. Here we walked down Cava Baja street with the intention of procuring some tasty tapas for our rumbling stomachs.

Unfortunately we must have timed our trip poorly as most of the restaurants were closed. Instead we found an alternative venue to satisfy our hunger. We will certainly be visiting again before we leave the Spanish capital.

Towards the end of the day we returned to Mercado de San Miguel for a sangria and a few wines from the local producers.