Jardins do Palácio de Cristal, Douro River cruise and a walk around Porto

For our final day in Porto we had a few final things we wanted to do. These included Jardins do Palácio de Cristal, Rua de Miguel Bombarda, Ribeira and a Douro river cruise.

After our final breakfast we checked out of HF Ipanema Porto. We then set out to spend our final few hours in the city. 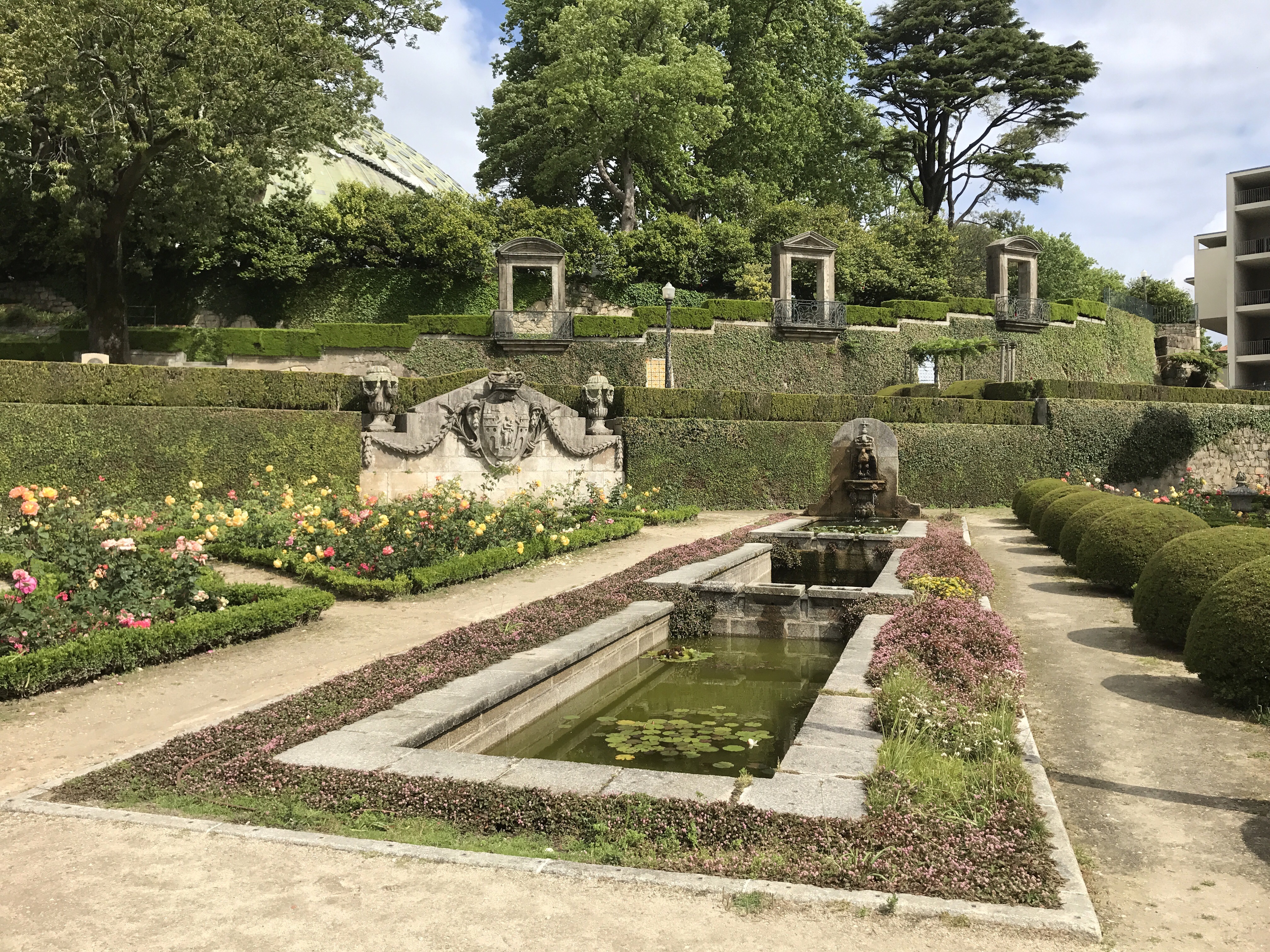 We walked the short distance from our hotel to Jardins do Palácio de Cristal. These botanical gardens seemed to attract locals, tourists and squadrons of noisy peacocks.

Some of these colourful avians were obviously trained killers as some were fighting each other on our entry into the park.

Peacocks aside, these gardens were created in the 19th century and have a variety of flowers, sculptures, pavilions and views of Porto. 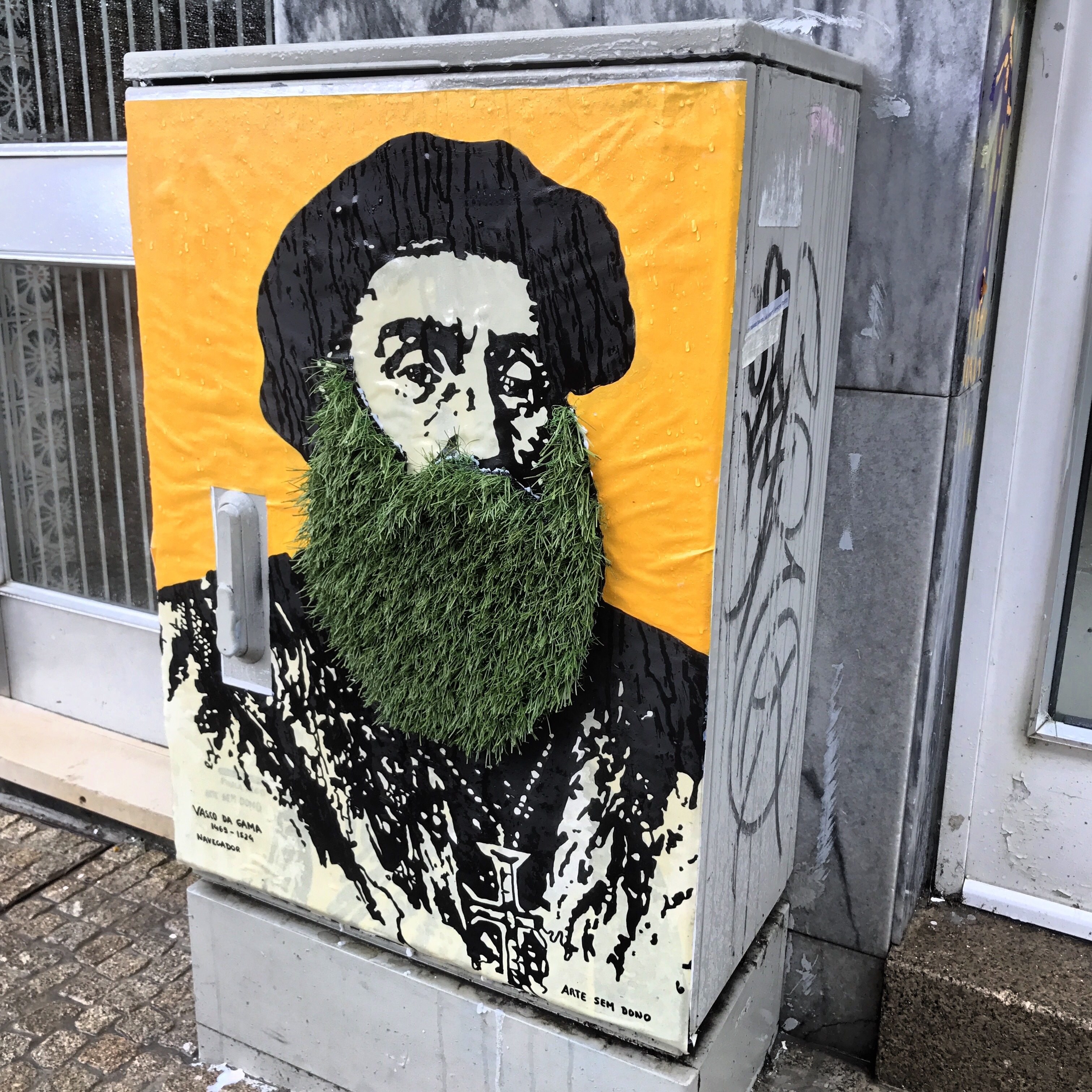 More or less opposite the gardens is Rua de Miguel Bombarda. A street of tiny art galleries, quirky shops and boutique cafes.

Just as we got to the bottom of the street it started raining heavily. We had to shelter in a doorway for about 10 minutes.

With the heavens closed (for now) we continued walking along this street. We noticed that there were some interesting street art amongst all the galleries. 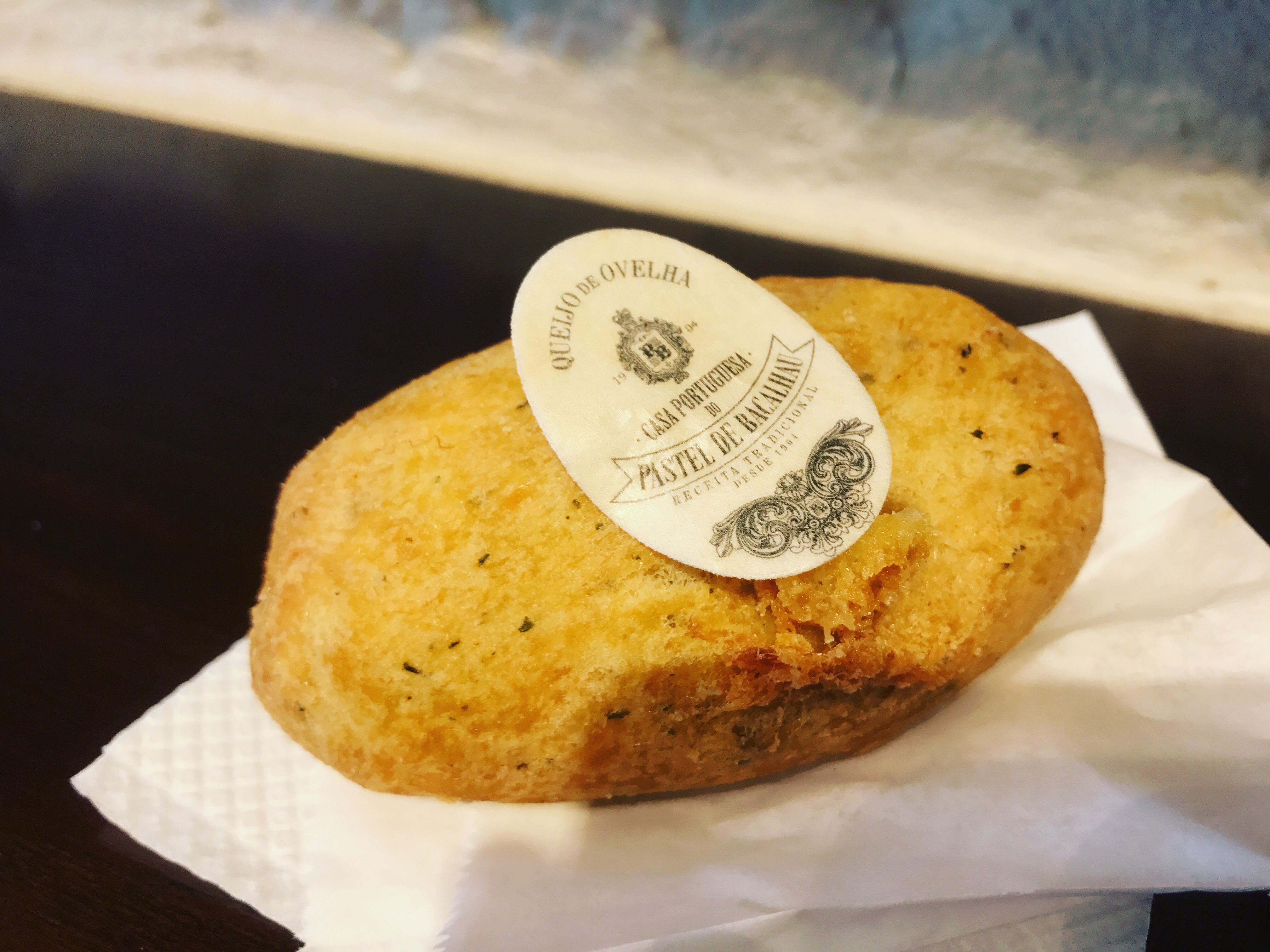 We had to try a Porto speciality before heading home. So we headed to Casa Portuguesa do Pastel de Bacalhau to try a cheese and cod croquette. It was scrumptuous! 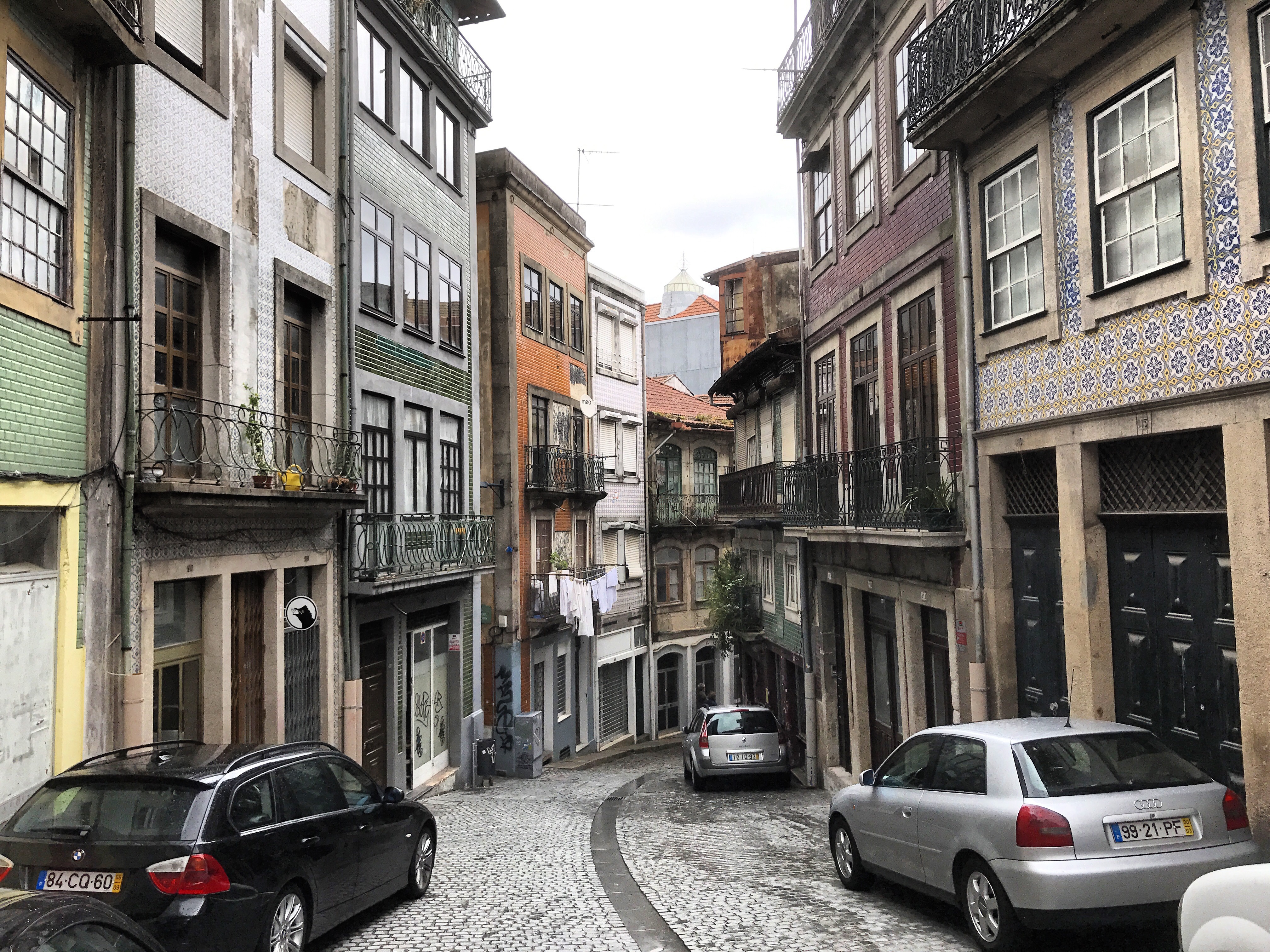 It was time for a final walk through the Unesco World Heritage site of Ribeira. We took a different route through the narrow streets towards the Douro River.

The street we took was Rus dos Caldeireiros. It was much quieter and less touristy. Residents were drying their clothes on the balconies of their tiled houses. Bizarre since the rain showers were quite frequent.

To say that it was slippery after the rain was an understatement. 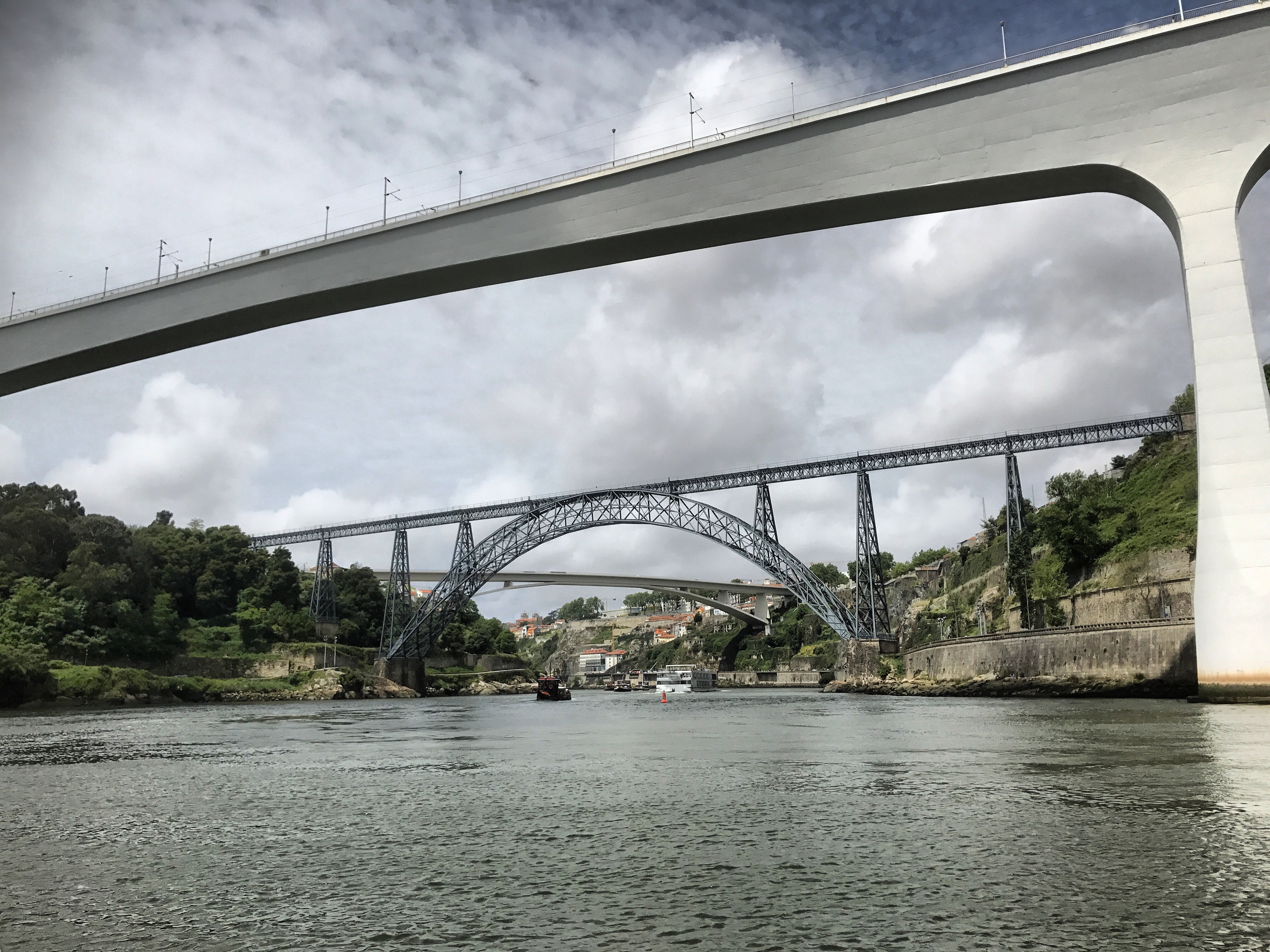 With the weather improving we decided to go on a river Douro River cruise. It took just under 50 minutes and we sailed under all the main bridges of Porto.

I was surprised that the wife didn’t even make an attempt to throw me overboard.

We then made our way to a bar to follow text commentary as Swansea City beat Sunderland.

This marked the end of our trip around Portugal and what a great experience it was in this fantastic country.