Travelling around the Isle of Skye

By: ynysforgan_jack
In: Scotland, Travel, United Kingdom
With: 0 Comments

We arose from slumber early this morning for the 130 mile trip to the Isle of Skye. This was so we could see Portree, the scenery and the Trotternish Peninsula.

I had wanted to see the Isle of Skye for a long time, and this was one of the main reasons for visiting the Scottish Highlands.

The journey to the Isle of Skye 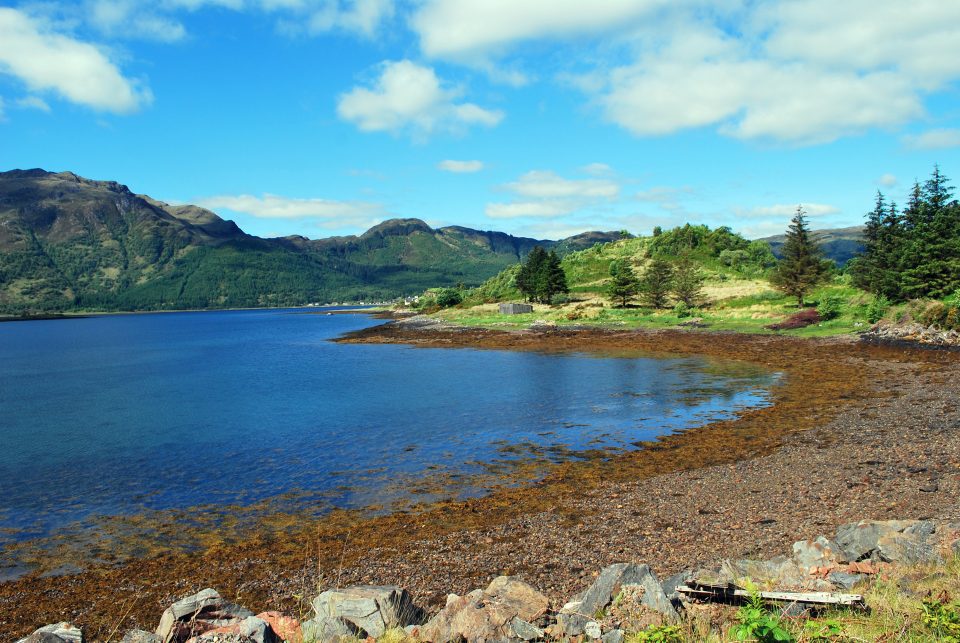 The first sight of interest along the route was Loch Cluanie with the Five Sisters Mountains standing behind it. The signs warned visitors not to swim in the loch as it’s a public water supply. Lucky then that I forgot to bring my Speedos.

A little further along is the site of the Battle of Glenshiel. This is where on 10 June 1719, (coincidentally, 291 years to the day) local clansmen and Spaniards fought and lost a battle to restore a Stuart King to the throne.

Nearby, Loch Duich is a site for sore eyes, helped by the clear weather and the fantastic Beinn A’Chuirn mountain complementing it. From the banks of the loch, you can also get a glimpse of Eilean Donnan Castle.

At Kyle of Lochalsh, you cross a bridge onto the Isle of Skye. Before this bridge was constructed, Skye inhabitants had to rely on a ferry service to the mainland. I wonder how this must have impacted on the lives of the islanders since? 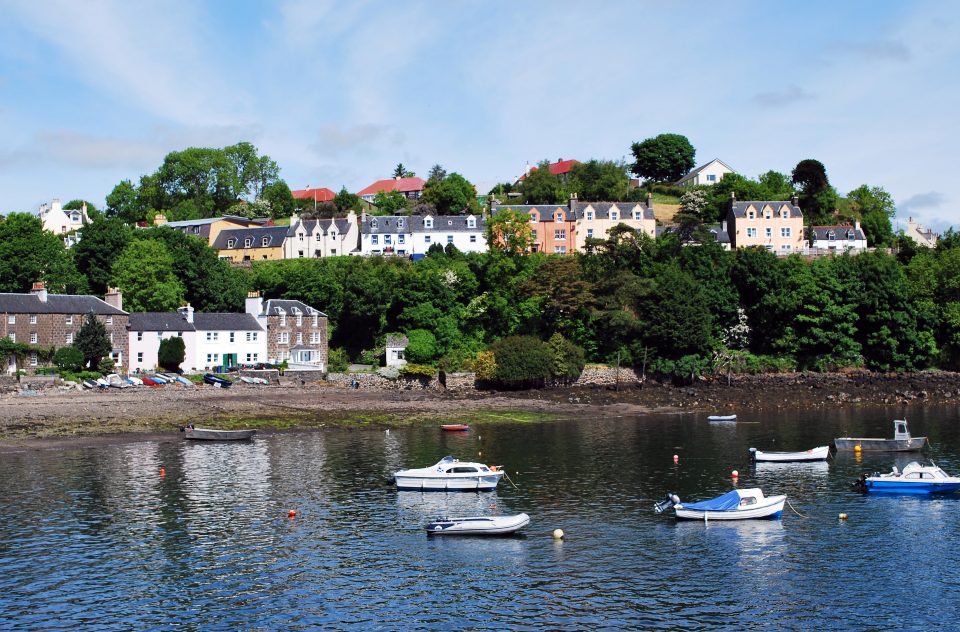 Apart from a quick stop to get a photo, the first main stop in Skye was the island’s capital, Portree. The town has a small selection of shops and a quaint harbour. There is a significant Gaelic speaking population living here.

I was also quite amused by the market in the town square, comprising all of two stalls. After a quick spot of lunch, we were back on the road. 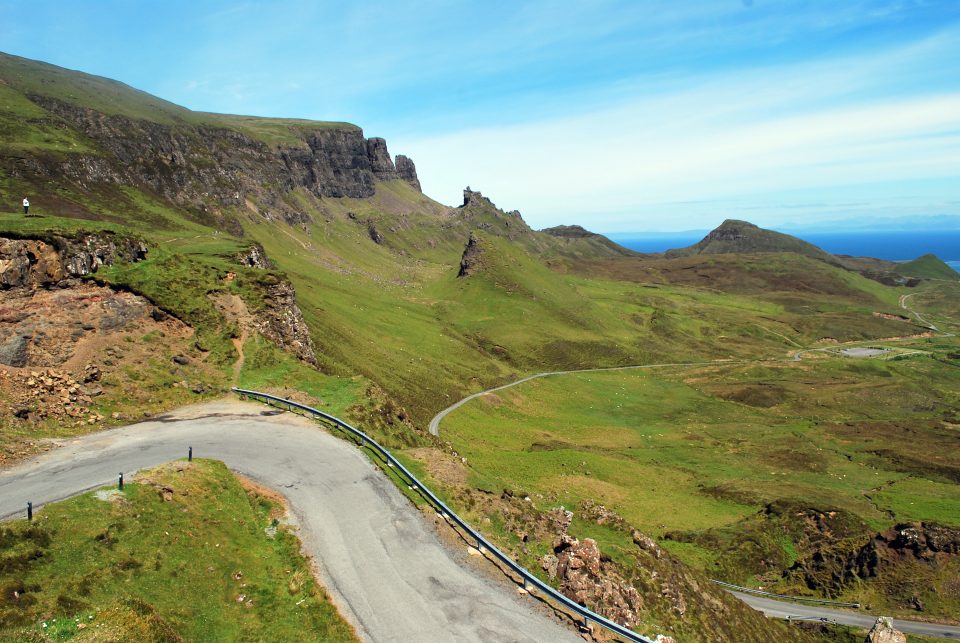 From here we followed the coastal road to Staffin, part of the Trotternish Peninsula. Here we stopped to take photos of the imposing Old Man of Storr mountain and Kilt Rock with its impressive cliffs.

After Staffin we headed east over the Quiraing range of mountains. The views from the highest part of the road were spectacular. I did consider, for a few seconds to walk the remaining distance to the summit. But the complaints it would have generated from my girlfriend would have been unbearable.

The small village of Uig, with its small pier was visited next. The Isle of Skye Brewery operates a small shop here and never missing an opportunity to indulge in a few real ales, I picked up a pack of four for later consumption.