Unfortunately this was the final day of our Toronto trip.

After checking out of our hotel we decided to make the most of our last few hours. 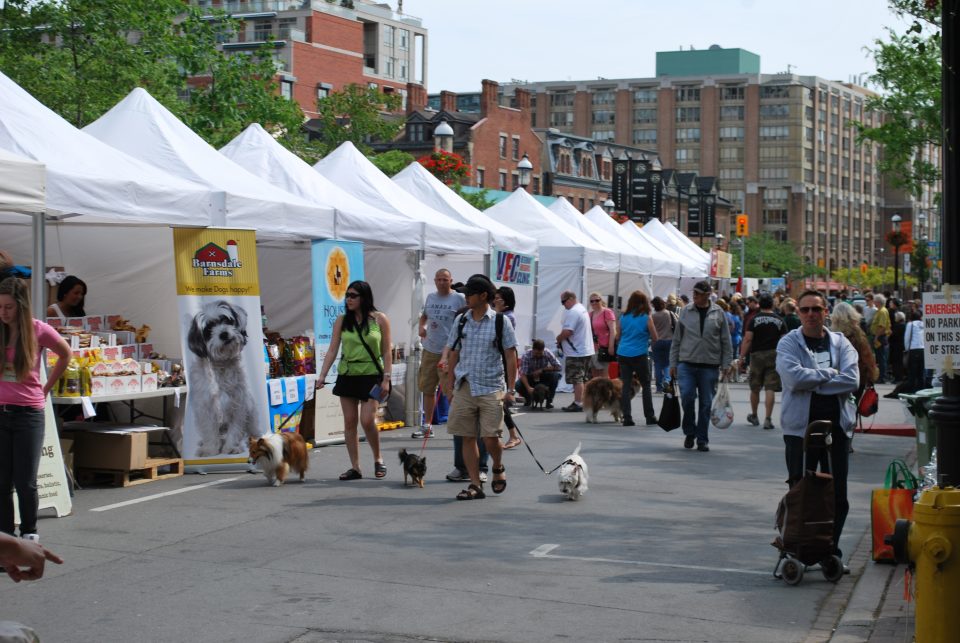 Walking away from the hotel, we found several of the adjacent roads were closed and marquees set up selling products for canines.

Hundreds of dogs were present too. Some large, some small, some with neck ties and others with coats.

It was all for an event called Woofstock, North America’s biggest festival for man’s best friend. 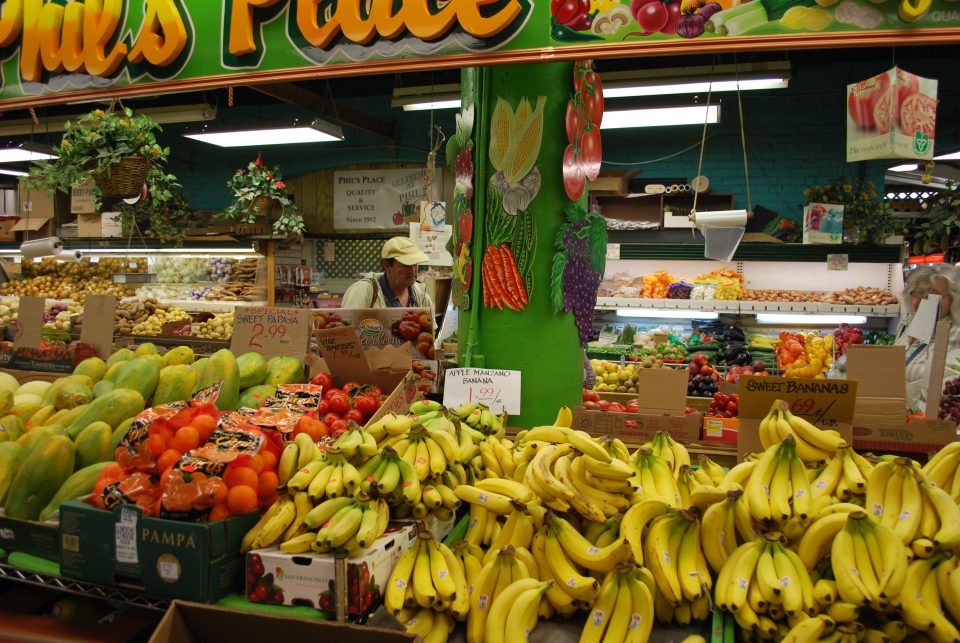 Once we circumnavigated this and hurdled dog stools on the floor, the first real stop was St Lawrence Market. The mission being to sample some of the delicious looking foods we saw the other day.

The most notable for me was the spicy hot Ontario chorizo which nearly set my mouth on fire.

The market was heaving today with shoppers buying their weekend foods and buskers playing jazz music. 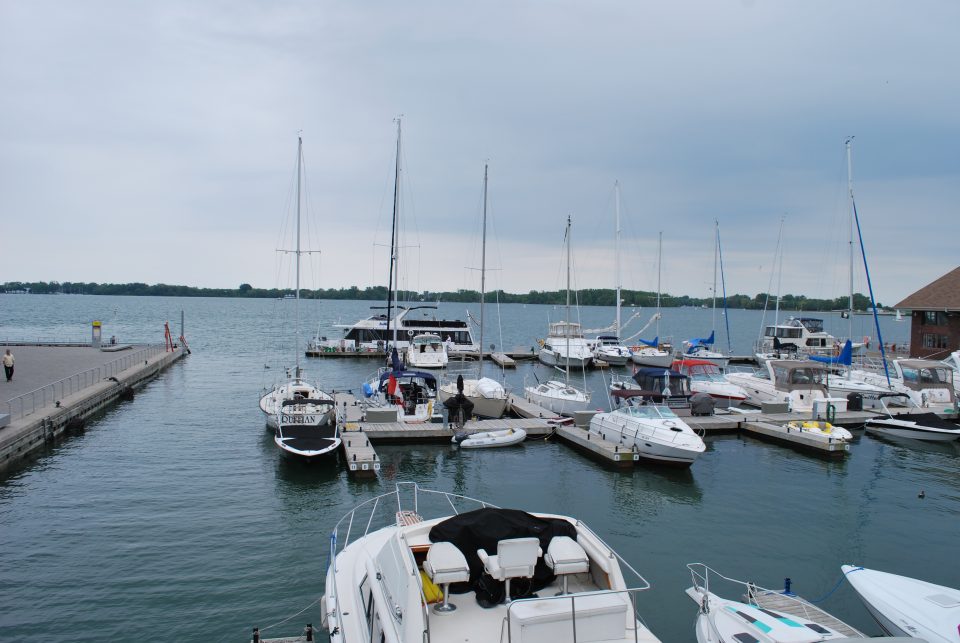 It was then off to the harbourfront for a stroll next to Lake Ontario.

The Harbourfront Centre takes up a large chunk of land here with outdoor stages and cafes. 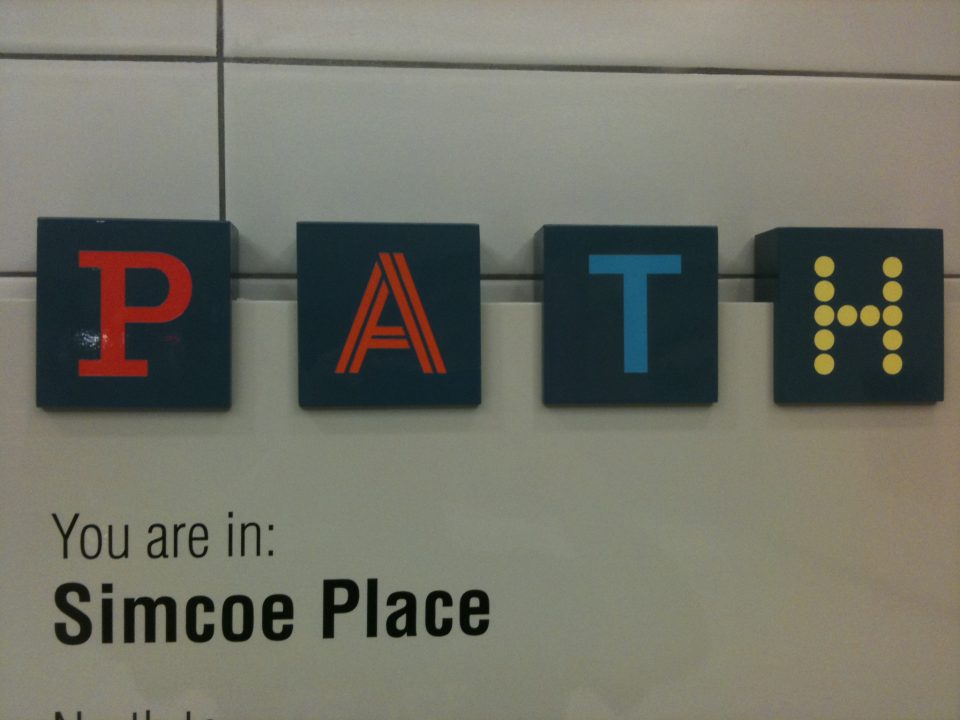 Underneath Toronto are subterranean tunnels and shops called PATH. It is possible to walk across the entire city without going up to street level.

It was quite and odd experience venturing around PATH as most of the establishments were closed and walkways devoid of fellow humanoids. 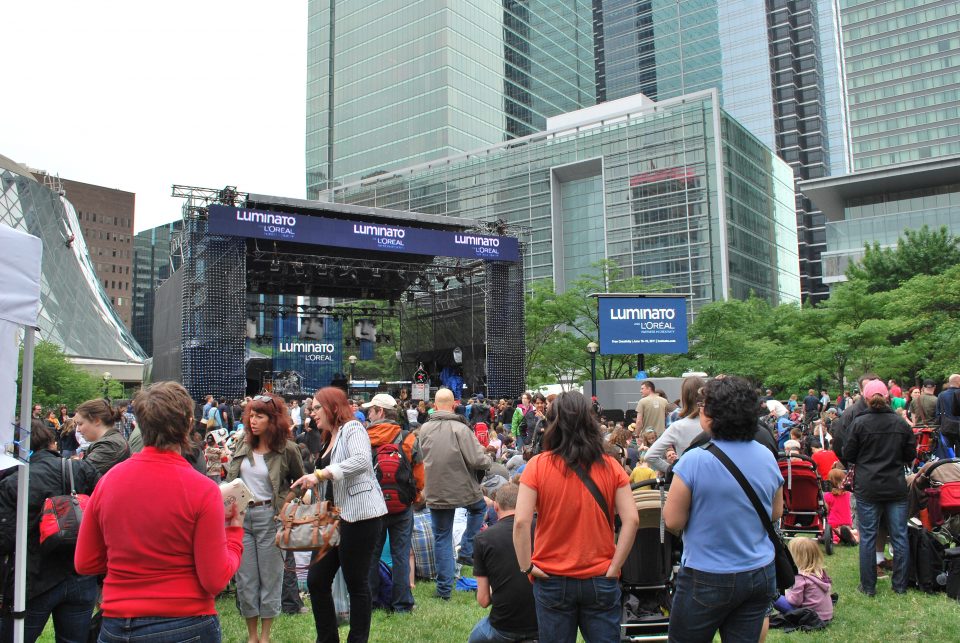 When we exited this underground labyrinth we stumbled across an event called Luminato located on the public space next to Roy Thompson Hall.

A number of bands were scheduled to appear on stage throughout the day but the proceedings also include theatre, art, film and literature.

After one last walk around the downtown area we made our way to the Steam Whistle Brewery to pick up some beers to take home. 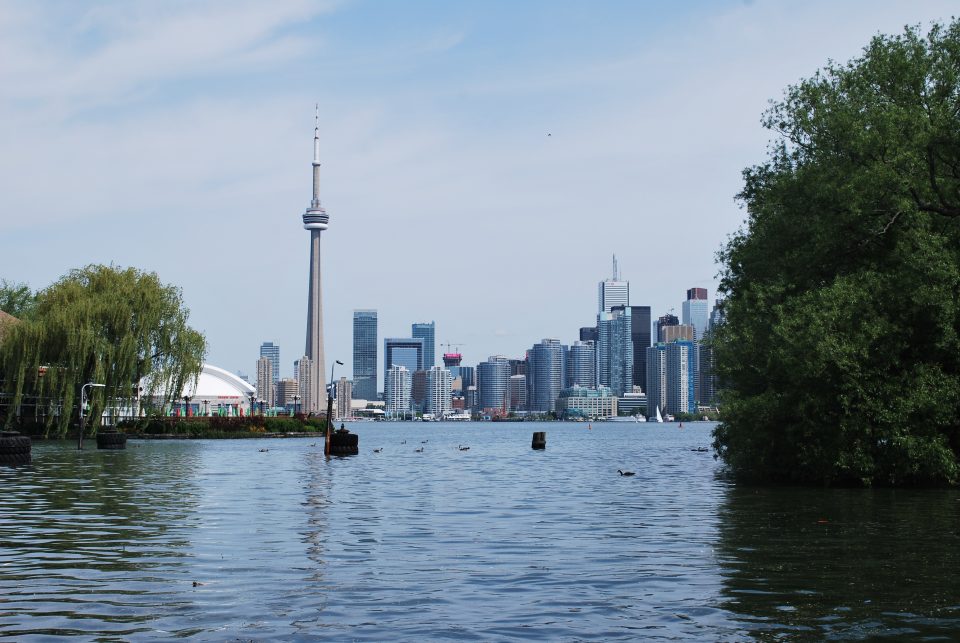 To avoid eating at the airport we visited the Old Spaghetti Factory for a quick meal. Just at the right time too as when we left the queue was out of the door and stretching as far west as Vancouver.

While waiting for a taxi we had enough time for a quick beer at the hotel before heading to the airport. I went for a pint of Mill St. Tankhouse.

After months of anticipation I’m glad to say Toronto did not let us down. To stay for 7 days and still not have time to do everything says it all. I would definitely return to this great city in a few years.

2011-06-11
Previous Post: Enjoying Toronto Island and cheering on the Toronto Blue Jays
Next Post: Travelling from Swansea to Berlin