By: ynysforgan_jack
In: Canada, Travel, Vancouver
With: 0 Comments

After a long day of travelling yesterday, we explored the great city of Vancouver in British Columbia. We saw Granville Island Public Market, Canada Place, Gastown, Chinatown and the Harbour Centre.

We were very tired as none of us slept very well, but still, we were looking forward to seeing Vancouver for the first time since 2002.

When we arrived yesterday the city was in the midst of celebrating Canada Day, so it was no surprise when we found the streets empty this morning. I bet loads of people had some serious hangovers! 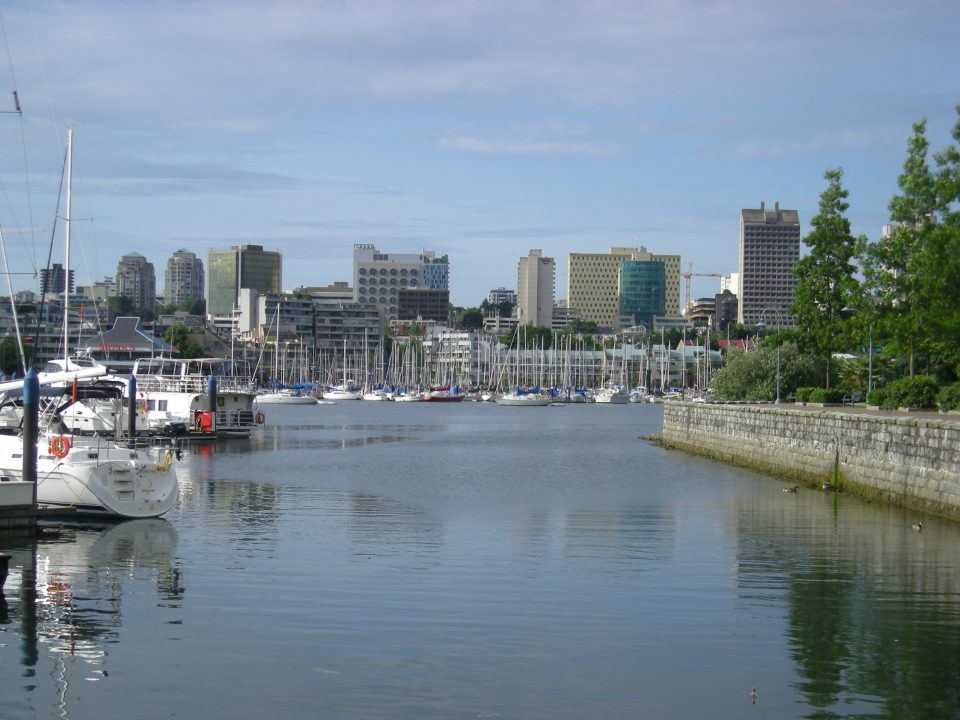 We wandered down to the neighbourhood of Yaletown and then towards the waterfront of False Creek.

It was here that we noticed that there was an Aquabus service, one stop of which was Granville Island. Once we parted with the small fare we hopped on board the small and comfortable vessel.

It was a great way to enjoy Vancouver’s waterfront scenery. 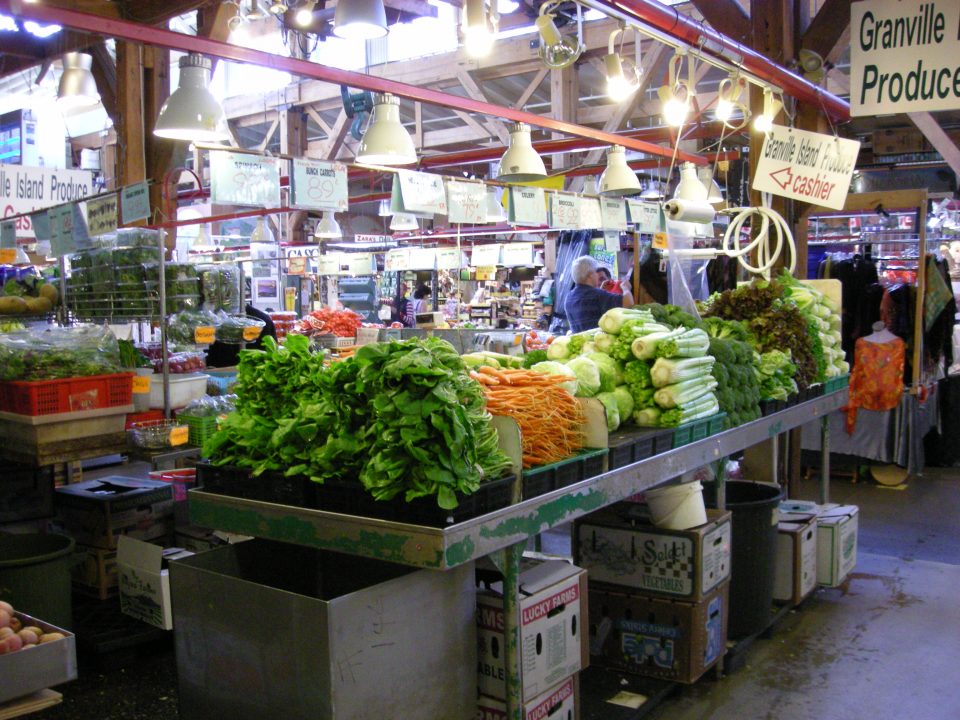 This amazing market was established in 1979 and is filled with quirky stalls selling fresh produce, meats, cheeses and homemade chocolates. Not only did the food look delicious but it was stacked so neatly and the colours were so vivid.

I just wished that I could have tried all the food on offer!

We also noticed that as well as an abundance of tasty treats there were also a variety of arts and crafts on sale. 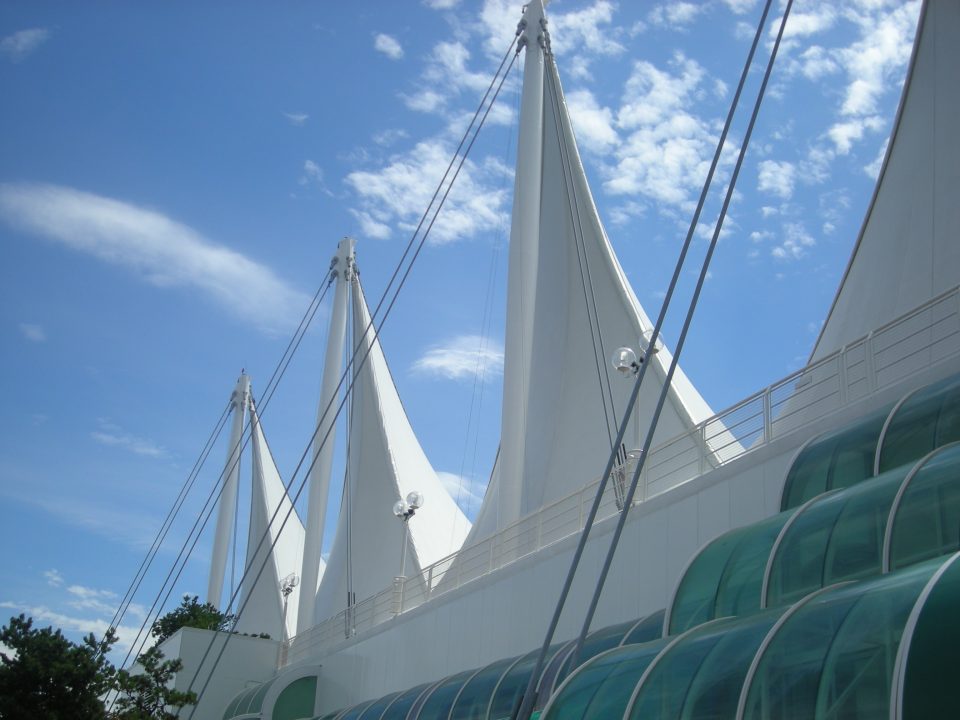 After leaving Granville Island, again via the Aquabus, we made the long walk through Downtown Vancouver to Canada Place.

Canada Place is located on the Burrard Inlet waterfront of Vancouver and is the home of the Vancouver Convention and Exhibition Centre.

We walked around the promenade of this huge structure and we were completely amazed by the size of the cruise ships that were docked here. Most of these cruise ships apparently head to Alaska. Maybe we will see them when we are sailing on the Inside Passage in a few days time?

I was really impressed with the striking white sails of Canada Place, it certainly makes it a prominent landmark for Vancouver. 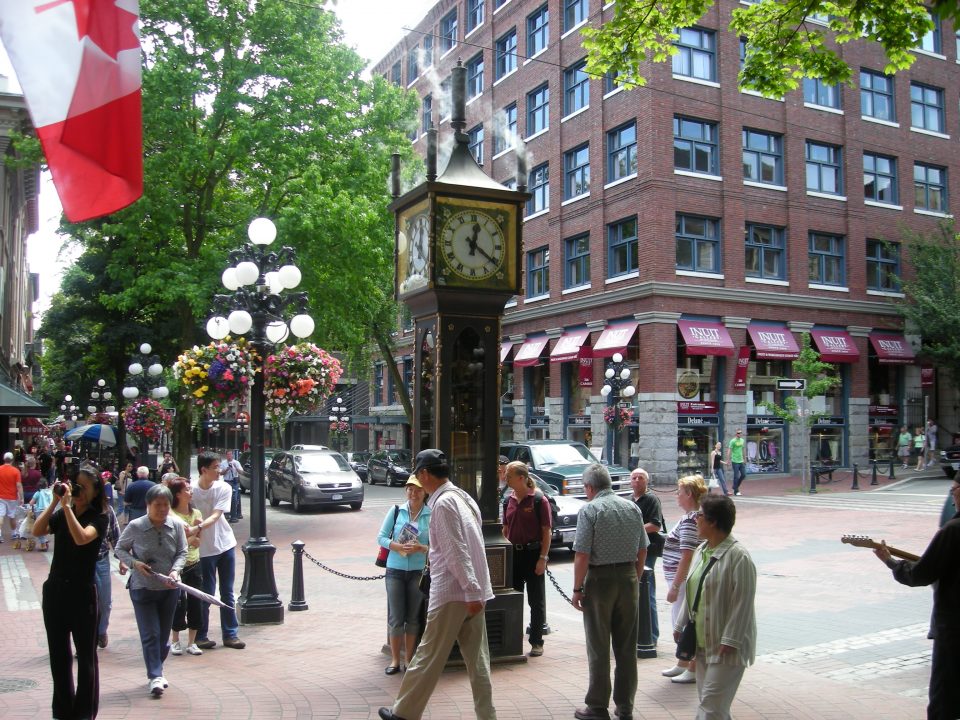 We then made our way to one of Vancouver’s most famous neighbourhoods, Gastown.

As we walked down the bricked pavement we noticed that Gastown had a mix of shops, restaurants, bars, art galleries and offices. A good example of a mixed-use city district.

It was here that we saw Gastown’s most famous landmark, the Gastown steam clock. It is such a sight to behold when it chimed on the hour and emitted its steam!

Not far from the steam clock is the statue of  “Gassy” Jack Deighton. He was a Yorkshire steamboat captain who arrived in 1867 to open a bar. 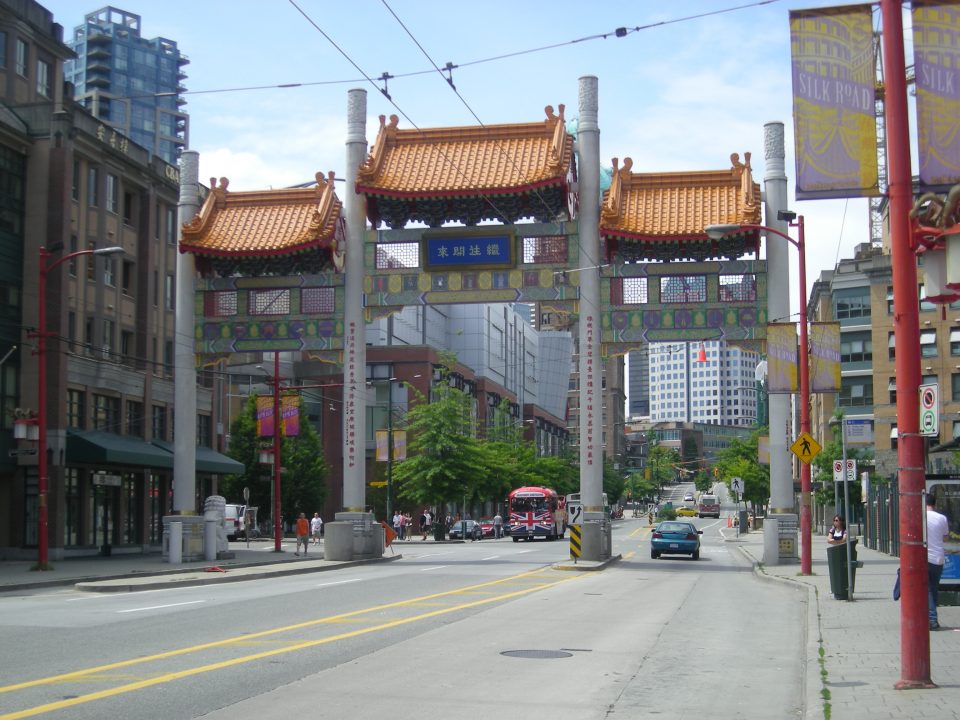 We decided to take a shortcut to Vancouver’s Chinatown, but this was through what looked like one of the city’s roughest areas. There were no problems though and we got through safely enough.

I was really impressed with the street decor, sculptures and shops in Chinatown, as well as the Millennium Gate. 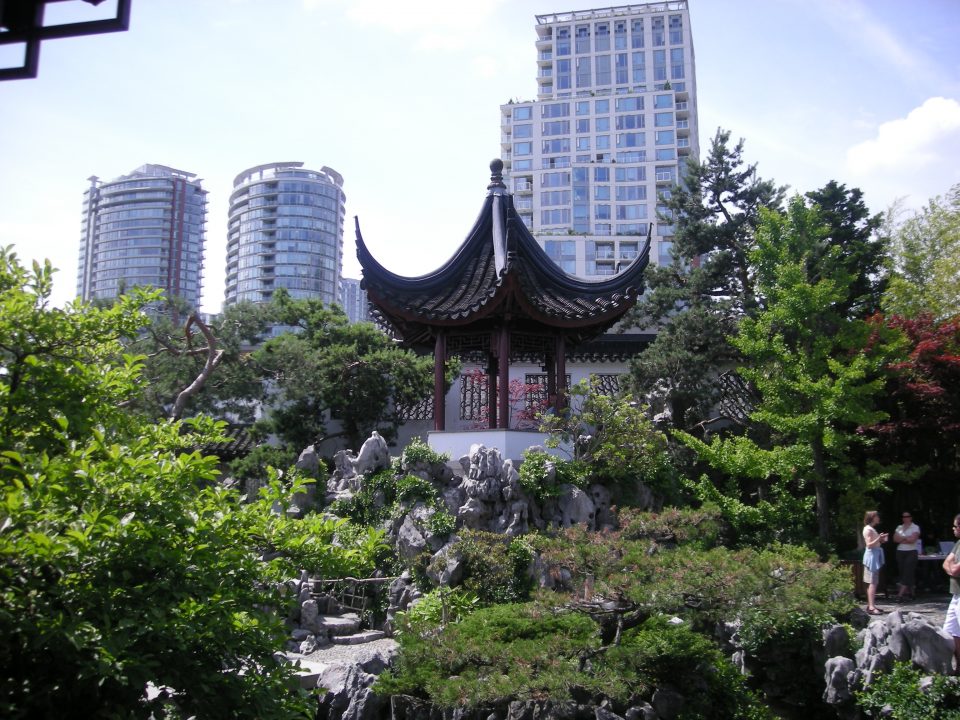 While we were in Vancouver’s Chinatown we made our way to Dr Sun Yat-Sen Classical Chinese Garden.

There were two sections of the garden for us to visit. The first was an admission based garden with Chinese bridge, pavilion and pond. It was nice to see some tortoise enjoying the water.

The second part is a free to enter Chinese Garden with a larger pond.

We really enjoyed walking around the park and gardens, it was hard to believe that we were in one of Canada’s biggest cities.

Vancouver Lookout at the Harbour Centre 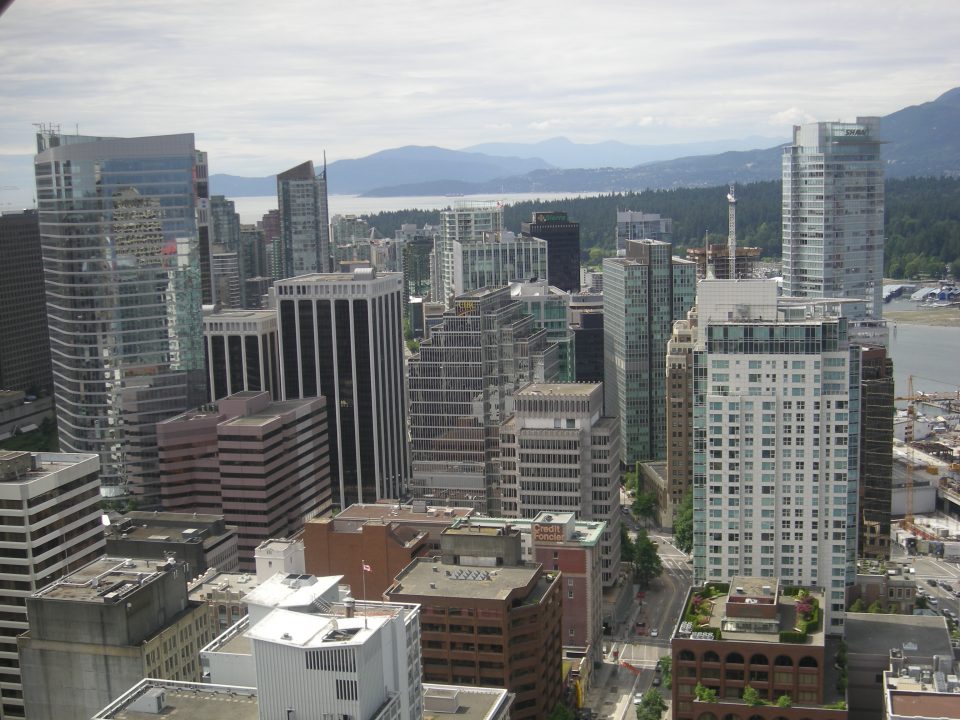 We then walked through Downtown Vancouver to the Harbour Centre. This is the location of the Vancouver Lookout!

To get to this viewpoint you travel up 168 metres in a glass elevator. The view from the observation deck of the city, waterfront and mountains were absolutely amazing.

We loved it so much that we returned after our evening meal to take in the view at night.

It was then back to our hotel to get some rest before we head to Vancouver Island tomorrow.

2007-07-02
Next Post: A ferry over to Vancouver Island and travelling to Campbell River