A ferry over to Vancouver Island and travelling to Campbell River

After getting on a ferry from Horseshoe Bay in Vancouver, we sailed over to Nanaimo on Vancouver Island. We then travelled to Campbell River on Highway 19a.

We had a great day in Vancouver yesterday so we were a bit sorry to leave. Although we will be back in the city in two weeks after our trip around British Columbia and Alberta.

With breakfast consumed, we set off from the hotel in our hire car. The traffic in Downtown Vancouver was horrendous. 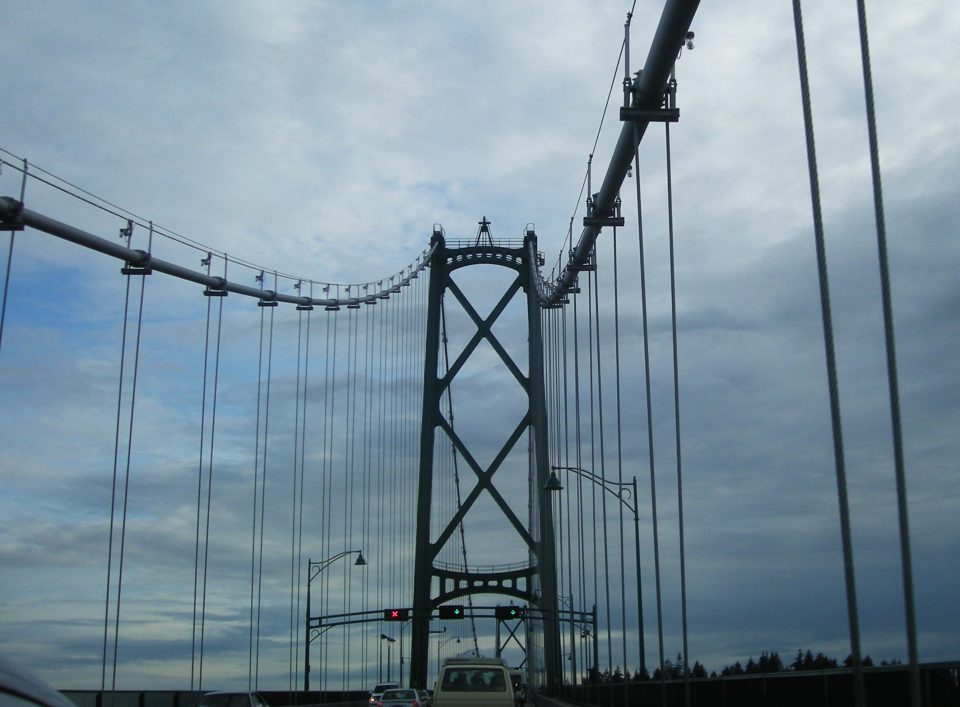 On the way to Horseshoe Bay, we crossed over Vancouver’s famous Lions Gate Bridge.

This bridge, which is over 1,800 metres in length, was opened in 1938. It crosses the Burrard Inlet and is one of the main routes into Vancouver from the north.

Looking out of the passenger window gave really good views of Stanley Park and the Vancouver skyline.

BC Ferries – Horseshoe Bay to Nanaimo

Once we arrived at Horseshoe Bay, we had to queue for a while with other cars until the ferry was ready. But once we drove on board and parked the car, we made our way to the upper decks.

There was a restaurant and a small shop on board. I was disappointed that I had breakfast earlier at the hotel as the scrambled egg looked delicious. I’ll be on another BC Ferry in a few days on the Inside Passage, so hopefully, I can try the egg then.

The journey over to Nanaimo on Vancouver Island took around 1 hour 40 minutes. The weather was clear so I enjoyed the scenery along the way. I even saw a few seals!

When we were close to arriving on Vancouver Island we made our way down to the lower decks and back into the car.

Highway 19a to Campbell River 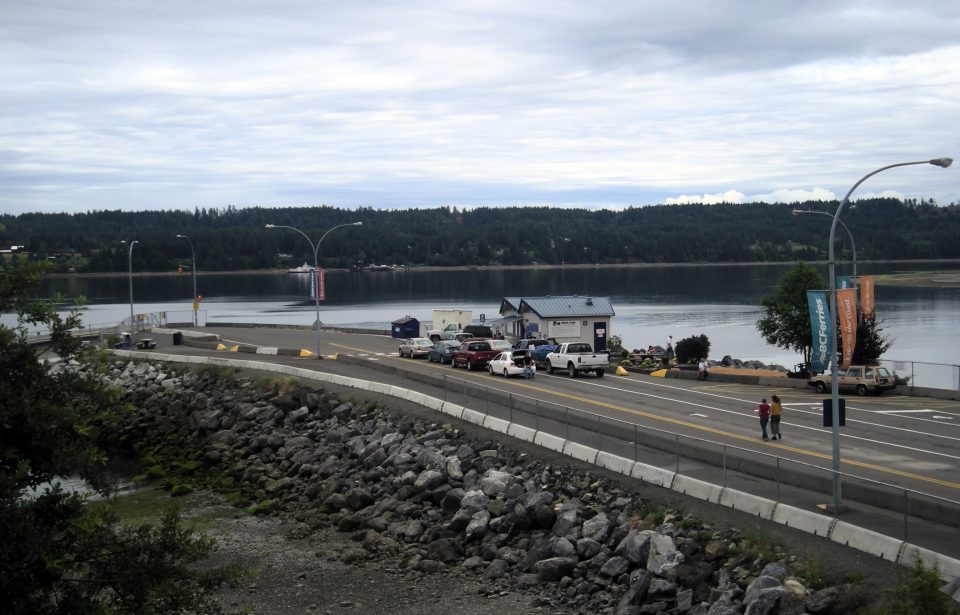 From Nanaimo, we drove straight to Highway 19a. This is Vancouver Island’s coastal highway and runs from Nanaimo to Campbell River.

The journey took us through some small settlements such as Parksville, Qualicum Beach and Bowser. We had a quick stop at Buckley Bay for some petrol and a bite to eat. At Buckley Bay was another ferry terminal with boat sailings to nearby Denman Island.

It was then back on Highway 19a where we passed through the villages of Courtenay, Grantham and Black Creek before arriving in Campbell River. The journey took around two hours in total. 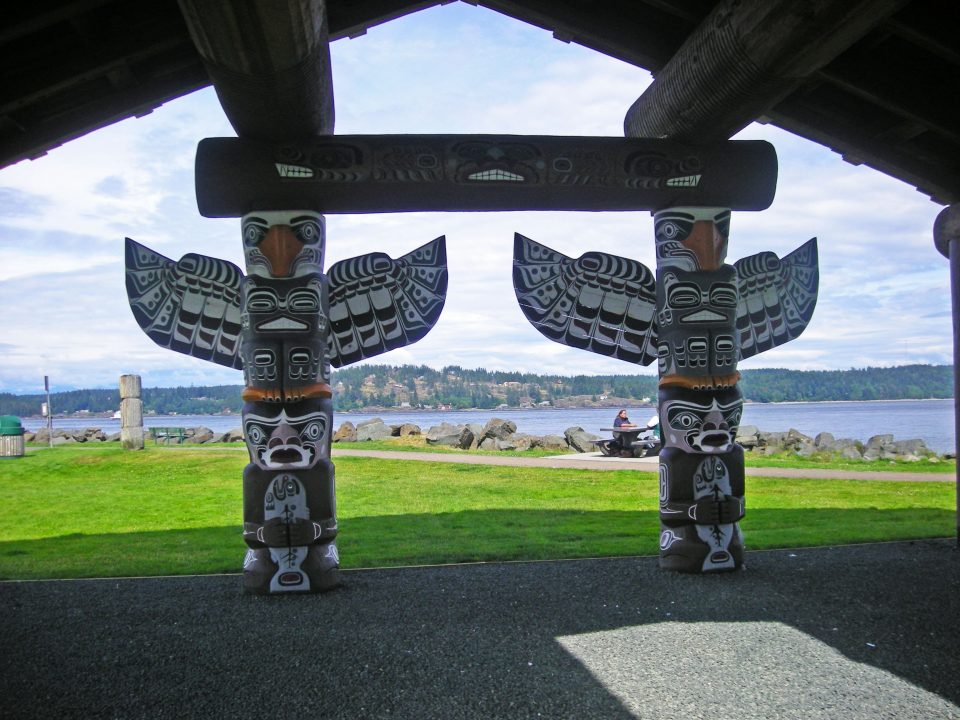 With our bags dropped off at the hotel we made our way into the town of Campbell River.

We walked down historic Pier Street before crossing the road to Robert V. Ostler Park and admiring some of the totem poles that were on display there.

Campbell River is known as the Salmon Capital of the World. It was hardly surprising that there is a sizeable marina with a lot of fishing boats moored there. 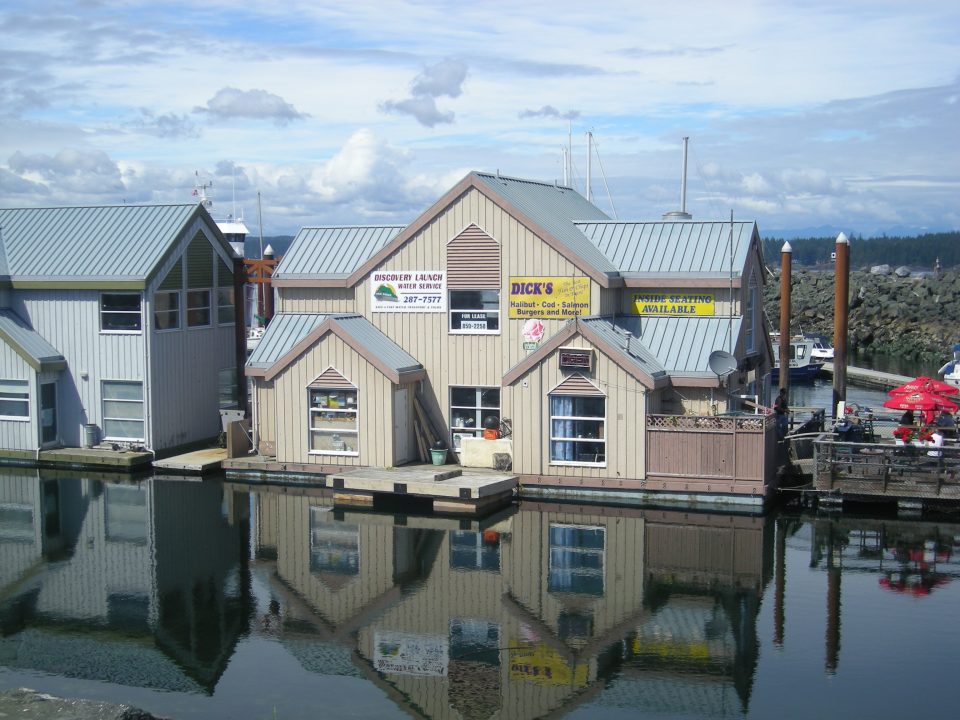 While walking around Campbell River’s marina we noticed a restaurant called Dick’s Fish and Chips. As we were getting hungry we decided to give it a go!

What a good decision as the fish and chips were delicious. We ate outside on the decking with a great view of Campbell River’s marina.

It was then time to head back to the hotel for some rest before tomorrow’s long car journey to Port Hardy.