Whilst we were in Vienna we decided to take a day trip to the city of Salzburg. We wanted to see the city’s fortress, old town and Christmas Market.

We were a bit tired after our jaunt around Vienna yesterday. But still we were really excited about making the trip out west.

The train to Salzburg 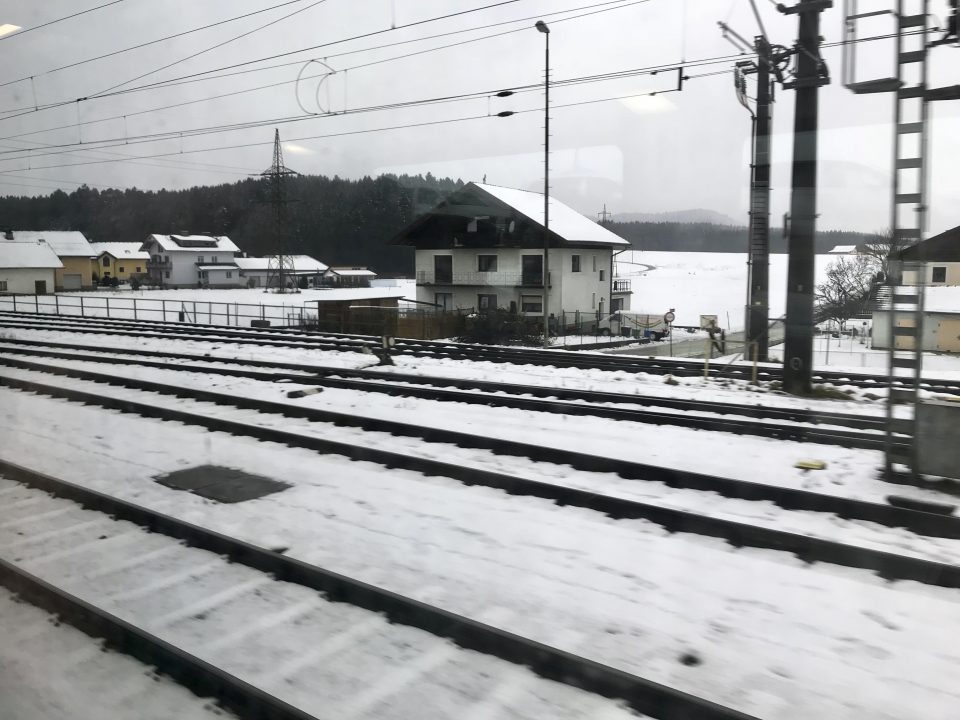 First of all, we left the hotel and made our way to Vienna Hauptbahnhof, or the main train station as it’s called in English.

Once we had procured some essential supplies we boarded the train to Salzburg.

The train was absolutely heaving. Somehow we got a seat though!

Also Hayley was convinced that the person opposite her was the Demon Headmaster made famous from the 1990’s TV series.

Residenzplatz and the Christmas Market 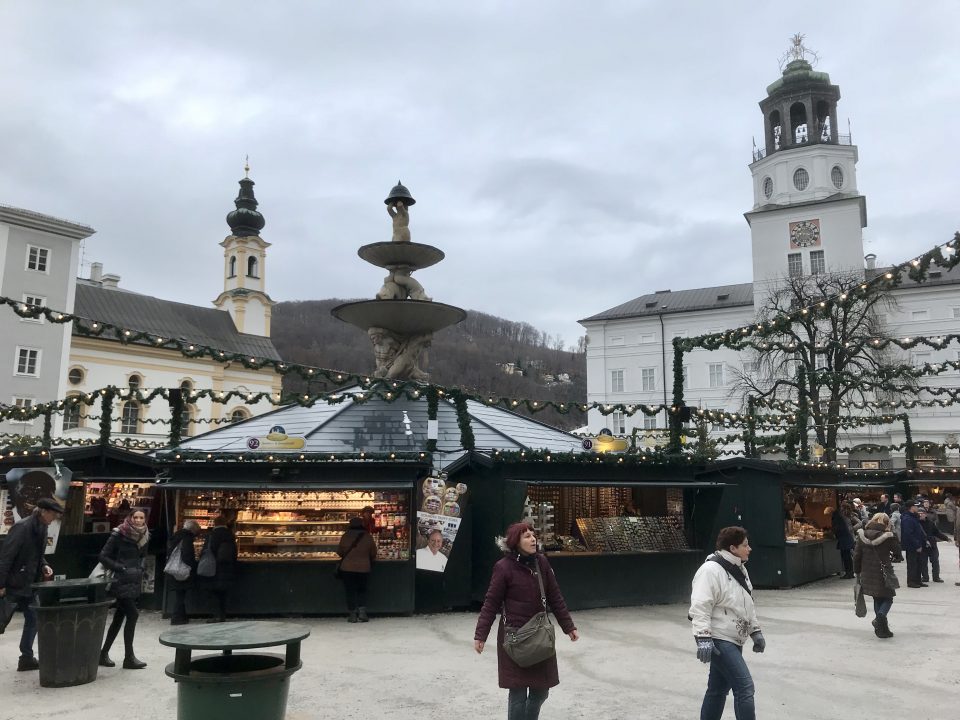 The train took just under three hours to make the journey from Vienna to Salzburg.

On arrival we took bus number 3 to the old town of Salzburg. Our first stop was Residenzplatz.

Residenzplatz is a huge and grand square next to Salzburg Cathedral.

The square is one of Salzburg’s most popular attractions, and no doubt the reason why the Christmas Market is located here too.

We browsed the stalls selling Glühwein, punch, decorations, crafts and festive food. The wife just had to buy a few decorations for the house though! 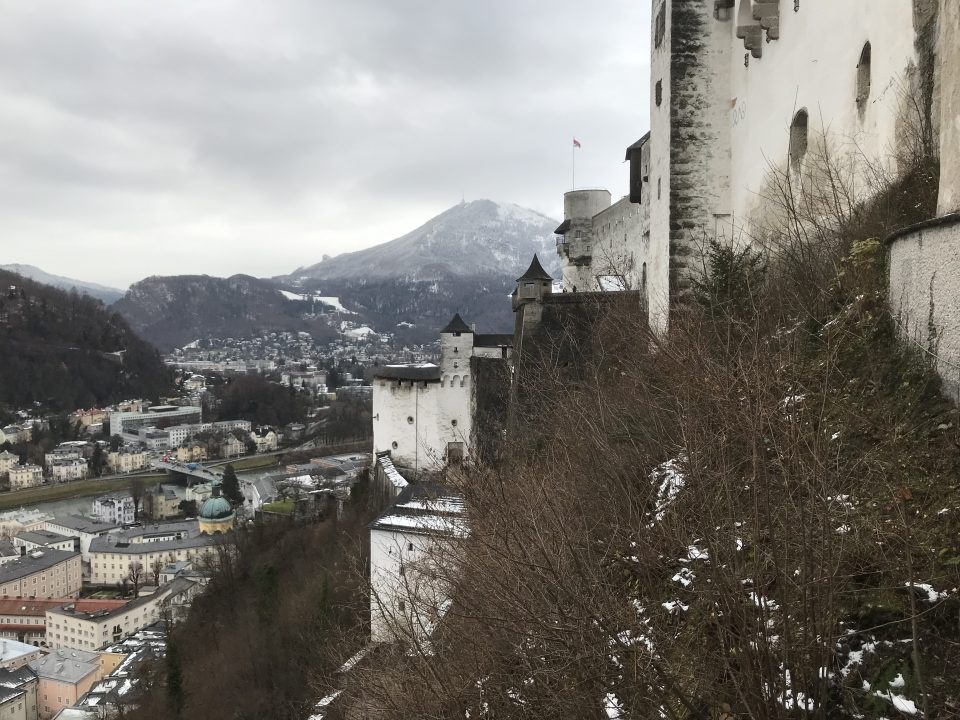 It was then off to Festung Hohensalzburg. Our ticket included the funicular journey up to the fortress as well as the museum and castle grounds.

The funicular took just 1 minute 0.564 seconds to reach the summit. At the top of the tower we had amazing views of the city of Salzburg.

We then wandered around the fortress museum. The exhibition told the story of the fortress and its influence on Salzburg. The in-laws really enjoyed the torture equipment display. Lucky I’m on their good side then!

It was then off for a tour of the the interior rooms of the fortress. The tour uses an audio guide and takes around 30 minutes. 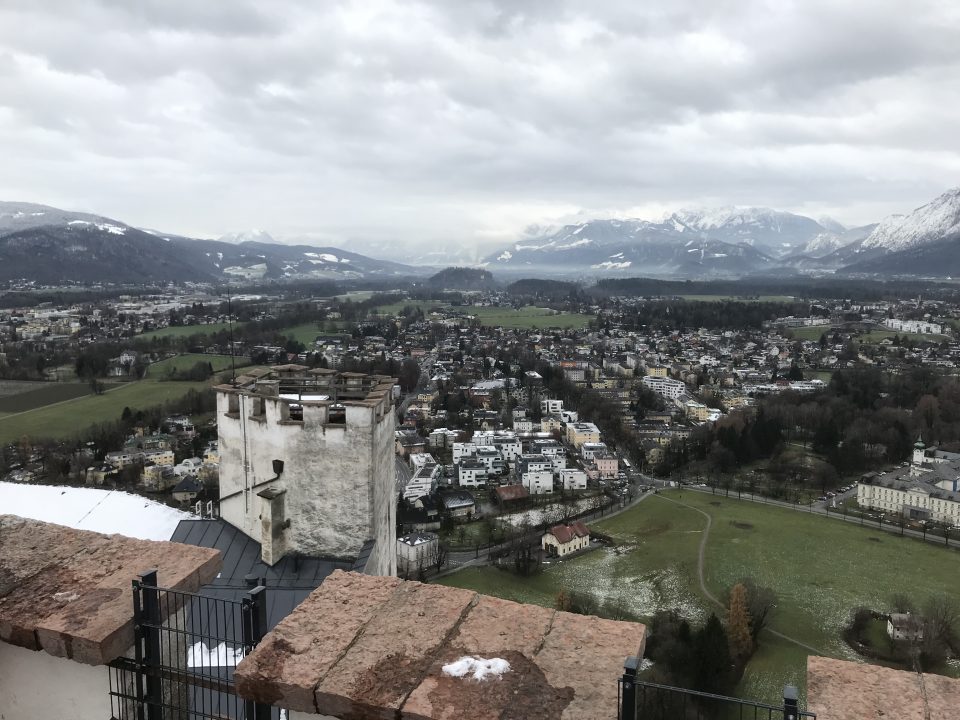 As part of the tour we scaled a narrow spiral staircase to the top of the fortress tower.

The tower had amazing 360 degree views of the surrounding mountains. It was right up there with the Rocky Mountains as one of my favourite views. 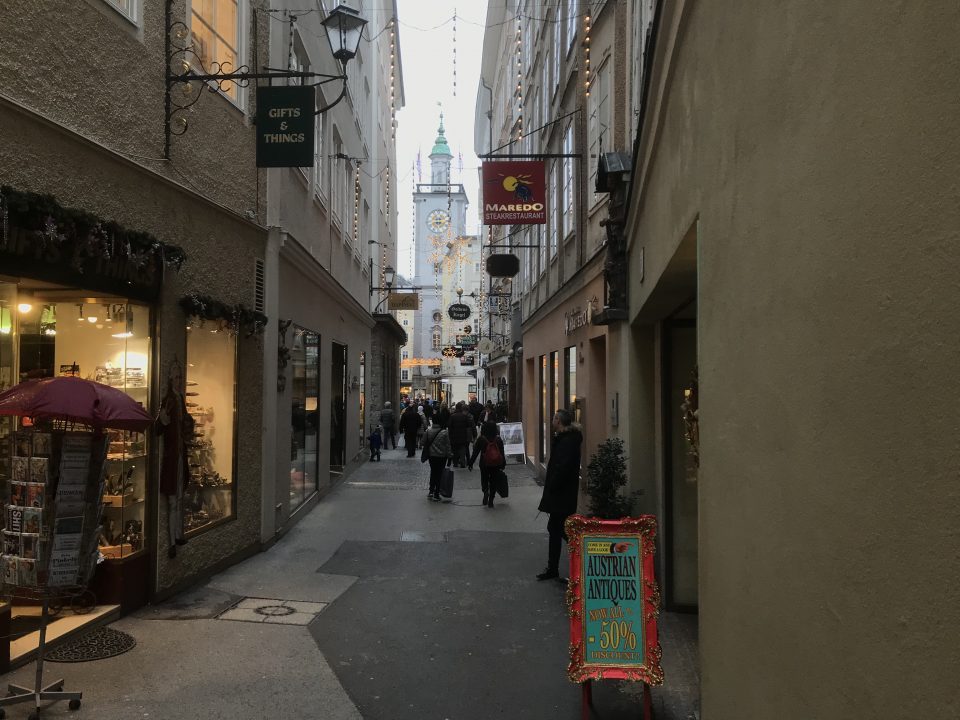 After a beer to recharge the batteries we had a look around Salzburg’s old town. The narrow streets were full of curious little shops, bars and cafes. As well as some fascinating architecture.

Last look around the Christmas Market 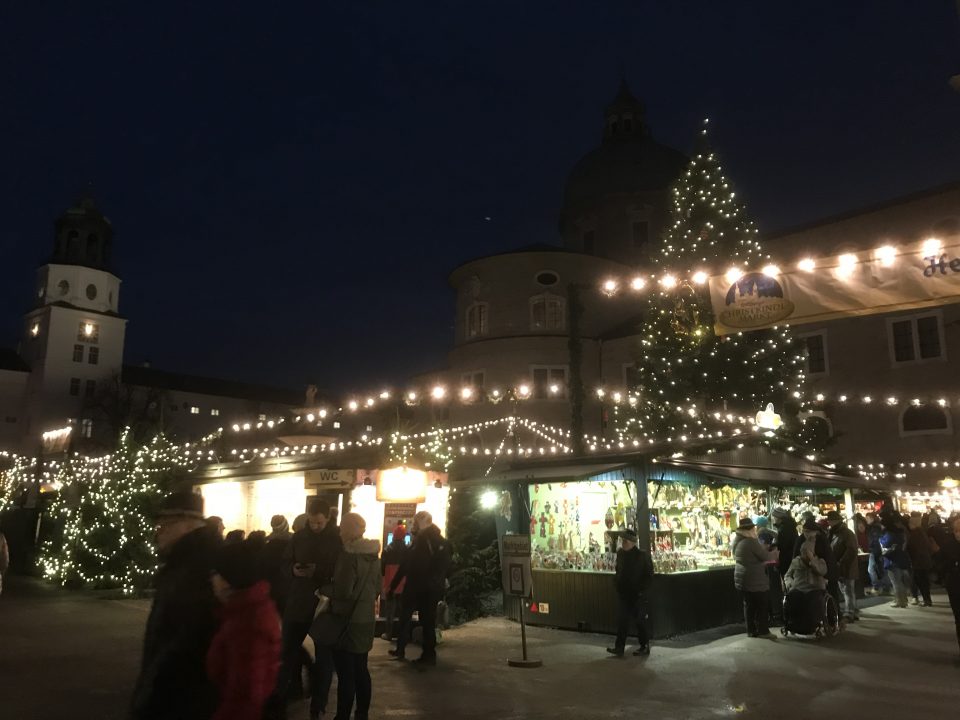 Before making our way back to the train station we had one last look around the Christmas Market.

But this time we had a few tasters of the food on offer, this included a sausage meat and sauerkraut roll. Plus a baumkuchen and a Stiegl beer. 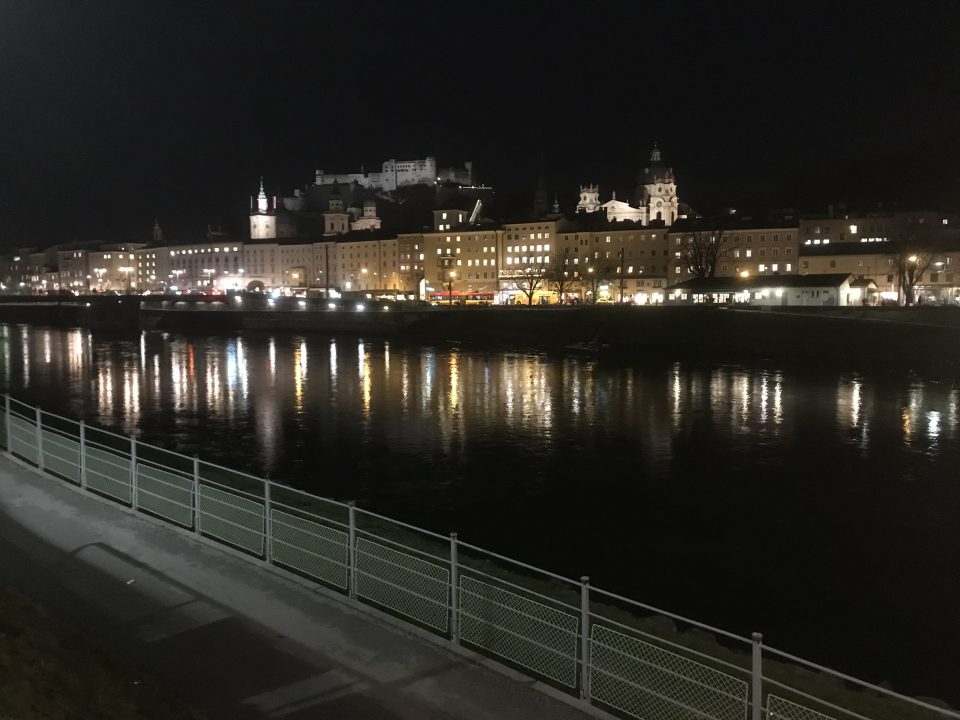 We then crossed the pedestrian bridge across the river, this bridge was called Markartsteg. It reminded me of Pont des Arts in Paris because of all the padlocks attached to it.

I would say that Markartsteg is more noticeable for the amazing view of Salzburg and the fortress.

We then made our way back to the train station for our trip back to Vienna. That is before my parents set off the security alarms in Spar.

2017-12-05
Previous Post: Christmas markets and the historical landmarks of Vienna
Next Post: A day-trip to the old town of Sopron in Hungary