A day-trip to the old town of Sopron in Hungary

For a day-trip from Vienna, we made the short journey to Sopron by train. The city is located in Hungary, just over the Austrian border.

It was the second day trip for us in successive days after we visited Salzburg yesterday. It also marked a new country off our list as we had never visited Hungary before.

Before leaving Vienna we enjoyed some breakfast in a cafe overlooking the Danube. 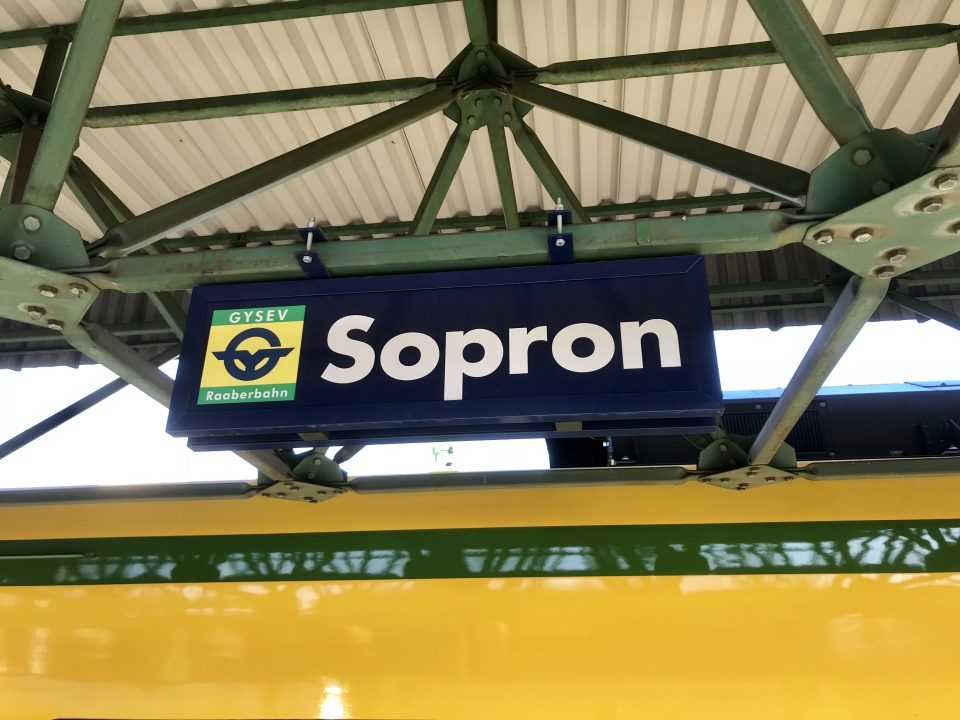 We made our way to Vienna Hauptbahnhof to get the train to Sopron.

The scenery on the way was quite pleasant. We passed lots of farmland and vines. In the far distance you could see snow covered mountains.

It was quite amusing though as we discovered that my mother-in-law thought that ‘nächster halt’ was a place where nachos were invented. It obviously means ‘next halt’.

The walk to the old town of Sopron 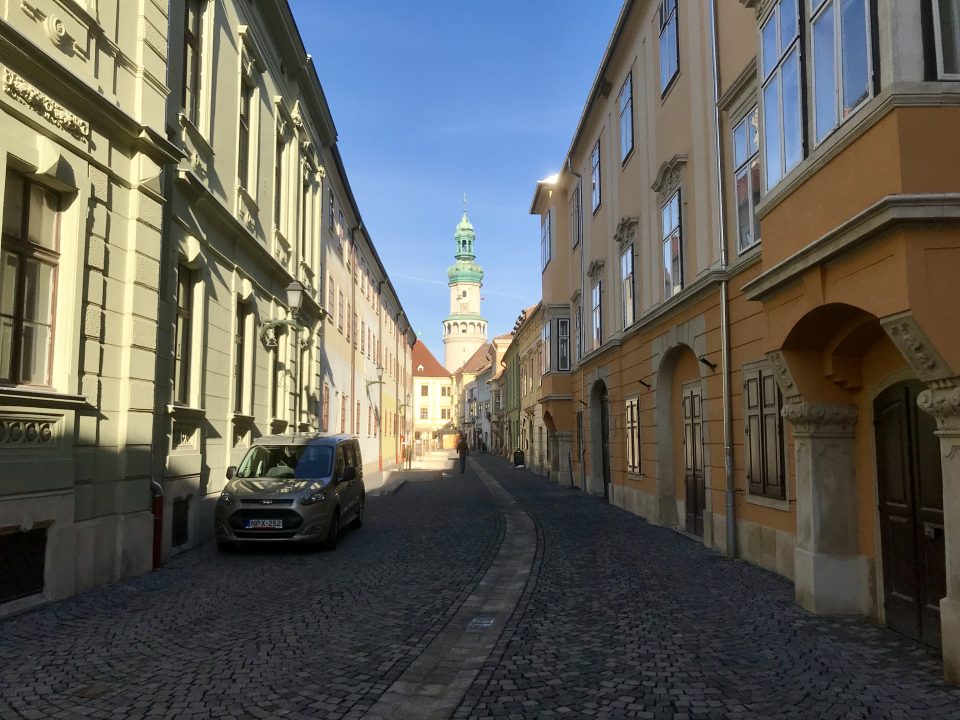 Once we arrived in Sopron we made the short walk to the old town.

The narrow streets were full of character with interesting buildings and cobbled floors. There was also ‘I Amsterdam’ style Sopron lettering.

It was interesting to see that some of the street signs were bilingual in Hungarian and German. If you’re interested, in German Sopron is known as Ödenburg. 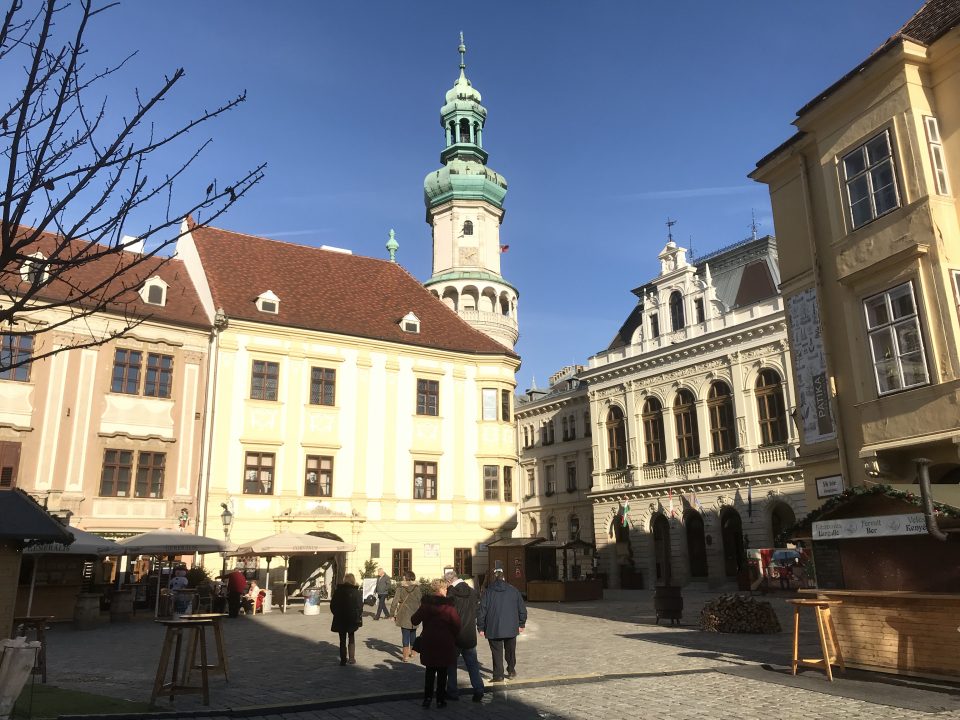 We then reached our destination of Főtér, which is the town’s main square.

The square is surrounded by a number of the city’s most popular attractions. These include the Fire Tower, Town Hall, wine cellars and Nagyboldogasszony-templom.

We then went for a quick liquid refreshment. It was only around £2 a pint. Bargain! 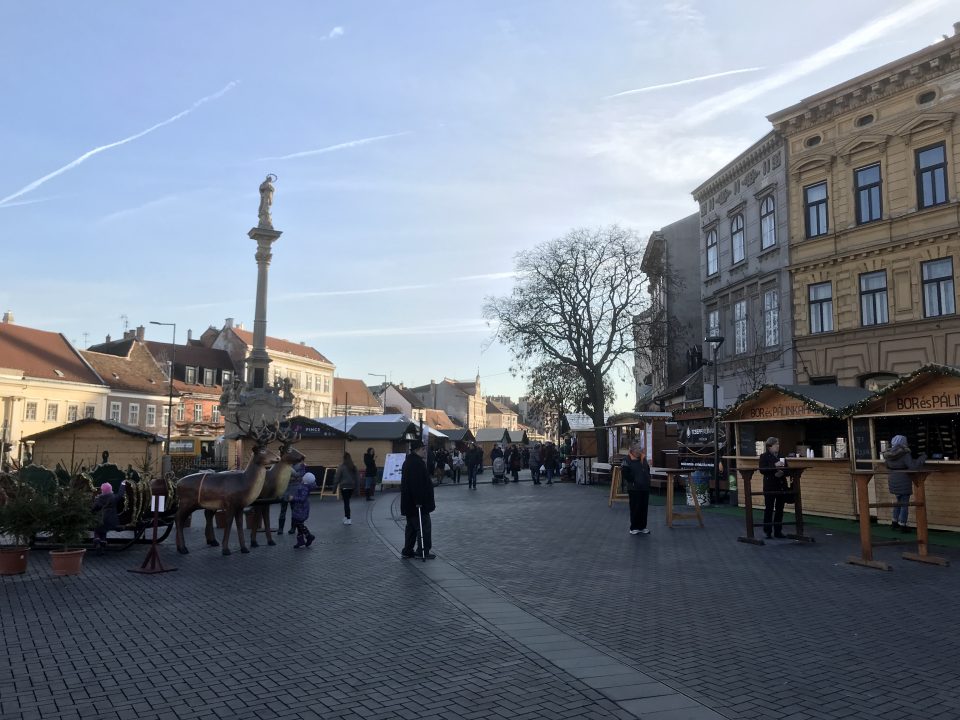 Next up we visited the Christmas market. Compared to other cities we have visited it was quite modest. There were 45 different stalls offering food, drink, decorations and crafts.

It wasn’t commercialised at all and the atmosphere was superb. We thought it was a great Christmas market. 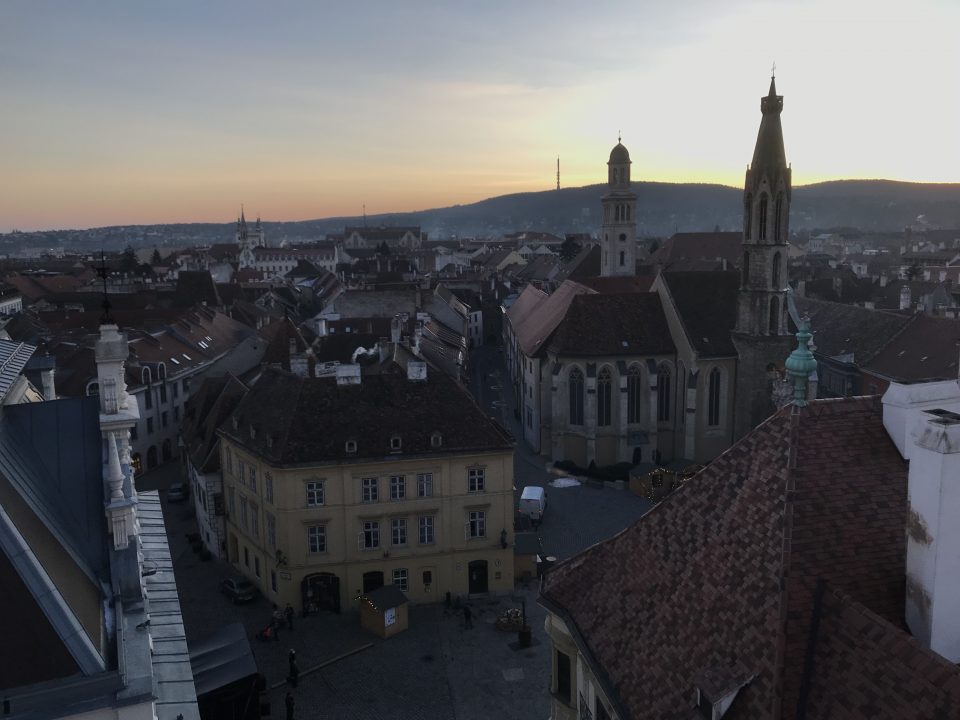 After another beer, which was roughly £1, we headed towards the Sopron Fire Tower.

We learnt that the tower was built on ruins of Roman walls. It is the symbol of the town.

In addition to that vital knowledge, the spire and tower were reconstructed after a fire in 1676. Ironic since the tower previously served as a fire watch tower.

The steps to the top were very steep. Although the view of the town at the top was amazing. 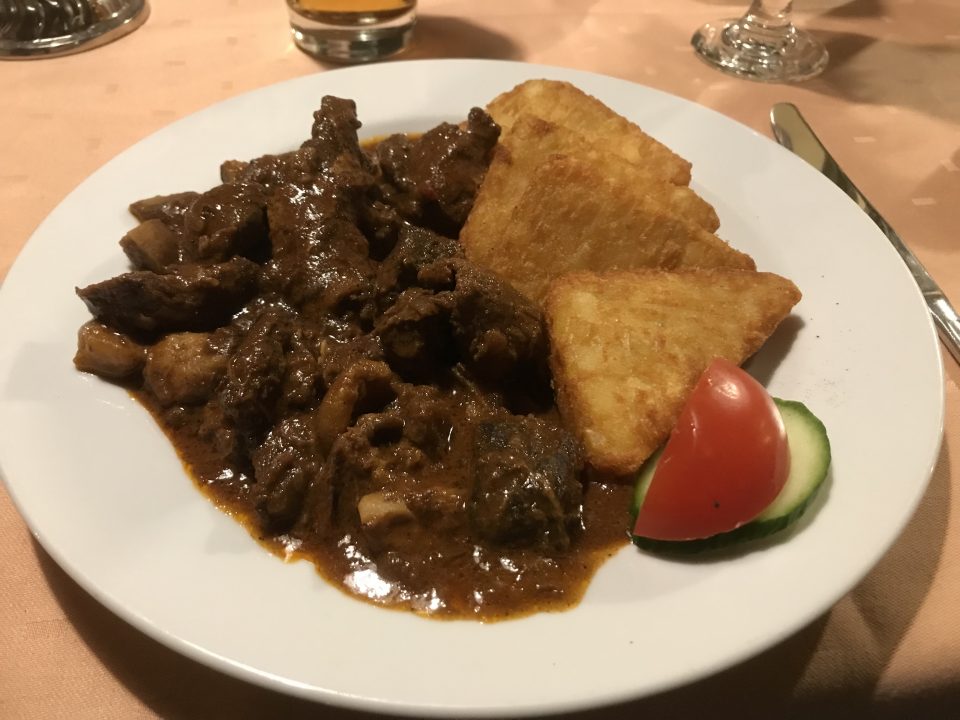 With it getting dark it was time for our evening meal. We decided on Corvinus Restaurant on the main square. I opted for Venison ragu with porcini and hash browns. The food was superb and I would definitely recommend it.

We then made our way back to the train station. All of us agreed that we loved Sopron, it was an awesome day-trip from Vienna.