12 things you should see in Amsterdam

By: ynysforgan_jack
In: Amsterdam, Netherlands, Travel
With: 0 Comments

Amsterdam is absolutely teaming with things to see. There are interesting museums, fascinating historical monuments and amazing bars. Here are just 12 of the things you can see in the city.

We visited Amsterdam for four days and absolutely loved every minute of it. It also gave us plenty of time to do everything you’re about to read on this list. I haven’t included everything we saw because frankly this blog post would resemble a book the size of War and Peace.

What I have included is what we consider the essentials. If your time is limited in the Dutch capital I hope that this list will interest you. 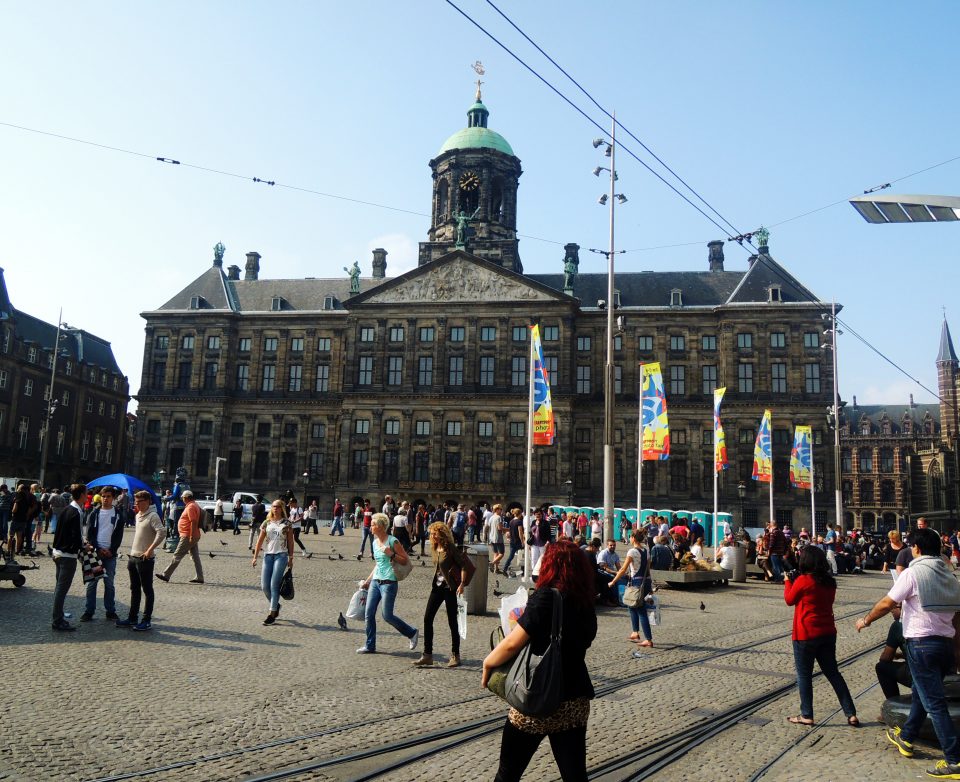 The most central point of Amsterdam, Dam Square’s iconic landmarks include the Royal Palace and Nieuwe Kerk. The National Monument dominates the other side of the square. It was constructed in 1956 to memorialise the victims of World War II. There’s also a Madame Tussaud’s Wax Museum, but we didn’t visit that.

Dam Square seems to be a meeting point for travellers and locals alike. It’s a suitable place to start off your visit to Amsterdam. 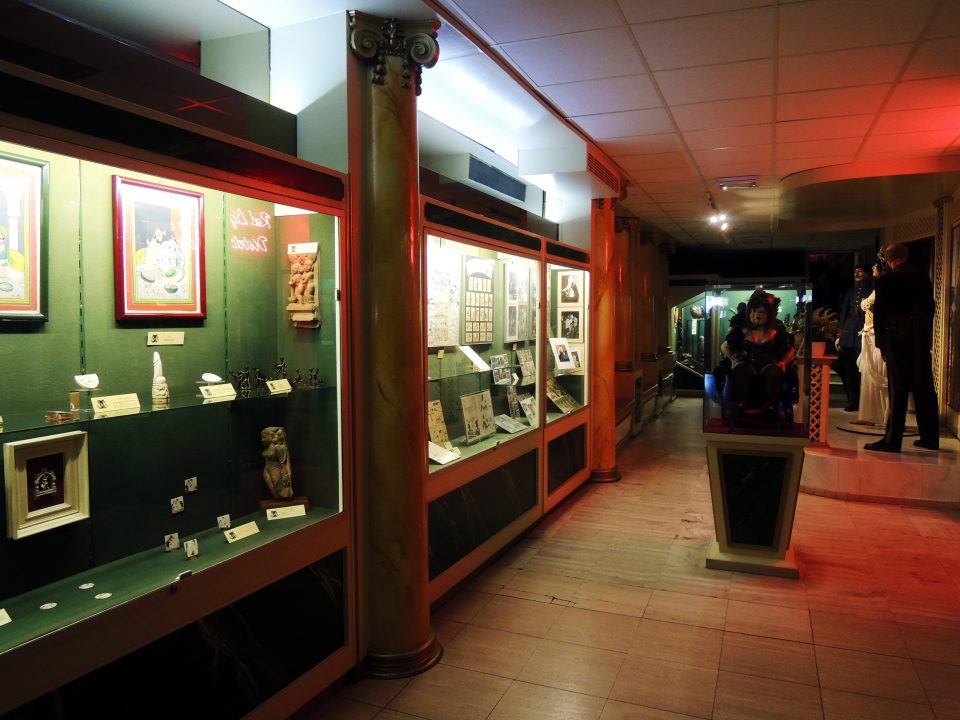 It’s also one of the most visited museums in the Netherlands. In 2015 around 675,000 people walked through its doors. Most of these visitors probably had a good giggle while looking at the exhibits. 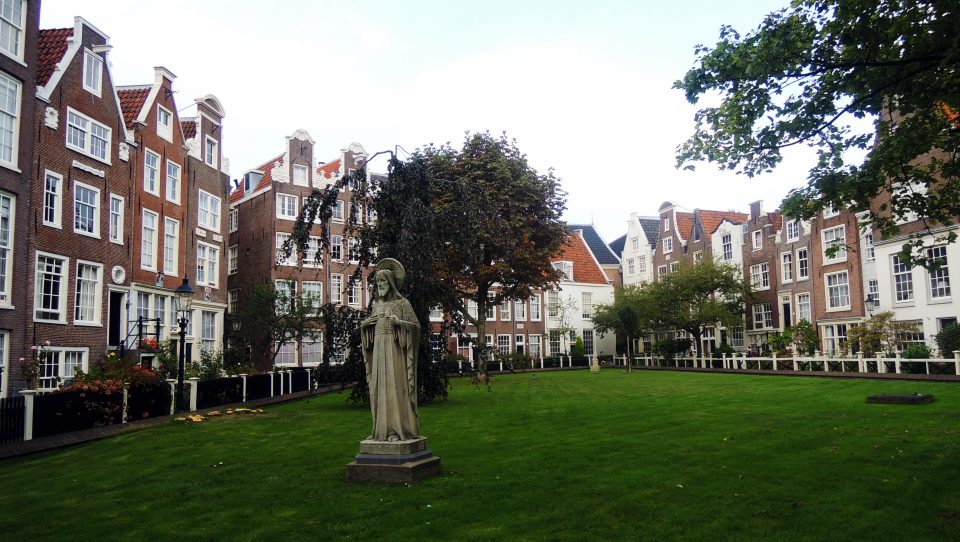 Begijnhof is one of Amsterdam’s hidden treasures. This is a courtyard full of beautiful old houses and a central green. There are also two churches, the Roman Catholic Begijnhof Kapel and the Engelse Kerk.

With Amsterdam being famous for its canals you could be forgiven for thinking that you are in a completely different city. 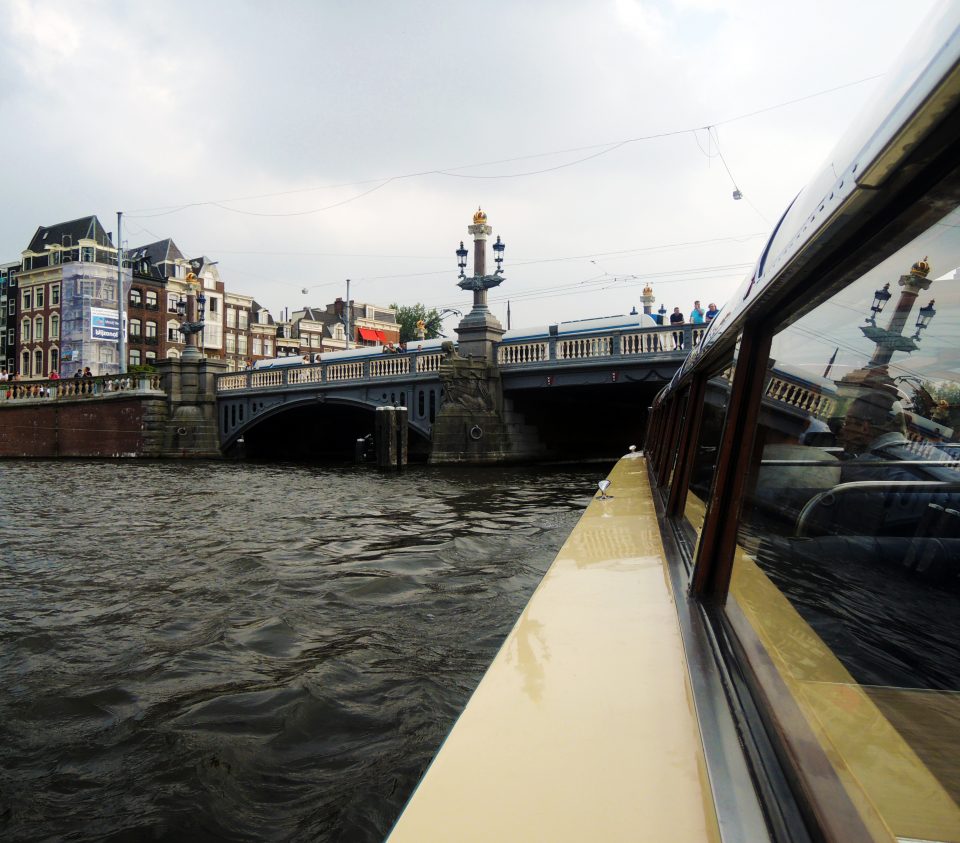 You’ll notice that there are quite a few companies offering boat trips on most of Amsterdam’s canals.

Some vessels even allow you to bring your own refreshments. It’s nice to see Amsterdam’s narrow houses and low bridges whilst sipping on a cold Amstel beer. 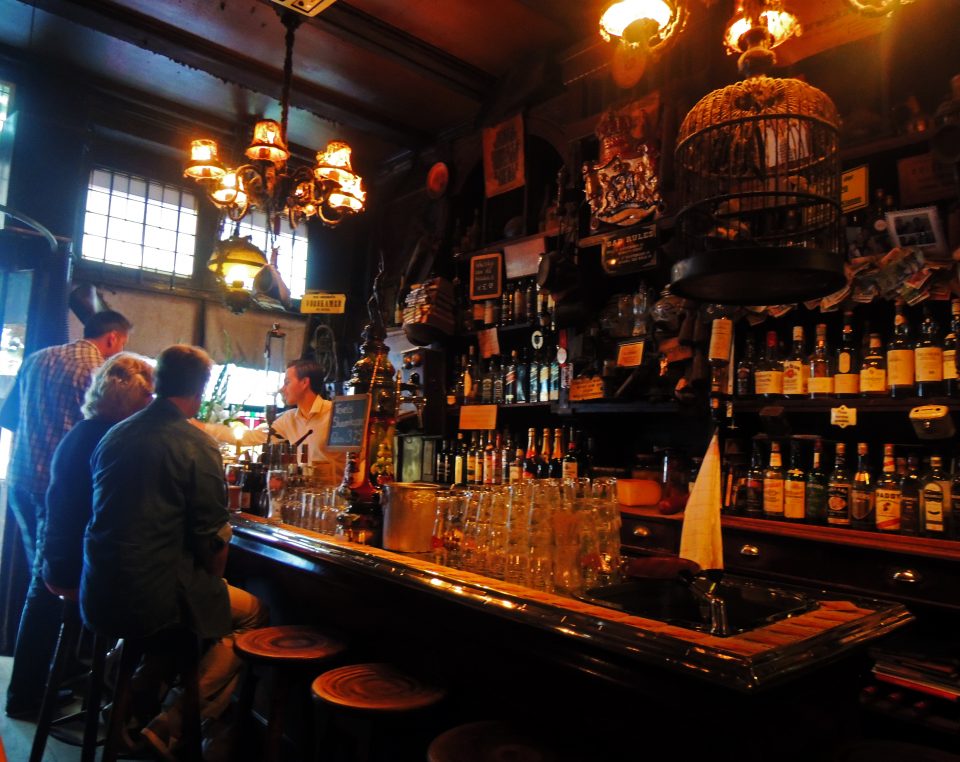 Not to be confused with ‘coffee shops’, Brown cafes are another of Amsterdam’s institutions. These bars have earned the nickname through years of cigarette smoke staining the ceilings and walls. They are an excellent place to enjoy a beer and have random conversations with other humans. Mostly because they have no WiFi!

Our favourite brown cafes were named ‘t Smalle and ‘t Doktertje. In t’ Smalle a random Dutch lady decided to sing Happy Birthday to my wife! 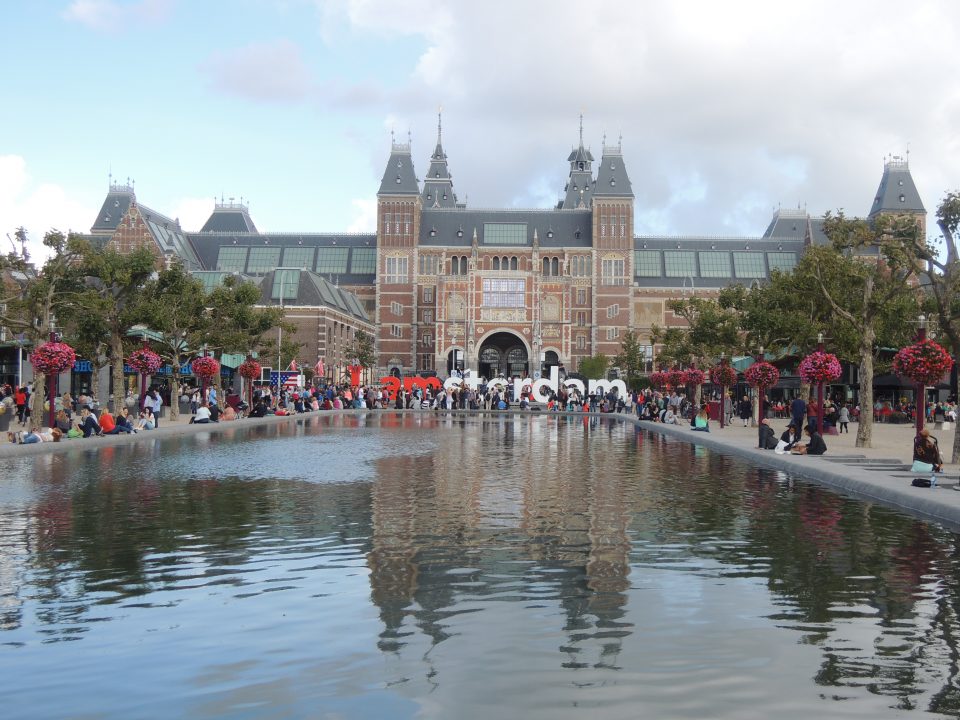 Rijksmuseum is simply phenomenal. I enjoyed it as much as the Louvre in Paris and the Prado in Madrid. With over 8,000 objects of art on display make sure you take time to appreciate Rembrandt’s The Night Watch. There are also works from Frans Hals and Johannes Vermeer too.

Just behind the Rijksmuseum is Museumplein which is home to the Van Gogh Museum, Stedelijk Museum, Concertgebouw and the famous I Amsterdam sign. Make sure you get the obligatory photo in between these letters. 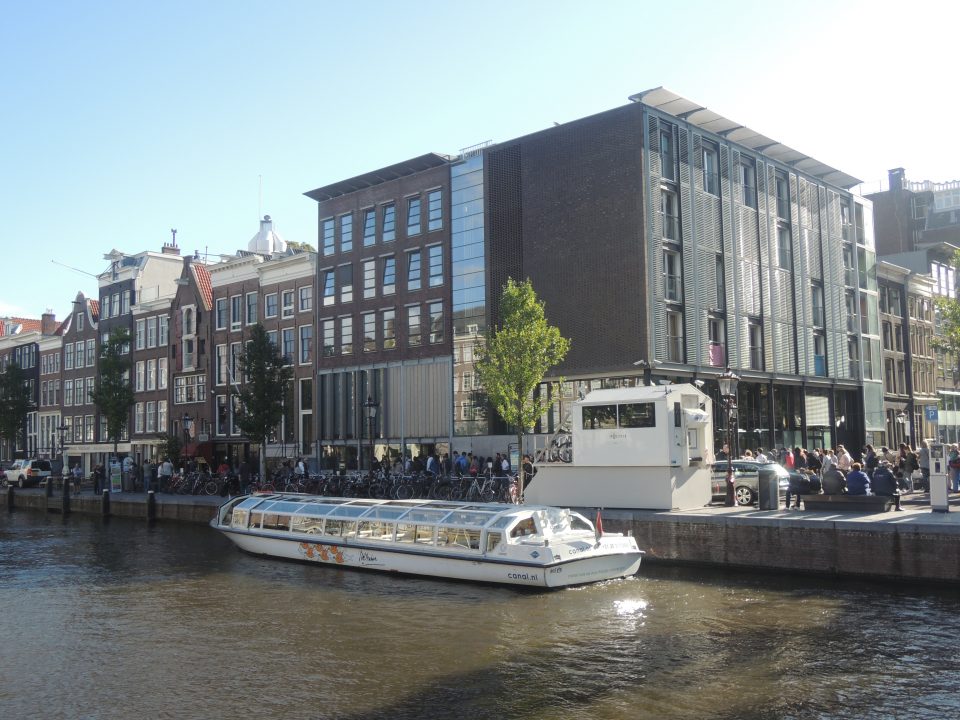 This museum tells the story of Jewish wartime diarist Anne Frank. During World War II, Anne and her family hid in a room here to avoid Nazi persecution. Sadly Anne did not survive the war but her diary was published in 1947. The museum preserves the hiding place and house.

Anne Frank House is one of Amsterdam’s busiest museums. To avoid big queues make sure you buy your tickets in advance. 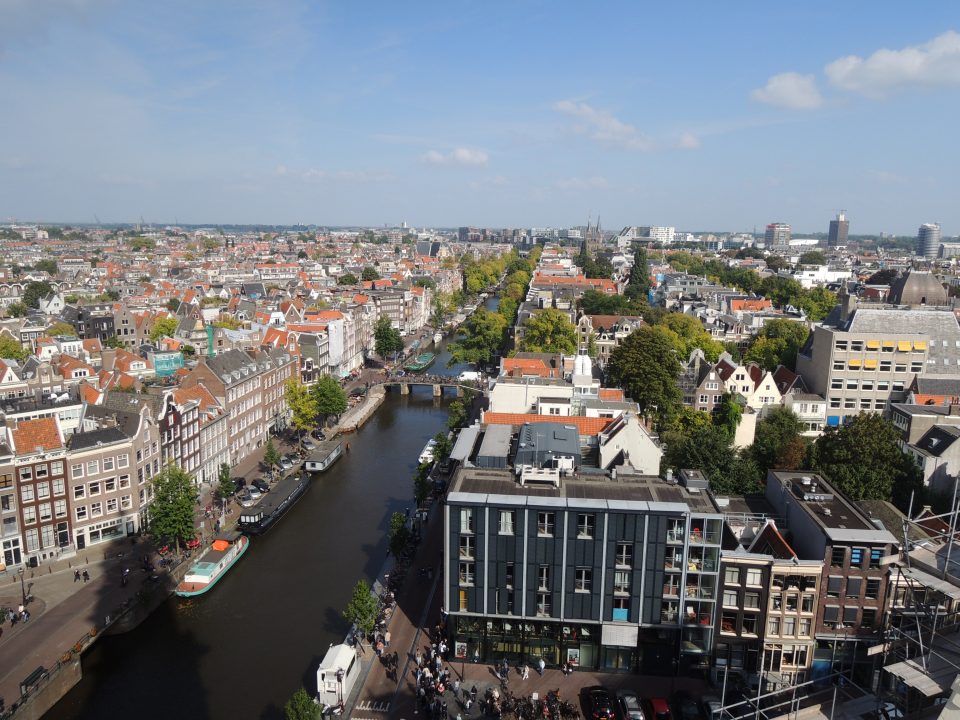 Westerkerk is of Renaissance style and was built between 1620 and 1631. If you saw Rembrandt’s The Night Watch in the Rijksmuseum then you’d be interested to know that the artist is actually buried under a tombstone here. The only snag is that the exact location of the grave is unknown.

If you want superb views of Amsterdam scale to the top of the tower. It’s 286 feet high, making it the highest church tower in Amsterdam. 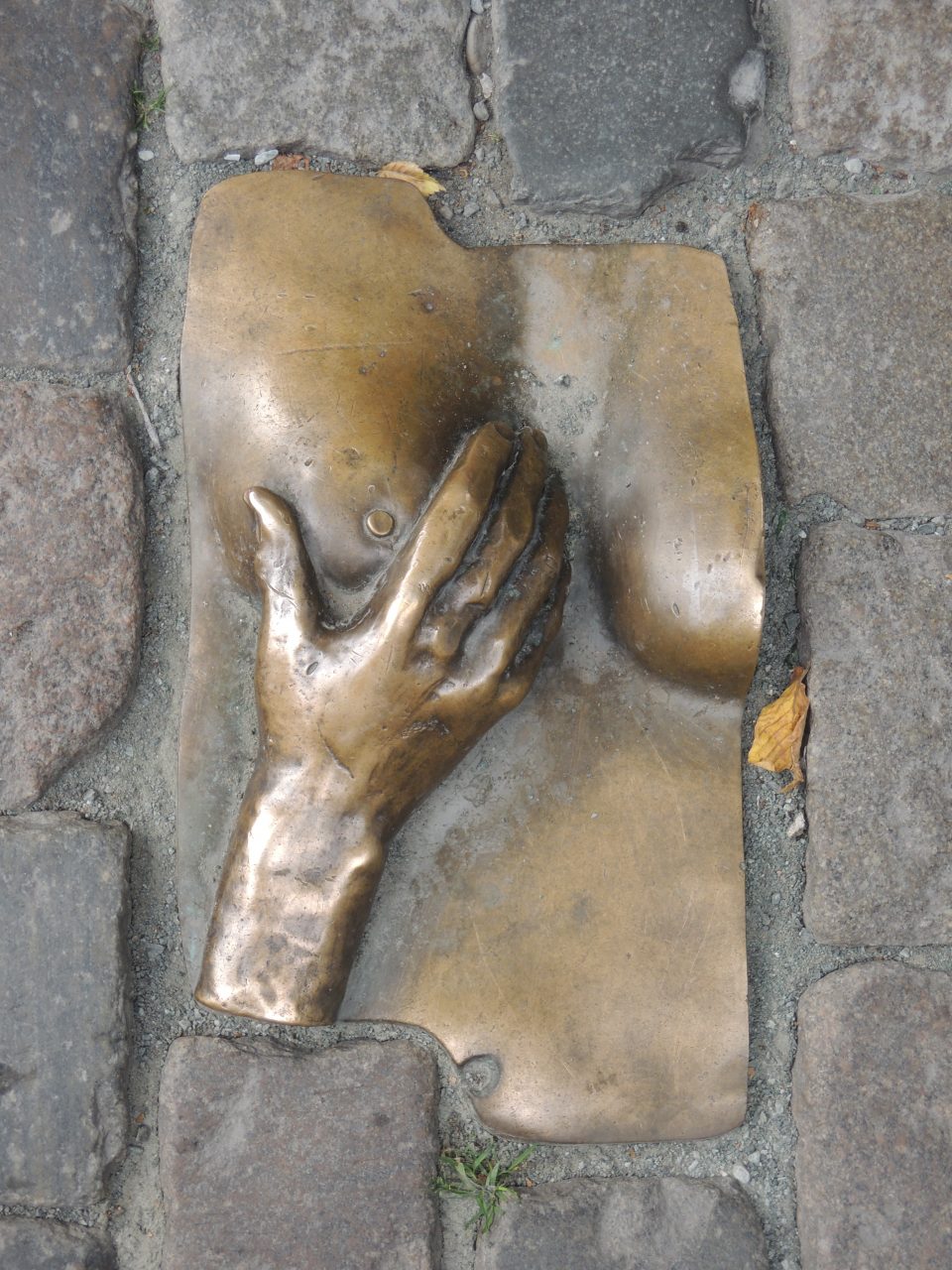 De Wallen is better known as Amsterdam’s Red Light District. It has a series of small alleys with rooms occupied by prostitutes offering ‘special services’ from behind their windows. All illuminated by red lights.

However, there are a number of regular tourist attractions to see in De Wallen too. This includes the 800-year-old Oude Kirk, Amsterdam’s oldest building. 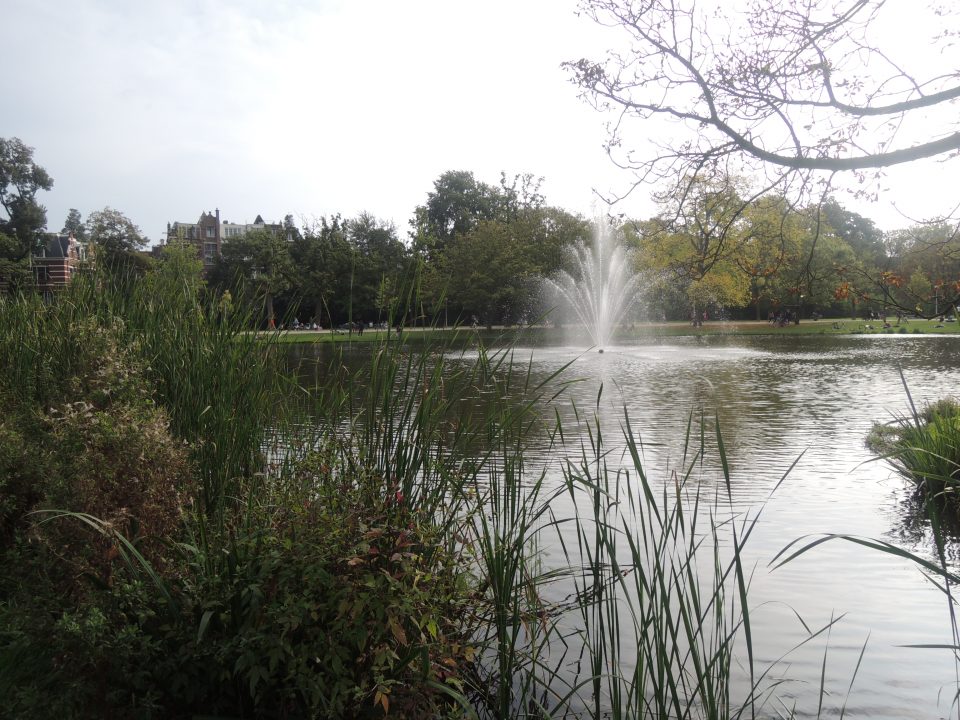 An ideal place to escape the hustle and bustle of Amsterdam is Vondelpark. This urban park has plenty of green space, a lake, open-air theatre and a few restaurants.

Vondelpark is a relaxing place to sit down with some food and wine and just watch the world go by. 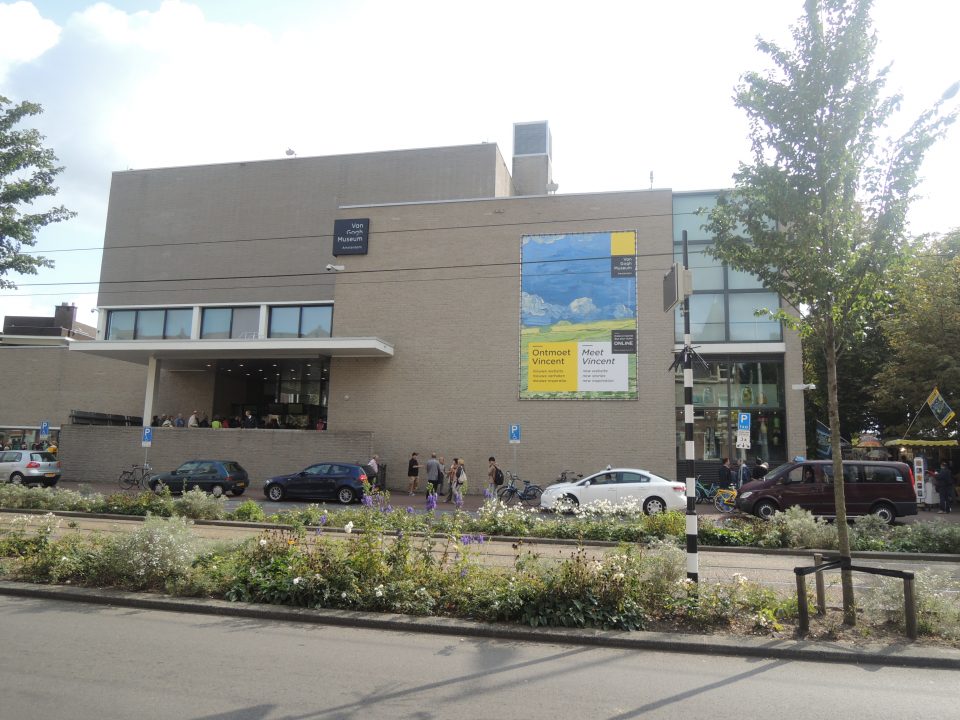 The Van Gogh Museum is unsurprisingly dedicated to the works of Vincent van Gogh and some of his contemporaries. It has the largest collection of Van Gogh’s paintings and drawings in the world.

By visiting you’ll get the chance to appreciate masterpieces such as Sunflowers, The Potato Eaters and Almond Blossom too.

Half day trip to Zaanse Schans 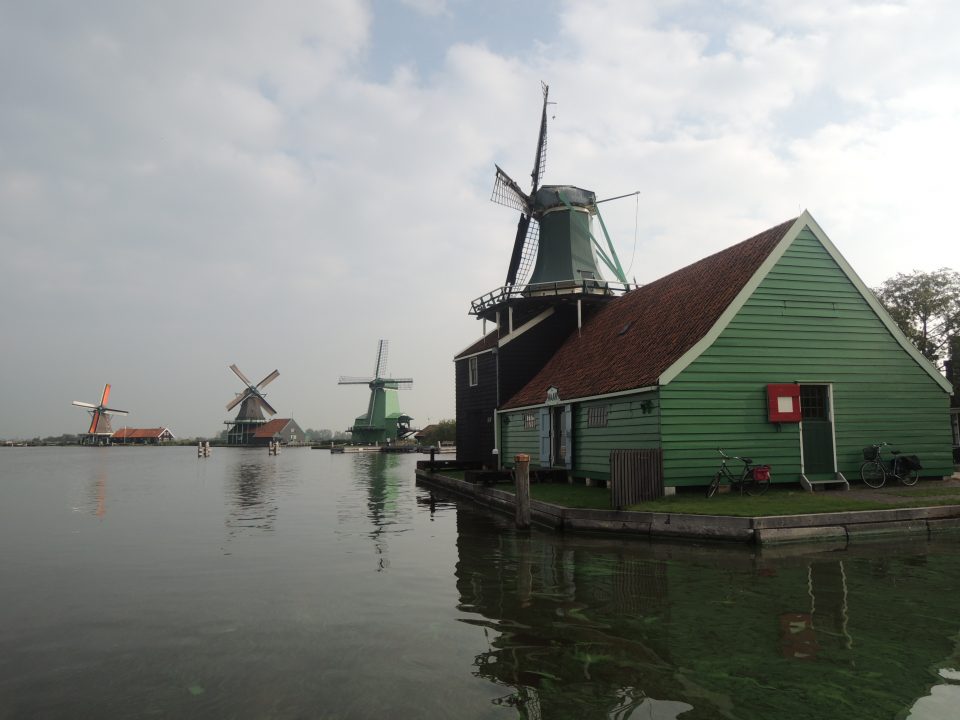 If you have some extra time in Amsterdam take a trip by train to Zaanse Schans. This little village boasts historic windmills and colourful houses next to a river.

There are seven museums to see here in total including the Cooperage, the Jisper House and Bakery Museum.

Amsterdam truly is a tremendous city with some amazing things to see. If you are heading to the city you will no doubt have such a brilliant time.

2017-11-11
Previous Post: Exploring the cities of Budva and Kotor in Montenegro
Next Post: Visiting Striezelmarkt and Dresden’s Christmas Markets