We had another fantastic day in Bilbao. This time seeing Azkuna Zentroa, Dona Casilda Park and Mercado de la Ribera. As well as a tour of Athletic Club’s San Mames Stadium.

We had a great day in Bilbao yesterday for my birthday where we saw Casco Viejo, rode the Artxanda Funicular and appreciated the Guggenheim Museum’s outdoor displays.

But despite the rain that was forecast today, we were keen to see even more of Bilbao. 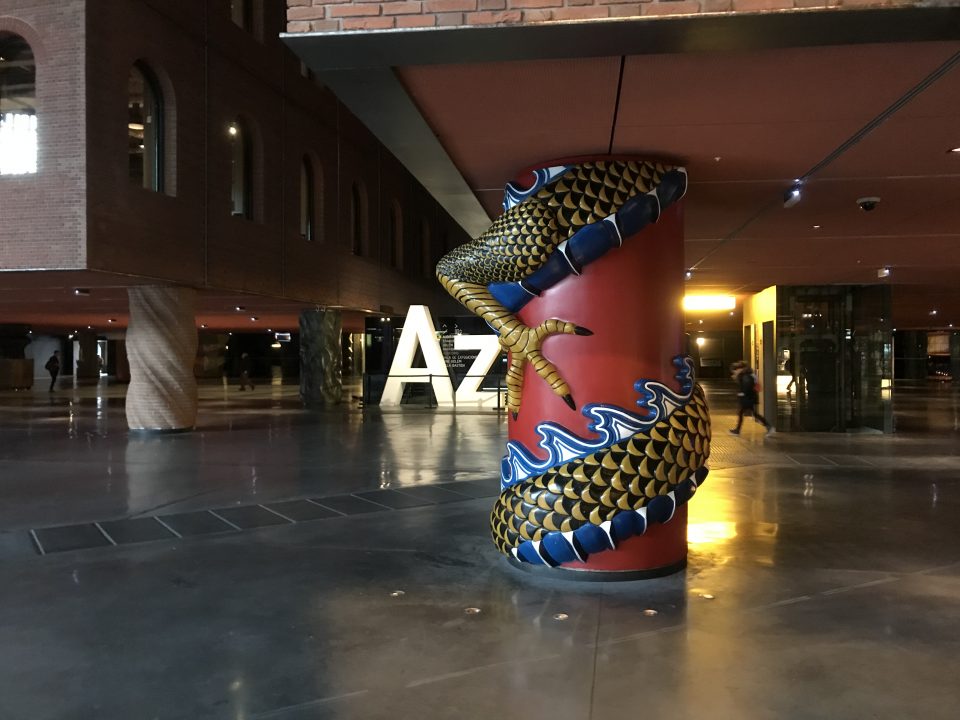 After a quick breakfast of a Jamón sandwich, pain au chocolat and a coffee we made our way to Azkuna Zentroa. This is a cultural centre with small shops, art space, restaurants and a library.

At one point in its history it was a wine warehouse before it was transformed in 2010. One of the unique features are the 43 pillars that support the structure. Each one is of a different design. 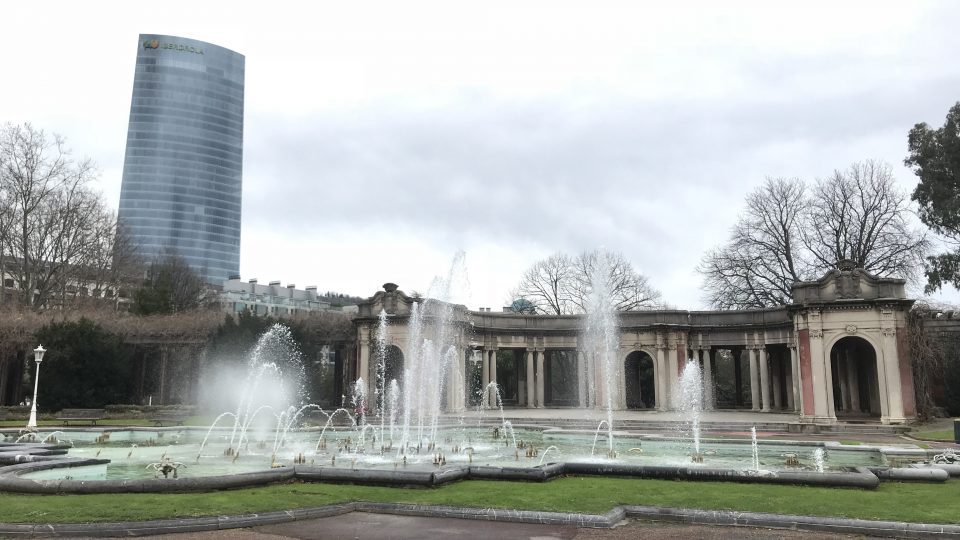 We then made our way to Dona Casilda Park. It was nice rest from the city with its green space, fountains, flower gardens, central square, pond and plenty of outdoor seating.

Similar to most parks it was really popular with local humans, ducks, geese, pigeons and canines. Strange that!

The father-in-law even picked up an orange that had dropped from a tree. 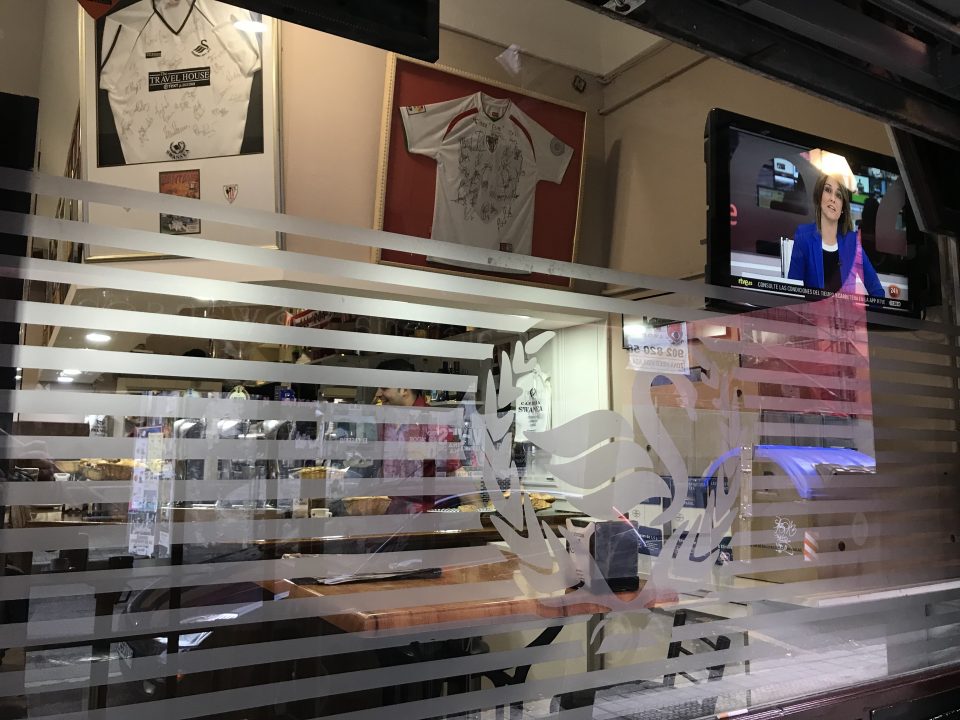 Being big football and Swansea City fans we then made our way to Cafeteria Swansea. Apparently this premises was named after Swansea when the owner became friendly with some Swans fans a few years ago.

There is a signed Swans shirt on display as well as the badge on the windows, cups and napkins. We had to have a beer here, obviously! 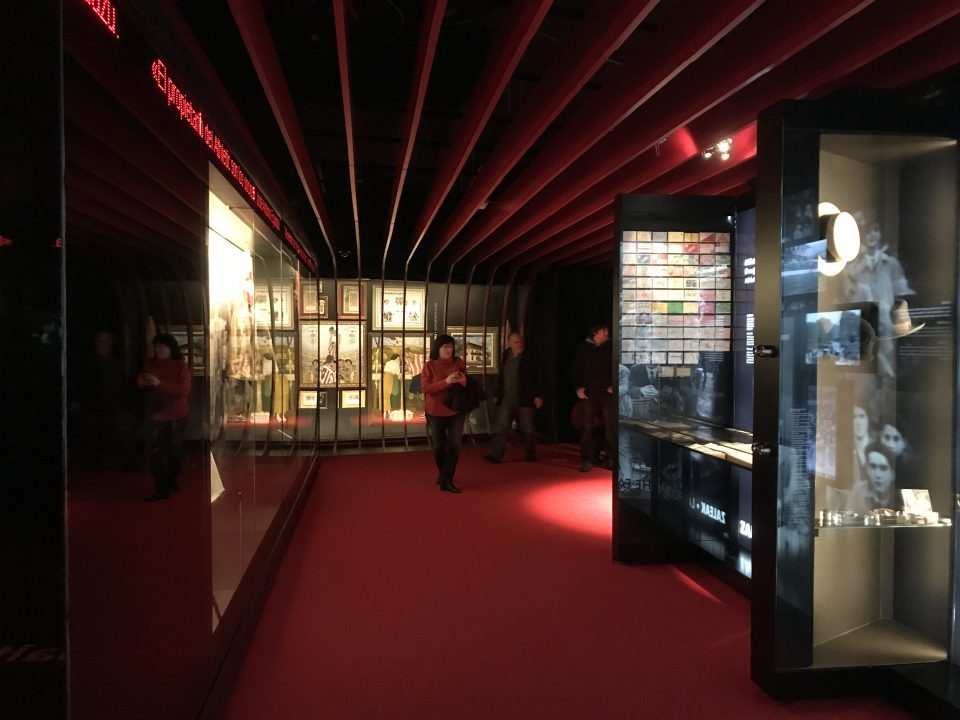 Across the road from Cafeteria Swansea is San Mames Stadium, home of Athletic Club Bilbao.

We took a tour of this world famous stadium which started at the museum. Through interactive displays, videos and trophies, the museum tells the story of Athletic Club and its links to the city and Basque Country. 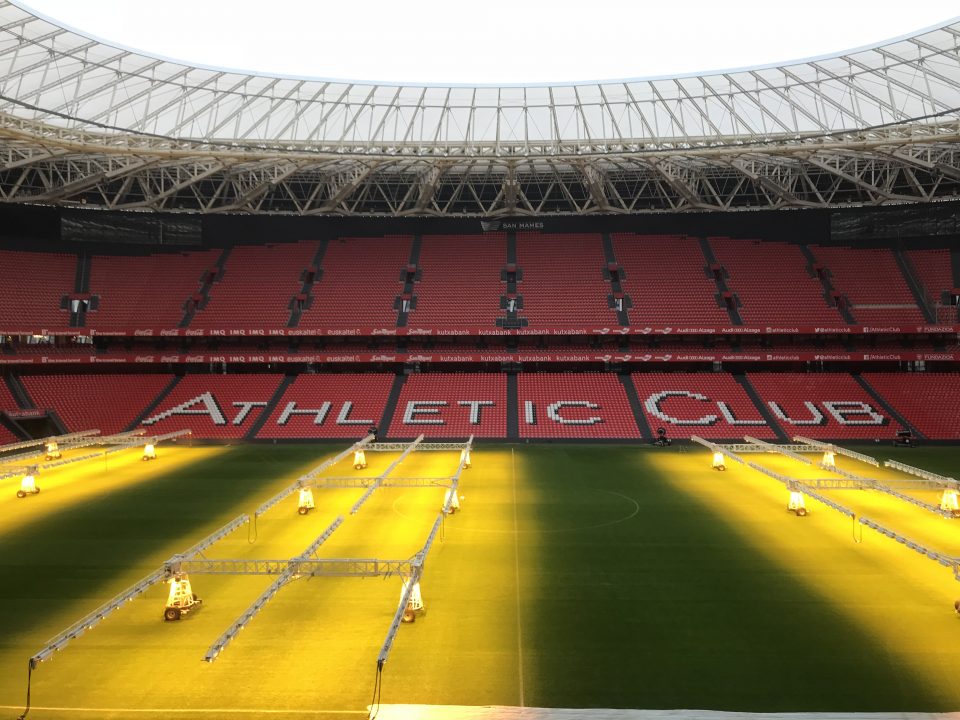 After finishing browsing the museum we then joined the English speaking Athletic Club Stadium Tour.

Our tour guide was great and told us all about the history of Athletic Club and the old and new stadiums. It was well worth the €14 entry. 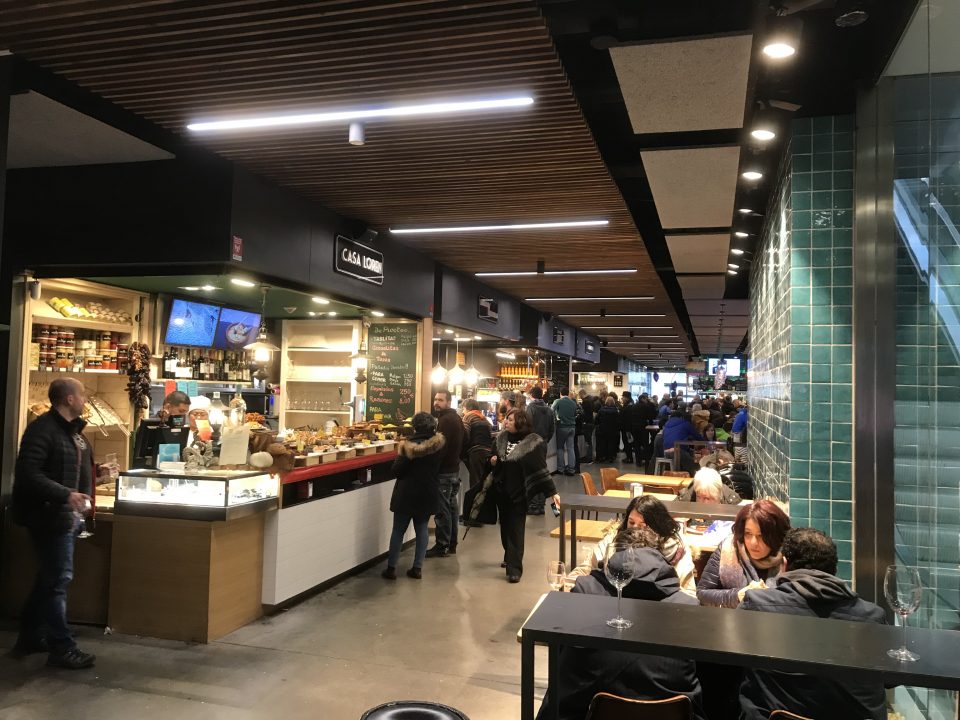 It was then onto the metro to get to our next destination. Although the wife nearly got stuck at the station as her ticket failed. Fair play to a local lady who helped her get some assistance on the phone.

Once she was set free we walked from Casco Viejo Station to Mercado de la Ribera through the old town.

This market has two floors. The first floor is a food hall with a variety of bars serving delicious looking pintxos and wines. We couldn’t resist in endulging in some of the hams and a wine!

The second floor is an actual food market selling fresh produce such as meat, fish, fruit and vegetables. 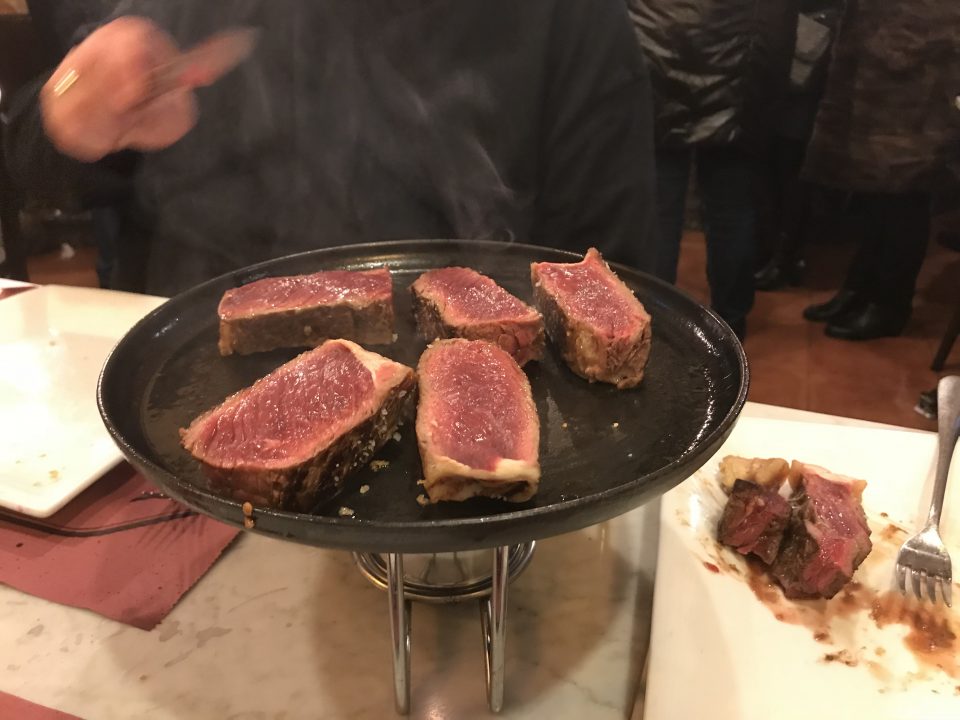 After watching a few La Liga football matches in a bar we then went to Taberna Danenak for our evening meal.

We opted for a T-bone steak which we could cook to our liking on a mini stove. It was accompanied by potatoes, salads, peppers and a red wine.

It was a great way to end our time in Bilbao. We have half a day left before flying home tomorrow, just enough time to enjoy one last look around.

2018-01-04
Previous Post: Spending my birthday in Bilbao to see Casco Viejo, Artxanda Funicular and the Guggenheim Museum
Next Post: 10 awesome things you should see and do in Toulouse