Spending my birthday in Bilbao to see Casco Viejo, Artxanda Funicular and the Guggenheim Museum

We had a great day in Bilbao as we explored Casco Viejo, rode the Artxanda Funicular and saw the impressive Guggenheim Museum.

Unlike yesterday’s arrival in Bilbao, the rain held off as we set out to explore some of the city. We were hoping for an especially good day as it was also my birthday. 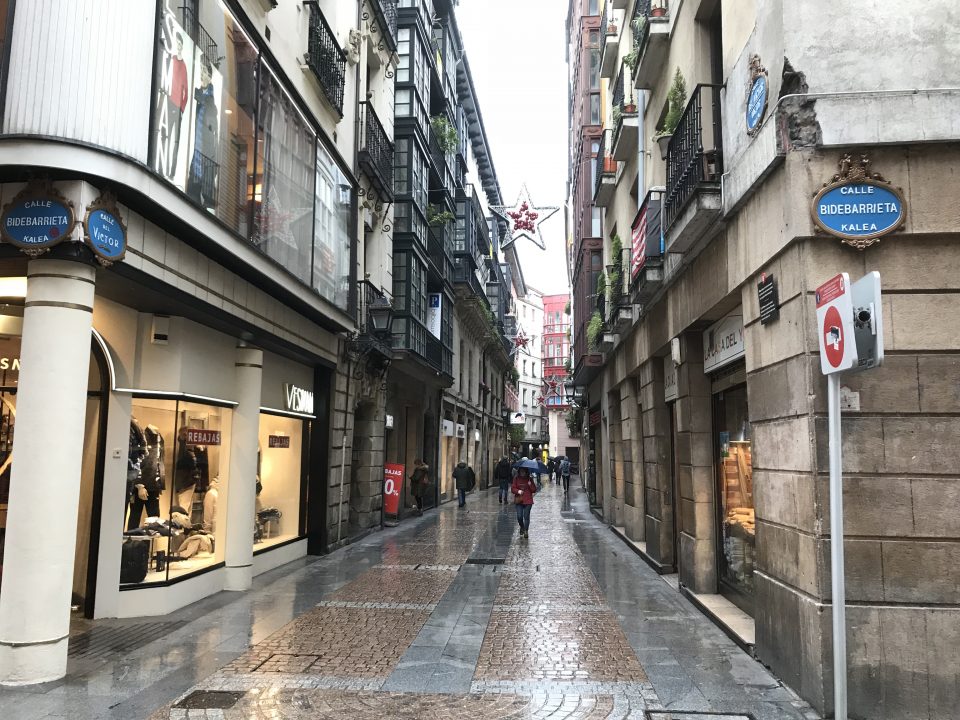 After a breakfast and a coffee we made our way to Casco Viejo. This is the old town of Bilbao and its seven narrow streets are home to interesting little shops, bars and cafes.

Casco Viejo was once contained within city walls before they were demolished at the end of the 19th century.

We were disappointed though as some light rain started falling. But we took cover by looking in some of the shops, including the Athletic Club Bilbao club shop.

It was interesting that Christmas decorations were still on display in the streets, despite it being January. 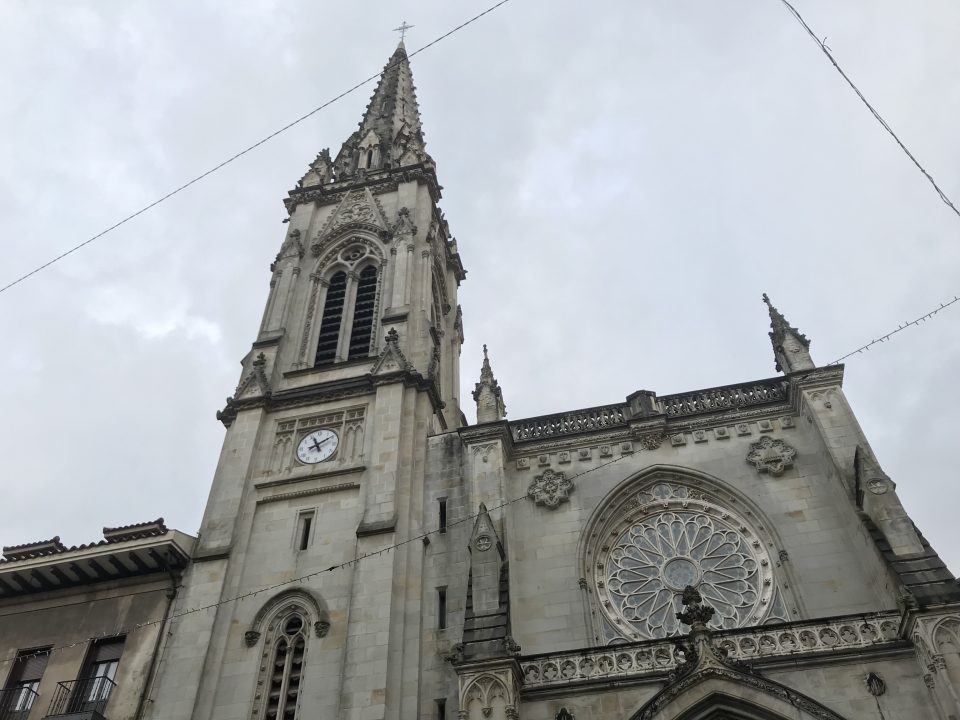 In the centre of Casco Viejo is the impressive Santiago Cathedral. It was built during the 14th century in Gothic style.

The cathedral looks really imposing over the plaza in front of it. Despite the cathedral being so huge, it’s weird that you can’t see it from any of the nearby streets. 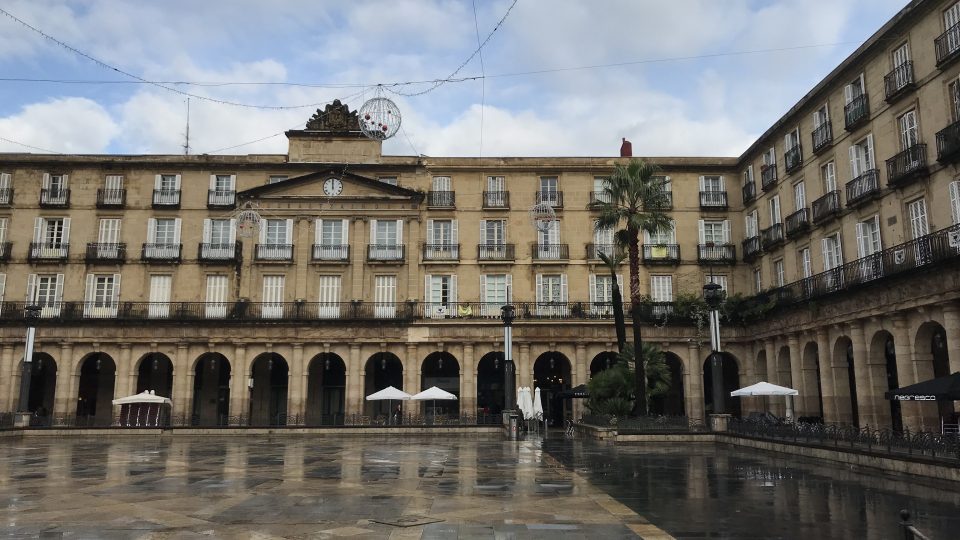 After a cup of tea in a cafe where a beggar had a prolonged dispute with a disabled man, we arrived at Plaza Nueva.

The square is of neoclassical design and there were a nice choice of bars and cafes for us.

In fact we popped into Cafe Bar Bilbao, which is perhaps the most famous cafe at Plaza Nueva. The inside is beautifully adorned with blue tiles and the pintxos are delicious too.

We then walked along the river which took us past a variety of public art, sculptures and Bilbao’s impressive baroque city hall.

There seemed to be a vehicle based protest taking place on the road outside the city hall. A convoy of cars were driving past while their furious passengers honked air horns out of the windows.

It was a nice walk along the river to Santiago Calatrava’s Zubizuri bridge. The fresh air certainly helped to clear certain people’s hangovers! 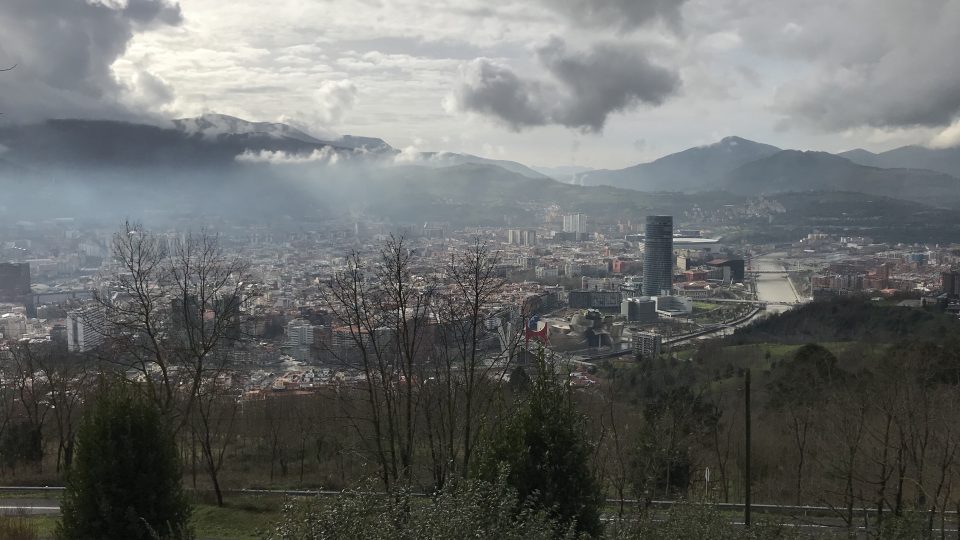 Our next destination was only a short walk from the river, the Artxanda Funicular.

For only €3.25 the train took us up to a viewing platform on Artxanda Mountain.

The panoramic views of Bilbao were amazing from here despite it being a bit hazy. We could see all the city and the surrounding mountains.

It looked like there was a small amount of snow on top of the mountain opposite. 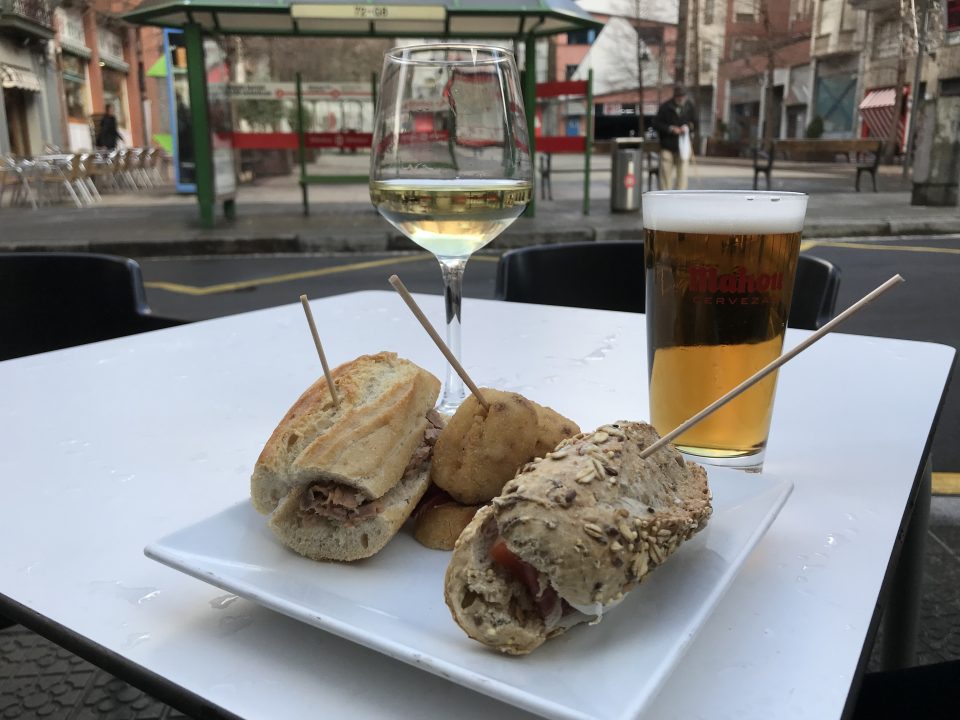 After getting back down to lower ground we stopped for a pintxos lunch in a bar called Laidatxu. I opted for a goats cheese and Iberian ham sandwich and a croquet. It was nicely washed down with a cold beer.

This was a good spot for people watching or more accurately, dog watching. An irritable aging pooch at a nearby table, clearly thriving on the sound of his own bark, took pleasure in  attacking other members of his species. No Pedigree Chum for him! 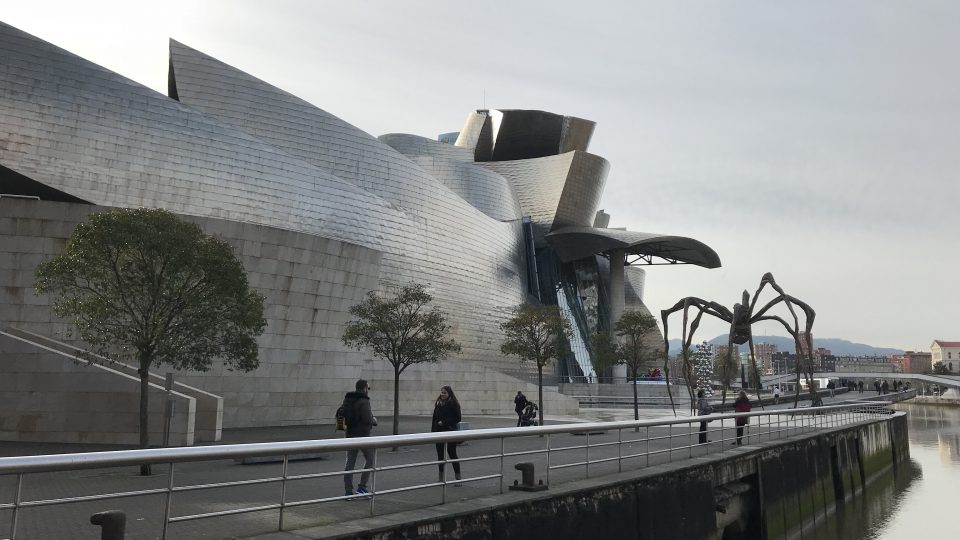 We then walked back along the river and towards the famous Guggenheim Museum.

This Guggenheim contains a large collection of modern art and is Bilbao’s main tourist attraction. We visited the inside of the museum on a previous visit, so we didn’t venture inside this time. To be honest, contemporary art isn’t my thing anyway.

But we really liked the outdoor displays, especially the ‘Bilbao Puppy’ and ‘Mamam’, a giant sculpture of a spider.

The mother-in-law must have really been impressed with the spider as she bought a model of it from a street vendor. 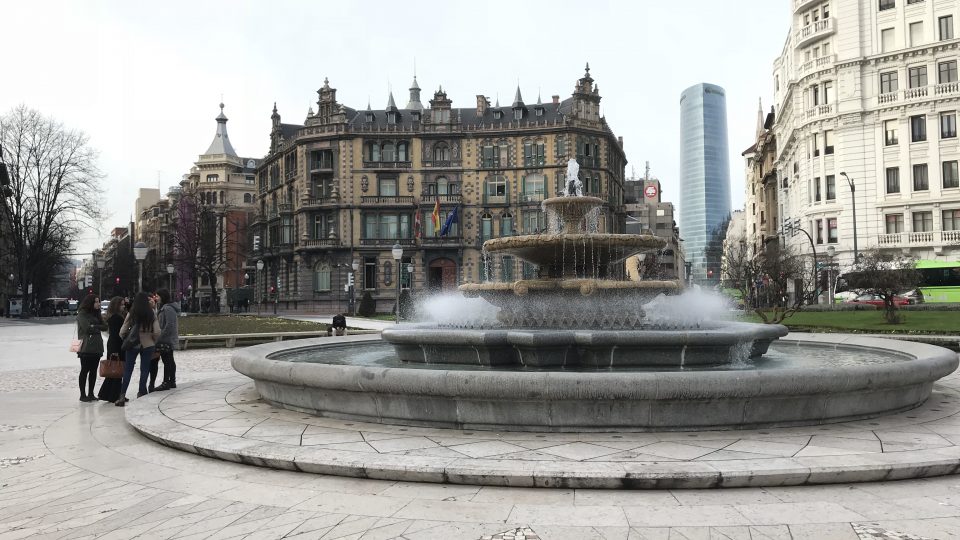 With the afternoon drawing to a close we started our walk back towards the hotel. But first we stopped off at Plaza Moyua.

This large square was built in 1876 in the new city of Bilbao. From it run eight of Bilbao’s main streets. In the centre is a central fountain and flower gardens. It is named in honour of a former mayor of the city, Federico Moyúa. 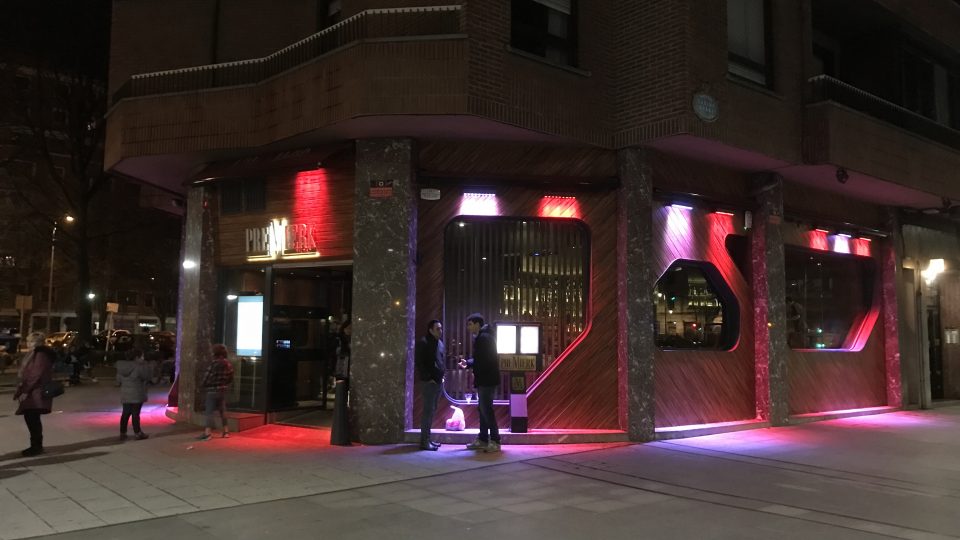 After a red wine in the bar opposite the hotel, where the senior members of our group randomly started singing “Teddy Bear’s Picnic” it was time for our evening meal. We decided on Premierk Restaurant Bilbao.

I decided on a gourmet burger with blue cheese, lettuce and tomato. It was superb!

I had a great birthday in Bilbao and look forward to another day in this great city tomorrow.