By: ynysforgan_jack
In: Bristol, Travel, United Kingdom
With: 1 Comment

Before flying out to Portugal we decided to take a look around the city of Bristol.

I’ve never really visited the city properly. Even though I’ve flown from Bristol many times and watched Swansea City (normally lose) against both Rovers and City there.

Of course I’ve seen the major attractions such as Bristol Zoo and the Clifton Suspension Bridge. But it was the harbour and some of the city that we wanted to see.

We set off on an early train and somehow survived being surrounded by a hen party on the journey. Most of whom seemed to emit maniacal and quite sinister laughter. This wouldn’t be our last encounter with a hen-do of the day.

After dropping our bags off at Mercure Bristol and enjoying a complimentary welcome drink, we went off to explore. 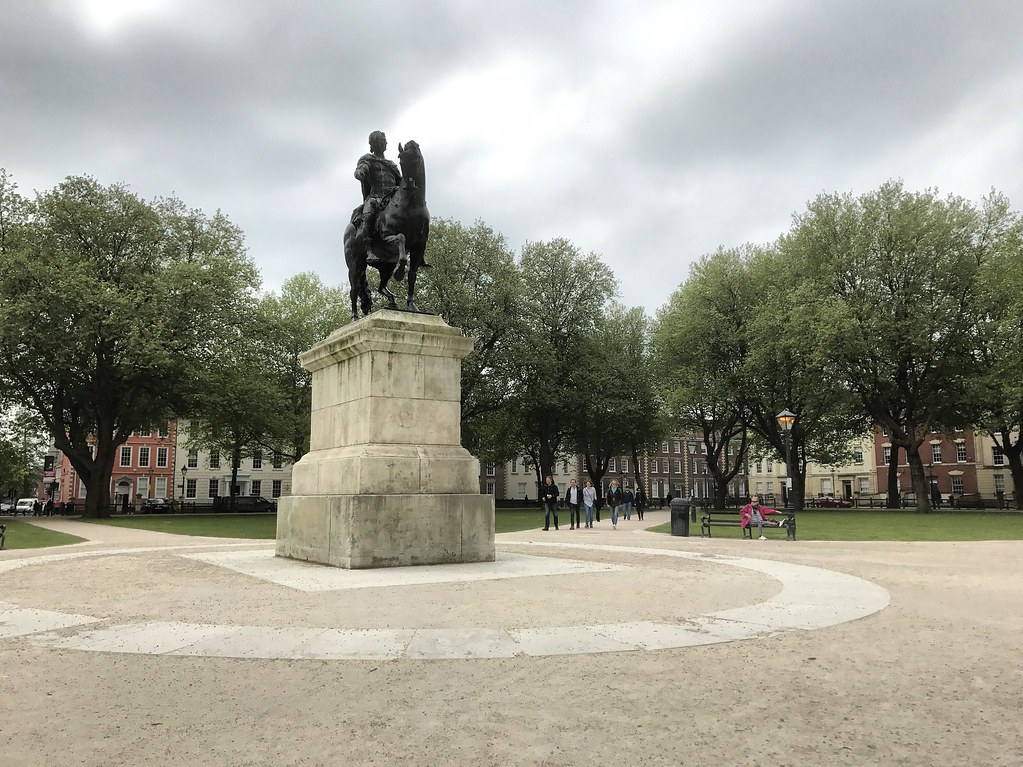 Just a short walk from our hotel we arrived at Queens Square. This green space is surrounded by Georgian Housing. But we noticed that most of these now seem to be used as offices.

In the centre is a statue of William III and a few members of the Bristol wildbunch. They seemed to be quite happy quaffing their super strength lager in these surroundings.

Bristol M Shed was next on our agenda. This museum is free to enter and tells the story of Bristol’s transport, people, and culture.

Out of all the displays my wife was quite taken with the double decker bus. Cue the obligatory photo of her from its upper floor. 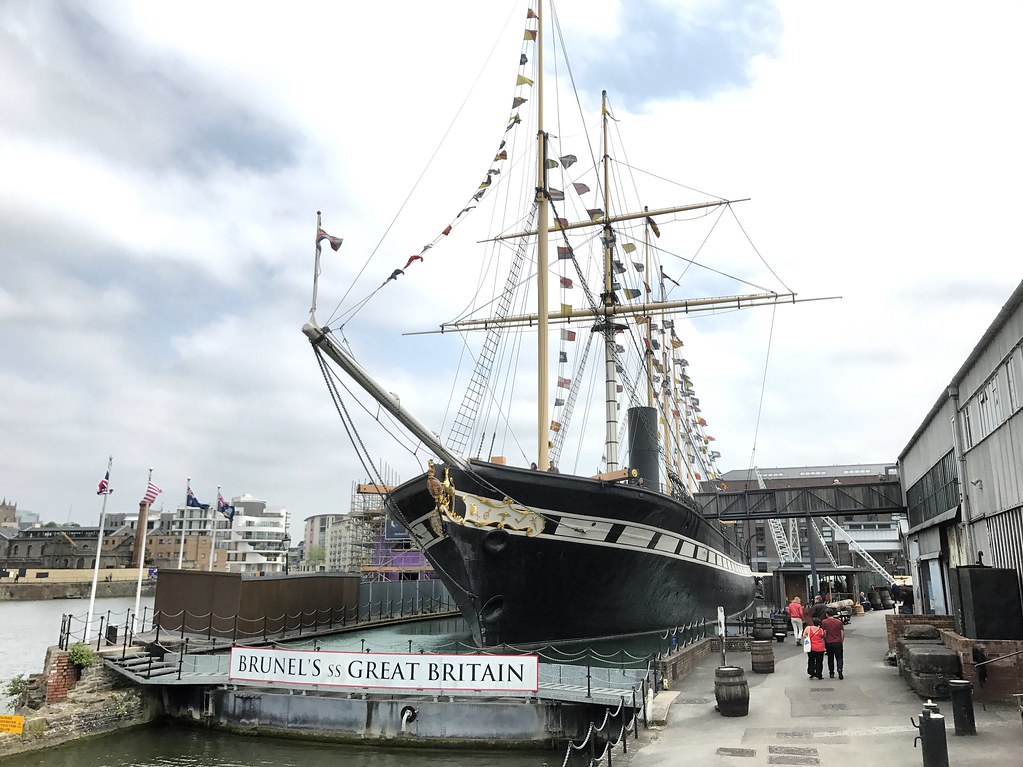 I have little memories of last visiting the SS Great Britain as a 10 ½ year old (I definitely would’ve emphasised ½ at that age). So 24 years later I decided to make my return to Brunel’s great ship.

After parting with £28 we boarded what was once the longest passenger ship in the world.

To be fair it was well worth the admission to explore the museum, dry dock, ship and lower decks. It was staggering to see the difference between first and standard class. You could imagine what it would’ve been like at sea on this vessel!

Who ate all the pies? 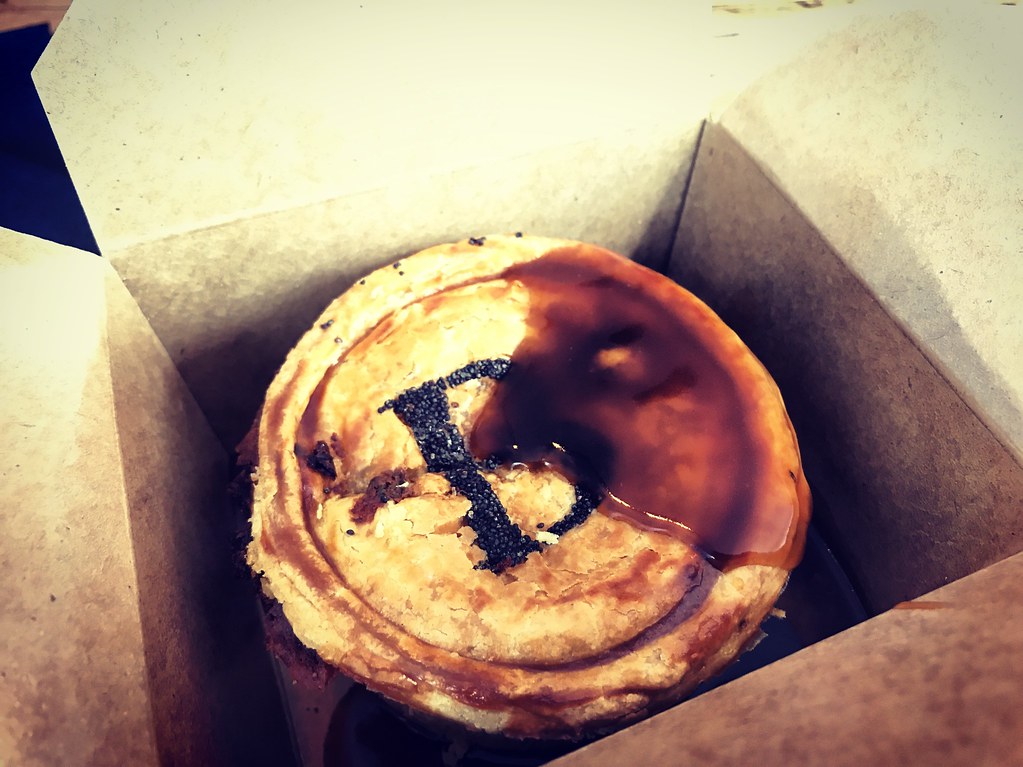 Retracing our steps through Bristol’s harbour we found Gaol Ferry Steps. There was a series of portacabins here with interesting food outlets in each of them.

Being a man of quite stoutly proportions I just had to try the beef, ale and blue cheese pie in Lovett Pies. It was simply wondrous!

I don’t need an excuse for a pint either. I’d normally have one to celebrate the opening of a lift! But after all our walking i’d worked up quite the appetite for a swill. So we stopped for one in Pitcher and Piano on the waterfront.

We couldn’t help but notice the amount of stag and hen parties in the vicinity. I did feel sorry for the poor fellow in a full horse costume. A logistical nightmare I’d imagine. 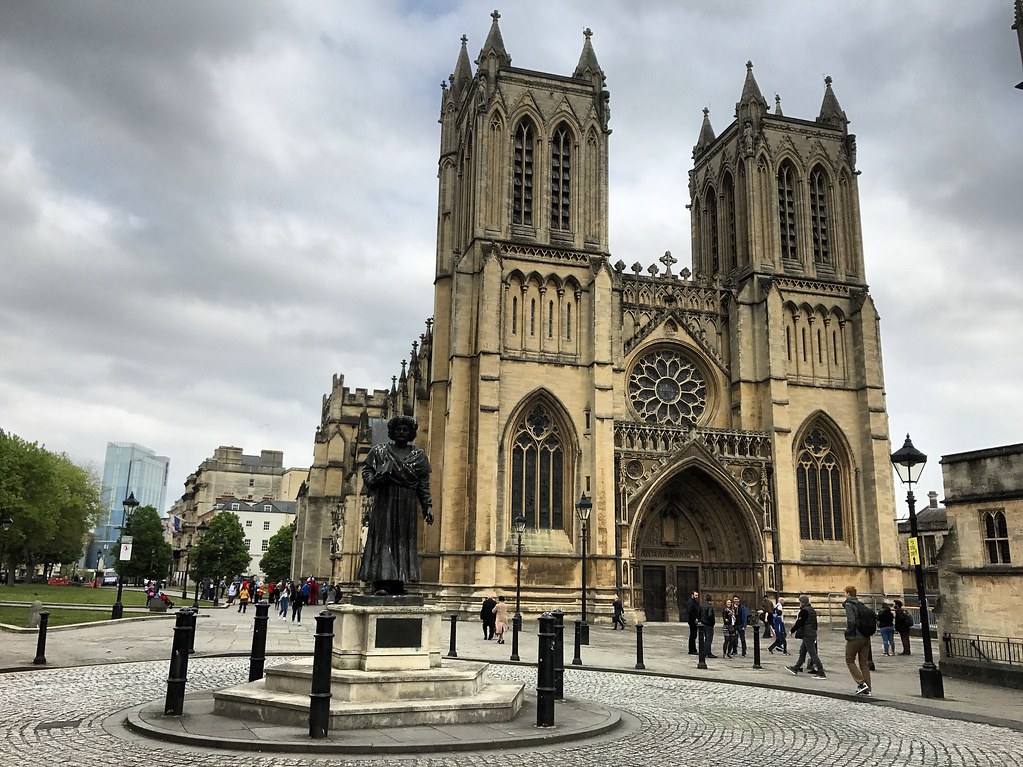 Our last stop of the day was Bristol Cathedral and College Green. The cathedral looked impressive on the outside but unfortunately, the inside was closed to visitors because of a service.

On college green there appeared to be a gathering of a large number of people in fancy dress. Strangely this wasn’t a stag or hen party either.

We enjoyed our day in Bristol. I’m sure there’s more to see and we’ll try to get back one day.