Months of anticipation were finally over. It was time to start our Portuguese adventure and Lisbon was the first city on our list to visit.

We were picked up by our taxi at the ungodly hour of 3am to take us to Bristol Airport. Although I did start to feel a bit more human after a good breakfast and several coffees in the airport.

When we touched down in the Portuguese capital we were whisked off to our hotel by the always reliable Lisbon Taxis.

Lisbon is a destination we’ve been to several times before. We’ve visited all the main attractions previously. So this time we decided to visit some old favourites and an area we hadn’t been to before. After all we were only in the city for one day.

A walk to Praça do Comércio 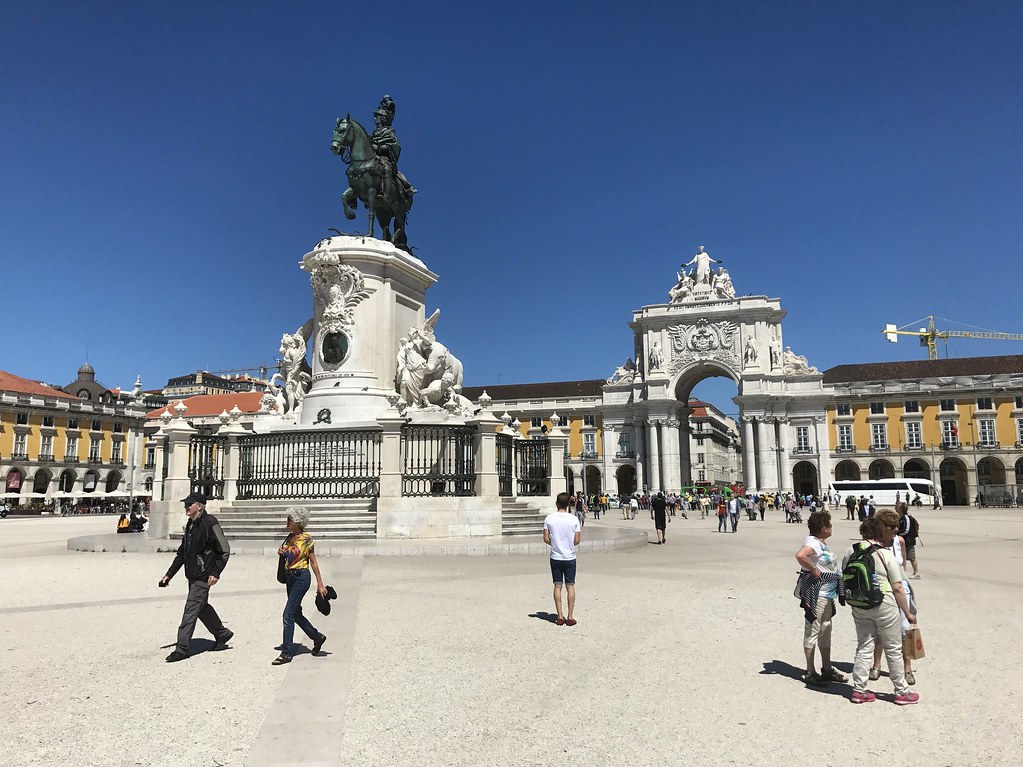 First of all we made the walk from our hotel near Avenida to Baixa.

At a crossing before getting to Restauradores I felt something hit my foot. I was quite surprised to look down to see a rat before it quickly scurried off!

In Baixa we had a quick coffee and a baguette in Brown’s Bistro before arriving at Praca do Comercio, Lisbon’s main square on the Tejo River.

We noticed some giant inflatable Buddhist monks walking along the square. Upon further investigation we found that they were part of a Chinese cultural festival that was taking place along the riverfront. 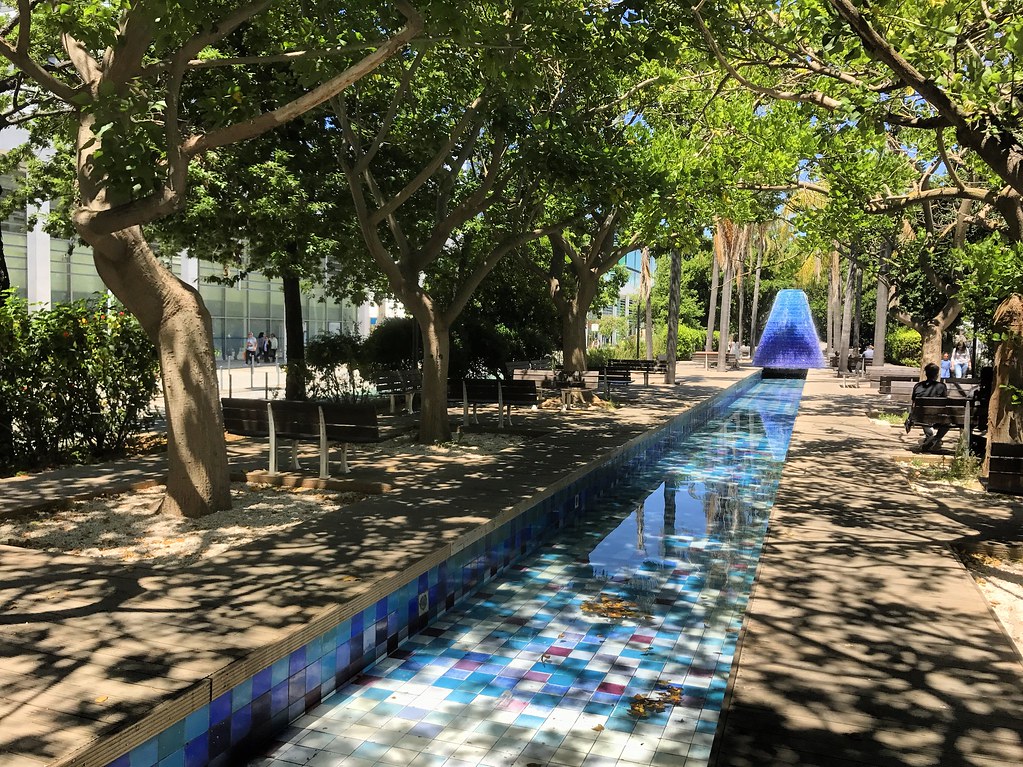 It was very busy on the metro as we made our first time visit to Parque das Nações. It seemed like the whole of Lisbon’s population had a similar plan too.

On arriving we found out why. The Lisbon triathlon was taking place as well as an alternative to ComicCon at the MEO Arena. Seeing the participants of the race along with people adorned in extravagant costumes was quite unusual.

Parque das Nações was the venue of Expo 98. The entire area was regenerated as a result and hosts an aquarium, cable cars and a lovely walkway along the Tejo river. There’s plenty of restaurants and other attractions along the way too.

Bizarrely we saw a pet rabbit sporting a fine straw hat being walked by his owner whilst walking next to the river. It even stopped to have a scratch. At least it wasn’t a rat trying to gnaw at my footwear again! 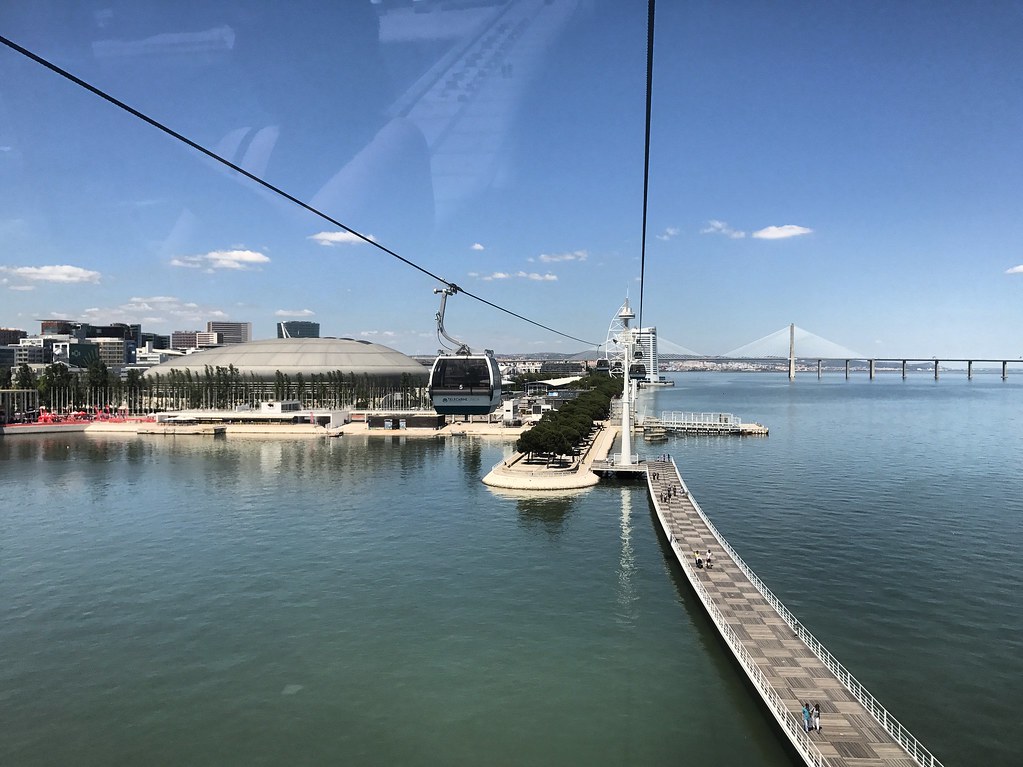 It was then time for a cable car trip along the Tejo river. We bought a round trip ticket for our journey which would run from the Oceanarium to the Vasco de Gama bridge and back.

Despite her initial concerns, the wife was surprisingly jubilant when the cable car doors automatically closed before setting off. She was quite concerned that they would remain open that high in the air!

The round trip lasted around 12 minutes and was such a great experience. The views of Parque das Nações, Tejo river and the Vasco de Gama bridge were incredible. 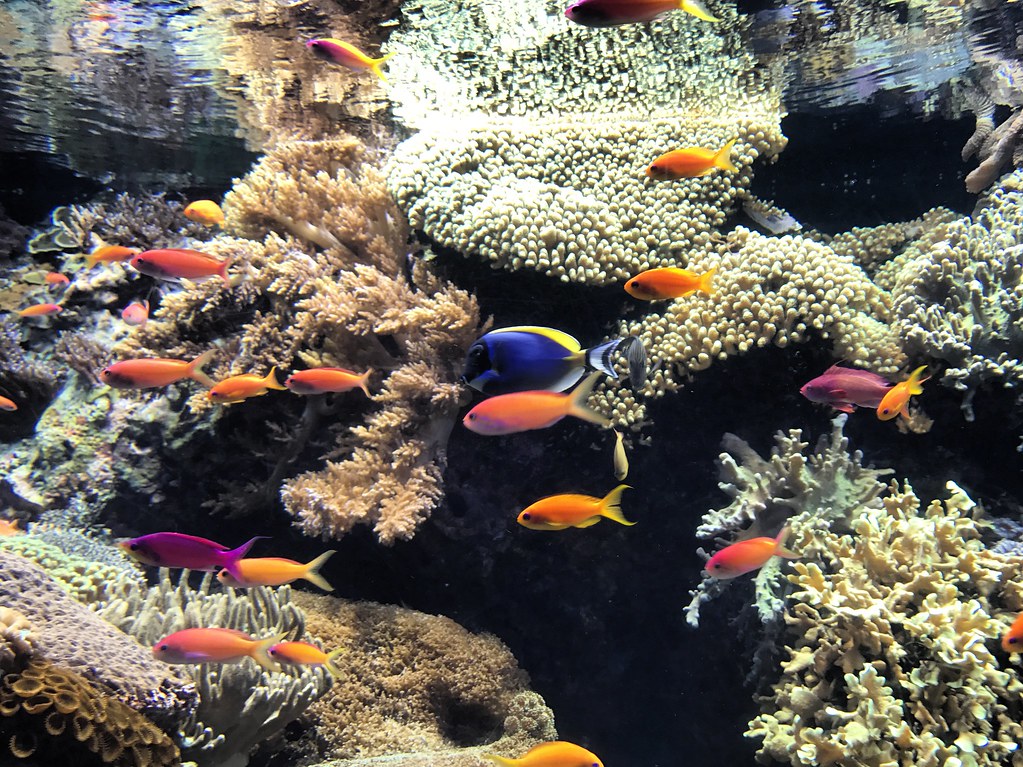 The Lisbon Oceanarium was next on our list of things to see (not that we actually made a list). After shelling out the €15 entry fee we we went to see some of the creatures that lurk in Earth’s waters.

After having a little fun at my wife’s expense earlier about the cable car doors, I was convinced that she was trying to sell me to the Oceanarium as shark feed. 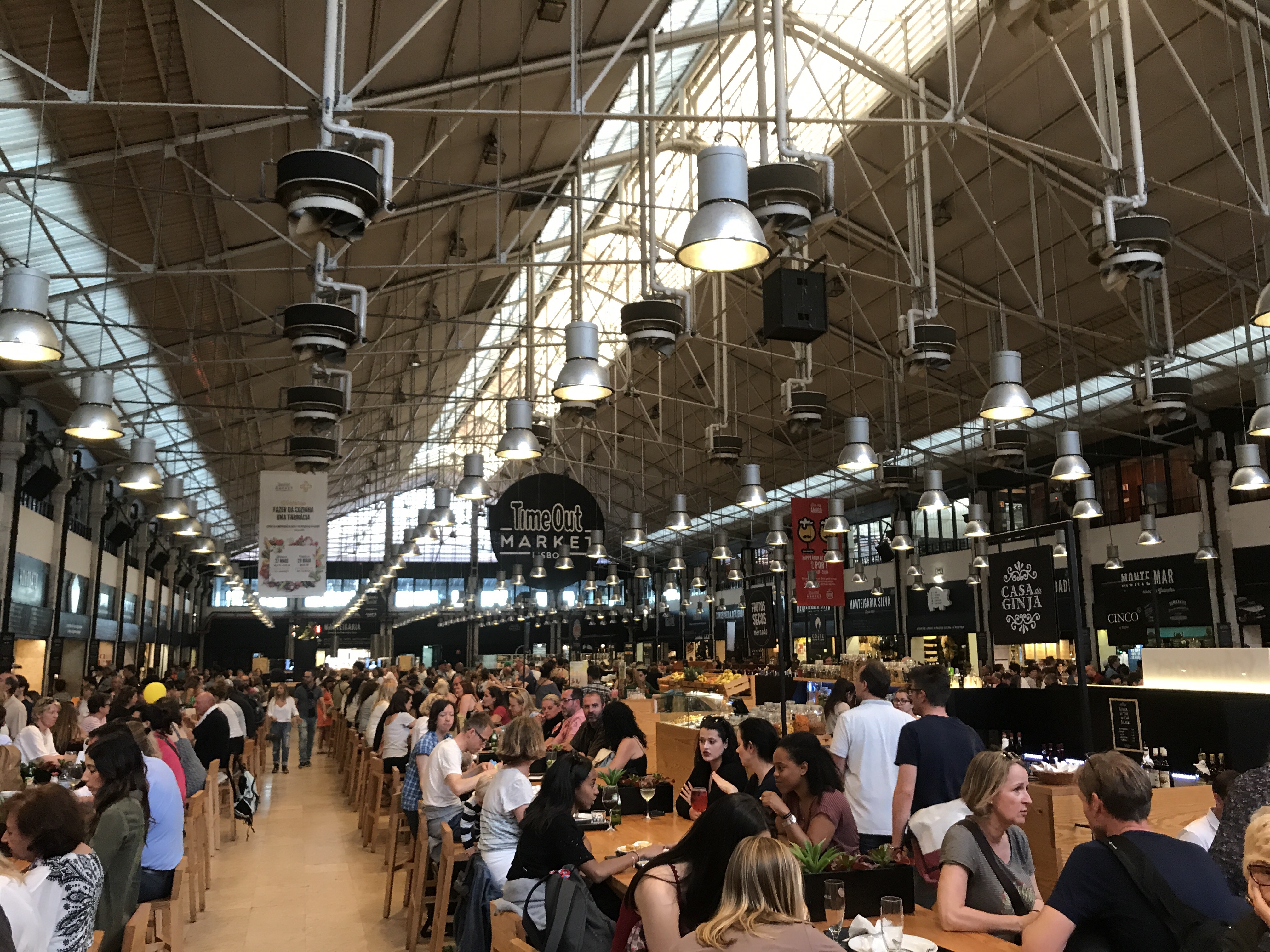 Once we’d returned to the hotel for a shower it was then time for some food and drink in Bairro Alto. Or so we thought!

Unfortunately as it was a Sunday most of the establishments were closed. We eventually found an open bar and settled down with a pint of Sagres and a mojito for the boss.

At that point the loudest alarm ever started emitting. The staff couldn’t work out how to turn it off either. The shrill noise bombarded our ears for the next 15 minutes. So much for a quiet Sunday pint eh? They actually charged us €9.50 for this horrendous experience. Full marks to Pop Out Bar Lisboa!

Our hunt for food continued as we walked down the hill to discover TimeOut Market Lisboa. It’s certainly changed since my last visit as it’s now a series of open kitchen restaurants with communal tables. The codfish I ordered was simply delicious.

It was then back to the hotel to recharge our batteries (camera included) before our trip to Coimbra.