By: ynysforgan_jack
In: Canada, Travel
With: 0 Comments

From Campbell River, we drove to the north of Vancouver Island on the North Island Highway and discovered Telegraph Cove, Coal Harbour and Port Hardy.

The alarm woke us up at the crack of dawn for our long 230km drive to Port Hardy. We really enjoyed our stay in the amazing town of Campbell River with its waterfront and park. 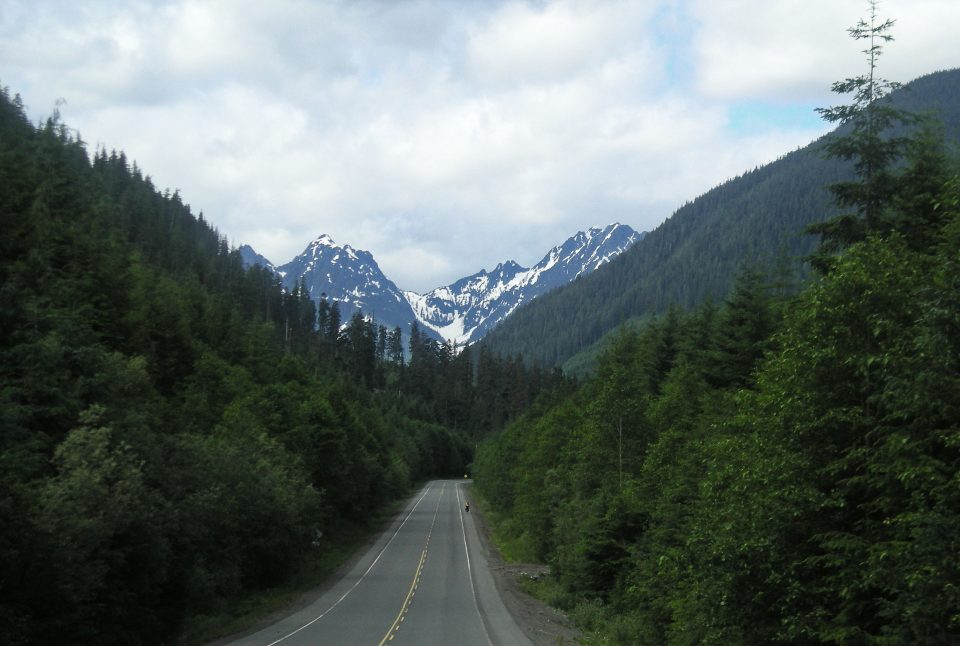 Just to the north of Campbell River we pulled over to see an incredible view of Quadra Island. The early morning mist made it even more impressive.

The scenery on the  North Island Highway got more beautiful the further north we travelled. You could really see the landscape becoming more mountainous ahead of our car. 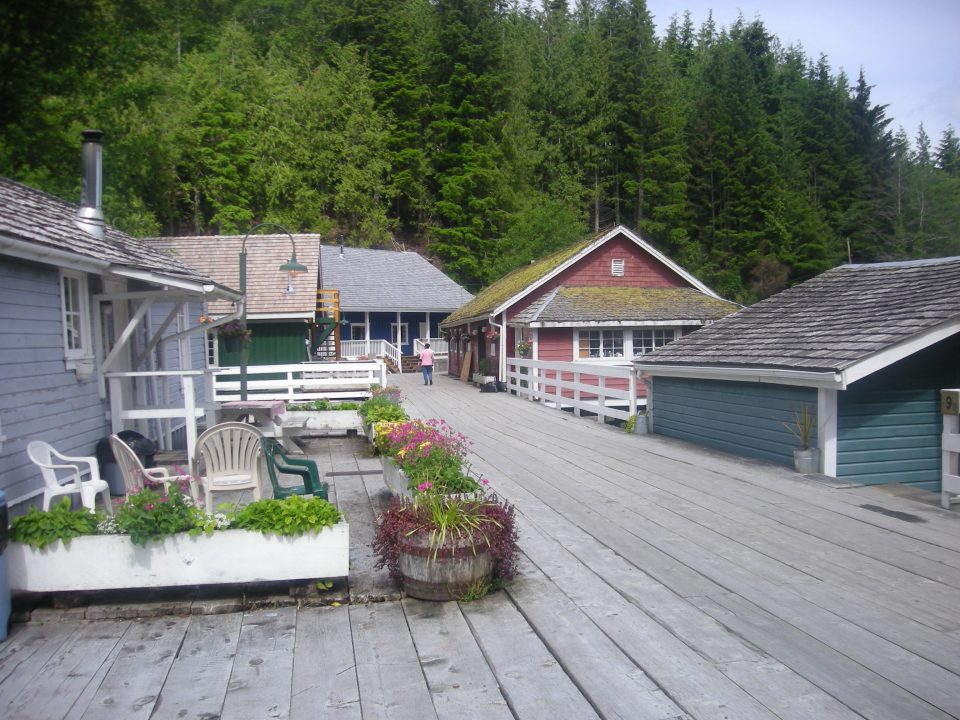 After a few hours of travelling, we arrived at Telegraph Cove.

This small fishing village Telegraph Cove is made up of colourful wooden buildings on a boardwalk and a small marina. There is also a Whale Interpretative Centre and a small restaurant too.

We thought Telegraph Cove was very picturesque with its location on an inlet and surrounded by hilly forest.

Logging and a bear sighting! 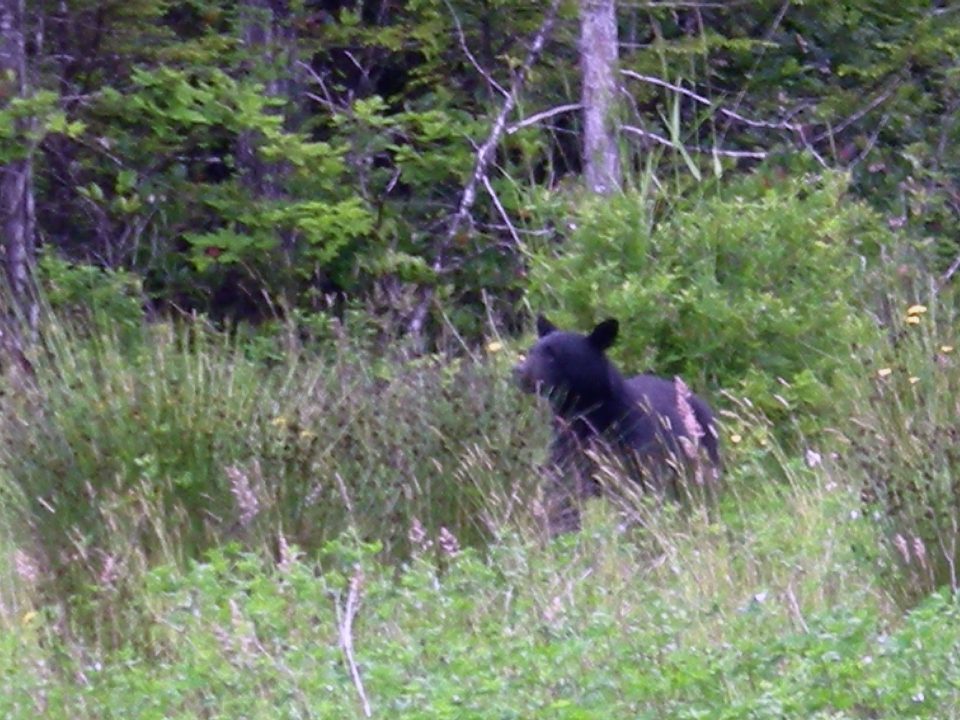 As we left Telegraph Cove we noticed that there was quite a bit of logging in the area. We agreed that it must be quite a big industry here.

Along the road north, we had our first bear sighting of our Canada trip. It was set back a bit from the road so it was difficult to get a picture. The fellow then returned back into the woods as quickly as it appeared. 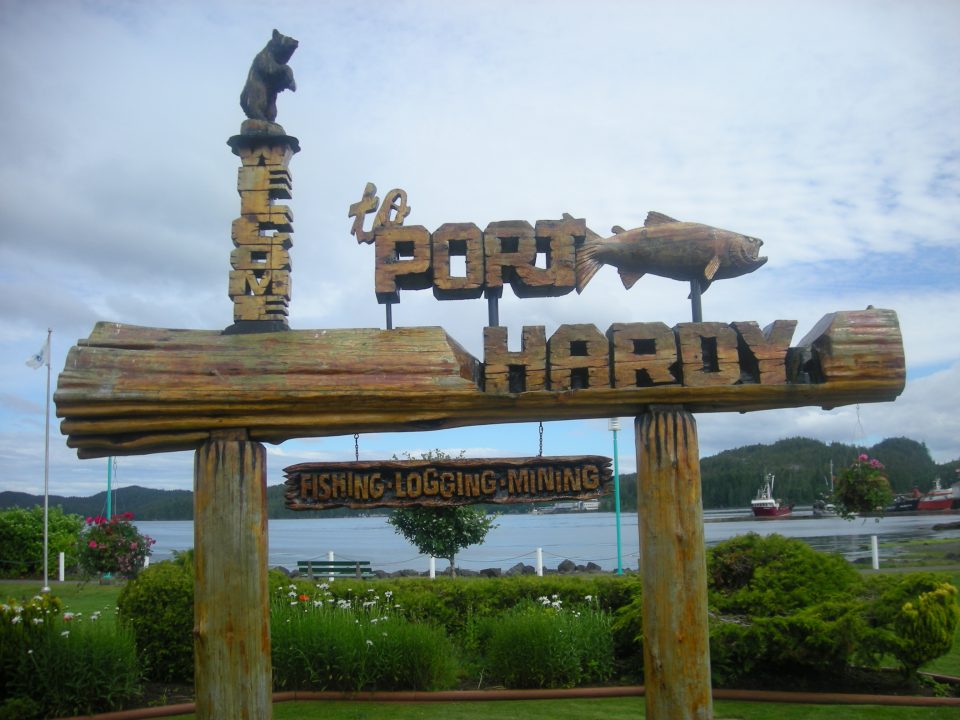 45 minutes later we arrived at our hotel in Port Hardy. We dropped the bags in our room and then went off to explore the town.

Firstly we found our departure point for tomorrow’s ferry to Prince Rupert on the Inside Passage. Nothing like being organised is there?

We then walked around the town of Port Hardy to see its visitor centre, town clock, wharf, wooden sculptures and totem poles. The most interesting was the ‘Carrot Campaign’ sculpture which was an initiative to ensure that the government kept its promise of a completed northern highway. 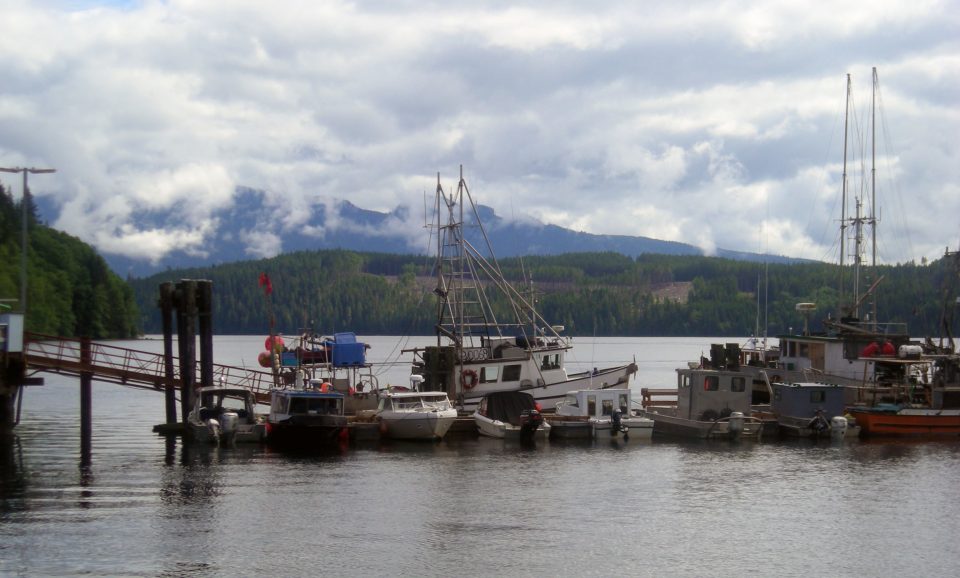 On the advice of a member of staff at Port Hardy’s Visitor Centre, we made a short 20 minute trip to Coal Harbour. This former mining village was located on the scenic Quatsino Sound.

We walked down to the marina and watched a few kayakers heading out onto the water.

It was then back to the hotel for food and an early night. We definitely needed some sleep before tomorrow’s trip on the Inside Passage.

2007-07-04
Previous Post: A ferry over to Vancouver Island and travelling to Campbell River
Next Post: Canada’s Inside Passage cruise from Port Hardy to Prince Rupert