Canada’s Inside Passage cruise from Port Hardy to Prince Rupert

It was one of the most enjoyable days of travel in my life as we took the BC Ferries service to Prince Rupert on the Inside Passage from Port Hardy.

We were up at 5:30am to get ready for our early departure from Port Hardy. I was glad we had an early night after travelling from Campbell River to Port Hardy yesterday.

Once we packed up our belongings in the car we made our way to our departure point in Port Hardy.

BC Ferries, Inside Passage 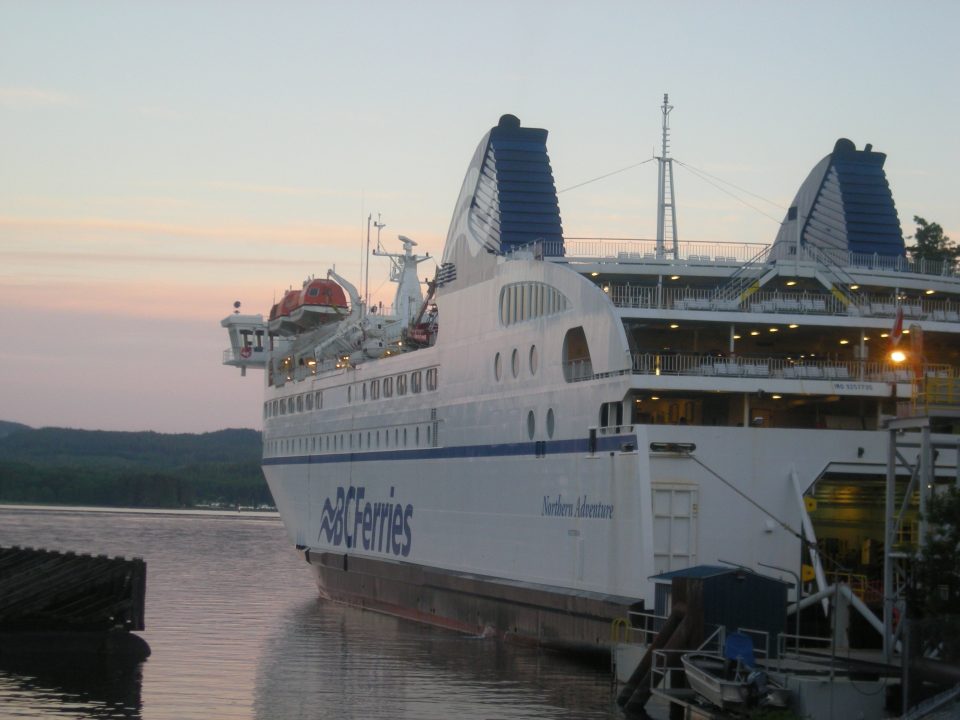 After a small queue to drive on board, we parked the car in the lower decks and made our way towards the upper decks.

There was a lot of seating on board as well as some shops, restaurant and televisions showing some films.

I made my way to the outside of the top deck to appreciate the sunrise over Port Hardy.

The ship left at 7:30am prompt for our trip on the Inside Passage to Prince Rupert. An announcement said this would be 274 nautical miles.

Inside Passage to Bella Bella 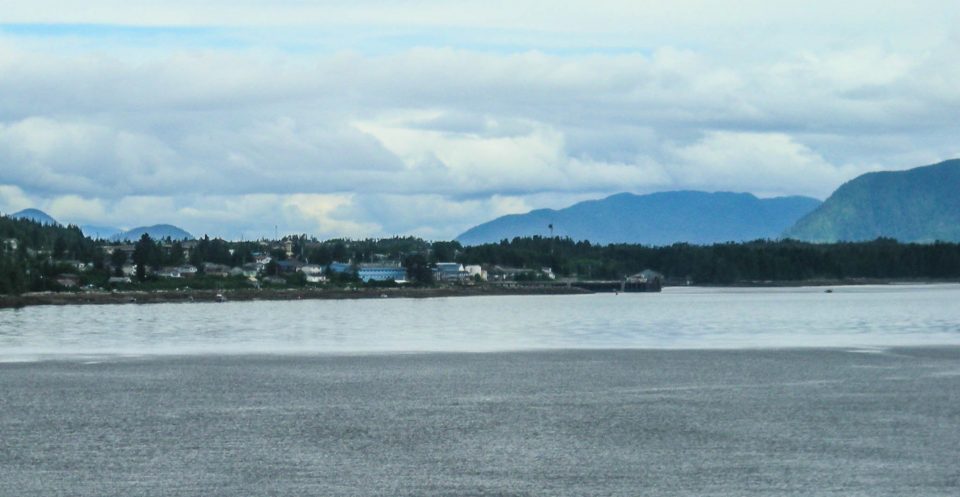 The first part of the journey seemed to take place in more open sea. I took this as a good time to head for some breakfast in the restaurant. There was quite a bit of choice but I opted for scrambled egg and bacon. The scrambled egg was delicious, one of the best that I’ve consumed anywhere.

I then returned to the outside of the top deck to take in the scenery and fresh air. I was glad I did as we managed to see a whale in the distance. Just a shame my Nikon Coolpix camera couldn’t zoom in on it properly.

The only stop on the way to Prince Rupert was the small village of Bella Bella. On the way here the coastline on each side become a little narrower and we passed quite a few lighthouses and small houses along the coast.

I was surprised that no one got off or boarded at Bella Bella and we quickly made our way towards Prince Rupert. Although a few eagles were perched on the dock.

The Inside Passage gets narrower and waterfalls 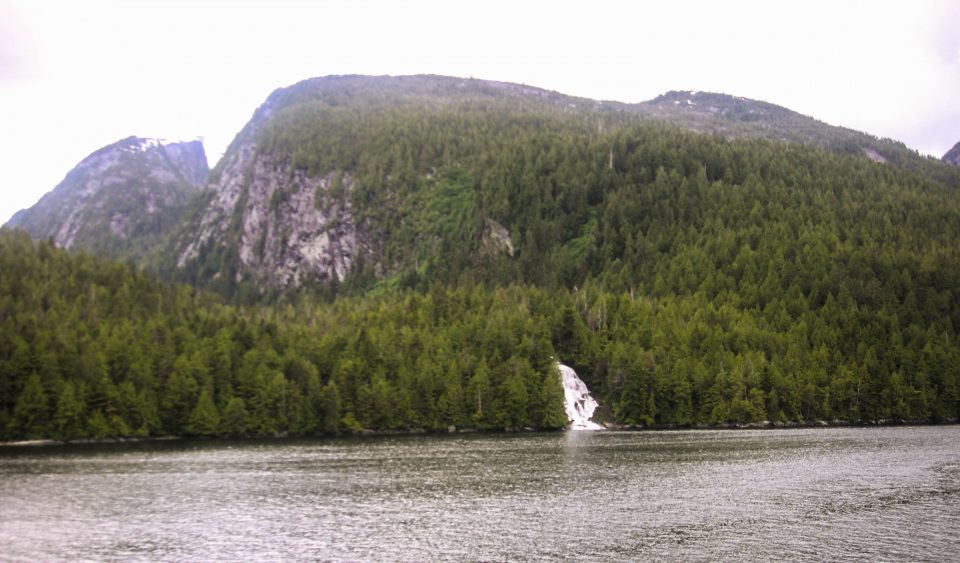 After leaving Bella Bella, the Inside Passage started getting even narrower as we ventured north. There were a few fishermen in small boats on the water. Unfortunately they didnt wave at me as we passed them.

With lunchtime approaching a chef set up a barbeque on the outside deck. He was cooking oak smoked salmon, I had to indulge and wash it down with a cold beer. It was delicious!

At this point, I saw my first, but certainly not last waterfall of the day! It was very pretty as it ran into the sea from the mountains behind.

There were also more lighthouses too. I even had a wave from a couple who were sitting on the balcony on one of these.

Most impressive part of Canada’s Inside Passage 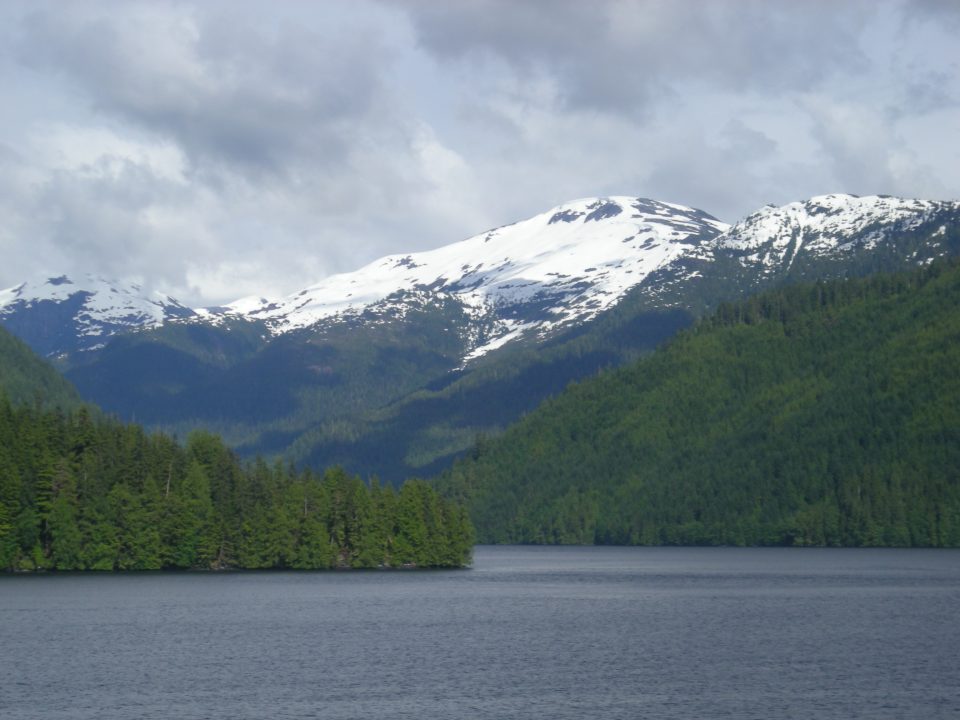 As the day started to turn to evening and we edged ever closer to Prince Rupert, the Inside Passage became even more impressive. Not only did it get much narrower but the mountains were higher and more impressive.

Whilst I wouldn’t say the Inside Passage was busy, we certainly passed quite a few craft. Some were ferries, whilst others were transport ships.

Evening meal on board and the final approach to Prince Rupert 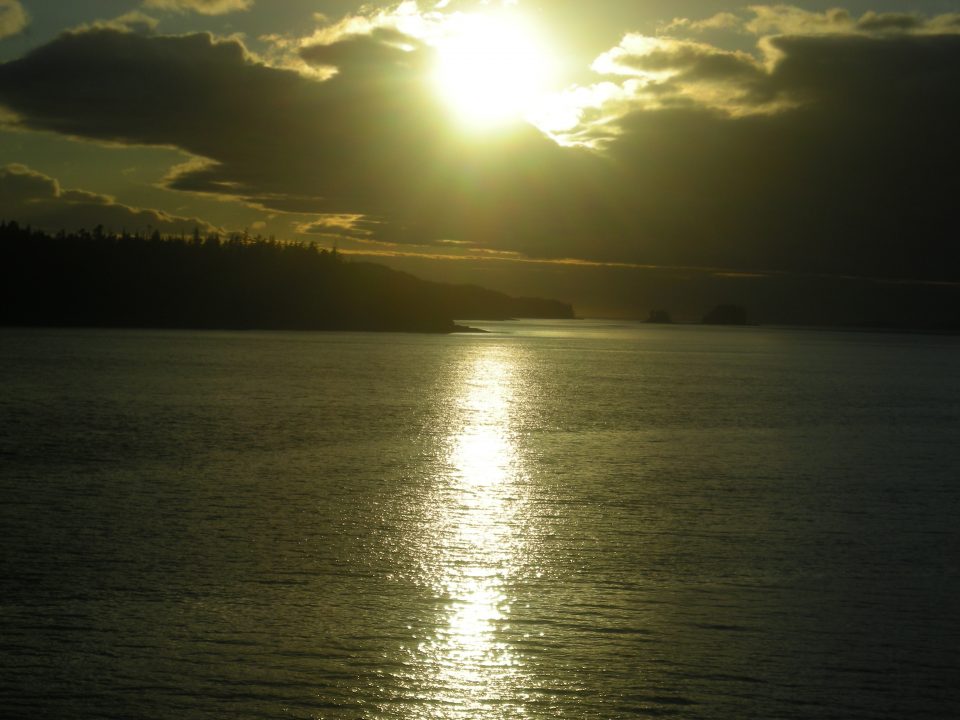 I realised at this point that I’d been outside nearly all day, so I made my way back inside to have an evening meal of Thai green curry. It was then back outside to enjoy the final part of the Inside Passage Cruise.

As the sun was setting it only made the landscape more impressive. I sipped on a beer as I watched the mountains, waterfalls and other ships go past us. It was at this point it really sunk in as to how much I had enjoyed our day on the Inside Passage. The BC Ferries service was amazing too.