Exploring the village of Fyti and the countryside around Paphos, Cyprus

By: ynysforgan_jack
In: Cyprus, Travel
With: 2 Comments

We had a relaxing day exploring the countryside around Paphos, visiting traditional villages such as Fyti, monasteries and a microbrewery.

After a late breakfast at our apartment we decided to head out for a drive in the car. We wanted to explore what the Paphos countryside had to offer.

From Peyia we drove through the villages of Kathikas and Stroumpi and then branched east on the E703 road.

The amazing scenery on the road to Fyti 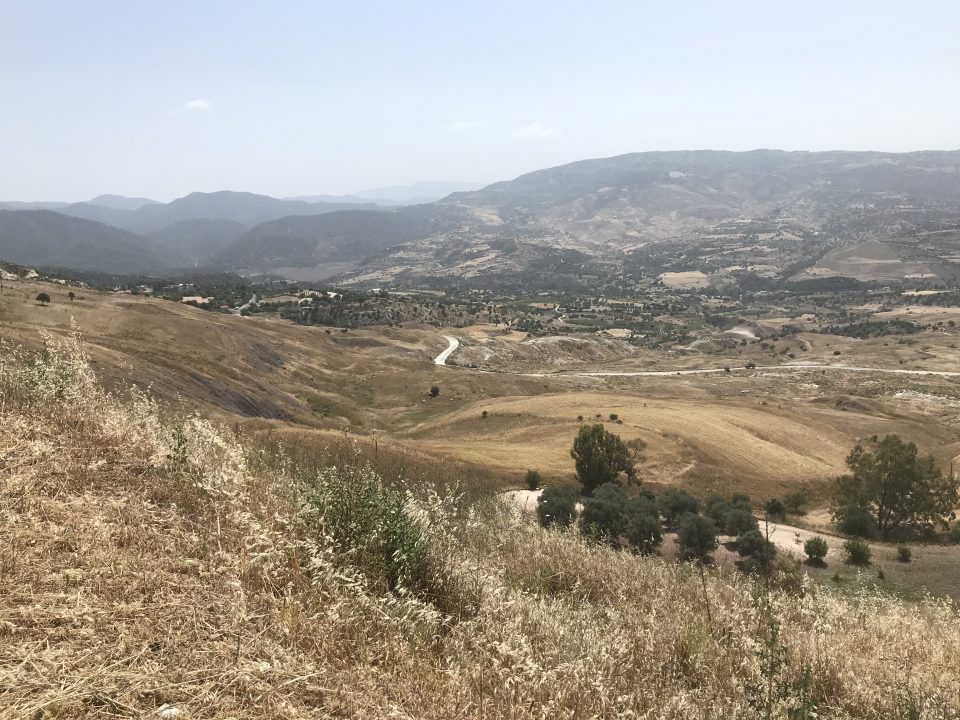 The road to Fyti had amazing scenery. It felt like we were constantly stopping the car to get some photos.

We thought that the views were stunning and in the distance we could see vineyards, fields of wheat and the surrounding mountains.

At one such viewpoint my wife was preoccupied while taking a photo. Imagine her screams when I convinced her that she had a lizard on leg. She nearly run all the way back to Peyia! 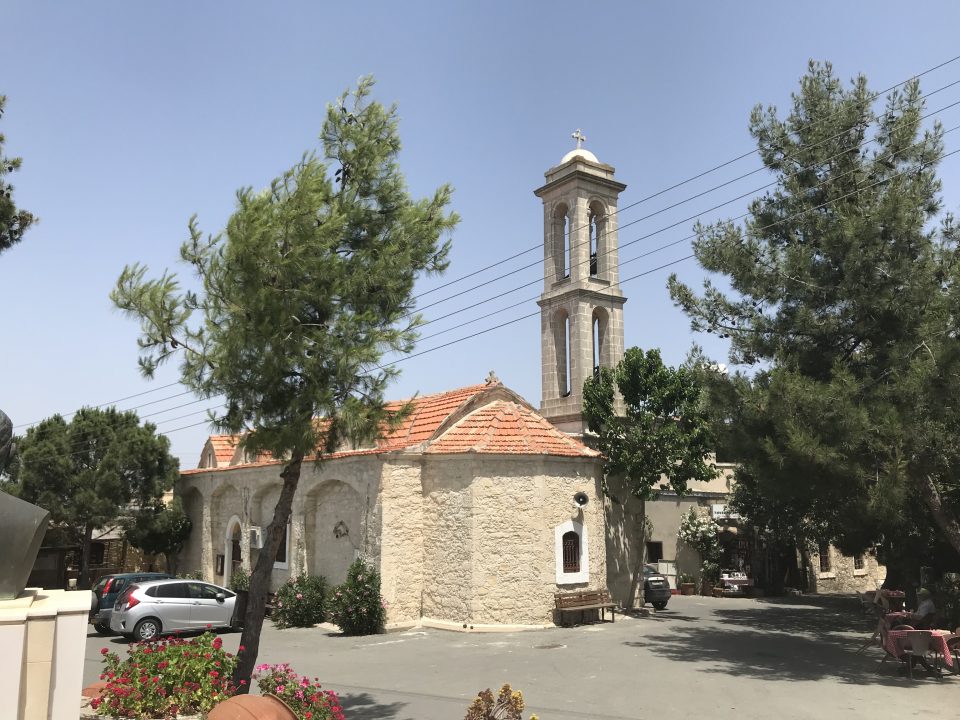 Once we arrived in Fyti we parked the car just outside the centre of the village.

We then walked up the hill past some abandoned houses to the main square. The main square is dominated by the pretty Agios Dimitris church.

Thirst was beginning to set in and also needing a caffeine fix we sat down in Phiti Pefkos Taverna for a Cyprus coffee and some water. It was certainly strong but it tasted amazing. Although I was glad that water was served with it to take the edge off!

The wife, unsurprisingly opted for fresh orange juice. She always does!

It was nice to sit down in this taverna and watch the Fyti villagers go about their business. 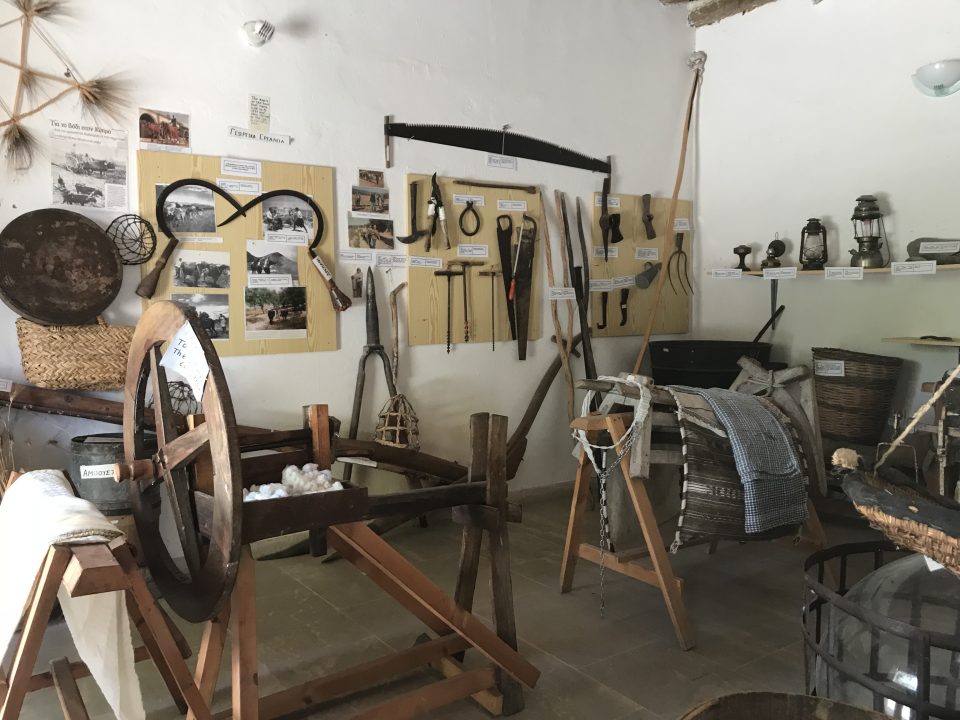 Whilst we were taking some photos of Fyti’s main square we were approached by an elderly gentleman and his wife. He explained that he was the curator of the nearby Fyti Folk Art Museum.

After randomly giving us some free fresh plums, he offered us a free tour of his museum.

The tour of the Fyti Folk Art Museum was fascinating. The friendly curator explained how the tapestries on display were made by his wife or her ancestors.

Also on display at this museum was equipment historically used in Cypriot houses and for agriculture.

The most fascinating part was the amount of moths that they kept at the museum. The cocoons that the moths create are used as the materials for some of the tapestries.

In the small museum souvenir shop, the wife had to buy a woven bracelet and a tablecloth made by the curator’s wife. 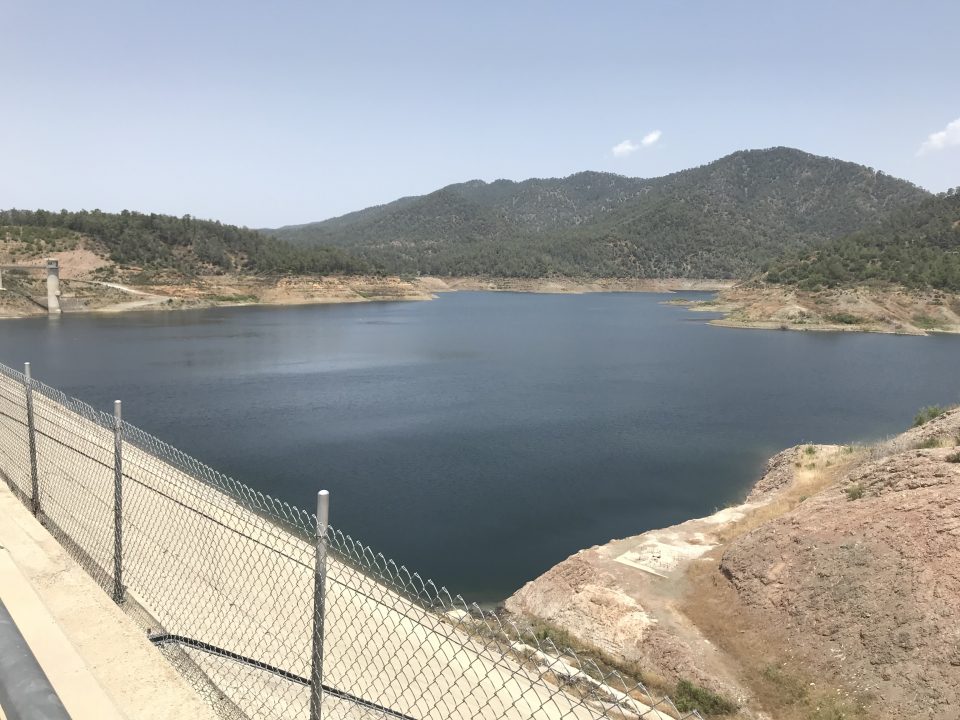 Once we left Fyti we continued to follow the road east. We took a small diversion to see the Asprogia-Kannaviou Dam, after seeing a brown road sign alerting us to its presence.

The view from of the dam and the surrounding mountains were amazing. Construction of the dam started in 2000 and cost £17.5m (Cypriot Pounds). 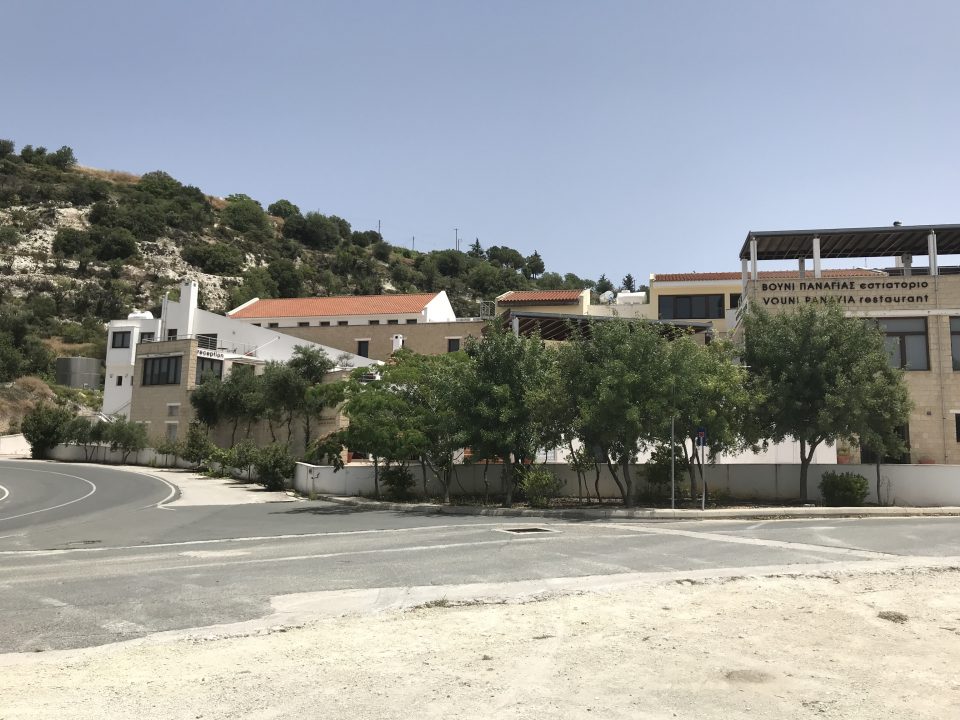 Just up the road from the dam we arrived at Vouni Panayia Winery.

As I was chauffeur for the wife, I could only have one tiny sip of the award winning Barba Yiannis dry red. Although that tiny sip convinced me to purchase a bottle for later consumption.

The wife, who didn’t have to drive, tried a few other wines on offer and bought a rosé wine based on her tasting assessment. She was certainly emptying my wallet today!

Even though the wine tasting was off limits to me, I did dig into the delicious goats cheese on offer! Yum-yum! 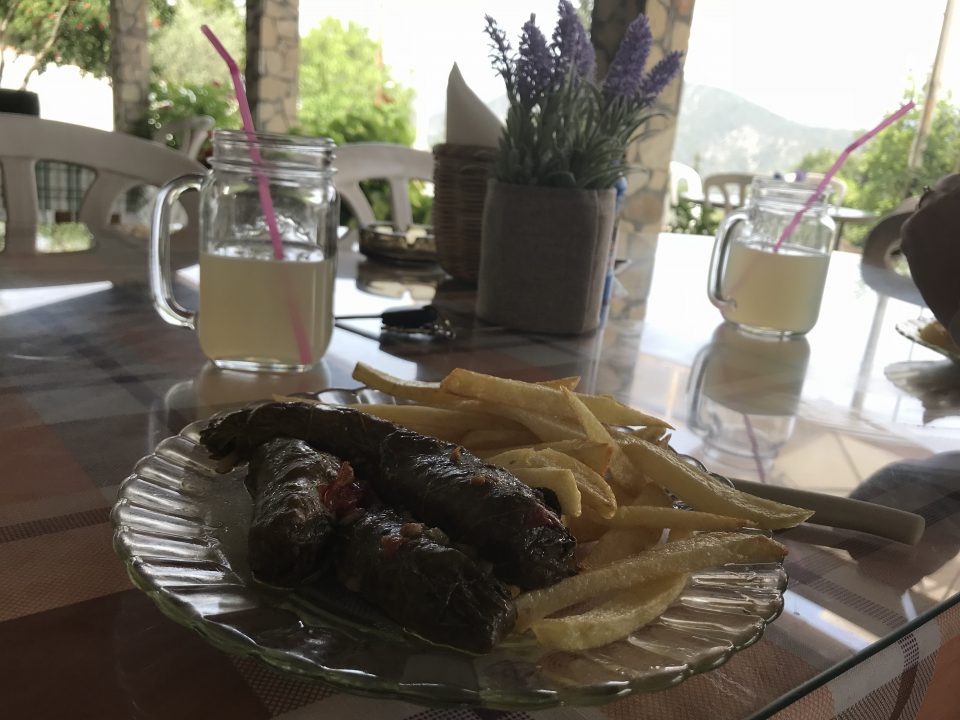 It was only a few minutes drive uphill to the village of Panaiga, the birthplace of Archbishop Makarios.

We decided to have lunch here in a place called Oniro Restaurant.

The restaurant was enjoyable not for the food, but for the loud and random sounds coming from the kitchen and the feisty elderly waitress who insisted we ordered the “homemade” lemonade and only specific items from the menu.

This was proven when she accepted my order of Dolmades but refused my wife’s first choice of a toasted sandwich and second choice of pizza. She insisted that she should order a dish called tavas and nothing else!

Whilst our food was tasty, it was a little pricey. You also have to question the point of having a menu if they refuse to serve any of the meals listed on it? 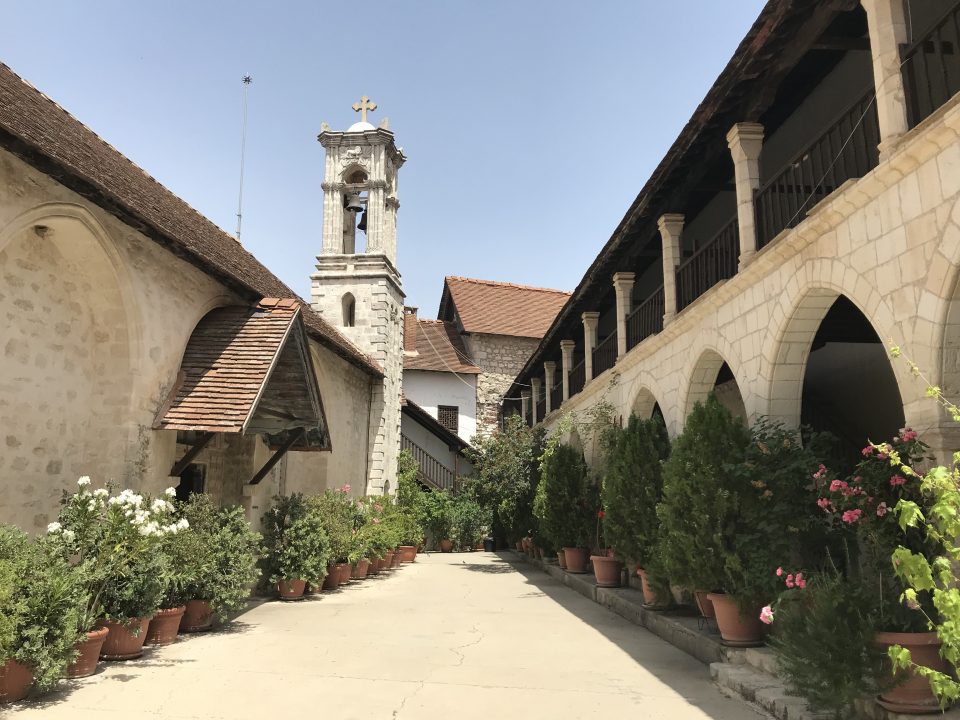 Once we’d finished our lunch we journeyed on to Chrysorrogiatissa Monastery.

Despite it being incredibly difficult to pronounce, this is a great monastery to visit. It is very quiet, produces its own wines, and the church has some colourful frescos above its doors.

The main feature though has to be the view from the terrace at the rear of the monastery. We could see for miles around. 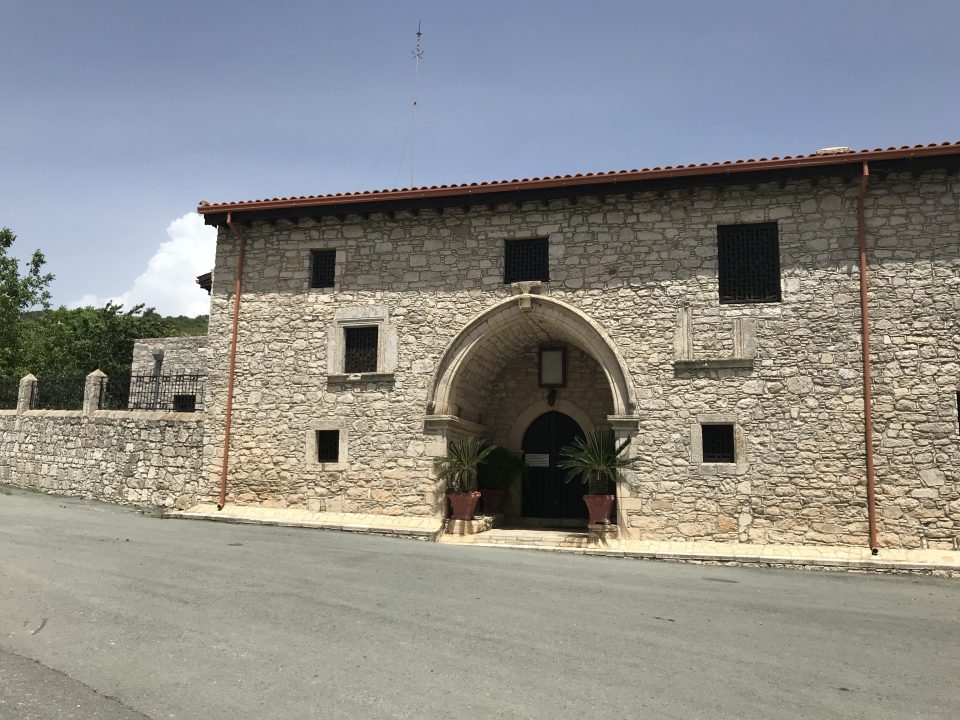 Just down the road is another monastery with a more pronounceable name – Agia Moni.

It is said that this monastery is one of the oldest in Cyprus having been founded in 300 AD.

The abandoned village of Statos-Agios Fotios 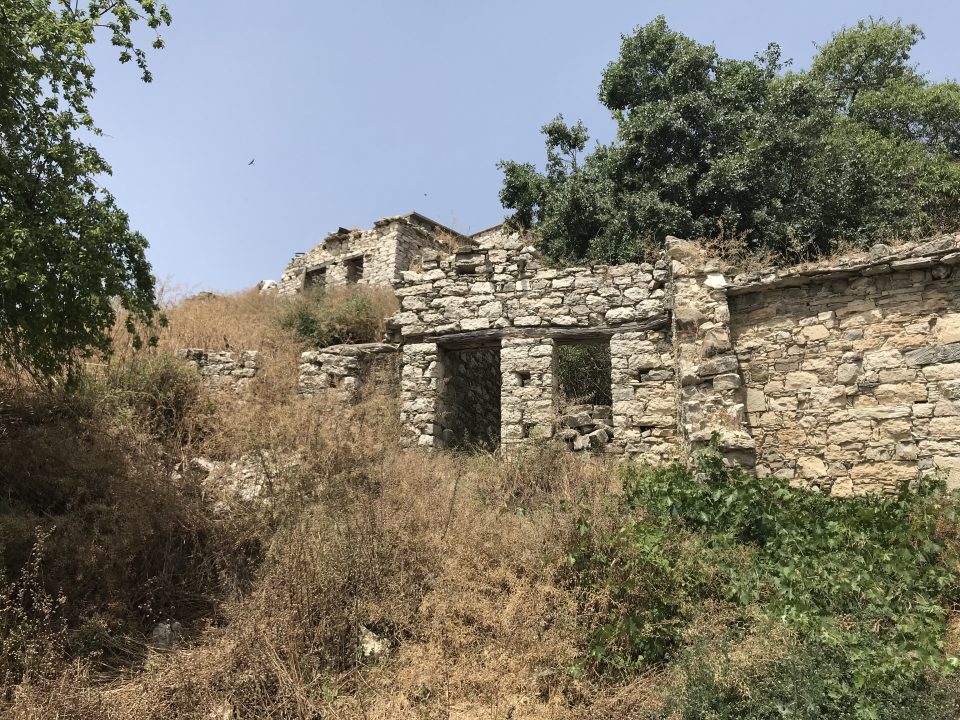 We then followed the road towards Choulou. But first we stopped at the abandoned village of Statos-Agios Fotios.

An earthquake in the 1960’s unfortunately meant that most of the population had to find new homes elsewhere.

It was quite eerie walking around the village with the partially collapsed houses on each side of the narrow road.

However, it seemed that the lower part of the village was slightly more populated. 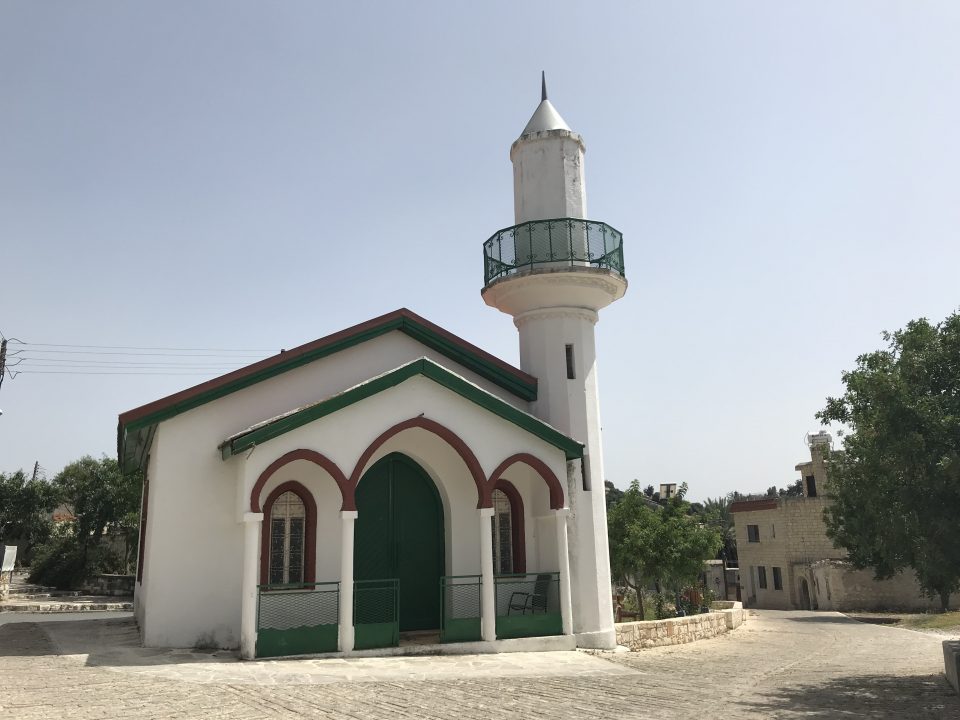 It wasn’t long until we arrived at the village of Choulia.

Choulia was once a Turkish Cypriot village and has a small whitewashed mosque in the centre.

It was very quiet in Choulia as we walked around in the heat. We only saw an older gentleman out on his mid afternoon stroll. 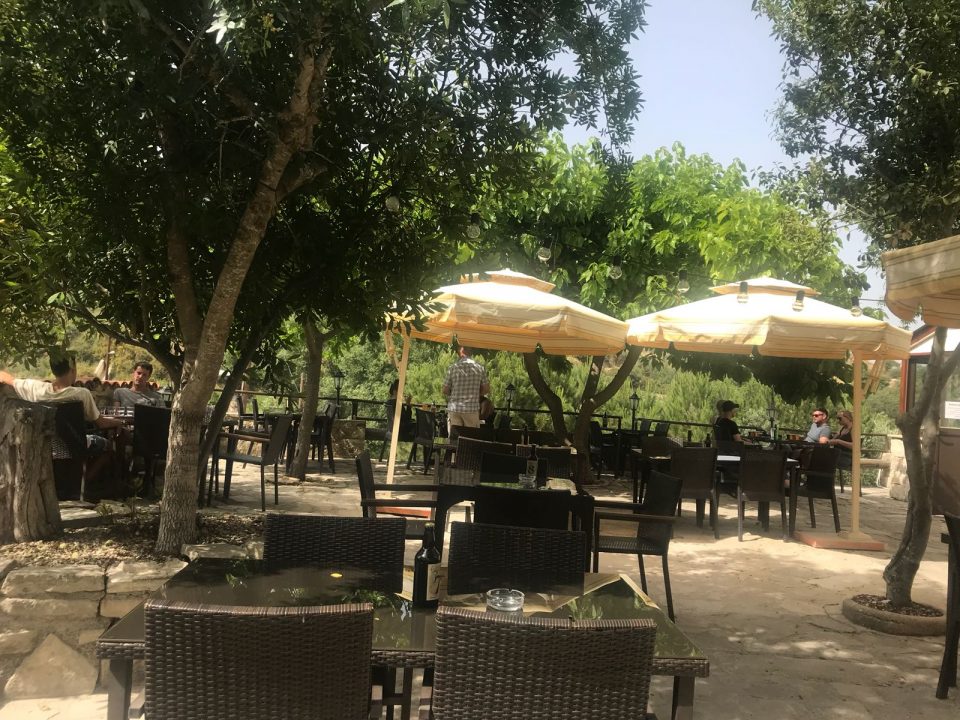 Our final stop of the day was at the Aphrodite’s Rock Brewery in Tsada.

Because I was driving, I felt like a kid in a sweet shop who couldn’t have the sweets. But I did buy a bottle of ESB and American Coast IPA to take back to our apartment.

It was then time for the short drive back to the apartment in Peyia. We had a wonderful day, our main highlight being the village of Fyti.

Finally, did you enjoy this blog? Or if you have already been to Fyti and the countryside around Paphos, have you got some other suggestions to share? Then remember to leave a comment.

2018-05-24
Previous Post: 10 awesome things you should see and do in Toulouse
Next Post: Delights of the Paphos to Limassol coastal road including Kollosi Castle and Petra tou Romiou