Today we set out to take enjoy the delights of the Paphos to Limassol coastal road in Cyprus. We saw some amazing things including Pissouri, the Sanctuary of Apollon Ylates, Kourion Beach, Kollosi Castle and Petra tou Romiou. Oh, and a monastery full of cats.

It was to be our second day trip in as many days, after discovering the Paphos countryside yesterday.

The weather was good as we left our base in Peyia mid-morning to drive towards Paphos.

It was then onto the Paphos to Limassol coastal road. The scenery along the coast certainly looked beautiful with the blue sea, sheer cliffs and clear skies. 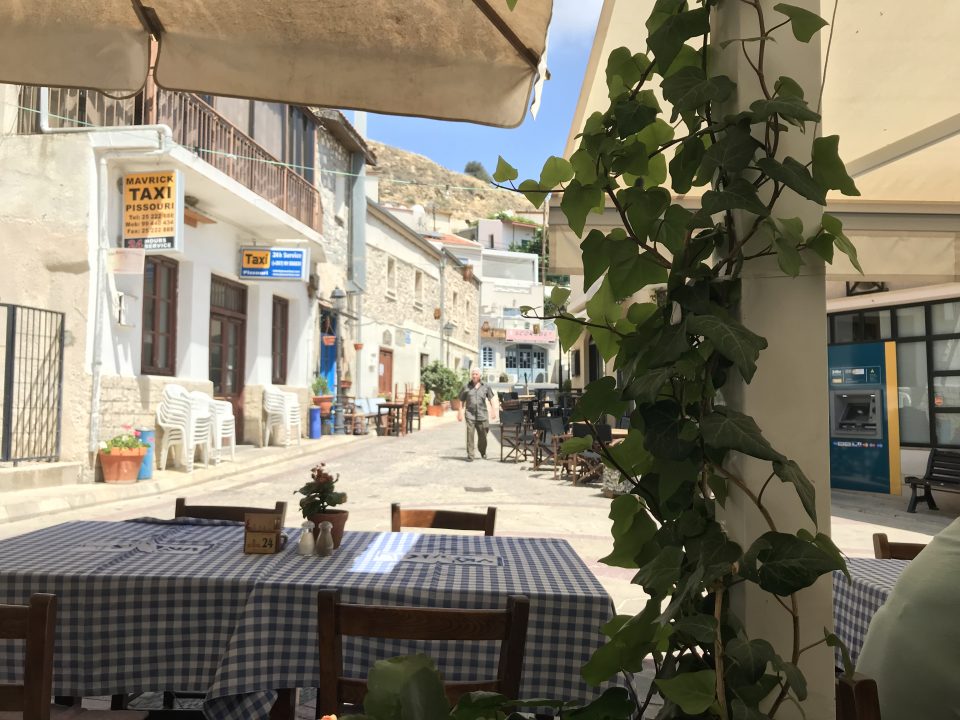 Our first stop of the day was the village of Pissouri.

After parking the car we made the short walk down to Pissouri Square with its tavernas and cafes.

We chose to have breakfast in one of these called Vrakas Taverna. 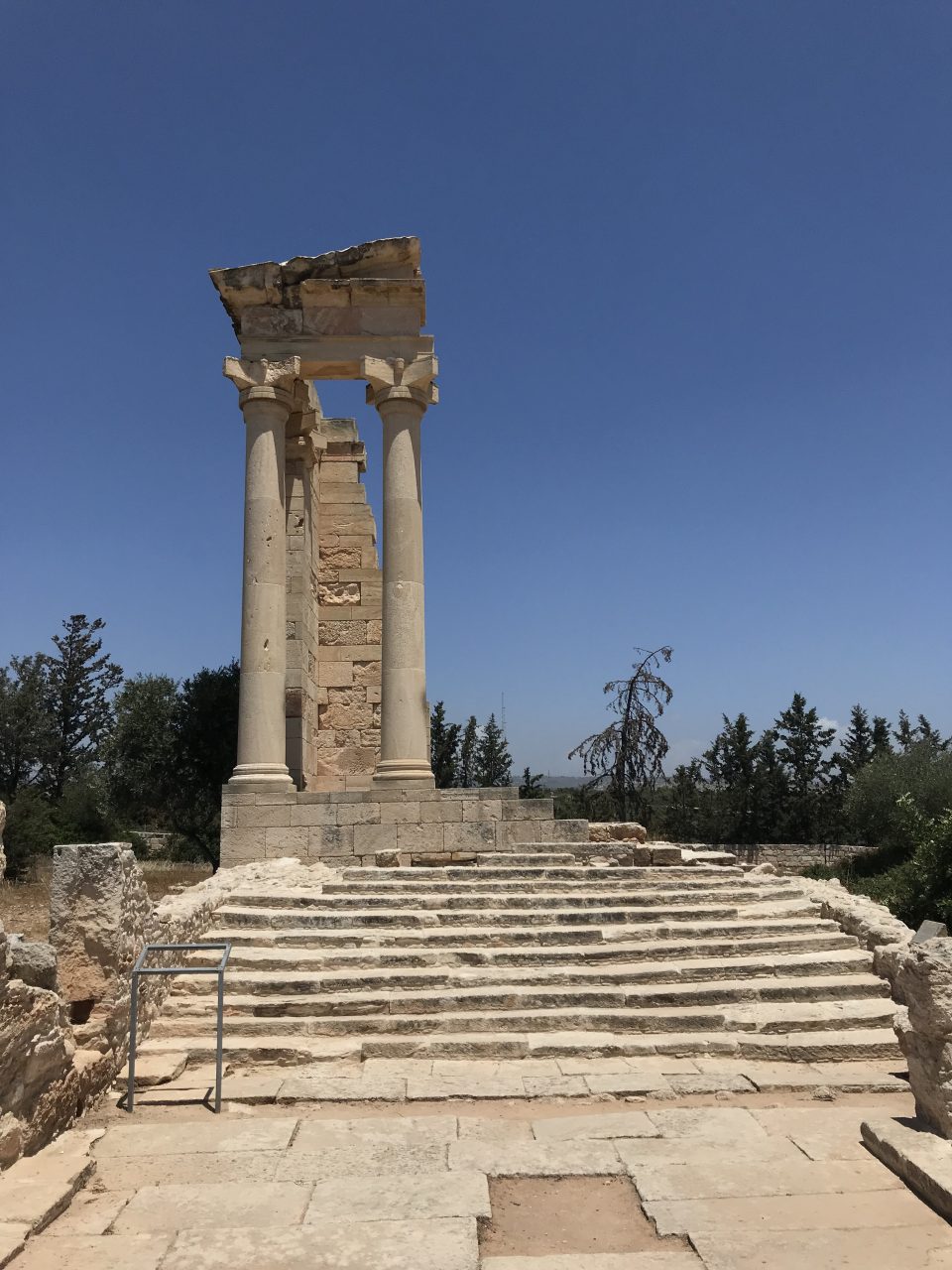 Leaving Pissouri behind us, we continued along the Paphos to Limassol coastal road to the Sanctuary of Apollon Ylates.

This sanctuary dates back to 2,000 BC and is part of the nearby Kourion ruins.

We walked around the priest’s quarters, dormitories, the temple, baths and the ‘sacred street’. It was well worth the €2.50 entry fee.

As the name suggests the sanctuary was dedicated to the Greek god Apollo. The ruins were once surrounded by forest which have now dwindled into vegetation. 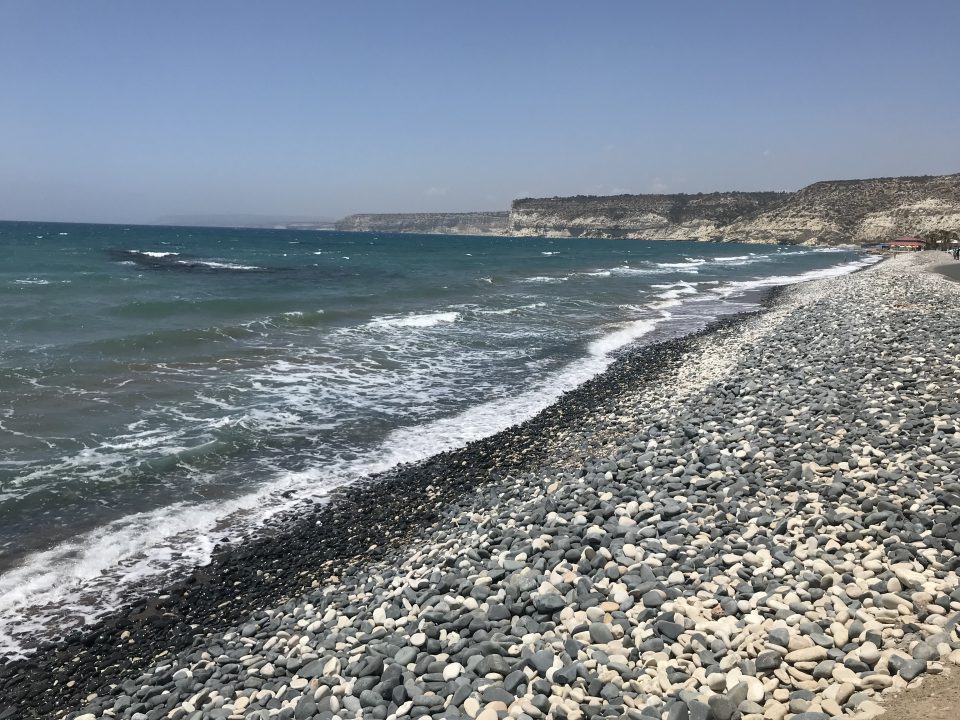 With the wife not wanting to visit Ancient Kourion as she “had seen more than enough ruins”, we drove down to Kourion Beach instead.

This pebbled beach was one of the most beautiful I’ve seen, there were some powerful waves crashing into the beach. Along the coastline we could see steep cliffs far into the distance.

The wife walked down into the sea and tripped herself up and nearly fell into it. That would have been funny after she refused to visit Kourion!

We sat in the beach bar for a while with a cold lemonade to relax with the view and sound of the sea. 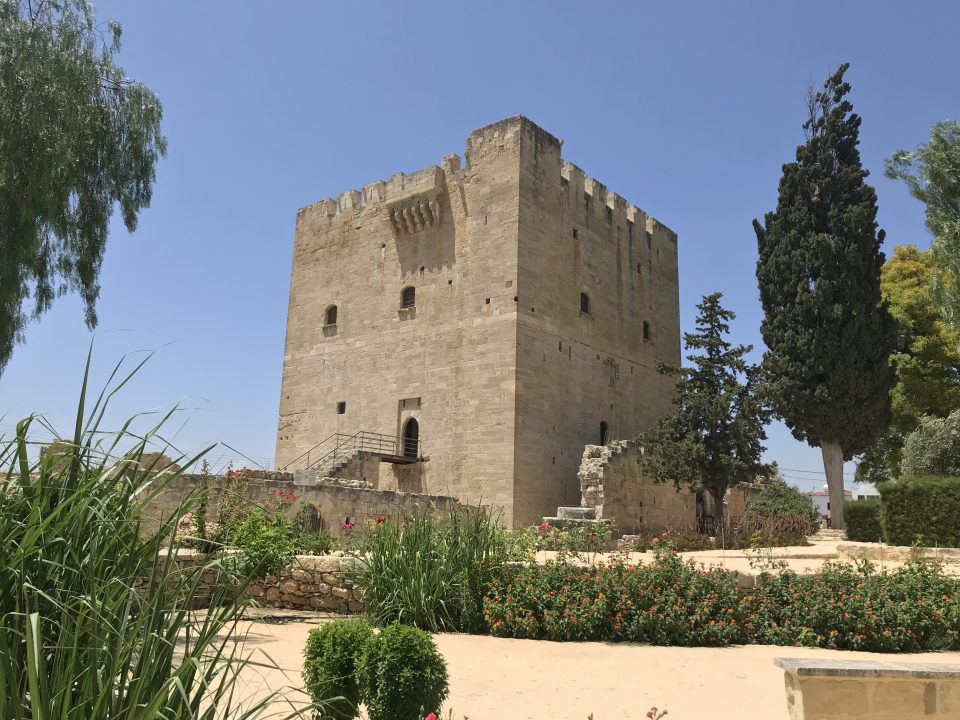 We continued on on our drive and arrived at the imposing Kollossi Castle.

Built by the Crusaders, the castle is 21 metres high. The current tower is slightly newer and dates back to the 15th century.

We made the steep climb on the narrow spiral staircase to the top. The views at the top were superb and you could see for miles around in each direction.

Holy Monastery of St Nicholas of the Cats 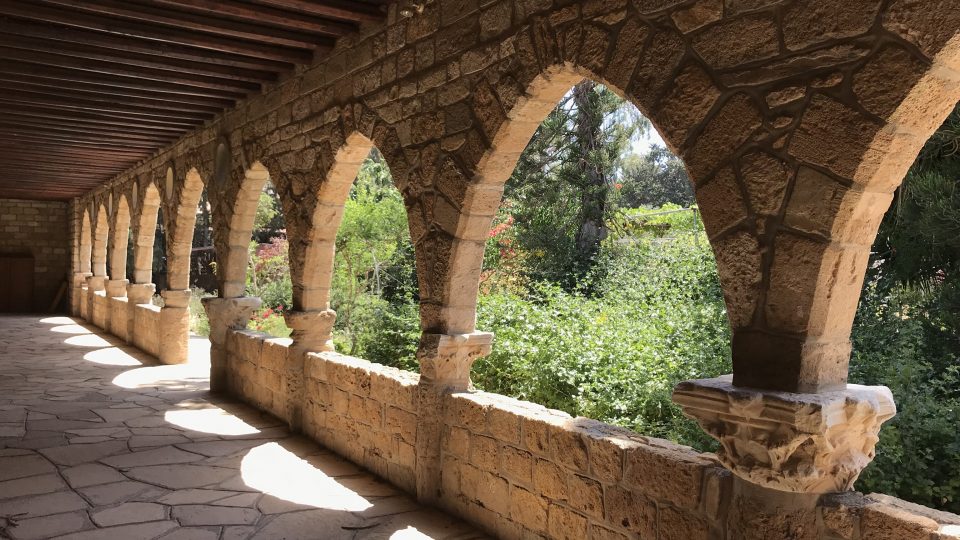 Once we left Kollosi Castle we ventured south to the Holy Monastery of St Nicholas of the Cats.

Legend says that the monastery takes its name from its construction in 327 AD. With the area suffering from a plague of snakes, an elite squadron of hungry cats were procured to combat the reptilian foes.

To this day, a significant number of cats still take residence here. One such fellow followed us around as we explored the monastery and courtyard. The other cats were not interested in us at all. Maybe he mistook us for reptiles? 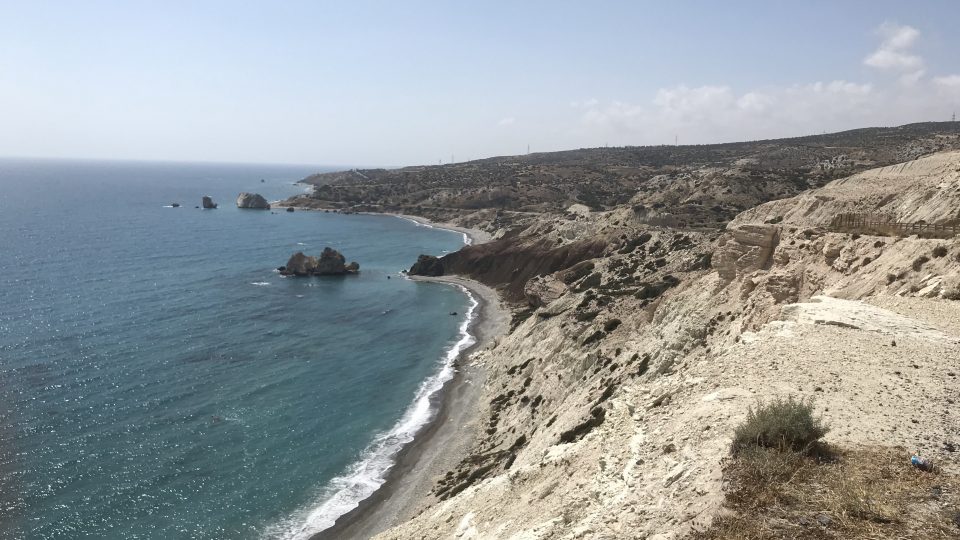 After we said goodbye to our feline friend and with the day drawing to a close, we made our way back on to the coast road.

Our final stop of the day was at Petra tou Romiou. Although it’s more commonly known as Aphrodite’s Rock.

This is one of the most famous symbols of Cyprus. According to myth this is the birthplace of the Greek goddess Aphrodite.

With the wife armed with an ice-cream and myself back in the drivers seat, we made our way back to Peyia.

Finally, did you enjoy this blog? Or if you have already travelled along the Paphos to Limassol coastal road? Do you have some other suggestions to share? Then remember to leave a comment.

2018-05-25
Previous Post: Exploring the village of Fyti and the countryside around Paphos, Cyprus
Next Post: ‪Seville’s tasty food markets, El Centro, Metropol Parasol and a spot of fine dining!‬