For our final day in Vienna we set off to see two of the city’s palaces, Schönbrunn Palace and Schloss Belvedere. We also visited Naschmarkt, Maria-Theresien-Platz and Rathaus.

After a delicious breakfast in a place called Cafe Bistro near the Opera House, we set out for our first destination – Schönbrunn Palace. 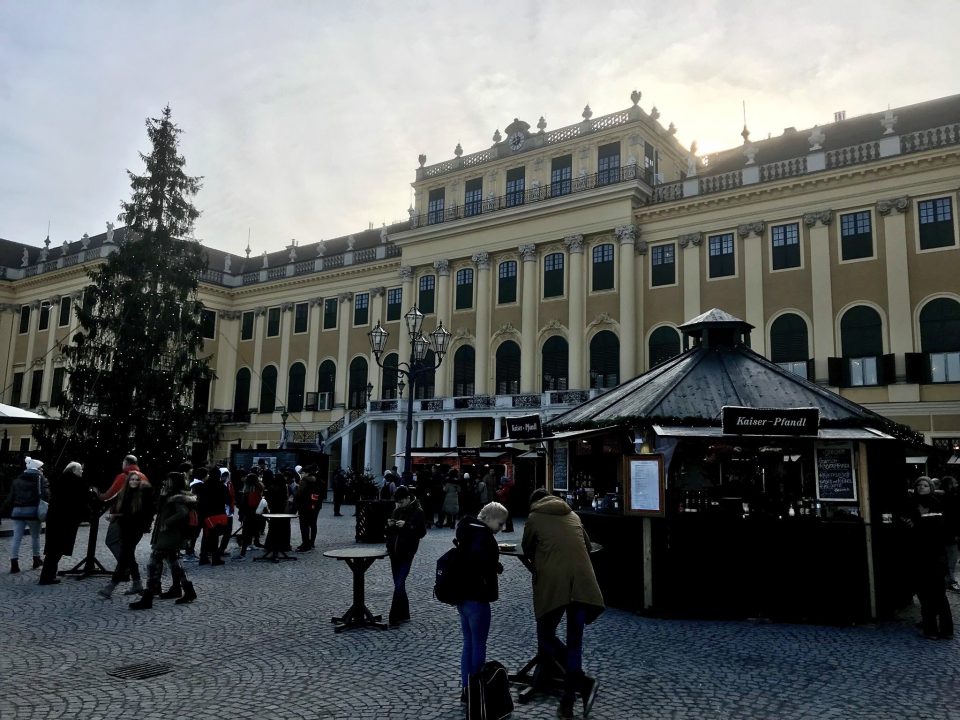 We arrived at Schönbrunn Palace on the U-Bahn. The palace is only a short walk from the station of the same name.

A former imperial residence, Schönbrunn Palace is an example of Baroque architecture. There are just 1,441 rooms in the palace. Just less than the 1,443 in my country estate in Swansea.

In the front courtyard was another one of Vienna’s many Christmas markets. The stalls were selling the usual decorations, crafts, ornaments, food and drink.

We then had a walk around the Schönbrunn Palace gardens. Although as you’d expect in winter, no flowers were in bloom.

There were a mixture of different people in the grounds, ranging from tourists, locals and a few runners. 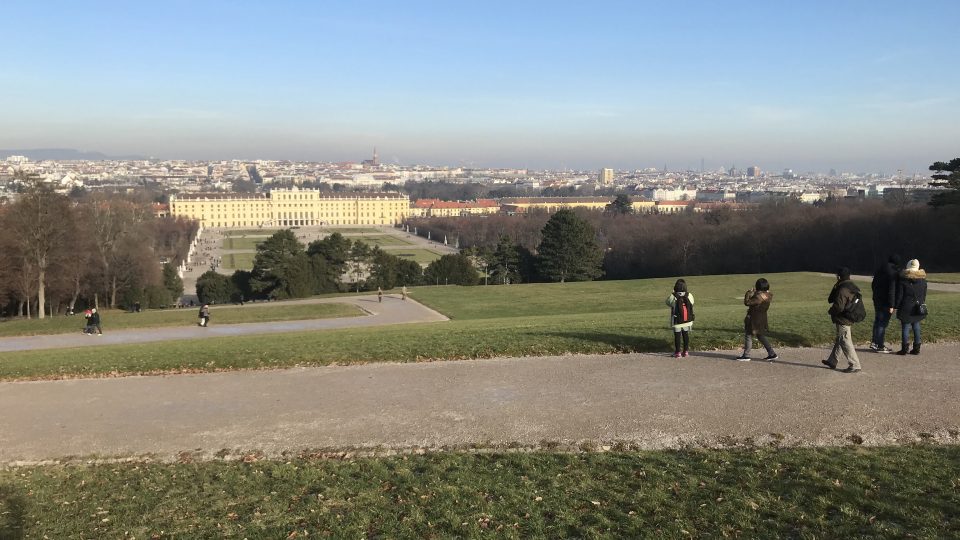 It was a steep ascent for us on the zig-zag path to the Schönbrunn Palace Garden Gloriette. This impressive structure was once used as a breakfast room for emperor Franz Joseph I.

The views from the top of the hill of both Schönbrunn Palace and the Vienna skyline were immense. I’m sure Frank Joseph I appreciated it whilst tucking into his corn flakes.

Joking aside we did see a sign saying that sledging is banned.

We then had a race back down the hill with the in-laws. The wife lost heavily, while I rolled down. 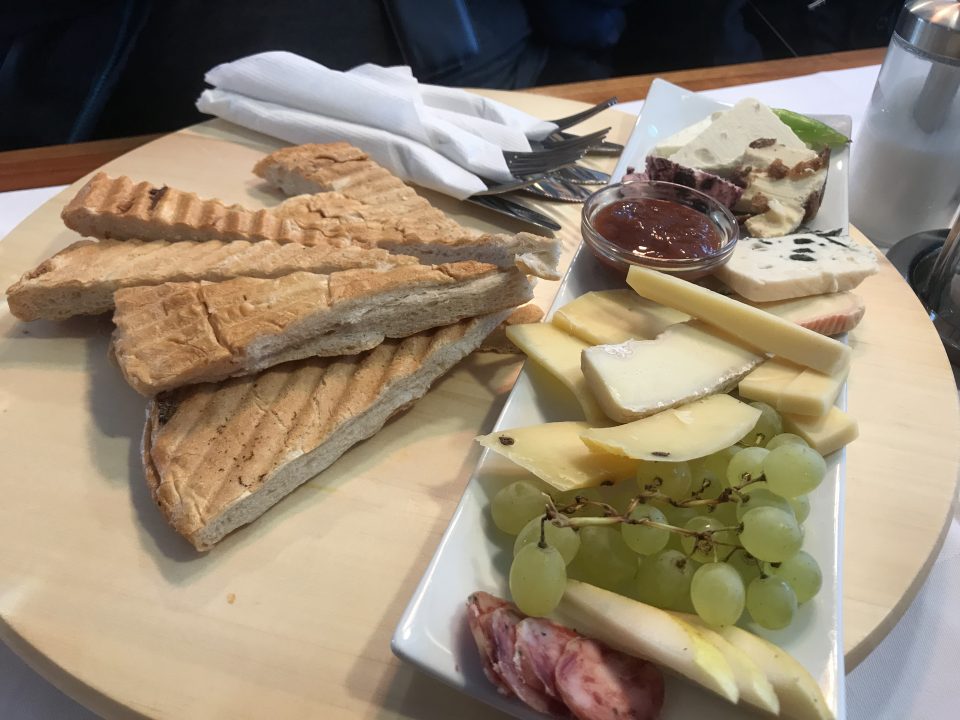 Once we left Schönbrunn Palace we made our way to Naschmarkt. This is an outdoor food market, and not Christmas market related (for a change). There are a variety of stalls selling fresh fruit, vegetables and street food.

We couldn’t resist endulging with a selection of fresh cheese and Austrian wine in a cafe called Käsehütte am Naschmarkt. Very delicious! 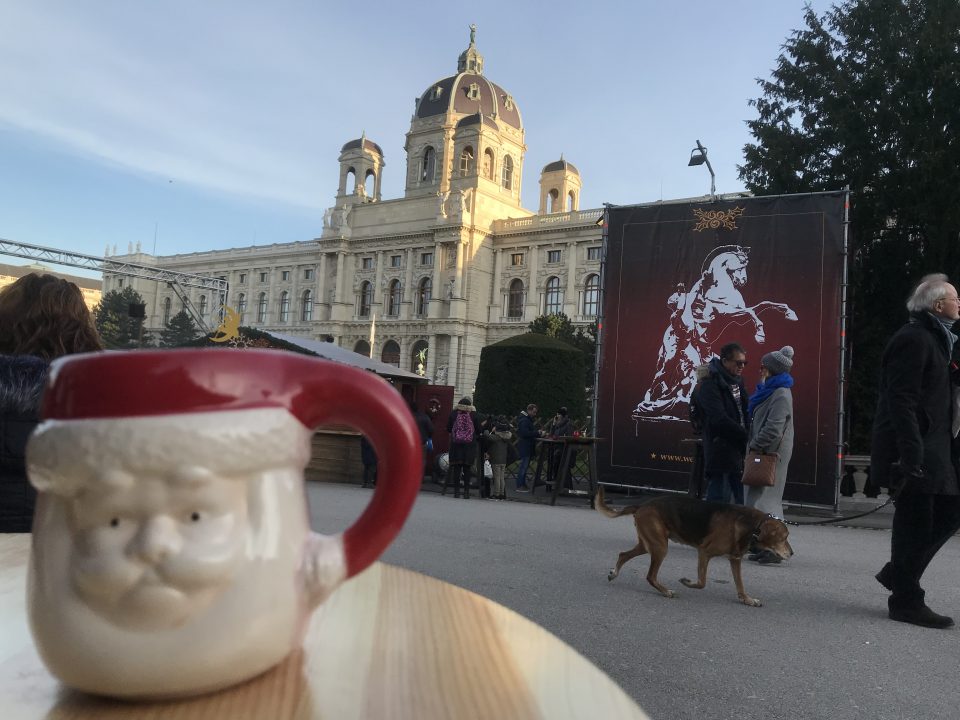 Only a short walk away from Naschmarkt is Maria-Theresien-Platz. This square is dedicated to former Empress Maria Theresa of the House of Habsburg. In the centre of the square is a statue depicting her.

The Natural History Museum and the Art History Museum face each other on the square. They are more-or-less identical buildings, the only difference between them are the statues on their exteriors.

There was another Christmas Market here called Weihnachtsdorf, or in English -Christmas Village. The mulled wine cups here were based on Father Christmas, they were the best I’ve seen in Vienna so far. 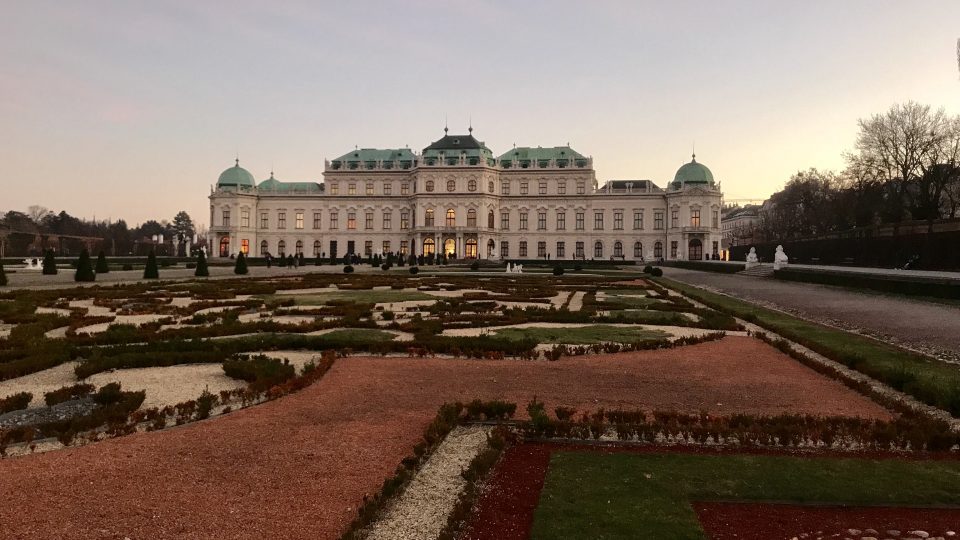 We eventually arrived at Schloss Belvedere. The Vienna tram system left us highly confused and we only found the palace through more luck than judgement.

In fact, the wife, parents and the in-laws spoke about sacking me as ‘tour guide’. They have called a board meeting for tomorrow morning. I’m doomed!

The palace had two grand palaces for us to see, Upper Belvedere and Lower Belvedere. Picturesque gardens separate the two with a variety of fountains and sculptures. The palace was once home to the Habsburg dynasty.

We were not surprised to discover that there was another Christmas Market at Schloss Belvedere. At least there was an opportunity for some more mulled wine. Slurp! 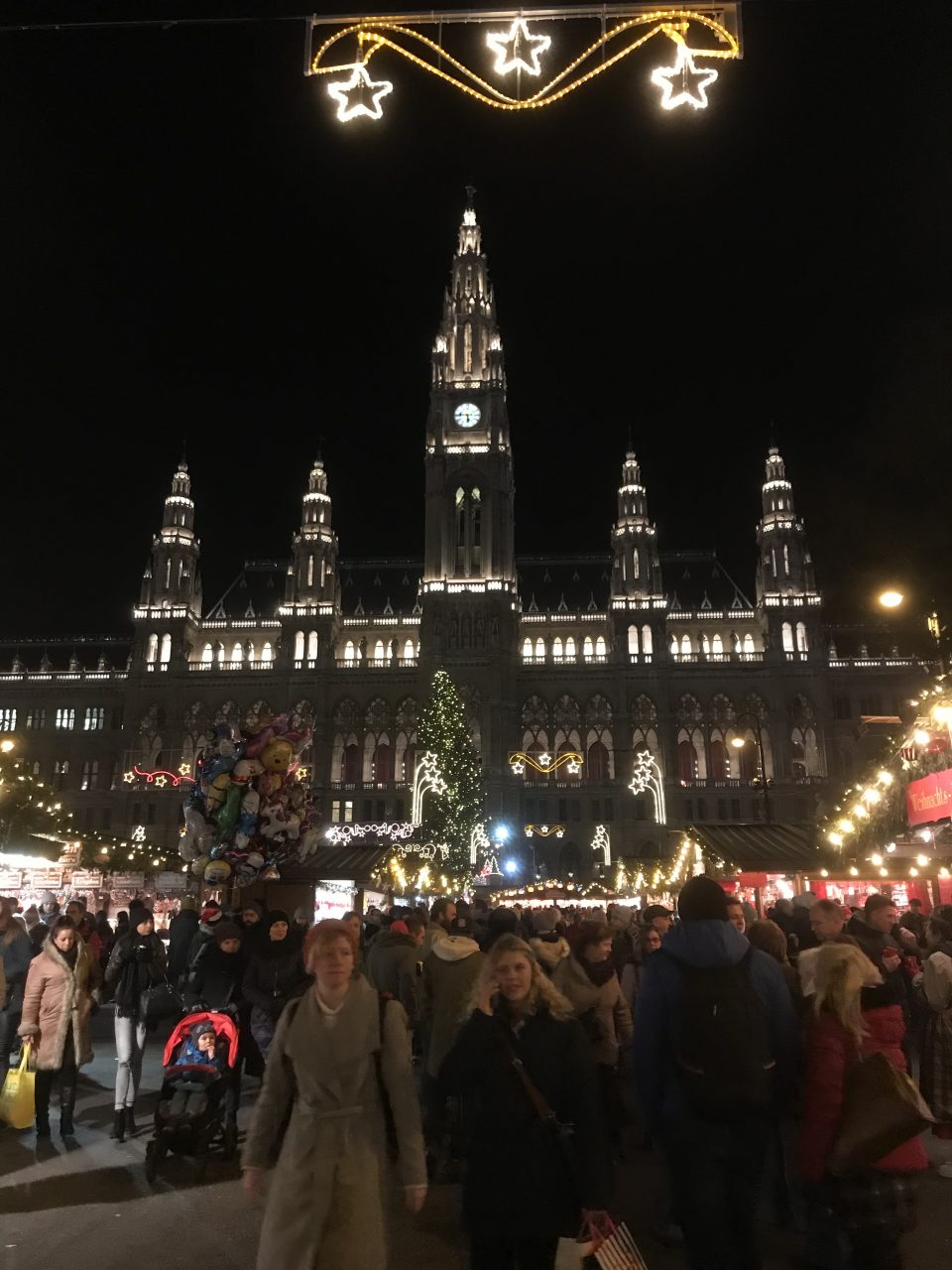 Our last port of call of the day, before our evening meal, was Rathaus Christmas Market.

We had visited Rathaus in the day previously. But at night it was even more spectacular with all the stalls, trees and decorations lit up beautifully.

The wife became fascinated with a steam powered, illuminated Christmas tree. Knowing her she will probably try to procure one for our garden! 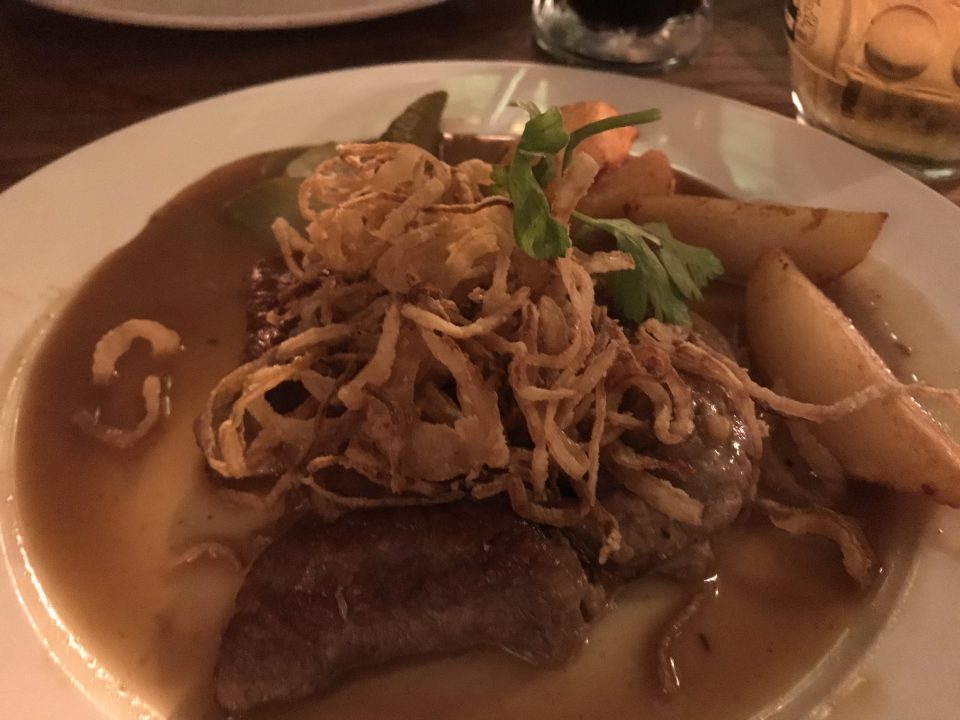 After a tiring day exploring Vienna, we were ready for our evening meal. We headed to Brezel Gwolb in the city centre.

I opted for roast beef, onions and fried potatoes for my main while the wife went for Veal schnitzel.

It was a delicious meal and a great way to end our trip to Vienna.

2017-12-07
Previous Post: A day-trip to the old town of Sopron in Hungary
Next Post: Travelling to Bilbao from Bristol Airport to taste pintxos and avoid heavy rain