Even though it’s only January, we decided to visit the city of Bilbao. We thought that it would be a great way to ease the New Year blues!

Like our previous trips to Prague, Berlin, Lisbon and Vienna, Captain Phill of the USS Minibus ferried us to Bristol Airport from Swansea. The journey took a little bit longer than usual due to rush hour traffic on the M4.

Aspire Lounge at Bristol Airport and flight to Bilbao 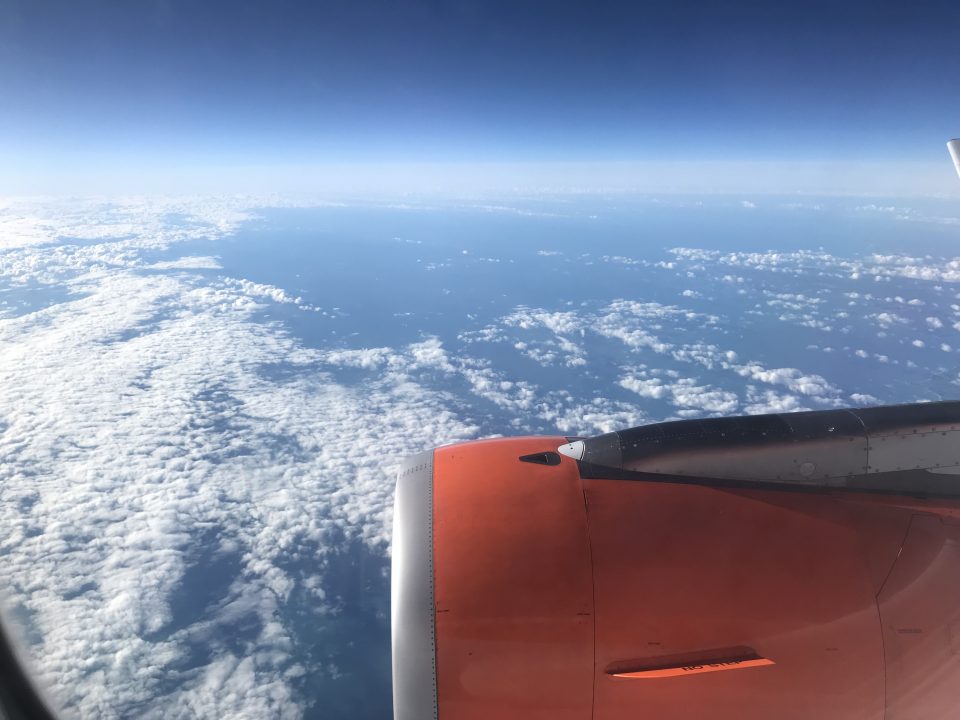 Once we were at Bristol Airport we made our way to the Aspire Lounge. I find the lounge to be an affordable alternative to the facilities in the departure lounge. Mainly because the queues for food and drink are smaller and you can get a comfy seat.

The breakfast in the Aspire Lounge was decent too. Scrambled eggs, sausage and bacon were consumed as well as a few coffees. Ok, maybe a beer too!

Our flight to Bilbao was on-board an EasyJet craft. The journey took about 1 hour 25 minutes before landing at Bilbao Airport at around 4pm.

Getting from Bilbao Airport to Bilbao City Centre 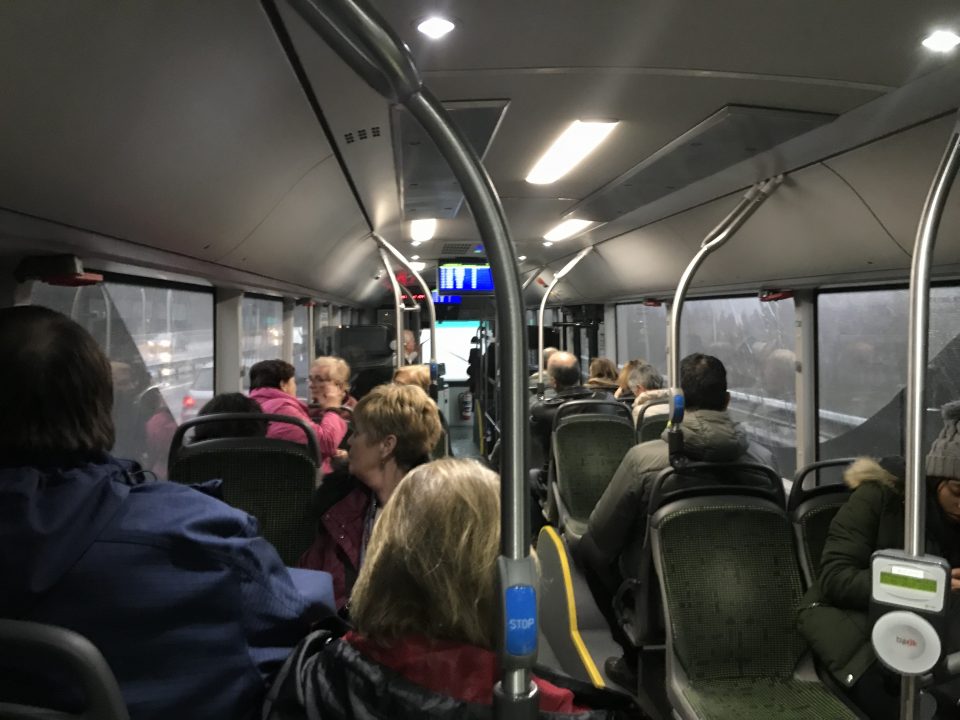 Instead of getting a taxi to Bilbao Centro we decided to make use of the Bizkaiabus. We boarded the bus, which runs every 30 minutes in winter (every 20 minutes in summer) and parted with the €1.45 fare. A baragin!

The journey to Bilbao City Centre took about 20-minutes as it journeyed through the Artxanda tunnels.

Our stop was supposed to be at Plaza Moyúa, but we missed the stop completely. Once we finally disembarked the bus at San Mames Stadium, we made the 10 minute walk to our hotel. I was taunted by our humble party for forgetting our stop, probably because it was raining heavily. “Sacked in the morning” apparently! 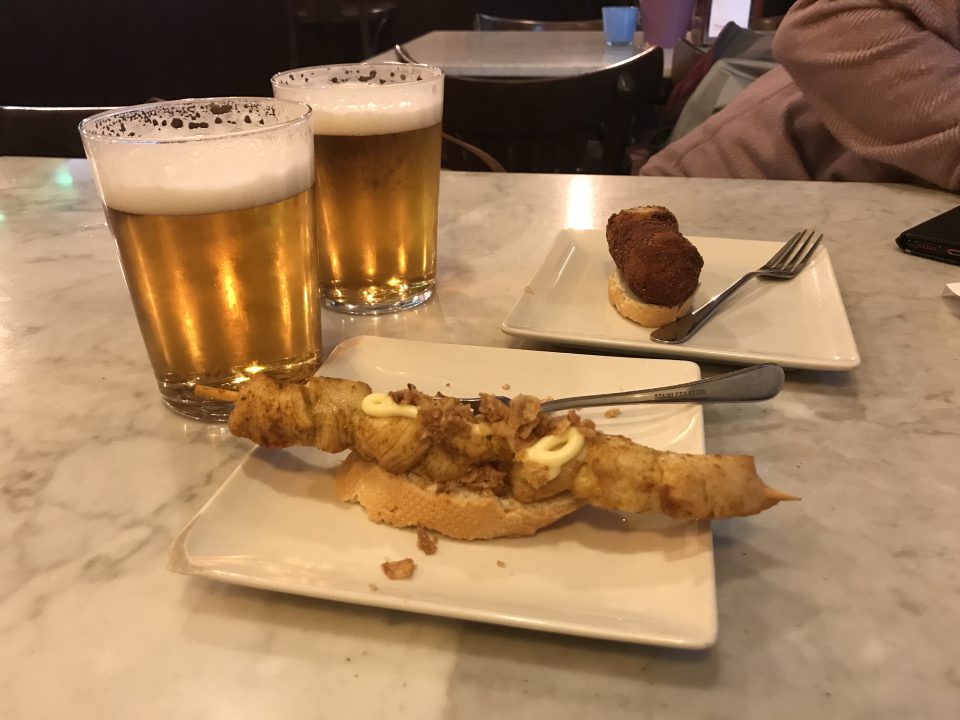 Once we checked in at the hotel and the friendly receptionist told us exactly what he thought of former Athletic Club Bilbao and Swansea City player Fernando Llorente, we headed out into rainy Bilbao for the evening.

Or to be more accurate, our destination was the bar across the road from the hotel. In this premises called Taberna Danenak, we enjoyed a beer and two small pintxos.

If you don’t know Pintxos are the Basque country’s appetising version of tapas. Generally they feature a slice of bread accompanied by meat, seafood, cheese, vegetables or fruit.

In this bar, the pintxos we chose were a chicken kebab and a croquette. They were very tasty as we munched on them and watched the rain fall outside. 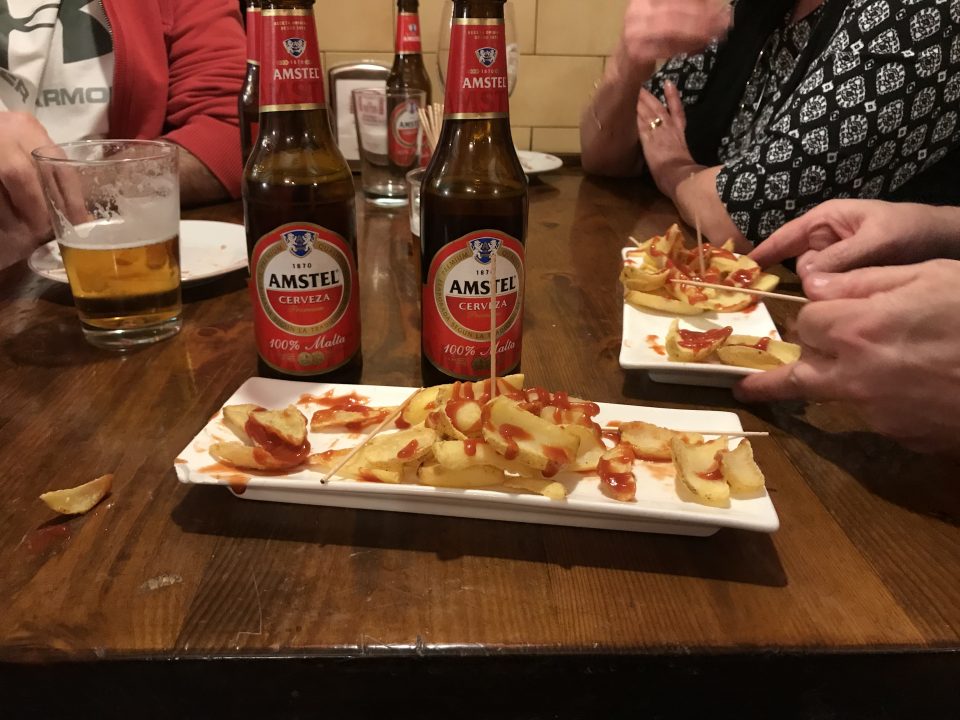 With it getting darker and the rain getting heavier we made our way to Meson Los Arcos for round two of pintxos. This time we enjoyed a ham and cheese based snack and patatas bravas. All washed down with another cold beer.

We ended our shorter first day by watching some football in a local bar.

It will be our first full day in Bilbao tomorrow which coincides with my birthday. Hopefully the rain will stop for it!