Driving from Prince Rupert to Smithers, BC

It was a nice journey for us as we made our way along British Columbia’s Yellowhead Highway from Prince Rupert. We saw some amazing things along the way including the Hazeltons, Twin Falls and the town of Smithers, BC.

We had an amazing time discovering the town of Prince Rupert yesterday, so we were hoping for another good day as we made the journey to Smithers, BC.

After packing our bags into our car we made our way onto the Yellowhead Highway to begin the day’s adventure.

View from near the Galloway Rapids Bridge 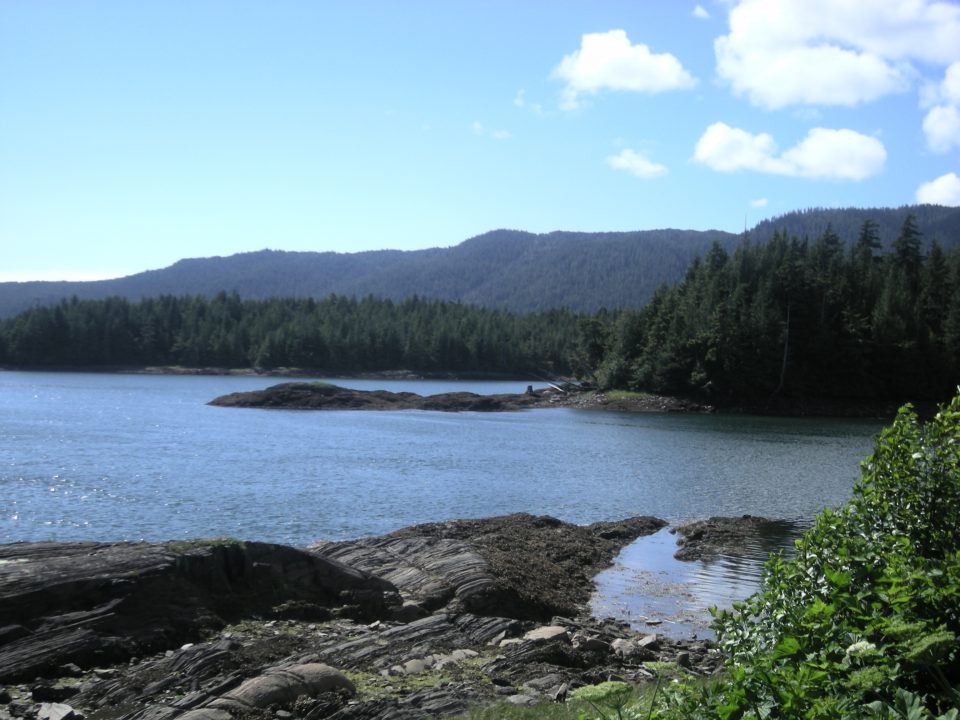 We hadn’t travelled very far before we had to make our first stop. Just after Galloway Rapids Bridge on the Yellowhead Highway, we had to pull over to appreciate the view. It seems we weren’t the only ones either as a few other people did exactly the same. 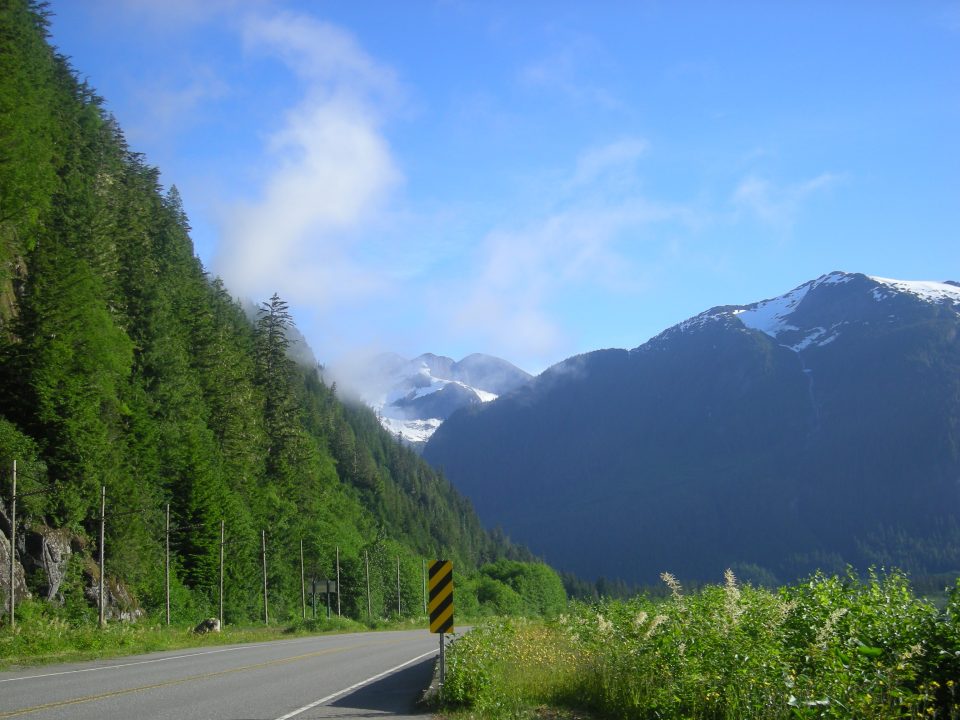 It turned out that the view from Galloway Rapids Bridge was just the start of many amazing scenes. As the Yellowhead Highway flanked the Skeena River there were many more photo opportunities of the landscape and waterfalls. What a lovely stretch of road.

The only sad sight we saw was that of a dead bear at the side of the highway. 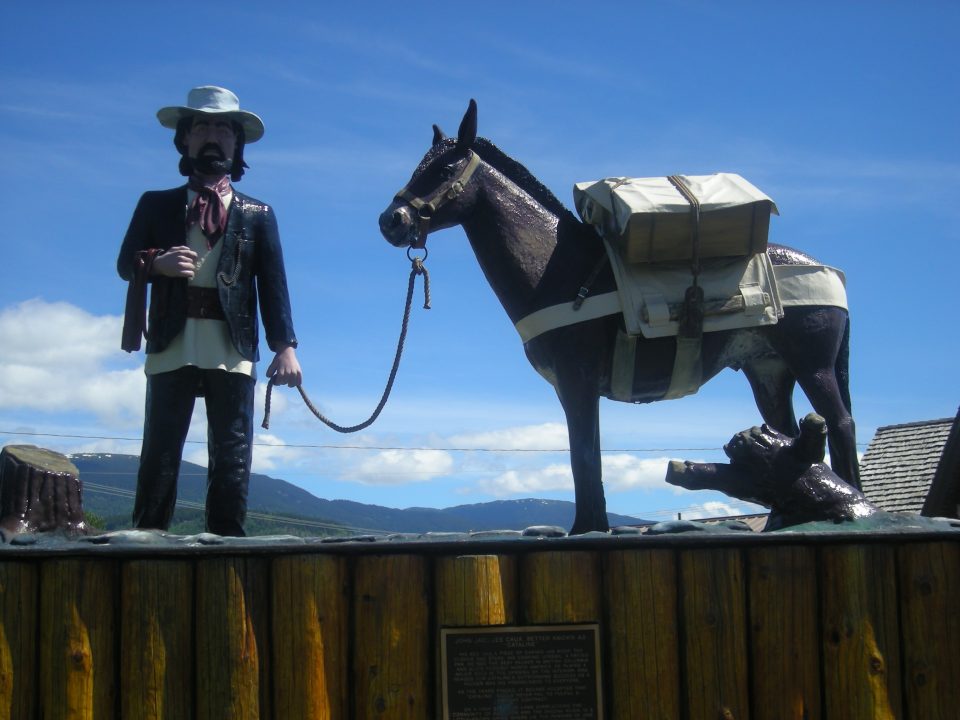 We continued along the Yellowhead Highway to The Hazeltons. The Hazelstons consists of three villages Hazelton, Old Hazelton and New Hazelton and are located within the breathtaking Roche de Boule Mountain Range.

At the Hazelton Tourist Information Centre are some statues dedicated to the area’s frontier past, one prominent statue depicts Jean Caux. Nicknamed Cataline, John Caux played an important part of Hazelton’s history. He was a freight packer from 1858 until 1914 and was based in Hazelton from where he supplied repeating stations between Hazelton and the Nass River. 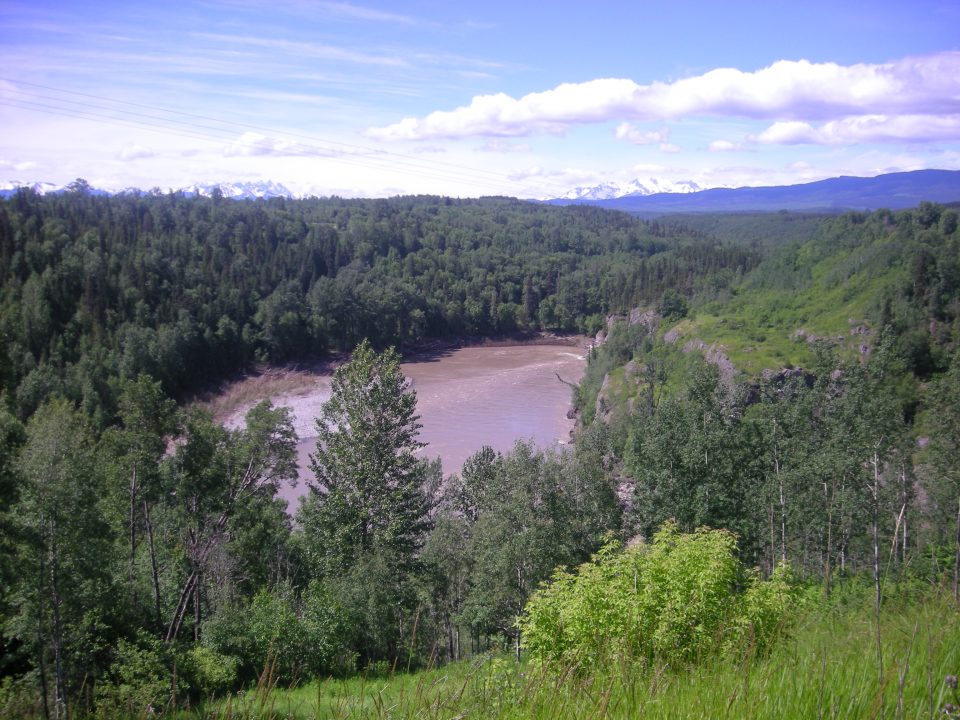 We were really impressed with the views of the Buckley River below us and the surrounding landscape. 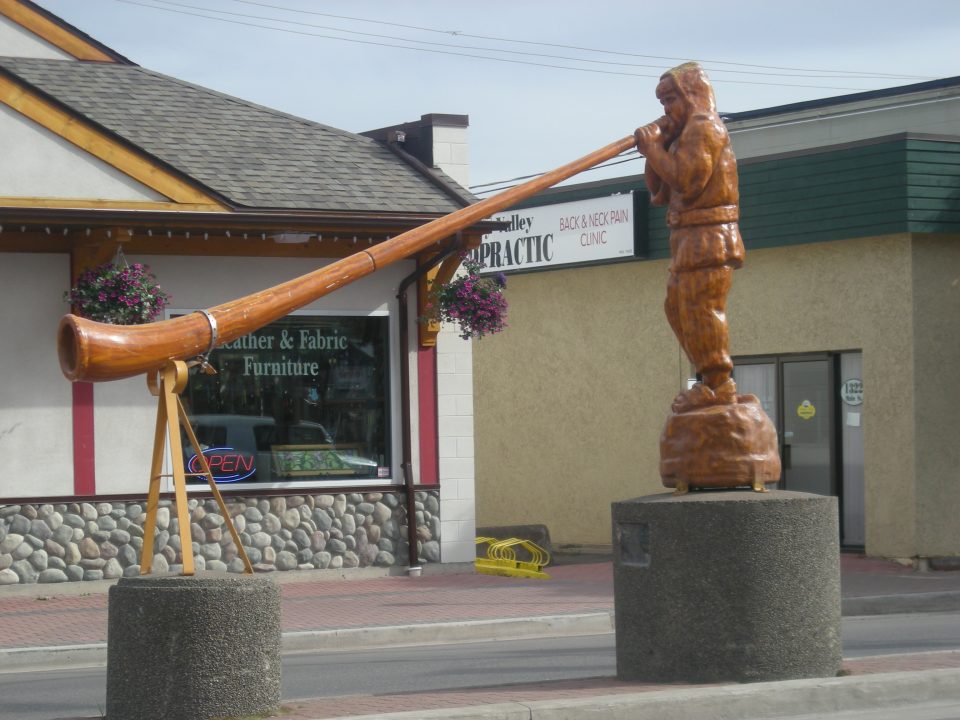 Once we got back into the car it was only a 50-minute drive along the Yellowhead Highway to our destination at Smithers, BC. As we came to expect the view along the way continued to impress us.

Smithers was founded in 1913 and was once the regional headquarters for the Grand Trunk Pacific Railway. The town was named after the railway’s chairman Sir Alfred Smithers.

When we arrived at our hotel the Storks Nest Inn we were surprised to see a Welsh language calendar on display in reception. As proud Welsh people, we had to ask the receptionist about it. They informed us that they had Welsh friends who had sent them it.

With our bags dropped off in our hotel room we wandered around Smithers, BC and had a bite to eat. Along Main Street there was an interesting wooden sculpture and a pretty town clock. 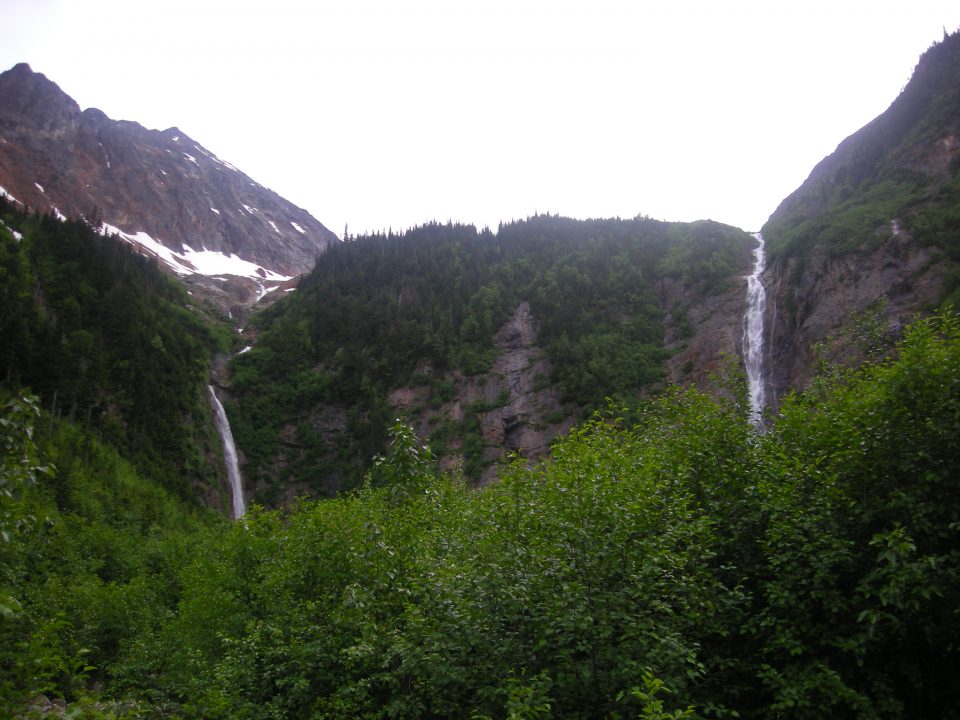 We had some time to spare before the evening drew in so we got back in the car and made our way to Twin Falls Recreation Site. As the name suggests this site is home to twin waterfalls.

Twin Falls was a beautiful place to end our day and it was so relaxing to listen to the water as it fell from the mountain, even if some local youths turned up with music blasting from their cars just before we left.

2007-07-07
Previous Post: Discovering the city of Prince Rupert, British Columbia
Next Post: The long journey from Smithers to Prince George, BC