After months of waiting the day finally arrived. We were off to Toronto, Canada! The excitement didn’t even fade when the alarm woke us up at 5.30am.

The car trip to Heathrow was very straightforward with no traffic to hinder us.

Heathrow Airport and flying to Toronto 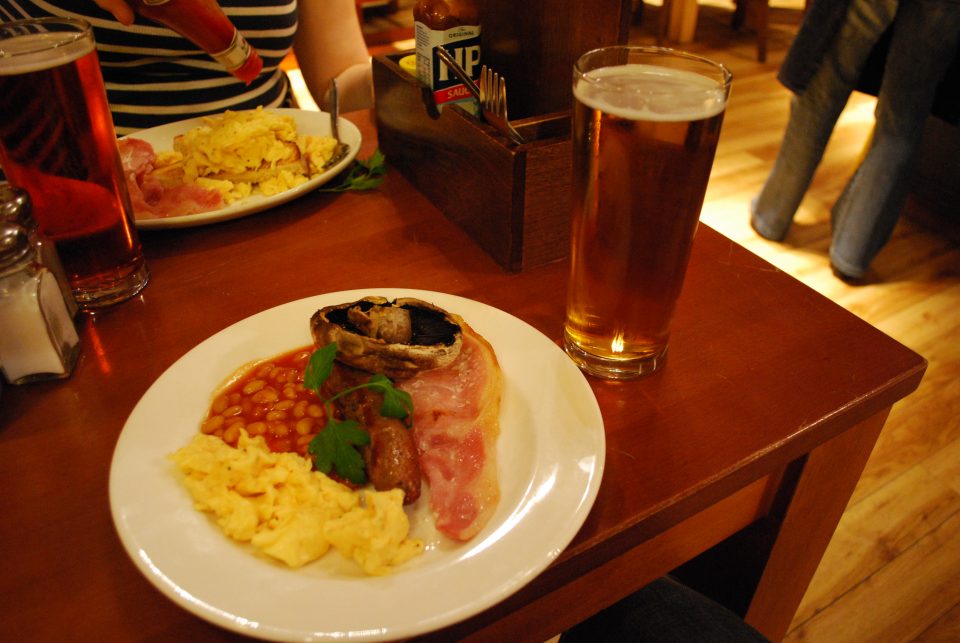 After checking in at the airport my stomach was rumbling for nourishment, so we headed to a restaurant for a breakfast and a pint.

I was quite impressed with the shops in the airport with a Harrods, HMV and Dixon’s amongst the establishments vying for travellers money. After spending a small fortune at the restaurant earlier, however, my wallet remained in my pocket with the padlock attached.

The flight went well and I had my first Molson’s Canadian beer for 4 years. The food was ok for a plane. Chicken pasta for lunch and a pizza for a snack later.

Arriving in Toronto and getting to the hotel 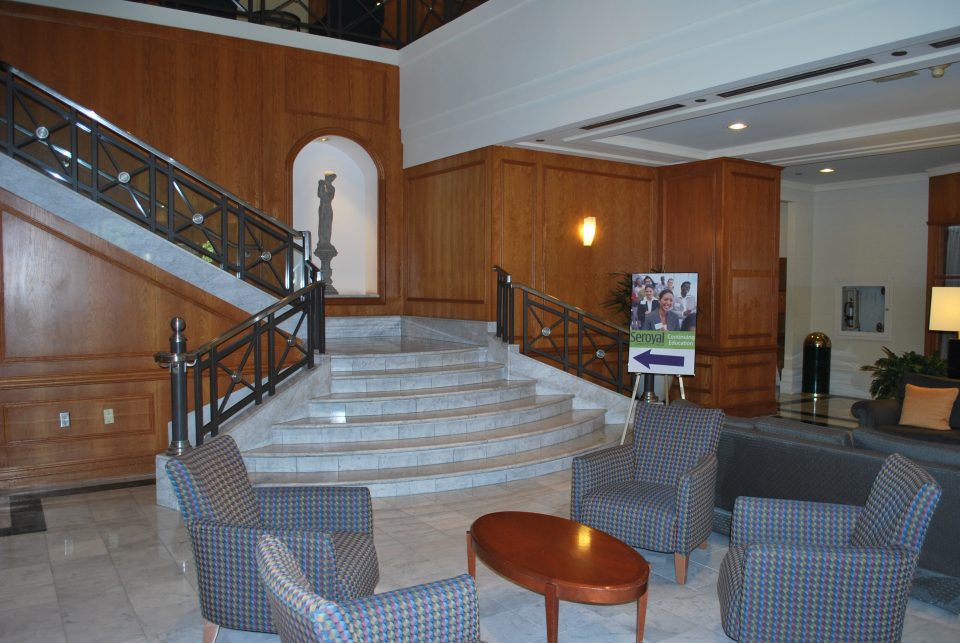 Like every trip we have previously made, our cases came off the plane last. Once we claimed them it was off to get a taxi to get to the hotel in Downtown Toronto.

Our taxi driver seemed to like drifting between lanes and speeding up behind traffic on the way into the city so it was a relief to get to the hotel in one piece.

The skyline amazed me too. I’ve been to big cities before but the size of the CN Tower is unbelievable.

After unpacking we watched a few minutes of Toronto FC v Sporting Kansas City game on the TV before heading out to get some food. 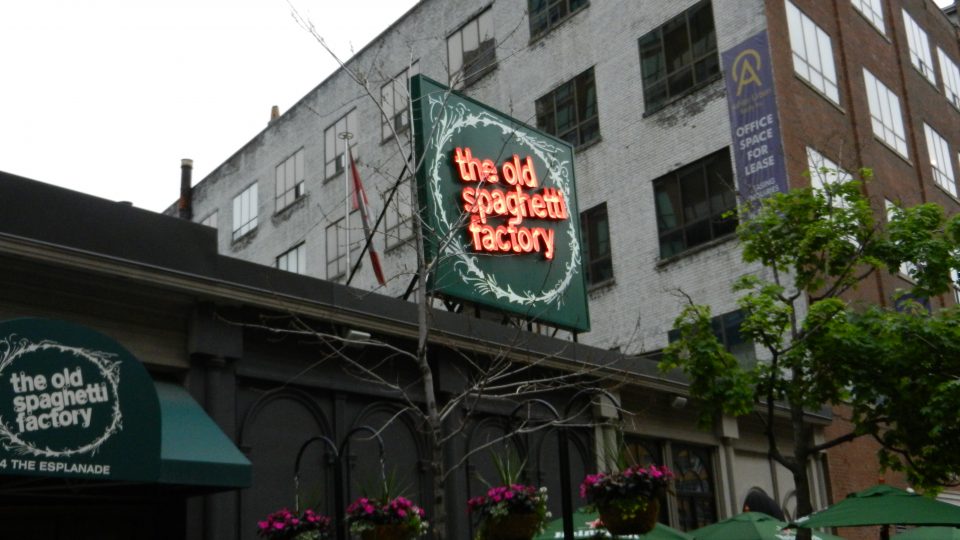 Being jet lagged and tired due to the time difference we opted to eat at the Old Spaghetti Factory.

I have eaten in this chain before in both Vancouver and Banff. The Toronto outlet was no different, same décor, the same value for money, decent food and the staff burst out in song when it’s someone’s birthday.

I also managed to get my first pint of Steam Whistle lager and nice it was too.

Tomorrow will see much more adventures on our first full day in Canada’s biggest city.