By: ynysforgan_jack
In: Canada, City-break, Toronto, Travel
With: 0 Comments

After a sleep where I woke up every hour on the hour, we finally set out to explore Toronto on our first full day.

Despite the disturbed sleep, we were feeling more awake after yesterday’s long journey. 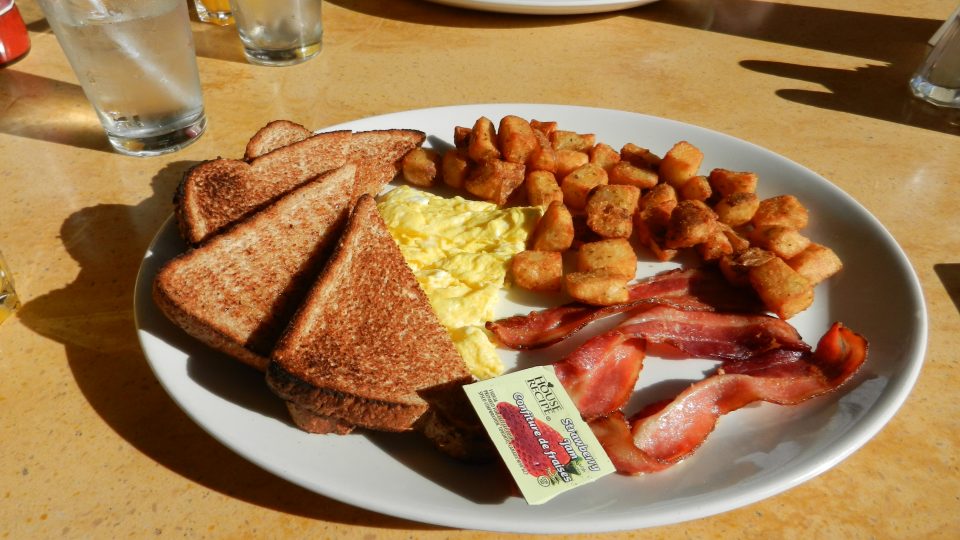 To prepare for our day we needed appropriate fuel. So we visited a restaurant called Fran’s after I saw a recommendation on YouTube.

We took our seats in the sun and ordered the premium breakfast and an orange juice. It didn’t disappoint either, the scrambled egg was excellent. 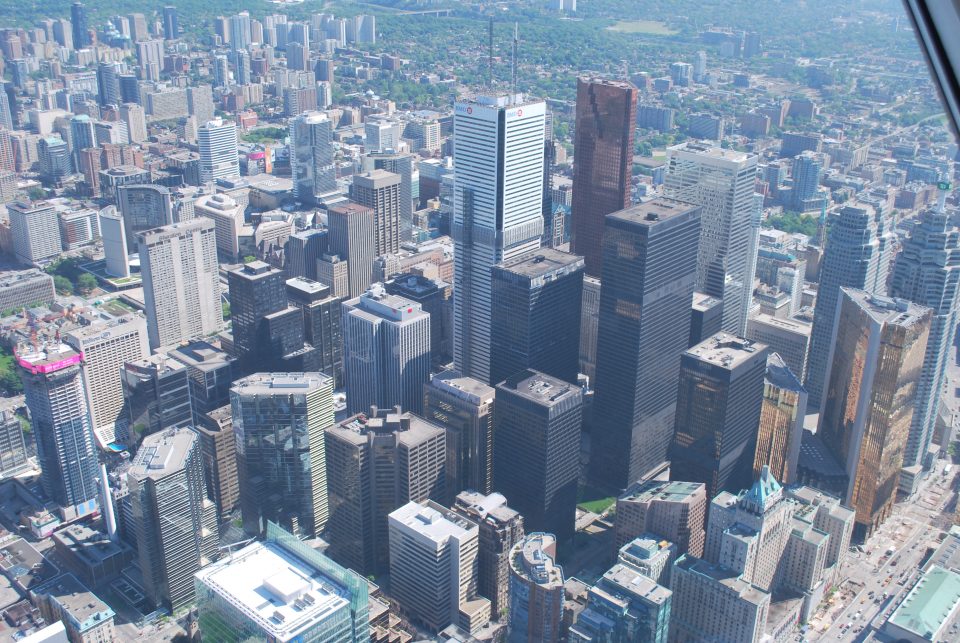 It was then only a short walk to the CN Tower. We avoided the queues because we had pre-ordered the Toronto City Pass.

The glass elevators took us up to the lookout levels in a matter of 60 seconds. The speed was unbelievable.

The views of the city were amazing. The downtown area and harbourfront looked like models.

The glass floor was certainly an experience too. Not being the biggest fan of heights I managed to walk across it at a push. But my girlfriend was brave enough to sit on it, lie on it and look face down too!

With that traumatic experience over I needed some fresh air! So we took a walk on the outdoor terrace. It was no surprise being that high up that the wind was very strong.

To get some even better photos, we paid extra to go higher up the CN Tower to the Skypod. This level was much smaller but the views of the city were even better. 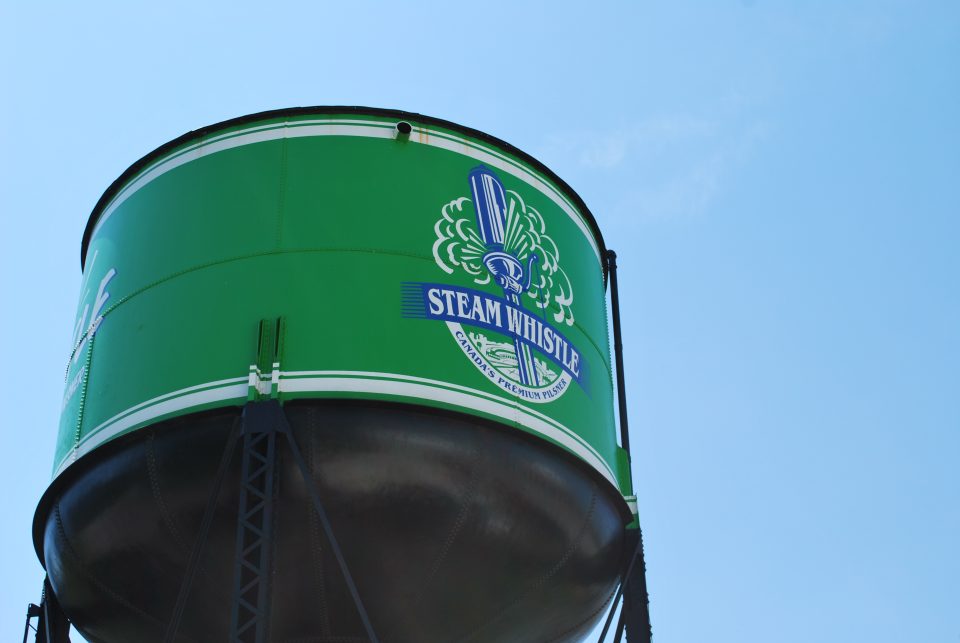 After getting back down to earth, and getting the obligatory outside photos of the tower we walked over to the Roundhouse. A restored 1929 railway building home to Steam Whistle Brewing.

We booked on the 12:30 tour and had a quick sample of the beer. The staff were quite happy to be working here as they were belting out songs such as ‘Reach for the Stars’ and ‘Rescue Me’.

With an hour to wait before the tour and not wanting to hear the staff sing other rousing classics, we went for a quick walk around the outside the Rogers Centre.

It was back to the Steam Whistle Brewery for the tour. The tour guide was very thorough giving a complete background on the history of the brewery.

It was started by three men who had been made redundant from a brewery in Toronto. They leased a property in the Roundhouse and wanted to call their beer “Three Fired Guys” but were told the name wasn’t marketable.

So the three businessmen came up with the name Steam Whistle after a horn which signified the end of the day for workers in the nearby area. 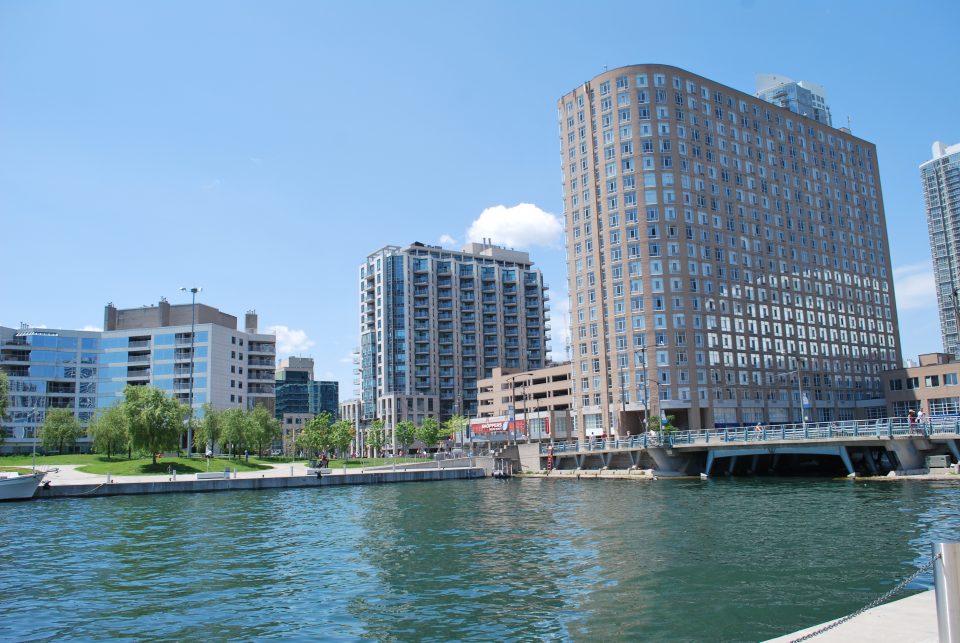 After the tour and more samples of the beer we purchased a pint glass and went for a walk along the harbourfront. With the sun baking the city, residents and visitors had a similar idea. Sunbathers, skaters, joggers and dog walkers were out in force on this relaxing walk.

Yachts, boats and canoes were on Lake Ontario and I’m sure the Toronto Islands were equally as busy with activity.

The only downside to this nice walk was that there was a great deal of noise from an airport on Toronto Island. 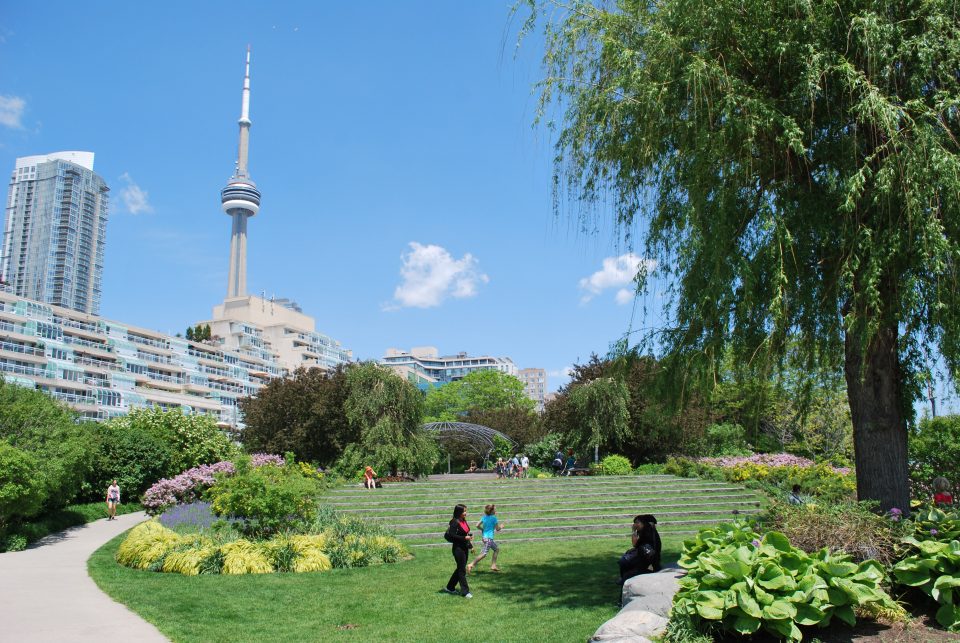 There are lots of parks along the harbour. The first being Spadina Quay Wetlands. Apparently, this used to be a car park but was developed into a large ecosystem complete with plants, fish and birds.

Right next door to this is Toronto Music Garden. This is a relaxing park with a curving path through a meadow of wildflowers and an array of plants and flowers arranged in response to music. 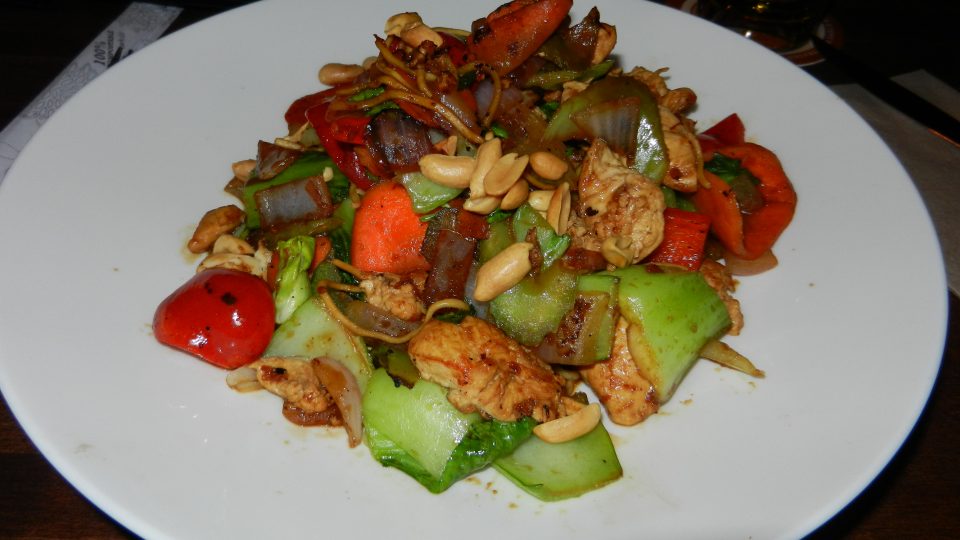 On the walk back to the hotel we had the opportunity to taste a beef hot dog from a street vendor.

It was actually quite good and people could choose from around seven varieties of onions, relish and chutneys to go with it.

After a few hours rest we set out for an evening meal. Earl’s Restaurant was our choice this time to give me a chance to have a pint of Albino Rhino beer. For starters, I went for spicy black bean soup and for main Hunan Kung Pao.

It was then back to the hotel for a few beers before turning in for the night.

For our final day in Malaga we decided to visit the Museo Carmen Thyssen, the Alcazaba, Castillo de Gibralfaro, Malaga Harbour and Playa la Malagueta.
2011-06-06
Previous Post: A long day of travelling from Swansea to Heathrow and then Toronto
Next Post: Seeing the animals of Toronto Zoo