By: ynysforgan_jack
In: Canada, City-break, Travel
With: 3 Comments

It was up early today for a bus trip to Niagara Falls. A trip to this amazing natural attraction was one we wanted to make for years.

We departed the hotel and 8:30 am prompt and the bus made its way out of Toronto and down to the Niagara Peninsular.

The peninsular is teaming with vineyards and wineries and we were told that we would return at the end of the day for some tastings of red, white and ice wines. 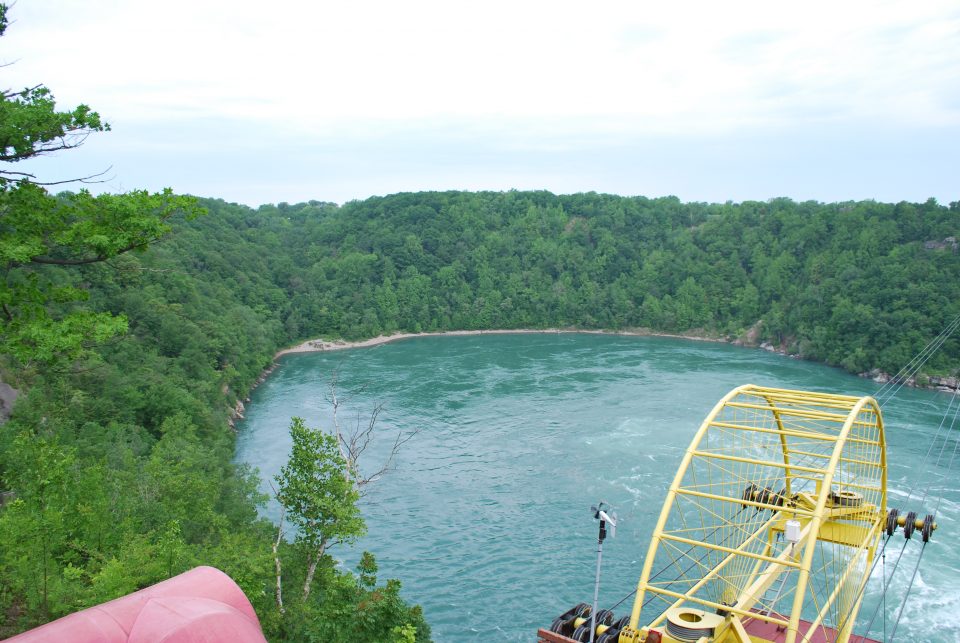 The first stop was the Niagara Whirlpool, which has a cable car going across it. This a natural whirlpool and is downstream from Niagara Falls. The whirlpool’s depth is 125 feet.

There’s a cable car here called the Whirlpool Aero Car which whisks passengers over the Niagara Whirlpool and back. 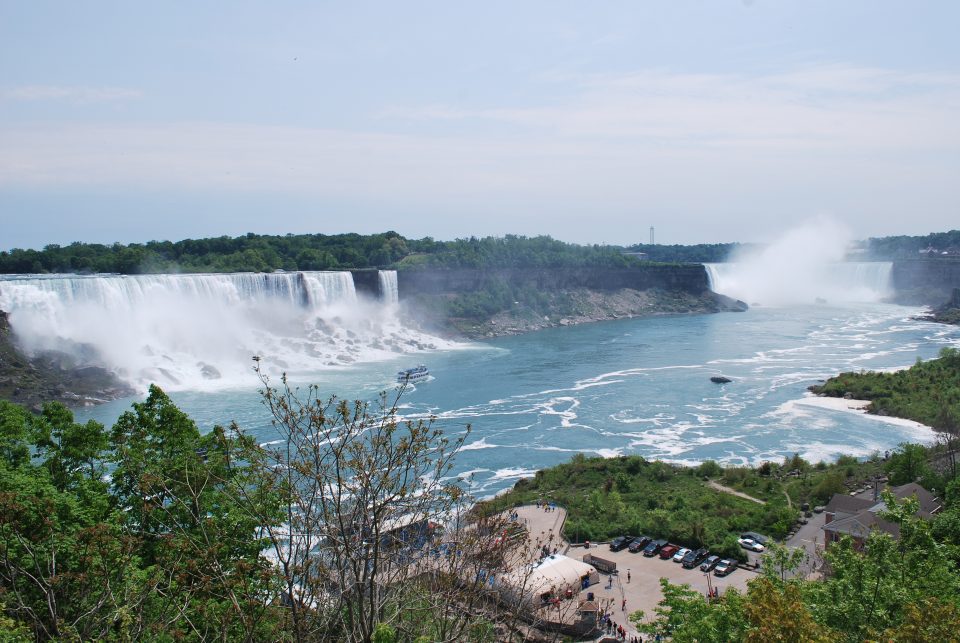 It was then onward to Niagara Falls. I have seen the falls on many occasions on TV but I didn’t expect seeing them with my own eyes would be so spectacular.

The falls are essentially in two parts, the more impressive horseshoe falls and the American falls.

Walking along the viewing platforms was like going into a shower. Honestly, you could take some shower gel and have a wash. The mist was reaching at least twice the height of the falls themselves.

Maid of the Mist 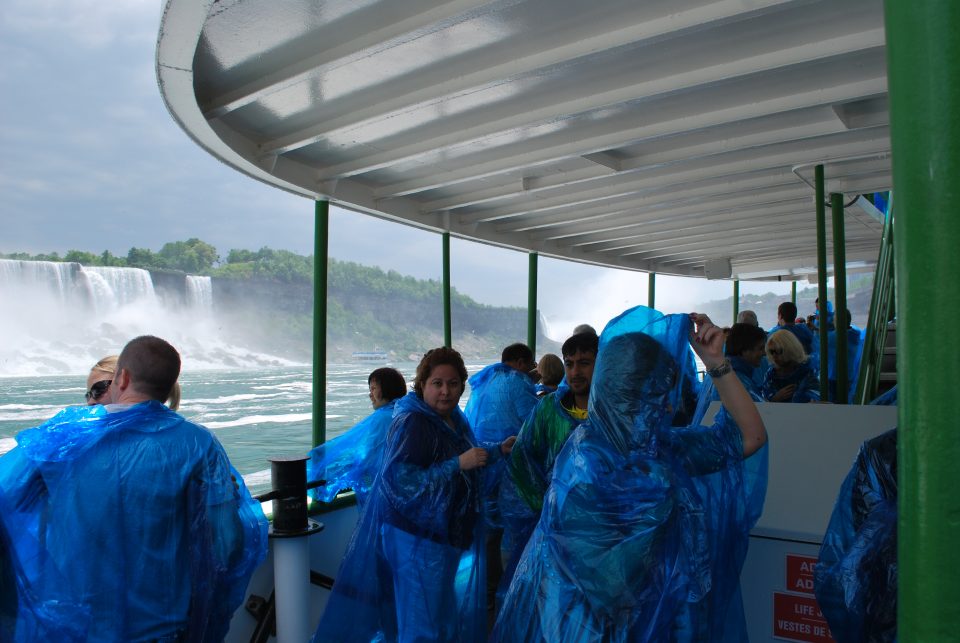 It was then time for the main event of the day The Maid of the Mist boat tour.

On the way down to the craft you are issued plastic ponchos to go on board with. They were definitely needed.

The mist generated was greater than both the shower I mentioned on the viewing platform and the one I took this morning.

But what an experience it was. The mist made photography difficult but taking a boat trip into the mouth of one of the world’s famous waterfalls was something I won’t forget. 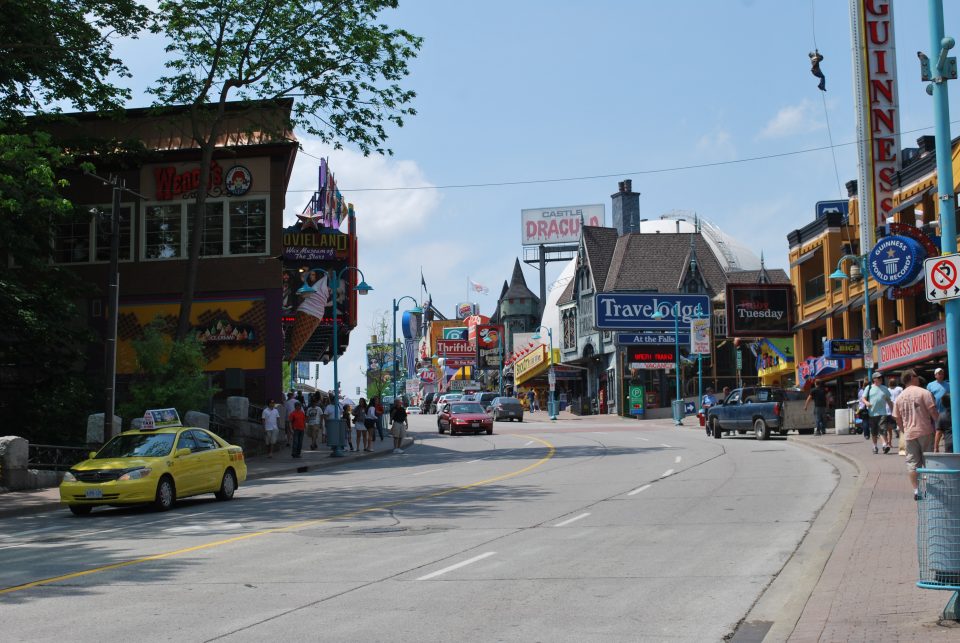 It was then time for a walk around Clifton Hill, the road next to the falls. Clifton Hill is a major tourist attraction in Niagara Falls, and is home to shops, museums, haunted houses, restaurants, hotels and other attractions.

We found Clifton Hill to be very commercial with casinos and shops trying to maximise tourism spend. 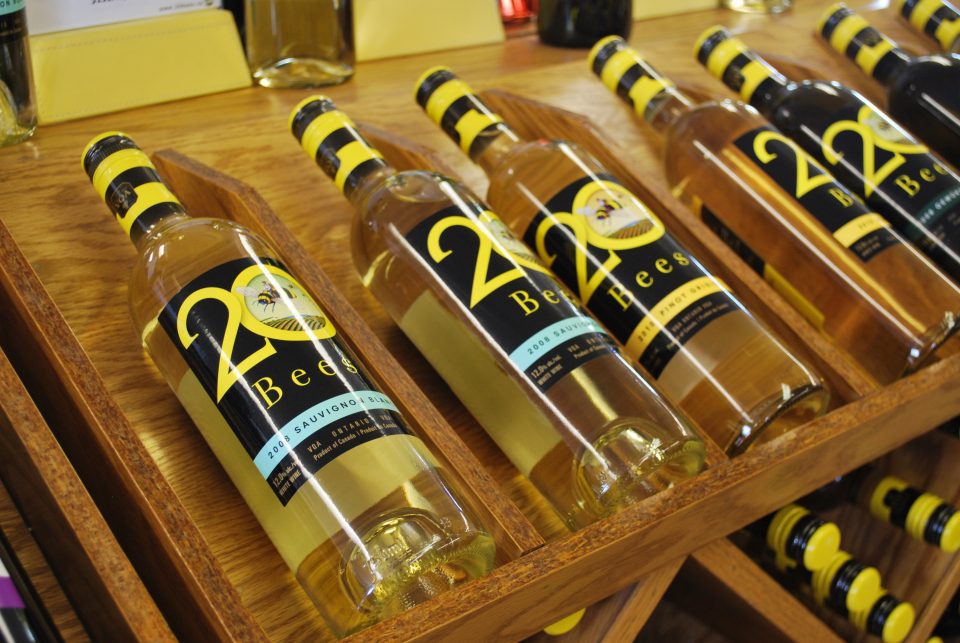 All this excitement made us thirsty, so it was back on the bus and to one of the wineries in the Niagara Peninsular.

The winery in question was 20 Bees. A company with that Canadian actor Dan Aykroyd is a shareholder.

Free tasters of white, red and ice wines were then handed out.

The ice wines were delicious but very pricy, so we purchased a couple of regular bottles of wine for later consumption. 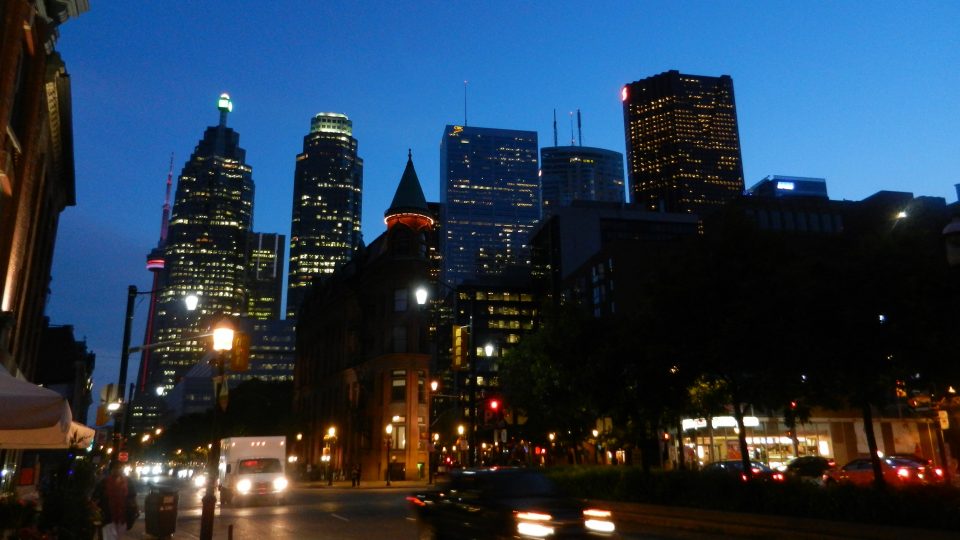 We got back to the hotel about 6pm and got ready to go out for food. It seemed that most of Toronto had the same idea.

With dusk approaching and after unsuccessfully trying a few places we eventually found, after extensive walking, a bar called the Jersey Giant.

I opted for a pint of Moosehead and halibut and chips which the menu claimed has been voted the best in town.

To be fair it wasn’t exaggerating, the fish was excellent, it was second only to the halibut I consumed in Campbell River, BC.

Back at the hotel we opened the wine from Niagara and planned tomorrow’s proceedings.