By: ynysforgan_jack
In: Lisbon, Portugal, Travel
With: 2 Comments

A trip to Lisbon’s District of Belem was on today’s agenda to see the Jerónimos Monastery, Padrão do Descobrimento and Torre de Belem.

We woke up refreshed and ready after yesterday’s walk around Lisbon. As it was my wife Hayley’s 30th birthday we were particularly excited.

Breakfast was very good with a large choice of food. It also involved Hayley causing a queue at the toaster after forgetting to turn it on and Mark volunteering to make fresh orange juice for random people. A job opportunity for him perhaps?

Jo mentioned yesterday that she was surprised about the lack of pigeons in Lisbon. Our walk to the metro station provided a possible explanation. After hearing a loud noise we noticed that a net had been cast over a large group of pigeons. They were then loaded into crates and taken away. We can only hope that they were released in a suitable location.

After we arrived at Praça do Comercio we queued to get the tram to the district of Belem. 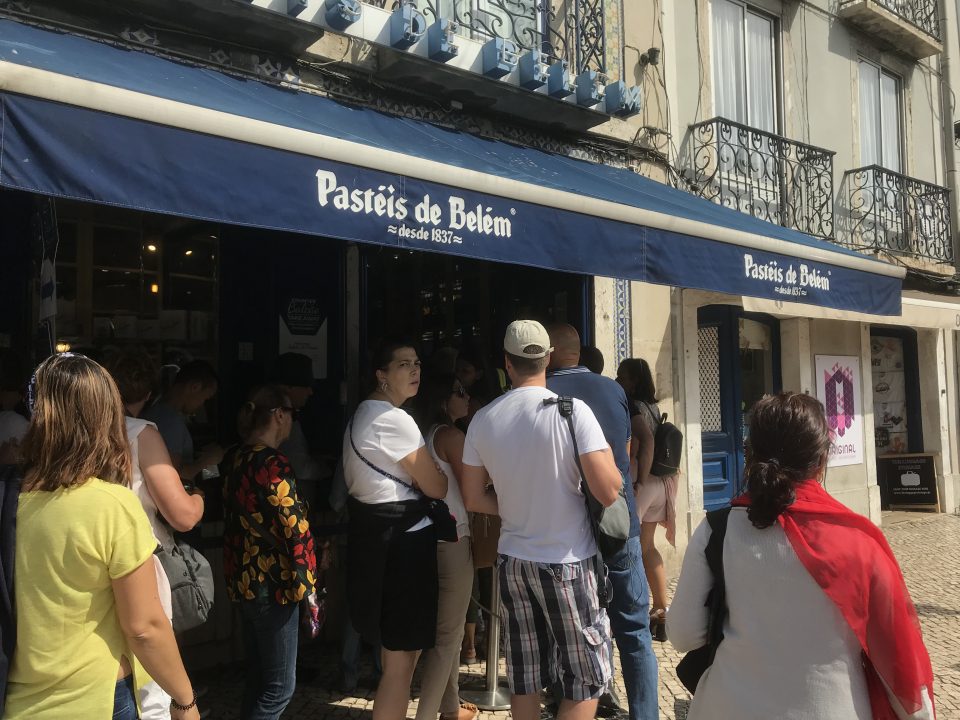 We somehow coped with the cramped tram to Belem. I can only imagine that the conditions we endured were similar to those experienced in hell itself.

This was soon forgotten at Pastéis de Belém, our first port of call. This cafe is renowned for their tasty Portuguese custard tarts. Monks in the nearby monestary started the business after being expelled in 1837. To this day only six people know the secret recipe.

After consuming one of these delicious pastries we all agreed they were the best we had in Portugal. They were definitely better than the ones available in Morrisons back in the UK. And they are nice too! 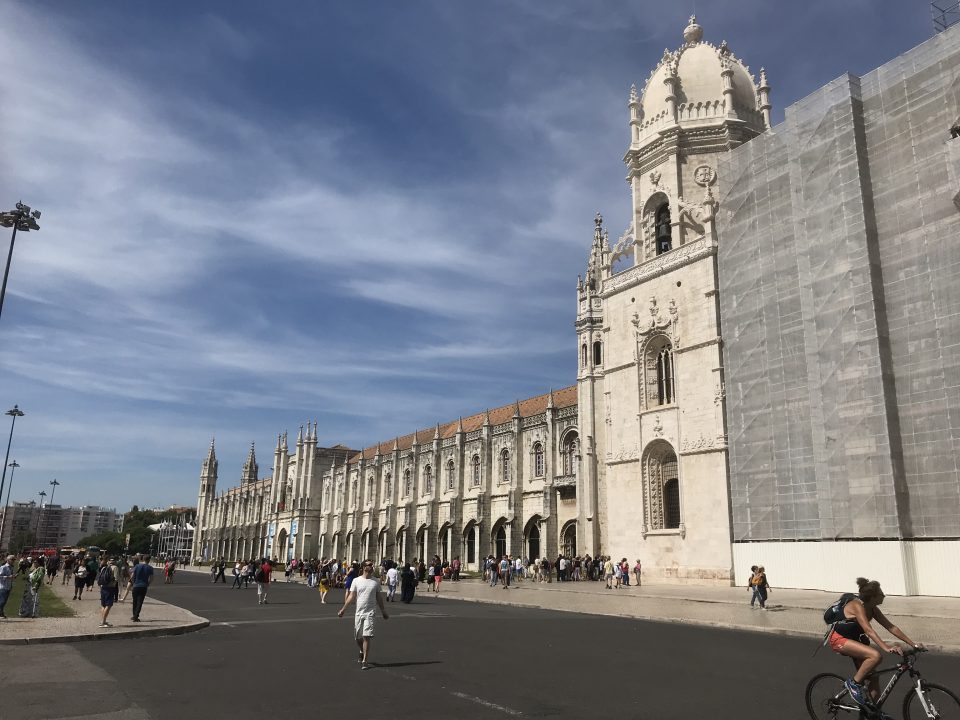 Jerónimos Monastery is one of Belem’s main attractions. It’s a UNESCO World Heritage site and was designed to mark the return of explorer Vasco da Gama from India.

We did try to get in the church to see Vasco da Gama’s tomb. But it seemed that every security guard was pointing us in the wrong direction. One even told us to walk to an entrance on the complete opposite side of the building. We gave up in the end.

Accross the road we strolled through the gardens in front of the monastery. They were certainly beautiful but unfortunately the fountain wasn’t functioning for our visit. Hadn’t they heard that it was Hayley’s 30th birthday? 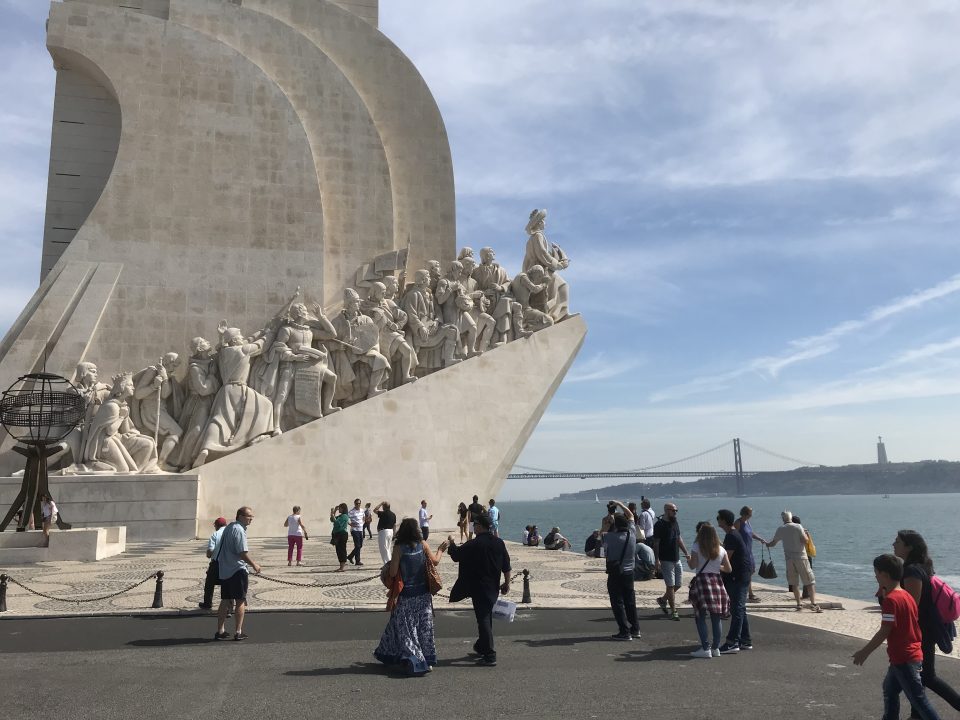 From the gardens we walked to Padrão dos Descobrimentos. This 52 metre high monument celebrates the Portuguese Age of Discovery during the 15th and 16th centuries.

A mobile cabin near the monument was selling the Portuguese delicacy of bacalhau. We just had to try one of these cod and potato fish cakes. In the words of the Fast Show – nice!

We then had a lovely walk along the Tagus river and stopped for a drink in 38º 41′ bar. It was nice just to sit back to relax and sip a Sagres while enjoying the view. 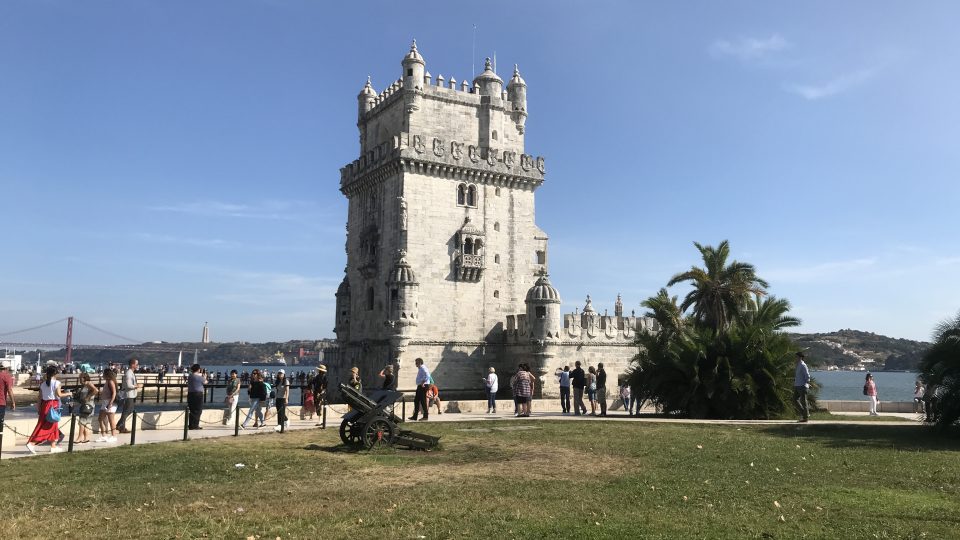 Before arriving at Torre de Belem we had a spot of lunch. This was the scene where Mark and Becca successfully trapped a persistent wasp in a carton. They released it away from the cafe and our food.

We then arrived at the Torre de Belem. This historical fortification was built in the 16th century to protect Lisbon harbour from raids. The Tower is also listed as one of the Seven Wonders of Portugal.

With the day drawing to a close, it was then time  for everybody to jump aboard the tram back to Lisbon. Once again it was full to the point that you couldn’t move.

We had a great time in Belem, even if we were offered selfie sticks and sun glasses on 765 occasions.

When we arrived back at the hotel we immediately got ready for Hayley’s big night out in Bairro Alto. 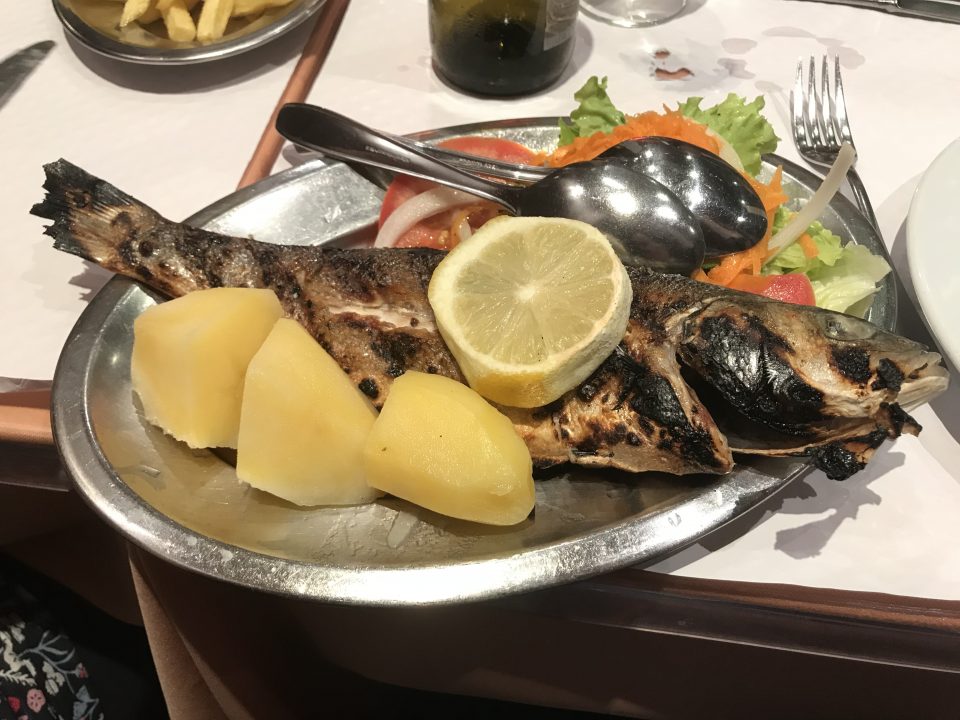 It was then time to have our evening meal and we decided upon O Cantinho da Rosa in Bairro Alto. We started with selection of cheese and pates. The sea bass I ordered for main course was absolutely incredible.

2017-09-23
Previous Post: Returning to Lisbon for a trip on the tram and to admire Praça do Comercio
Next Post: Lisbon’s Marquês de Pombal, Parque Eduardo VII, Rossio and Baixa