Famagusta and Salamis excursion from Paphos in Cyprus

By: ynysforgan_jack
In: Cyprus, Travel
With: 3 Comments

During my most recent holiday to Paphos, I decided to visit an area of Cyprus that I have never visited before. Since I have been to almost every part of the island, the obvious choice was Famagusta in the north. An area that is under the control of Turkey.

I had already visited Kyrenia, and since the only other feasible destination from Paphos is Famagusta due to distance. As a result, this was the destination that I decided upon.

The journey to Northern Cyprus 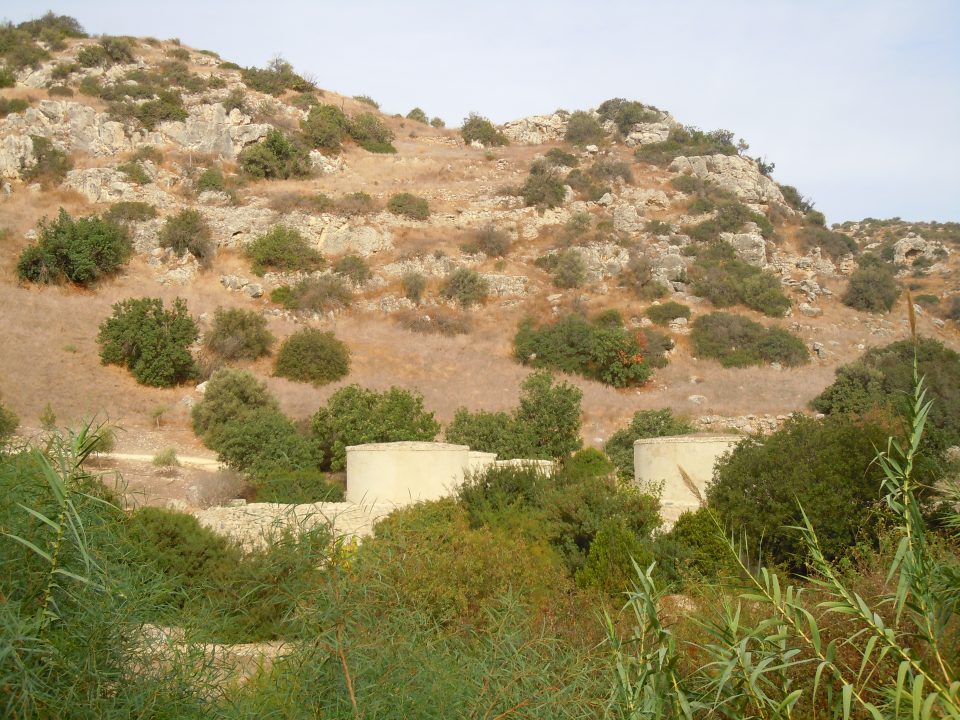 The coach picked us up from the Mayfair Hotel and apartments at 8am, for the trip to the eastern part of the island. There was a quick stop at services near Choirokoitia, a Neolithic settlement which I visited during my holiday last year.

If I was given the option or the time, I would have visited the site again. But as we were only given 20 minutes at the nearby services, I spent 18 minutes of the stop queuing for a drink and some crisps.

On approaching the border, our Cypriot guide gave everyone a complete rundown of the history of the Cyprus problem, which eerily sounded like the Lonely Planet account I had previously read. In the meantime, I got talking to an elderly gentleman on the bus, who served his national service in a British sovereign base near Famagusta and was visiting for the first time in 50 years.

Unlike my visit to Kyrenia, the crossing point this time was in the east. We were held here for some time as our Turkish ‘guide’ who joined the bus at this point, ensured everyone’s passports and visas were in order. 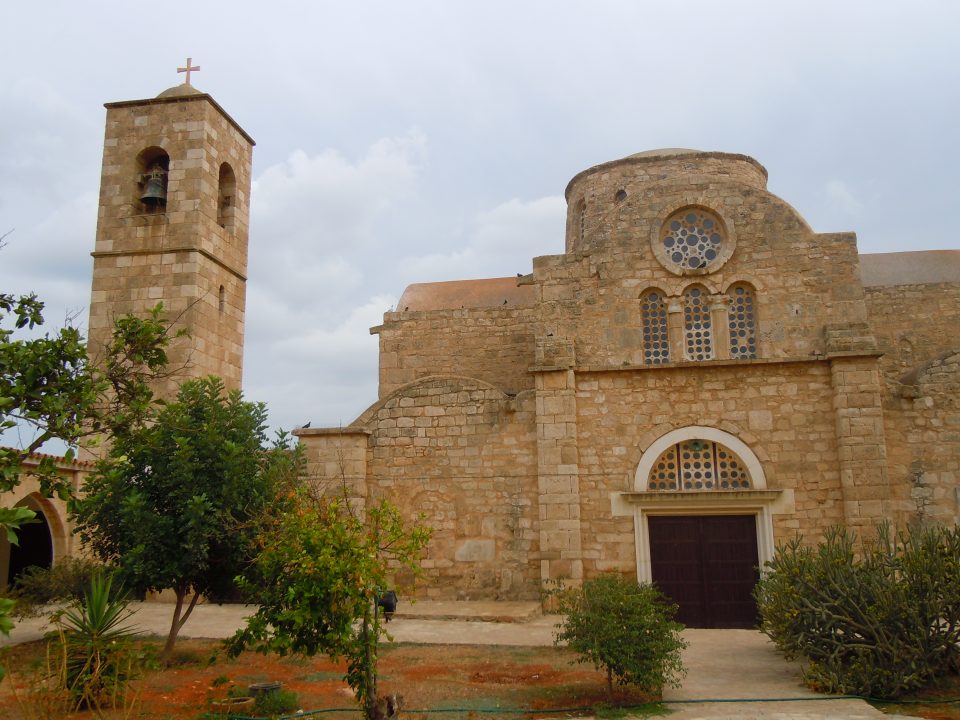 Once the practicalities were completed, the bus continued into Northern Cyprus, where the first port of call would be St Barnabas’ Monastery.

St Barnabas, the patron saint of Cyprus, was one of the earliest Christian disciples in Jerusalem.

While he was in the city of Jerusalem he was appointed Archbishop of Salamis, and in 45AD, returned to Cyprus. The plan was to convert the population to Christianity.

Barnabas managed to convert the Roman governor, making Cyprus the first country in the world with a Cypriot ruler. But during a second visit, he was arrested and stoned to death by Syrians. His remains were recovered and buried in a tomb under a carob tree where St Barnabas’ Mausoleum stands today.

The monastery itself consists of a church with some impressive icons, an archaeological museum and courtyard. 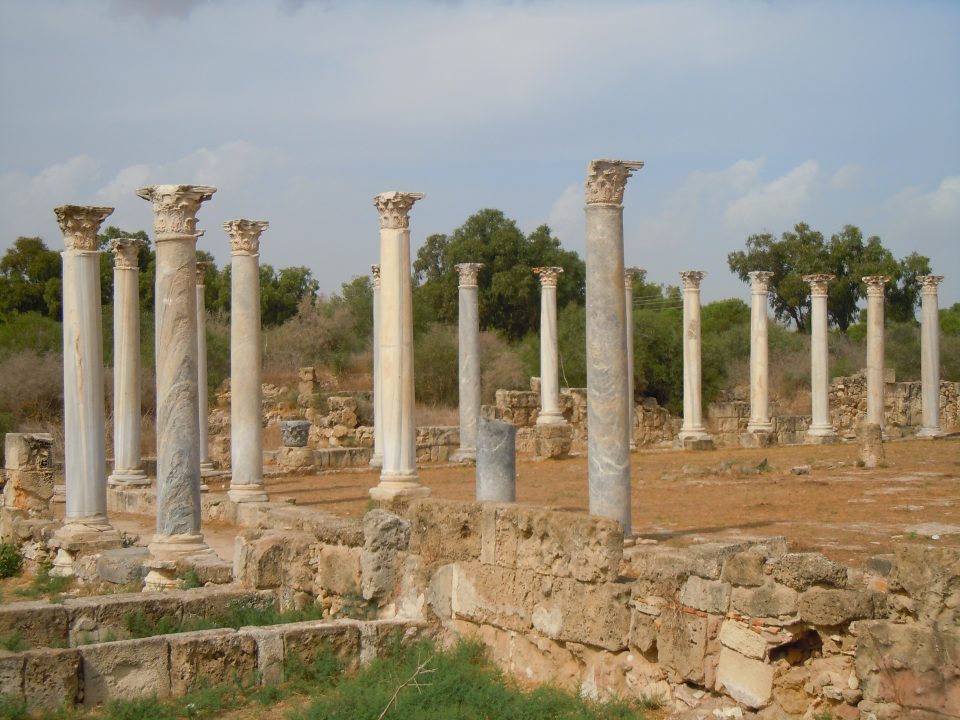 A very short drive away is Salamis, an ancient city-state on the outskirts of Famagusta. Since I was a kid, I’ve always been fascinated by historical sites and ruins, so Salamis was the site that I was most looking forward to visiting. I wasn’t disappointed.

My Lonely Planet guidebook told me that you would really need half a day to truly appreciate the site, so I was a little disappointed when we were given all of fifty minutes to see what we could.

I took this opportunity firstly to visit the gymnasium with its impressive columns, mosaics and headless statues. I then made a beeline for the theatre and ruins adjoining it, before reluctantly heading back to the bus. 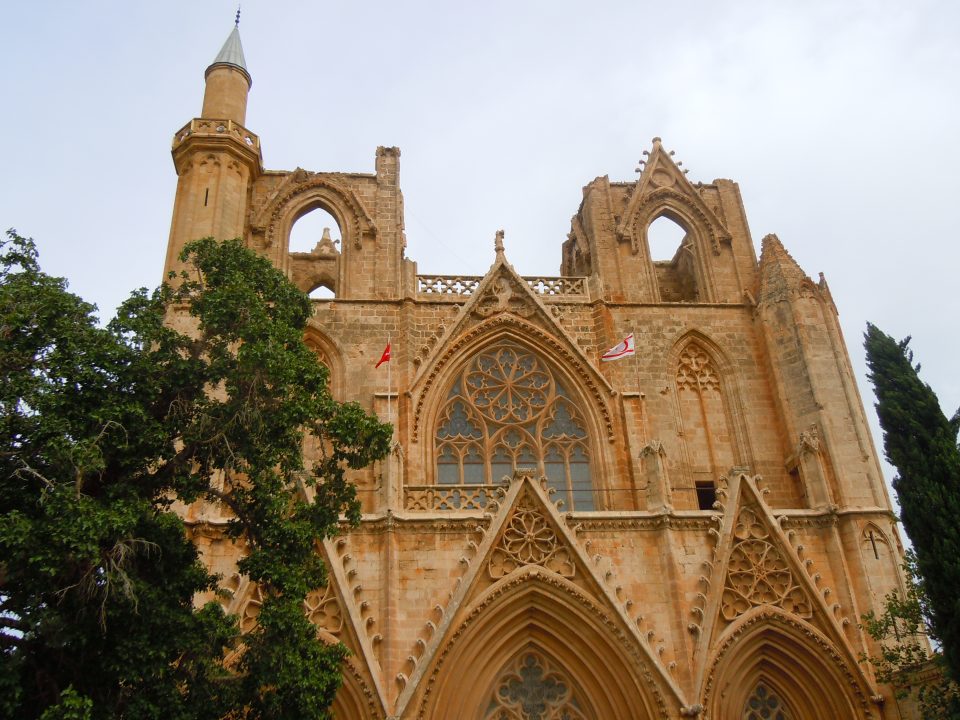 Next on the list was the old town of Famagusta that lies inside the Venetian Walls. We were quickly led to Lala Mustafa Pasha Mosque formally known as Saint Nicolas Cathedral. This is an imposing structure that has been dubbed “The Reims of Cyprus”.

Nearby, on part of the Venetian walls surrounding the town, is a citadel known as Othello’s Castle. In the Shakespeare play, Othello was a Venetian commander who was sent to Cyprus.

The castle is a bit plain, but you can get some good views of the city on the upper levels.

50 minutes were given after this to explore the old town of Famagusta. There are a number of fascinating ruins including St. George of the Latins and St George of the Greeks. 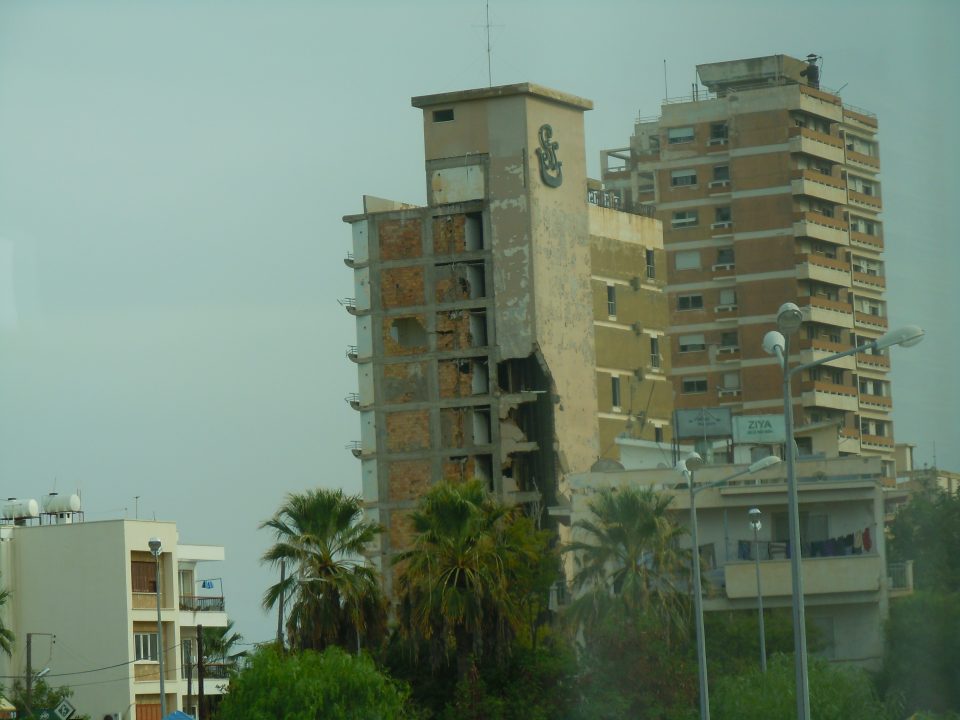 After reporting back to the bus, we drove past an area called Varosha. Prior to 1974, it was a modern tourist area but its inhabitants fled during the 1974 Turkish invasion of Cyprus. It has remained abandoned ever since with damage still visible on buildings.

I enjoyed the trip to see an area of Cyprus I haven’t seen before. There were lots of fascinating sites of interest to see. The only downside was that there wasn’t really enough time to see them in great detail.